As the world is progressing, the shackles of binary gender are slowly disintegrating to pave the path for a much broader spectrum of gender. Traditionally labeled as male or female, the gender spectrum has been constantly evolving to include transgender, gender fluid, and many other kinds with which people can identify themselves with. Despite the much-required growth in freedom of gender expression, many people who dare to break the norms are often harassed, persecuted, tortured, or in many cases, murdered. Though there has been a considerable increase in the number of allies who have come forward to defend the rights of non-binary people, the world still needs to be much more receptive with empathy and kindness. Leading at the front are the brave non-binary celebrities who are making an impact on how people perceive the spectrum of gender. 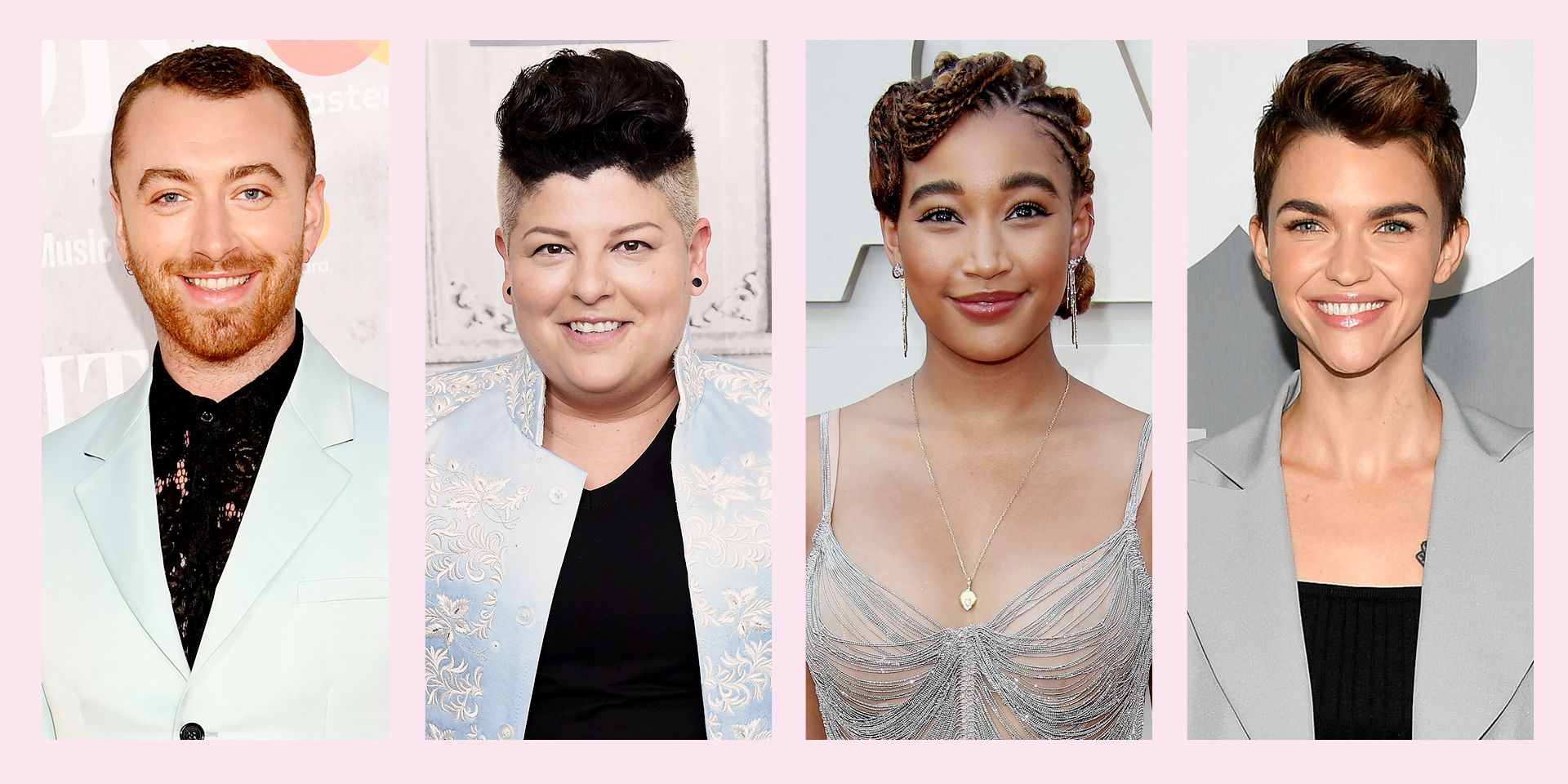 Related: Ant-Man and the Wasp: Quantumania Coming In 2022? 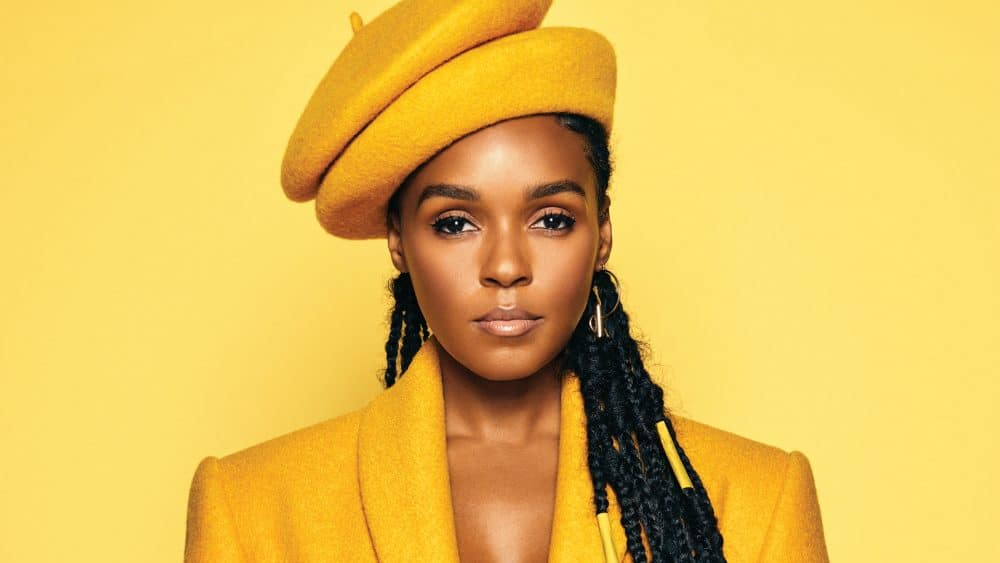 The Billboard Woman in Music Rising Star Award singer turned actress is one of the most successful singers in the music industry. With eight Grammy nominations, Janelle Monáe had also starred in the Academy Winning Movie Moonlight. The singer has recently revealed that she identifies herself as a non-binary individual. On Friday, Monáe retweeted a gif of a non-binary character from the animated Cartoon Network show, “Steven Universe,” with the caption “‘Are you a boy or girl?’ I’m an experience.'”

In Monáe’s retweet, she added the hashtag “#IAmNonbinary” with the Saturn emoji. Recently, the singer has also identified herself as pansexual. However, it is not yet revealed if Janelle Monáe prefers the pronoun they/them. 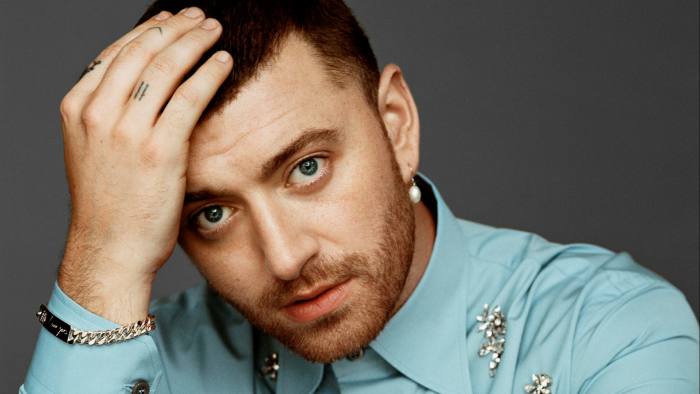 After constantly being in battle with gender identity, Sam Smith is currently using the pronoun they/them. The English singer and songwriter had received widespread acclaim for Writing’s On The Wall, which was used in Spectre (2015), the 24th film in the James Bond franchise starring Daniel Craig as the titular spy. In a conversation with actress Jameela Jamil in March, Sam Smith talked about their gender identity as well as other topics relating to body image. “I’m not male or female. I think I float somewhere in between,” Smith said during the interview, which was part of Jamil’s Instagram show “I Weigh Interviews.” Smith later took on to Instagram to announce their identity and acknowledged the tough road ahead with misgendering and overall confusion. 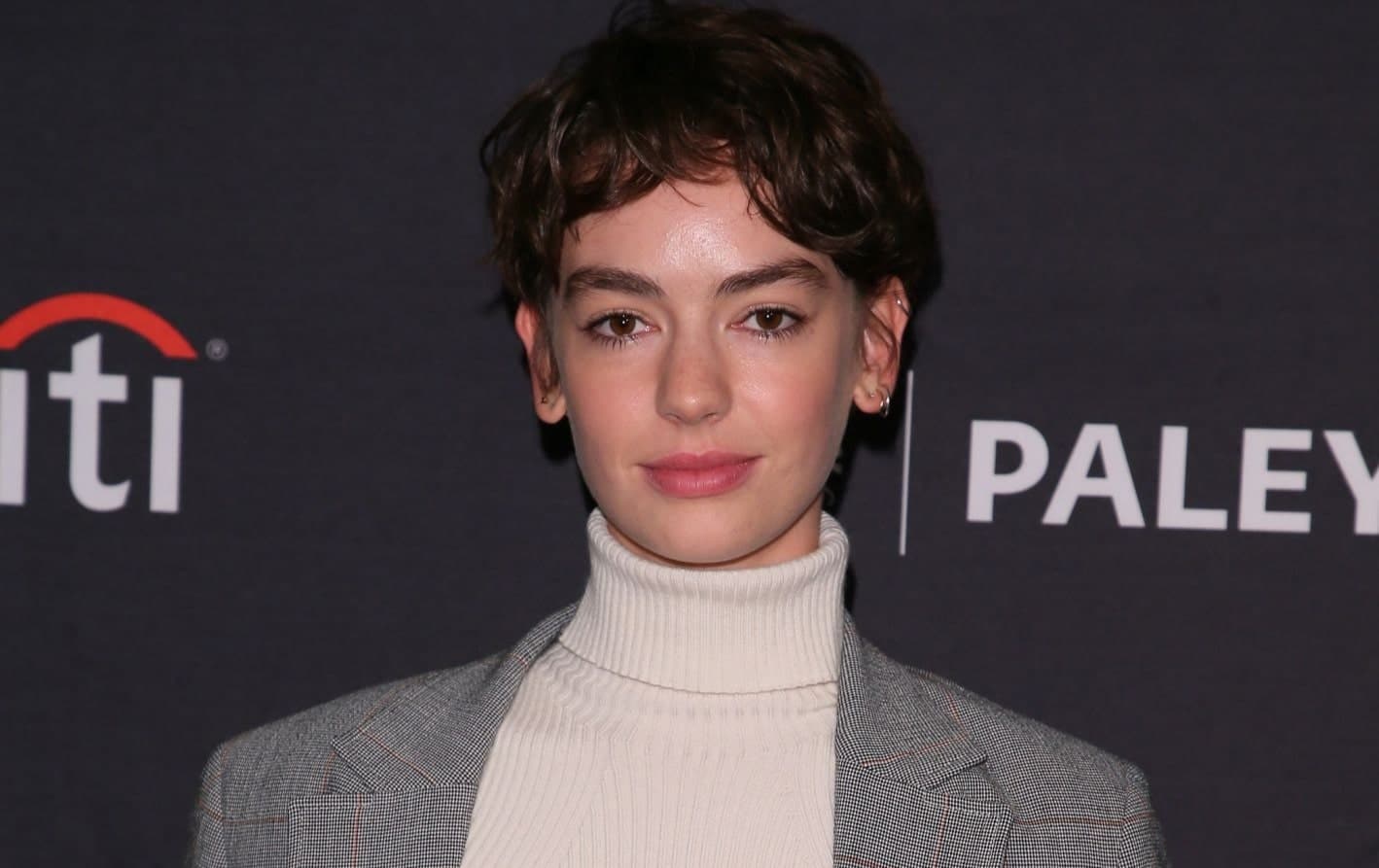 Brigette Lundy-Paine starred in the 2017 film The Glass Castle followed by Netflix’s Atypical. Having chosen to use the pronoun they/them, Lundy-Paine took to Instagram to announce their gender identity.

“I’m non-binary, always felt a lil bit boy, lil bit girl, lil bit neither. using they/them as of late n it feels right,” Lundy-Pain wrote. “scary af to come out n been rly putting this off. But I feel I owe it to myself and to all of us who struggle w gender. If you’re NB comment and celebrate yourself! u r beautiful and u r whole.” 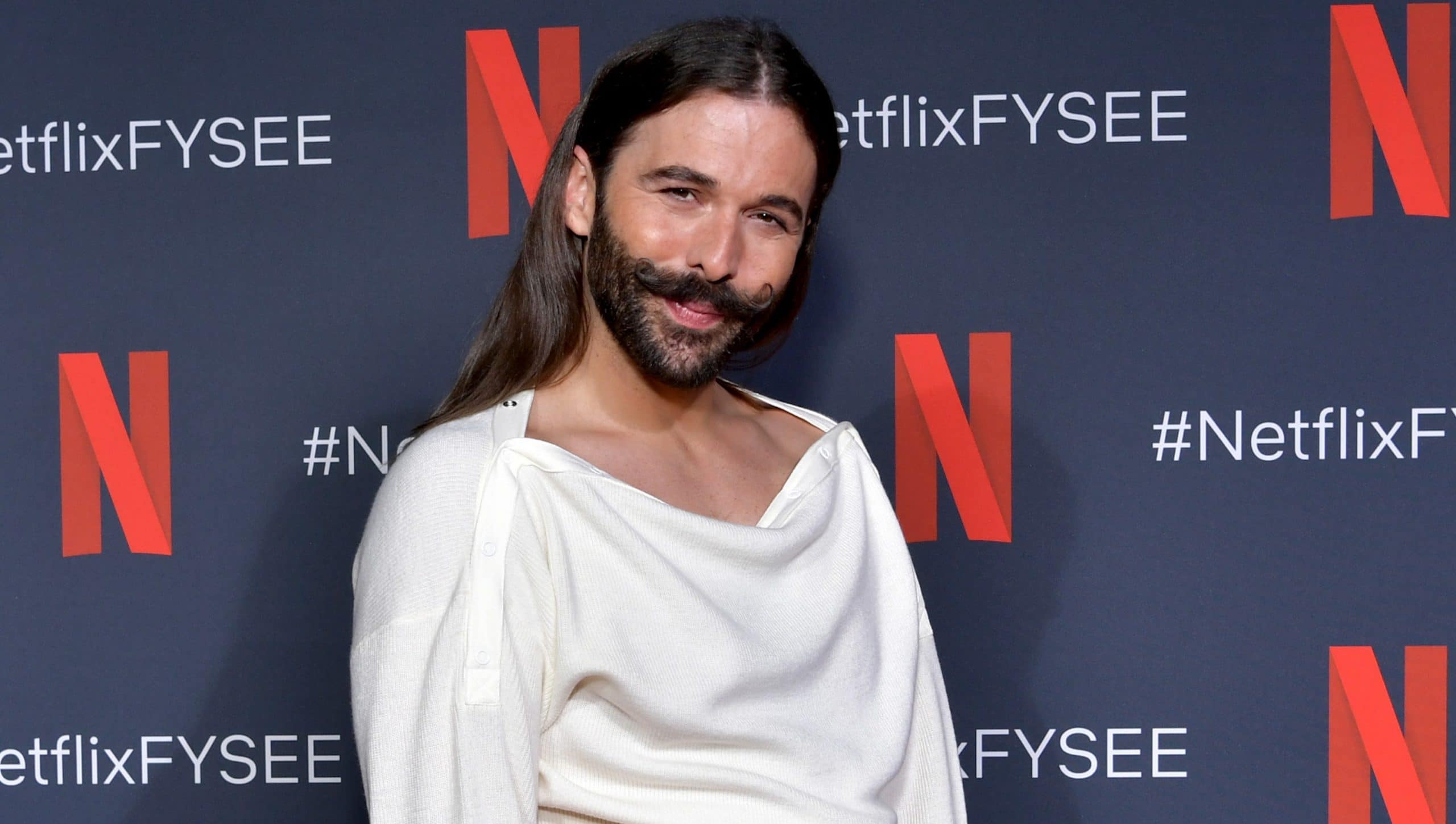 As a part of the Fab Five, Jonathan Van Ness stole everyone’s heart when he appeared in Netflix’s reboot of Queer Eye as the glamorous grooming expert who has been making headlines with his gorgeous red carpet outfits. A beacon of self-love and self-expression, Van Ness has candidly shared his experiences, identifying himself as gender nonconforming.

“I’m gender nonconforming,” he said. “Like, some days I feel like a man, but then other days I feel like a woman”. He further explained how he came to this conclusion, stating, “I think that a lot of times gender is used to separate and divide. It’s this social construct that I don’t really feel like I fit into the way I used to.” 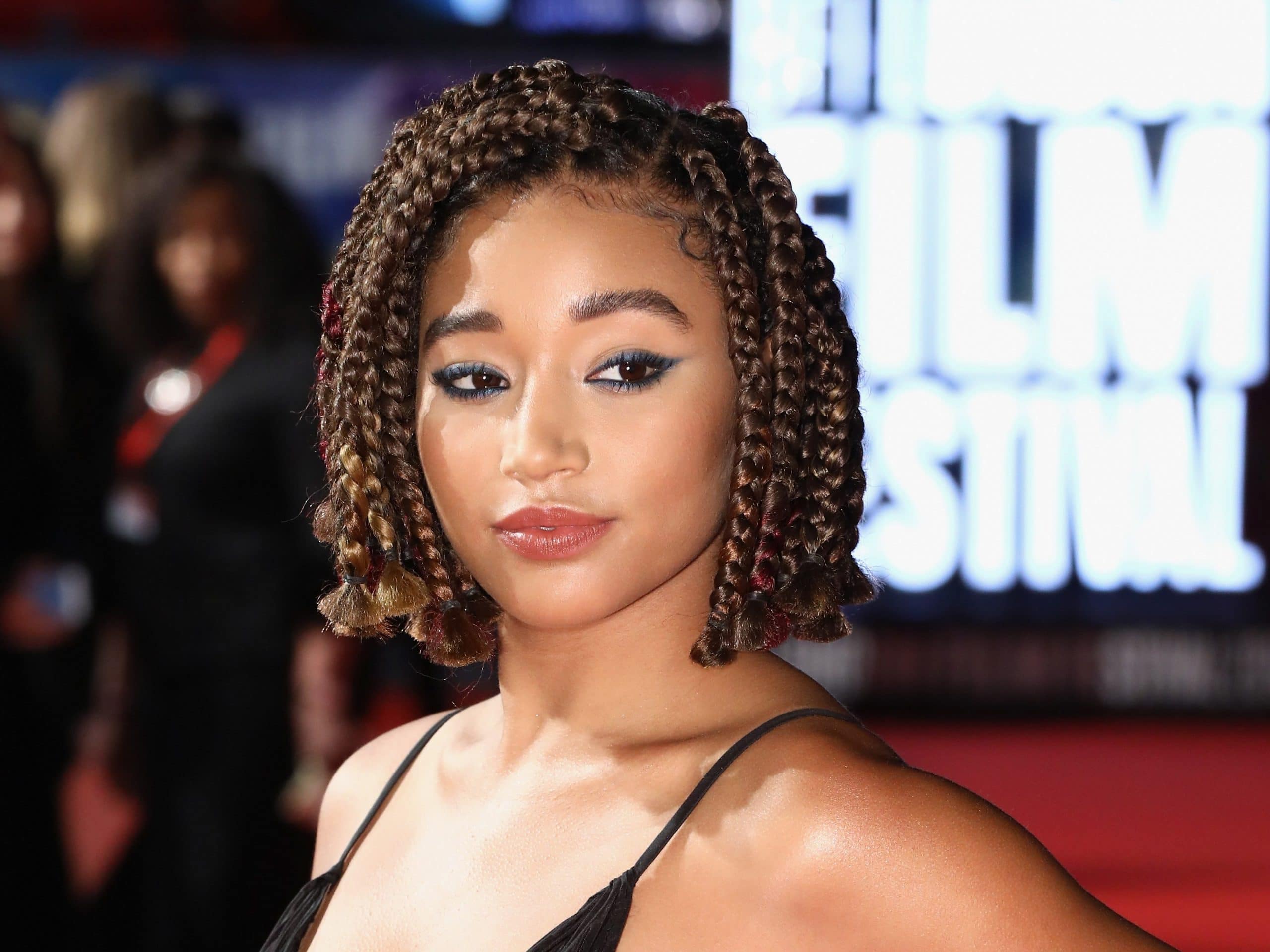 Amandla Stenberg made her major breakthrough when she played the role of Rue in The Hunger Games. Since then, she has starred in a few widely acclaimed movies like Everything, Everything (2017), The Hate U Give (2018), Rio 2 (2014), and Where Hands Touch (2018). Back in 2016, Stenberg came out as non-binary, while identifying herself as gay. However, she doesn’t feel the need of using gender-neutral pronouns as she believes it is quite detrimental to use them for herself when others truly need them. 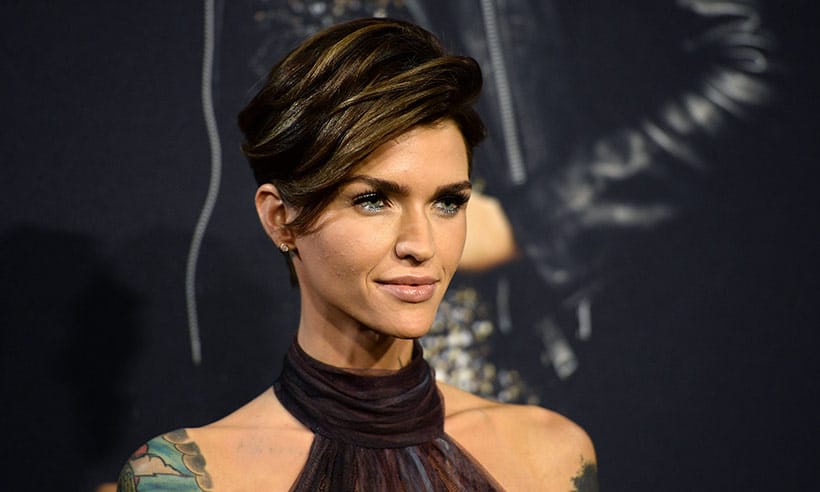 The former Batwoman lead has made a short film named Break Free that is an ode to gender fluidity. Identifying herself as gender-fluid, the Australian model has been quite candid about her experiences. Since her birth, she has always felt like a boy, to the point of praying to not develop breasts. However, Rose has found peace at a gender-neutral place, for which she is grateful. In 2014, she put up a video on YouTube that was viewed by more than 50 million viewers. The video was a therapeutic experience on being trans, and how it feels to be different from the status quo. 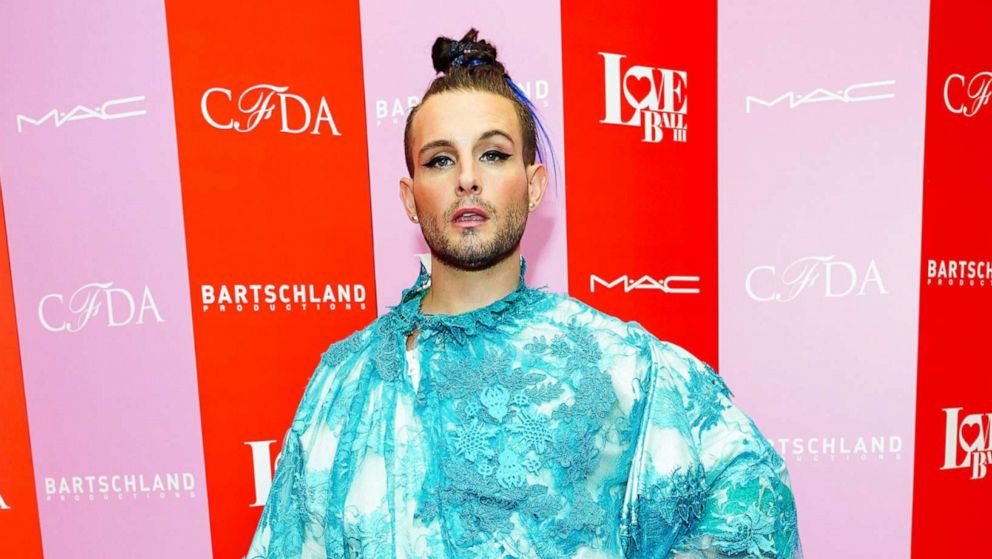 The breakout star of TV Land’s Younger, Nico Tortorella identifies as gender-fluid and uses the pronouns they/them. In their book Space Between, Nico has written about their approach towards gender, sexuality, and monogamy. Married to Bethany C. Meyers, Nico has confirmed that their marriage is polyamorous in nature. In their Instagram post, the star had posted the following:

“We are ALL multidimensional dynamic creatures and as much as I understand the spectrum, the less I believe in the binary of gender, the more liberated I myself am becoming”. 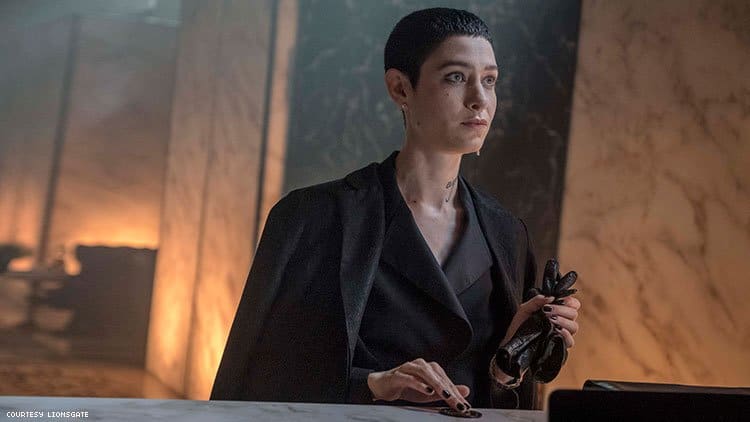 Having starred in the critically acclaimed Orange Is The New Black and Billions, Asia Kate Dillon recently starred in the third installment of the John Wick franchise as The Adjudicator. According to Dillon, they were able to impart their non-binary identity to the character of the Adjudicator after consulting with Keanu Reeves and Chad Stahelski. 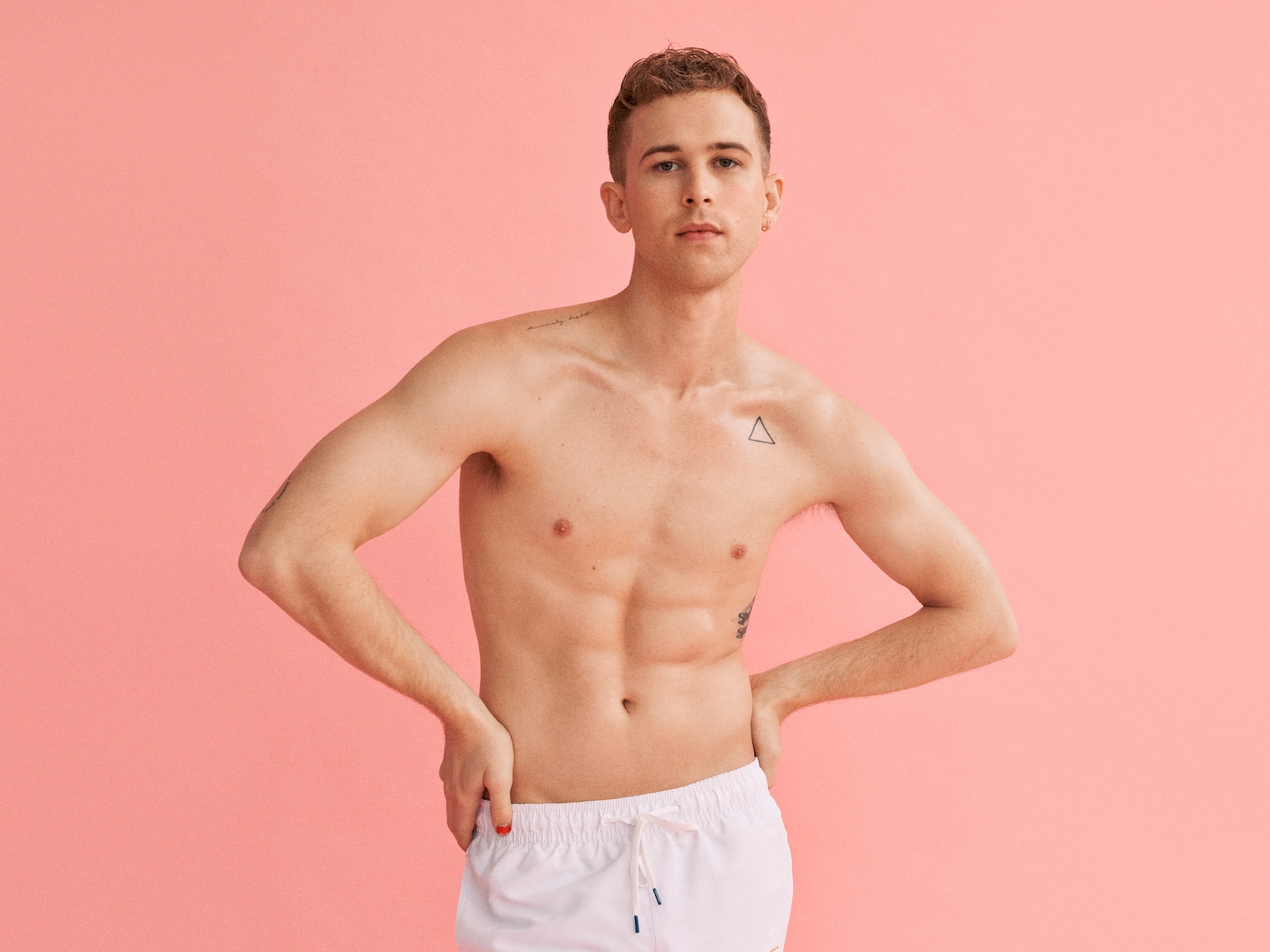 Related: Money Heist: Everything You Need To Know About Season 5

Tommy Dorfman played the role of the openly-gay character of Ryan Shaver on Netflix’s widely acclaimed 13 Reasons Why. Since then, Dorfman has appeared in the final season of Jane the Virgin and alongside Nico Tortorella in the 2019 movie Fluidity. Identifying themselves as gay, Tommy Dorfman has often talked about the insecurities of being a gay person in the industry. While Dorfman is physically and biologically a male, they identify their thoughts and spirit to be feminine in nature. 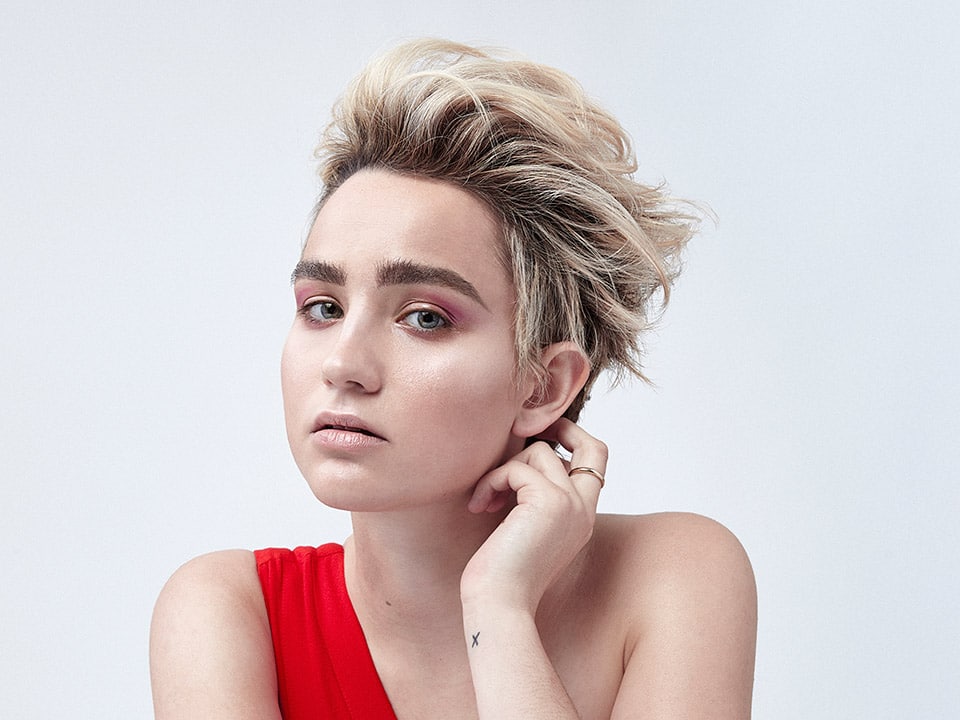 With a flourishing career in the industry, Bex Taylor-Klaus has starred in Netflix’s Dumplin, AMC’s The Killing, CW’s Arrow, and MTV’s Scream. Identifying themself as trans and non-binary, Klaus has spoken about the stigmatization of exploring gender.

“In this day, exploring gender is taboo and stigmatized but to a lesser extent [than in the past], and it’s something that I’ve always been a little bit afraid of because my industry can be a little bit brutal”. 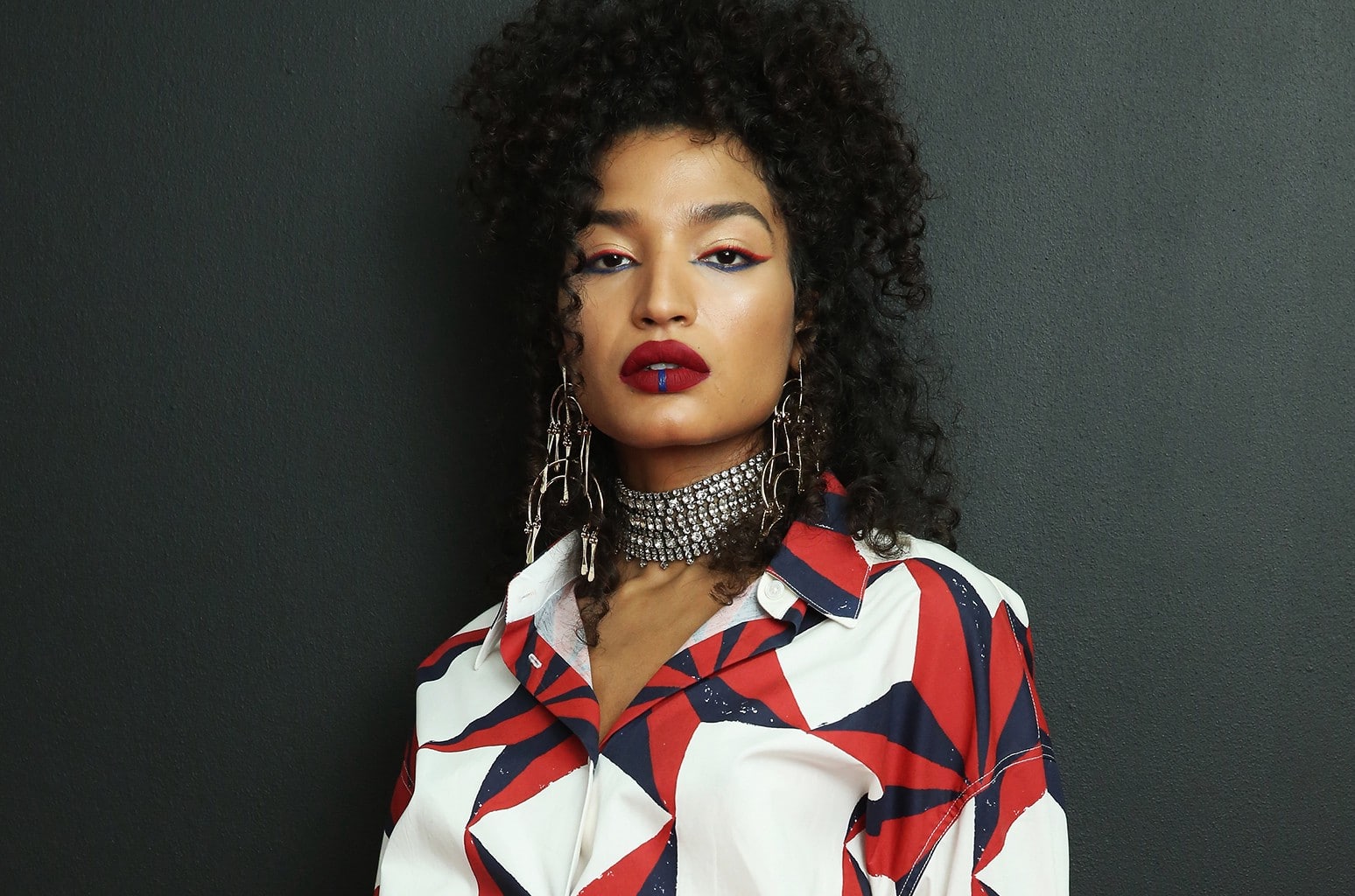 Considered to be one of the top 100 influential people in the world in 2019 by TIME magazine, Indya Moore is transgender and non-binary, who uses the pronouns they/them. Best known for playing the role of Angel Evangelista in FX’s Pose, a show that explores New York City’s African-American and Latino LGBTQ and gender-nonconforming drag ball culture scene in the 1980s which has received critical acclaim. 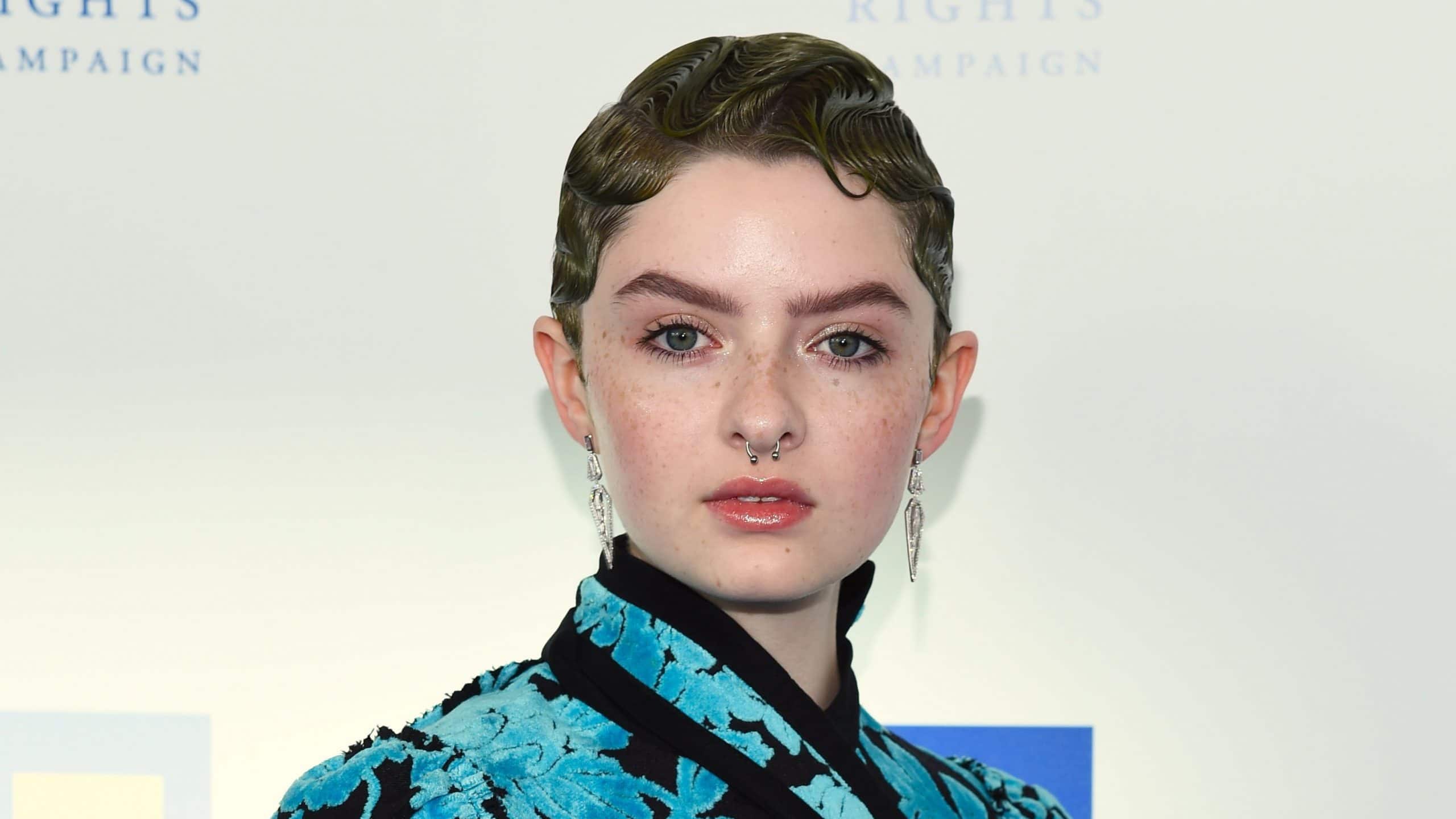 Instead of identifying themself as gender-fluid, Lachlan Watson uses a much more expressive term: gender freedom. As one of the youngest non-binary actors in the industry, Watson made their breakthrough in Netflix’s Chilling Adventures of Sabrina where they play the role of trans teen Theo Putnam. 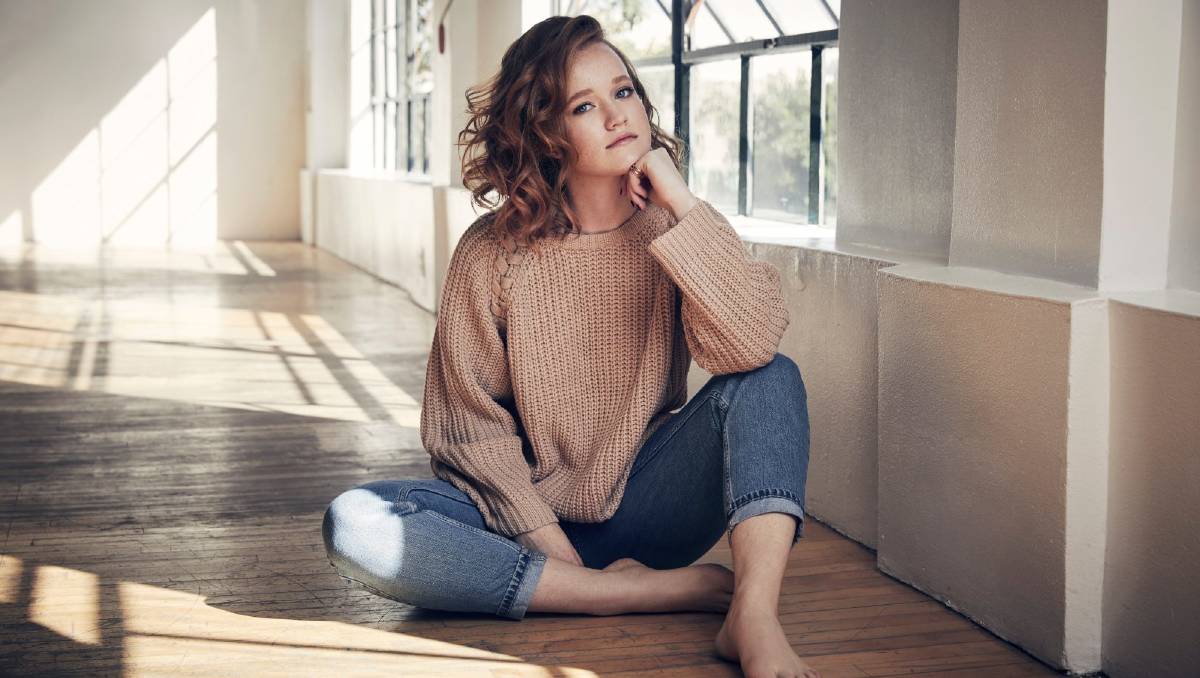 Having starred alongside Timothy Olyphant and Drew Barrymore in the now-canceled Netflix’s dark comedy Santa Clarita Diet, Liv Hewson has also starred in the Australian comedy series Back In Very Small Business and Marvel’s Inhumans. Apart from being an actor, Hewson is also a playwright, who often re-imagines fairy tales with queer characters. Having come out as non-binary when they were 16, Hewson has spoken about their insecurities regarding their gender identity in the professional world. 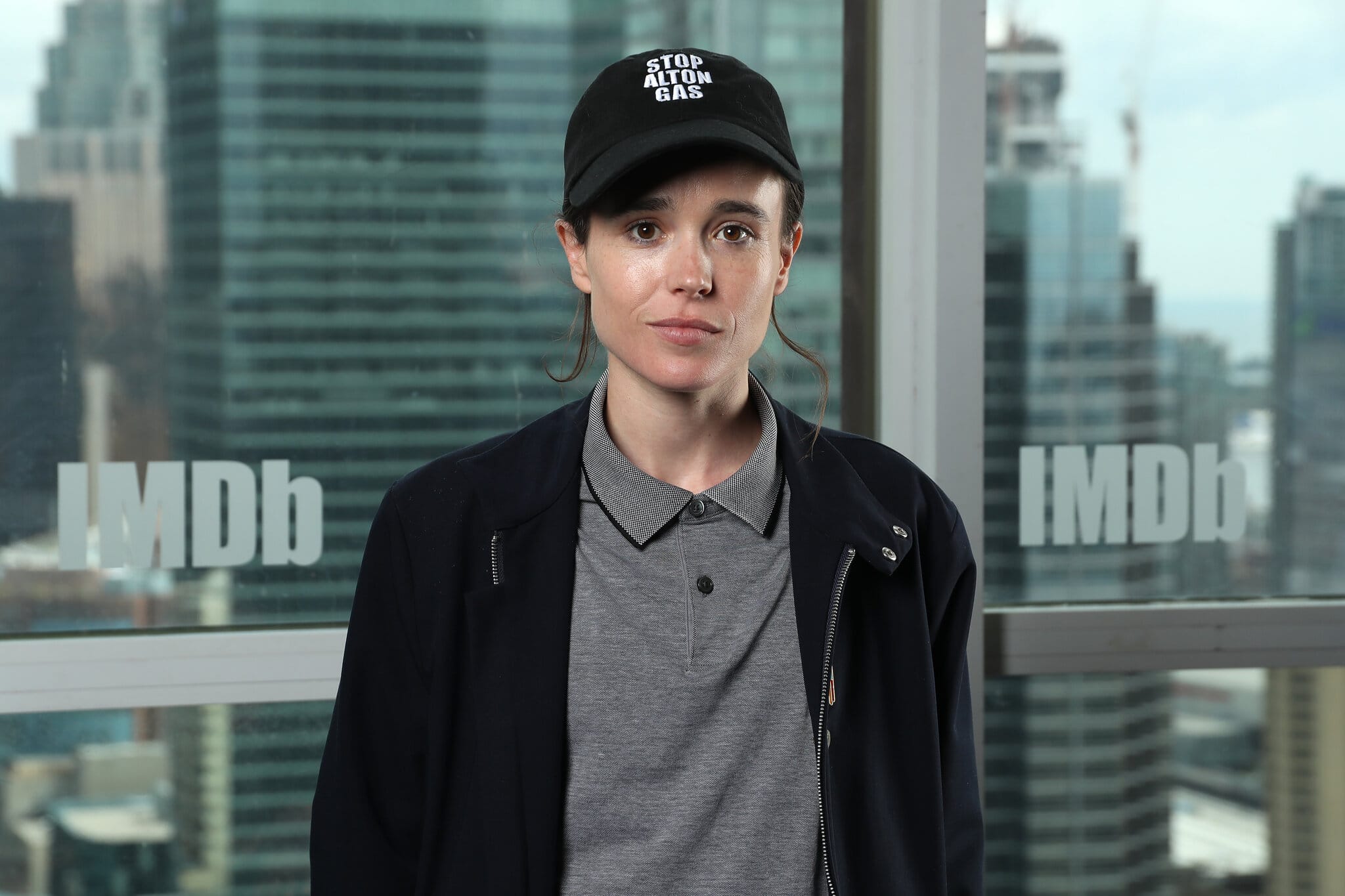 The latest star to identify himself as non-binary and transgender, Elliot Page has starred in the Academy Award-winning film Juno, Netflix’s The Umbrella Academy, and in Fox’s X-Men movies as Kitty Pryde. His heartfelt letter on social media resonated with millions of queer people across the world as many came out in support of the actor’s decision.

“I feel overwhelming gratitude for the incredible people who have supported me along this journey. I can’t begin to express how remarkable it feels to finally love who I am enough to pursue my authentic self.“