Power is relative. What you may think true power is varies from person to person. We may think Kang is all Powerful. For these entities, Kang might be just another cockroach. 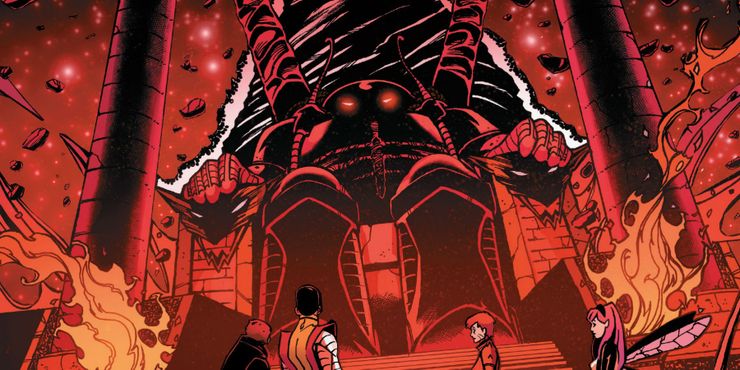 Cyttorak is a resident of a dimension called the Crimson Cosmos. He and seven other deities took part in a wager, Cyttorak placed a fraction of his power in the Crimson Gem of Cyttorak, the gem that gave the Juggernaut his unstoppable momentum. A being of pure magic, Cyttorak’s prowess is a behemoth compared to Kang’s. 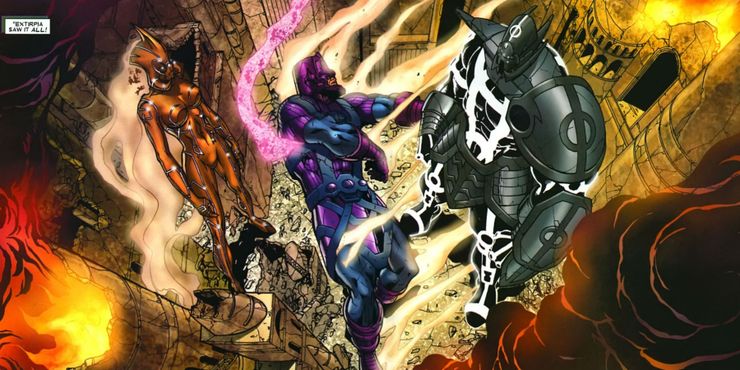 The Proemial Gods were the architects of the Universe. They were the ones that created life, oversaw it, and destroyed it as they deemed fit. Diableri, one of the Proemial Gods, realized that they would soon be obsolete. To prevent their extinction, he tried to remake the universe but was stopped by Galactus. They are five in total with each having the strength and abilities of an omnipotent cosmic being. 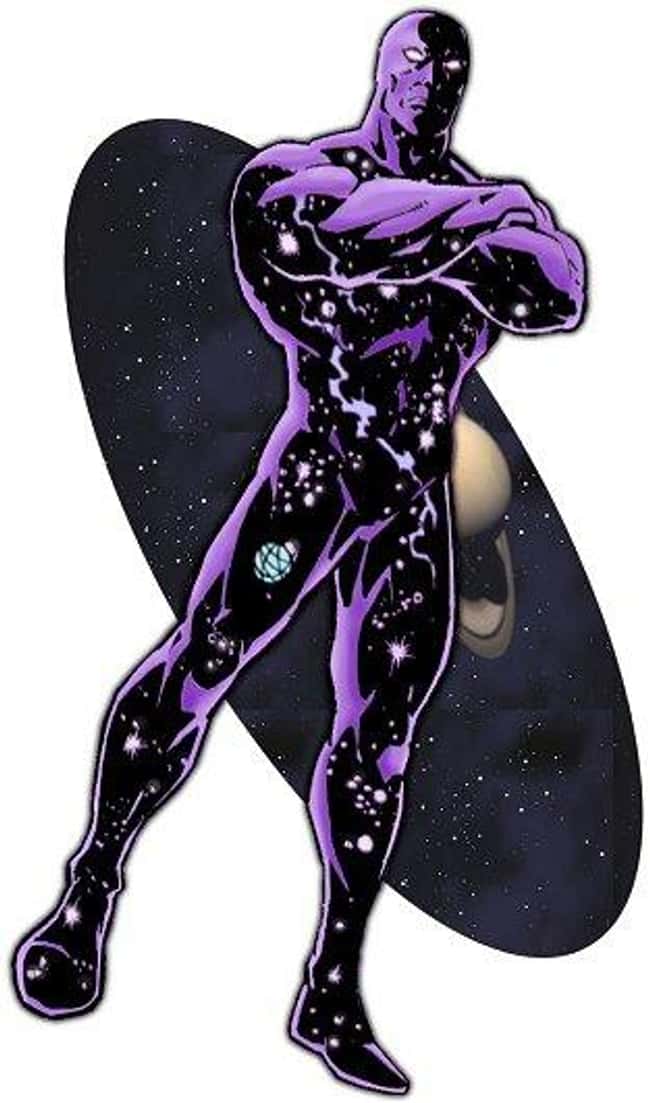 Kronos is an Eternal and a distant relative of Thanos. He once resided on Titan when the universe was still young. After gaining the ability to manipulate the space-time continuum as he saw fit, Kronos became a figure of cosmic importance. He now oversees the flow of space and time in the Marvel Comic Book Universe. 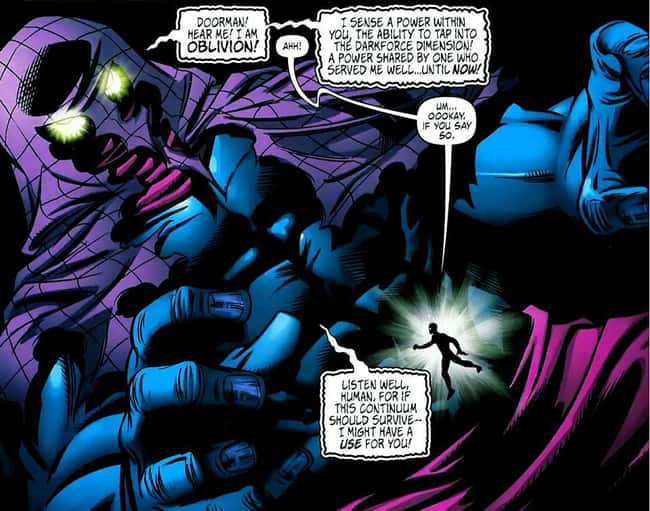 Oblivion is a Cosmic God with a very close relationship with Death. He represents nothingness and non-existence. the entity lives in a dimension outside the universe called the Outer Void. At times, he has tried destroying all reality and remake it in his own image. Thankfully his plans never came to fruition. 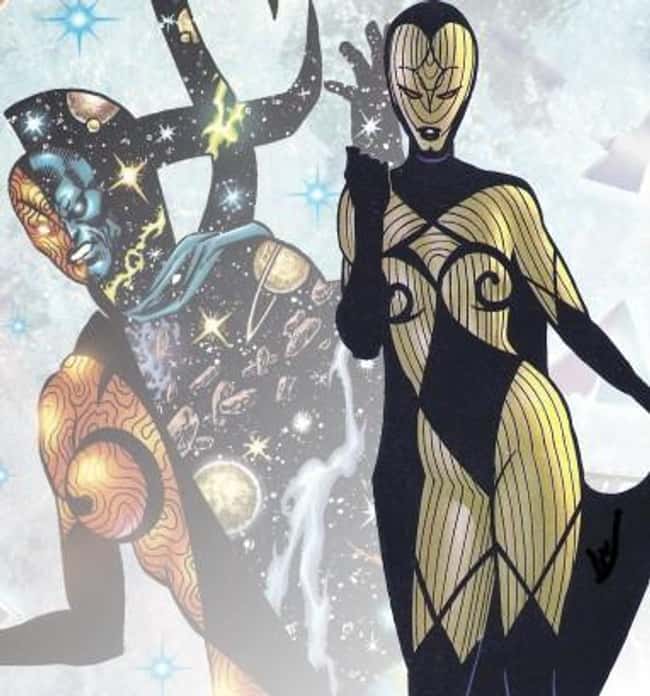 Infinity represents the infinite potential of the universe. He is the polar opposite of Oblivion, who represents the black void of non existence. Eternity and Infinity are a close knit team. Infinity’s siblings are Eternity, Oblivion, Galactus, and Death. 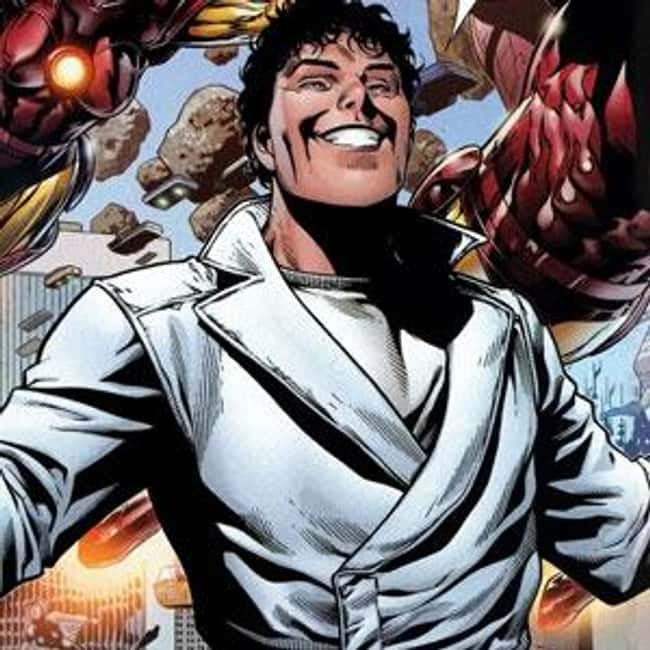 After scientist Owen Reece split open reality to open a pathway to the Beyond-Realm, the sentient energy that came from outside the Multiverse became the Beyonder. The entity now masquerades as a human, trying to learn the entirety of the emotional spectrum. He is a being that has a power that dwarfs the entire Multiverse combined. But he likes just observing from a distance. 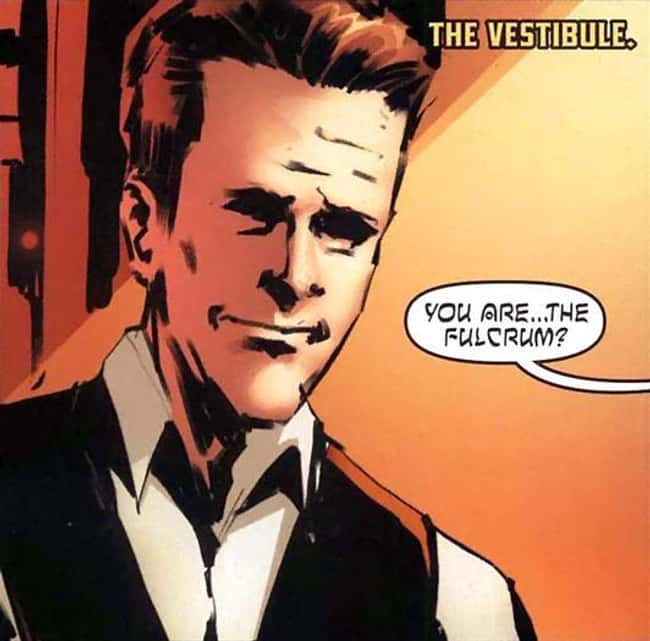 The Fulcrum is the entity the Celestials, the Horde, and the Watchers serve. He is a nigh omnipotent entity who knows all, sees all, hears all. And he can do it all. Also, the Fulcrum is Jack Kirby. Even Kang wouldn’t want to mess with him. 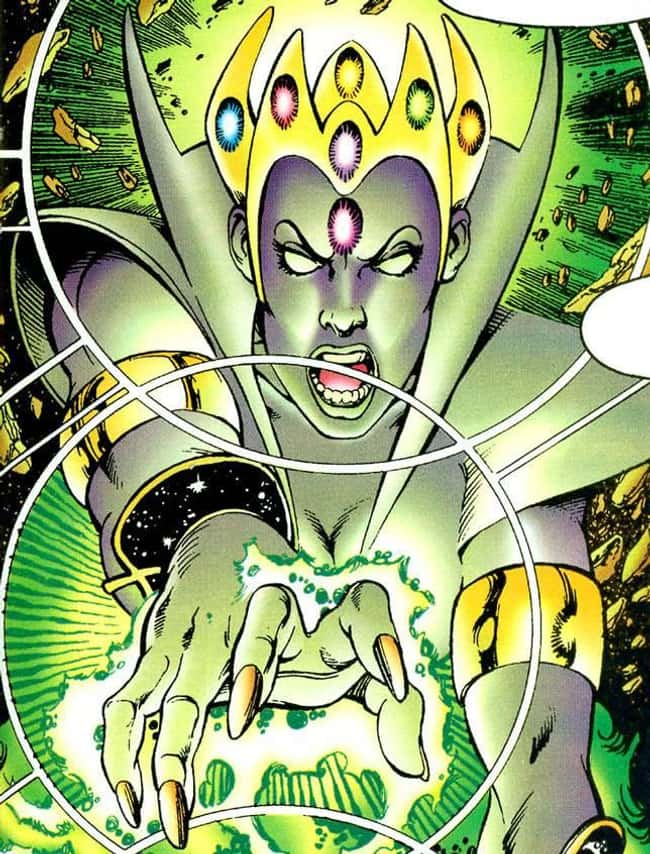 Nemesis is the Goddess whose power was so great she was split into the six reality altering Infinity Gems. The MCU calls them Infinity Stones.

She is undoubtedly one of the most powerful beings in the Marvel Cosmos. Death is also the sibling of Infinity, Oblivion, and Eternity. Thanos is in love with her. 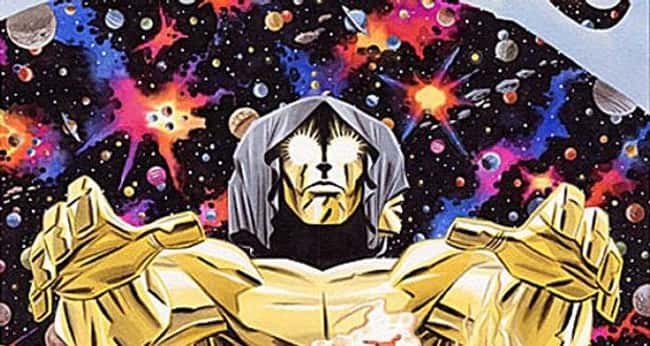 The Living Tribunal stands for cosmic justice and balance. He will stand guard over all reality and punish those who threaten its fabric. The entity answers only to one entity and is widely considered the second most powerful cosmic entity the Multiverse has ever seen. 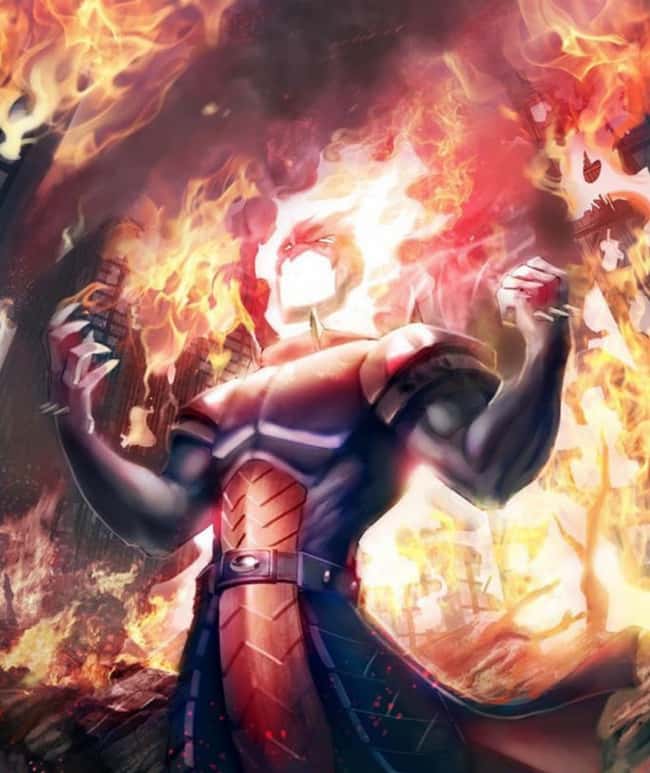 A being of pure magic, Dormammu was once an ordinary being who was banished by his people for bringing them the gift of matter manipulation. Now the ruler of the Dark Dimension, Dormammu commands so much magical energy even the Council of Kangs would tremble before him. 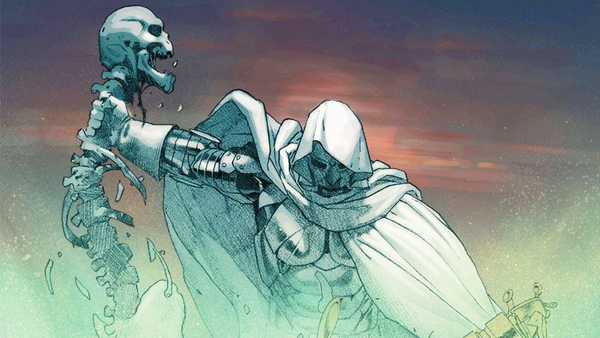 God Emperor Doom channels the power of thousands of Beyonders in his body. With his newfound abilities, Doom defeated the Living Tribunal, the Watcher, Infinity, and many other cosmic beings. He has one shot Galactus and defeated both Odin and God Quarry Thanos. If Kang is ever in trouble, expect God Emperor Doom to show up pretty soon. 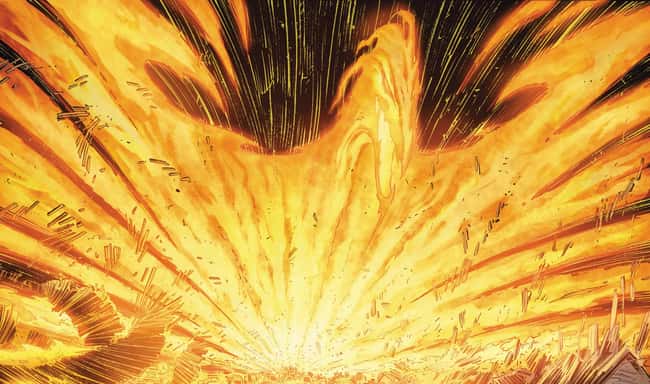 The Phoenix is an entity that governs all life that ever was, is, or will be. with the power to create and destroy anything, the Phoenix stands guard over the Multiverse. 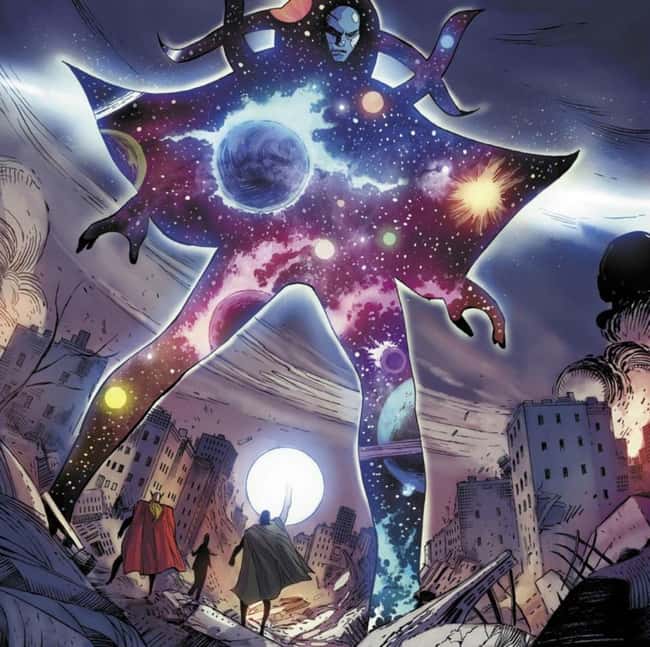 The entity was around even before the universe began. He represents the eternal time and reality. He will always be there no matter how old the universe gets

The One Above All

The One Above All is the supreme being of the Marvel Comic Book Universe. He is the only entity that has true omnipotence. Despite his vast strength, The One Above All does not interfere in the matters of the universe unlike his counterpart – The Fulcrum