There are plenty of amazing films that feature gynoids, robots, cyborgs, androids, and whatnot. This genre has always been a favorite of adventure and sci-fi cinema lovers. Having interesting characters and rich storylines is the reason why robotic movies have lasted so long. With that said, some fans have noticed some very minute details about these 15 movies that most of us didn’t care about. 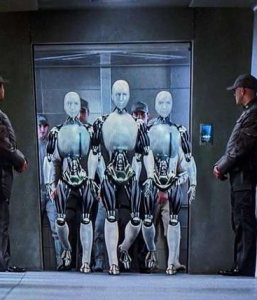 A fan noticed that in I, Robot, Sonny is not there when other robots were escorted in the lock-step. This depicts that he is unique and different from everybody else.

HAL defeats Frank in chess effortlessly in 2001: A Space Odyssey. It seems like Frank was mouthing his strategy when he was thinking. He was unaware of the ability of the computer that it can read his lips. 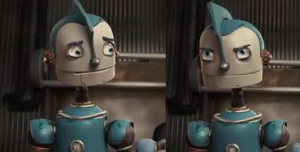 Rodney Copperbottom is seemed to have a small gauge on his chest in Robots. When he gets angry, the gauge goes up. 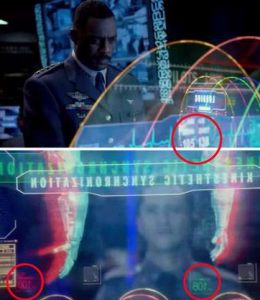 In Pacific Rim, Raleigh’s heart rate goes 138 while Yancy’s heart rate remains 105 during the Gipsy Danger scene. It shows that while Yancy is calmer, Raleigh is prominently excited. 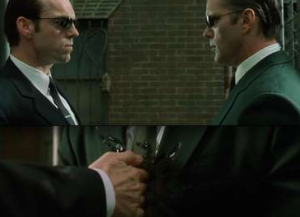 Everything is tinted green in The Matrix. But when Smith becomes a rogue program, a charcoal black suit appears on the screen. It was somewhat like Neo’s clothes.

When Swinton’s door opens in A.I. Artificial Intelligence, Davis appears like he has an alien-type body shape. He remains out of focus, foreshadowing the evolved mechas. 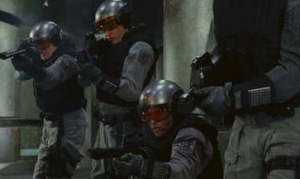 In a scene in Total Recall, the guards have these wrist computers that were actually ‘just calculators.’ 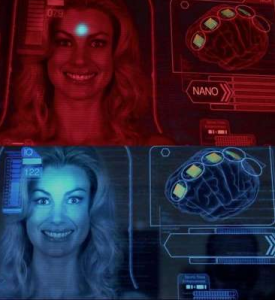 As Walter disables the Stepford program in The Stepford Wives, we see Sarah’s I.Q. go up on the screen. 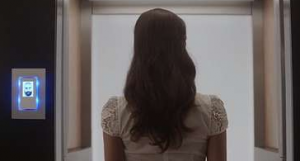 When Ava opens the elevator to escape in Ex Machina, she swipes a key card that displays Nathan’s face on it. She took it from Nathan in the previous scene. 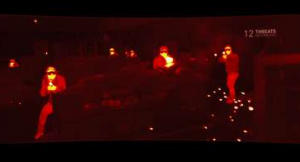 The thermal visions in RoboCop display the ejected casings and gun barrels as ‘hot.’ 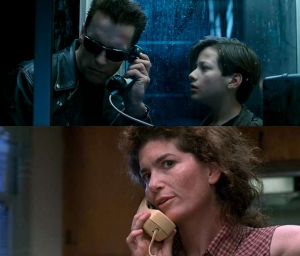 T-800 and T-1000 impersonate other people when they talk in Terminator 2: Judgment Day. That was the only when then they actually talk to each other. 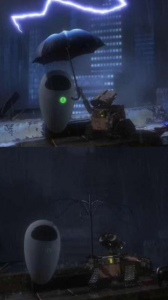 When the lightning strikes Wall-E’s umbrella in Wall-E, the energy from the bolt recharges his battery back to full. 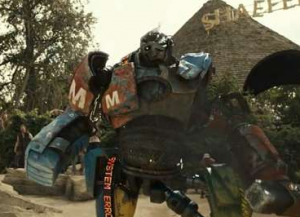 Metro’s LED displays an ‘ERROR’ message in Real Steel. It happens when the bot begins to malfunction. 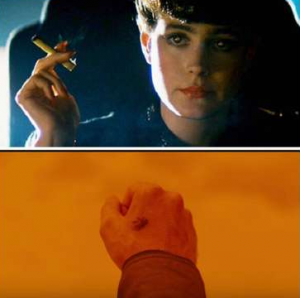 Rachel takes a test to figure out whether she is a replicant or not in Blade Runner. Deckard echoes, “a wasp lands on your arm.” To this, Rachel replies, “I would kill it.” Then in Blade Runner 2049, a bee appears on K’s hand, and he just stares at it. 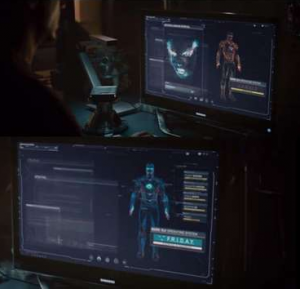 When Tony Stark uploads Friday’s suit in his suit, we can clearly see the A.I.’s face on the screen in Avenger: Age of Ultron.