“It’s a bird, it’s a plane, no it’s…” well we all know what comes at the end of this line, Superman! He’s is the first ever and undoubtedly one of the most iconic Superheroes in pop culture history, he’s the symbol of peace and justice ever since his first comics debuted in 1938.

Although he’s been considered to be a boy scout when it comes to his nature, but don’t get fooled by his modesty, he’s one of the strongest superheroes in the DC universe, some say he’s the strongest too though, so we decided to do a little research to determine if it was indeed true. The best place to start? With the other family members of The Man of steel of course! So here are the 15 strongest members of the Superman Family, Ranked. 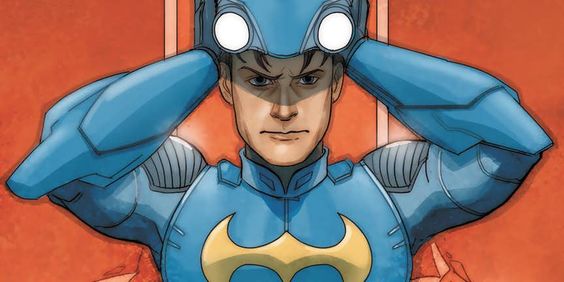 He’s the son of General Zod and Ursa, his birth name was Lor-Zor. He was born in the Phantom Zone and raised there as well, he escaped the phantom zone due to him being abused by his parents and came to earth where Superman adopted him and gave him his adoptive name Chris Kent.
Upon coming on earth he became the avatar of Nightwing, inspired by a mythical figure on Krypton, although not as strong as Superman himself he has some unique abilities, which includes his immunity to some forms of Kryptonite and telekinetic powers. 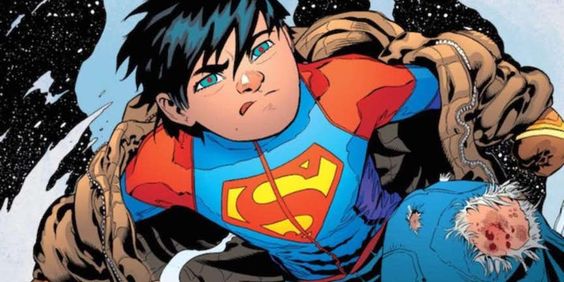 After the new 52, when DC went for another reboot, called DC Rebirth due to poor sales of the new 52 comics, DC Comics introduced a new Kryptonian Jonathan Kent. He’s the son of pre-new 52 Lois Lane and Clark Kent.

Although the full extent of his powers is still unknown, and he’s nearly not as well trained as his father is, he still a powerful Kryptonian, and has taken on the Superboy mantle, officially. As for his training, his father sent him to train with Batman’s son Damian Wayne.

He’s a clone of Superman who has some abilities of a Kryptonian and some unique abilities of his own like “Tactile Telekinesis” Which allows him to fly like Superman and also provides him with enhanced strength and invulnerability.

He went by the name “The Metropolis Kid” during the “Reign of Superman” storyline but Superman later adopted him gave him his present Kryptonian name “Kon-El”. 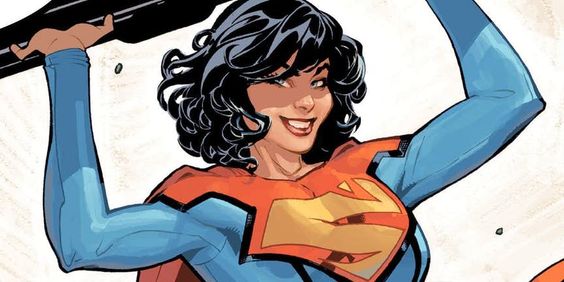 Though Lois has dawned the red cape on various occasion, but the most recent occasion was DC Rebirth, at the start of Rebirth there were two Lois Lane, The new 52 Lois Lane and The pre New 52 one, and DC had to let one go in order for them to move DC Rebirth’s plot forward.

New 52 Lois Lane AKA Superwoman died after absorbing too much solar radiation, as for her powers, her powers are on par with Superman himself but we’re still ranking her pretty low on the list due to her tendency of having her powers only for limited time. 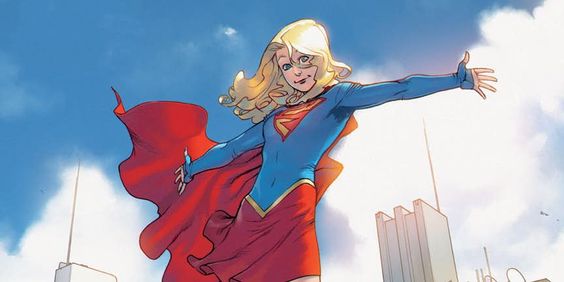 She’s Superman’s cousin from Krypton, technically speaking she is older than Superman but due to her rocket getting stuck in the phantom zone by the time she arrived on earth Clark has already grown up to become Superman.

She is a regular Kryptonian, just like his cousin and has all of his powers, therefore only lacking in the experience department. She also has her very own show on the CW, Supergirl, where she is portrayed brilliantly by Mellisa Benoist.

She’s an alternate version of Kara Zor-El, coming from a universe called Earth-2. Though she’s not as powerful as her earth prime relatives she does show some unique abilities like her immunity to Kryptonite and telekinesis, a set of powers Superman never had.

Though her powers and her history has been wildly inconsistent, at one point she even thought that she was an Atlantian, she is still very powerful and a fan favorite and very much deserving of this spot! 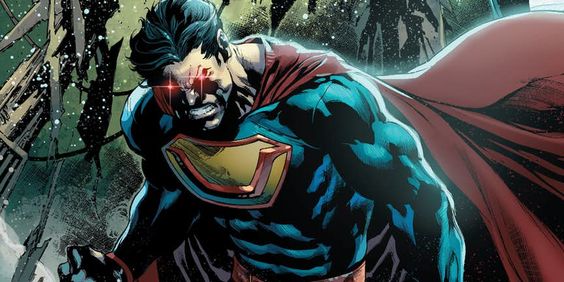 He’s an evil alternate version of Superman from Earth-3 who was raised from birth to be an evil tyrant, his Kryptonian name on this Earth is Kal-IL and he is the ruler of his earth. His father who was apparently an evil person too who brainwashed him with his messages while he traveled in his pod to Earth, he immediately started using violence to get what he wanted, killing pa and ma Kent when he was a child, killing the president and anyone who got in his way, complete opposite of the hero we’ve known and loved.

Kryptonians of Earth-3 are evolved past the point when compared to Earth-Prime as they are powered by green Kryptonite, fortunately, the yellow sun of Earth Prime drains his powers, otherwise, he would’ve been unstoppable! 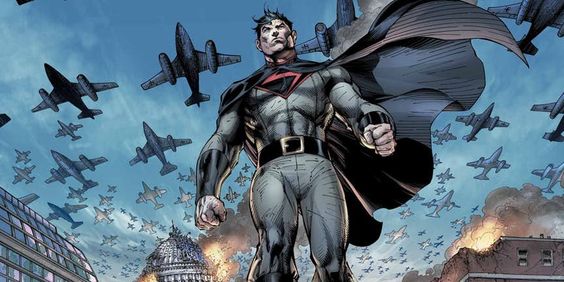 Here’s another alternate Superman on our list. Originating from Earth 10he’s just like our regular Superman in every way with the only difference being the fact that his spaceship landed in Sudetenland rather than landing in Kansas, thus changing his nationality, this led to his spaceship being studied by the Russians and using the Kryptonian technology to win the Wolrd War 2, which they did. 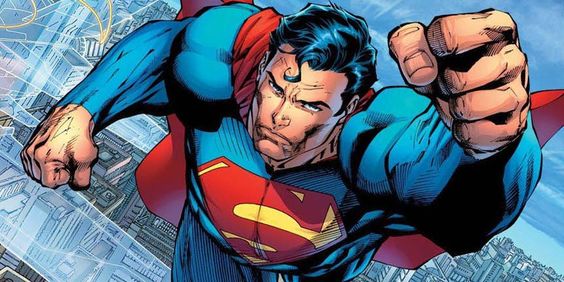 Although he needs no Introduction but this iconic superhero first debuted in Action Comics #1 in 1938 created by Jerry Siegel and Joe Shuster, he has been a symbol of peace and Justice for every being on this planet.

Although some would argue that he’s way too overpowered to represent the magnitude of hope he’s associated with but it’s not his sheer physical strength, it’s his will and his morals that makes him a person to look up to. If he wanted to, he can easily destroy the whole Human race without blinking his eye, but his choice of protecting a race of people that are not even his own even at the cost of his own life shows his humility and his belief in peace and unity. 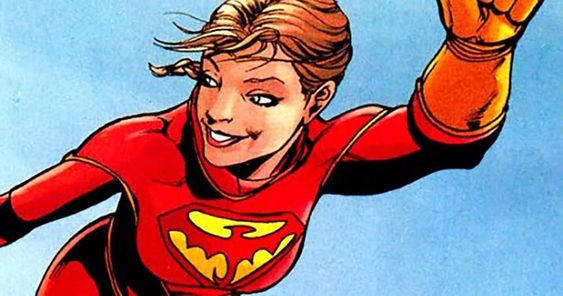 Thara Ak-Var is one of the very few Kryptonians who survived the destruction of their planet, as her whole city, Kandor, was captured and preserved by Brainiac. Just like Nightwing, Flamebird is another mythical figure in Krypton. Thara is believed to be the literal avatar of Flamebird.

She has all the powers a regular Kryptonian would have under the yellow sun, but she also posseses the power of rapid healing, creates and control fire, which gives her edge over other Kryptonians. 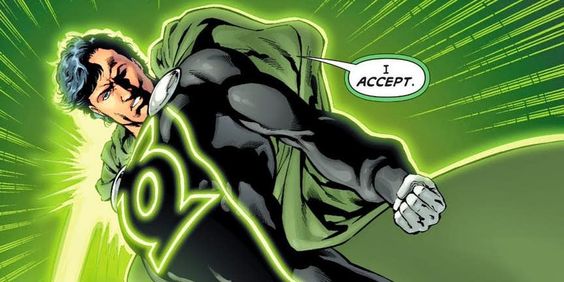 Being a Daxamite, a planet similar to Krypton in almost all the aspects, Mon-El, when first arrived on earth, was believed to be another cousin of Superman. His powers are similar to that of a regular Kryptonian except that he is not affected by Kryptonite but something that is much more commonly found on Earth, LEAD.

He also goes by the name Lar-Gand and has been a member of different superhero teams like Justice League, Green Lantern Corps and the Legion of superheroes, giving him a whole lot of added set of abilities, thus boosting his powers. 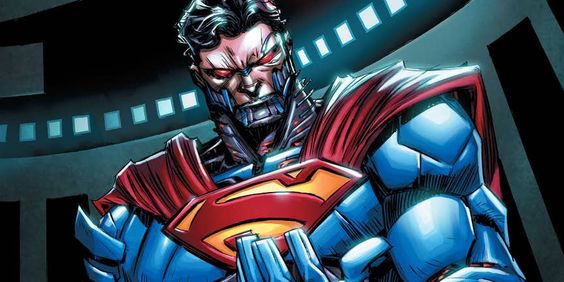 Hank Henshaw was involved in an accident which led to his body parts being replaced by cyborg parts, hence the name Cyborg Superman, but he is in no way anywhere close to Superman when it comes to his abilities.

Hank is a bad guy and is hell-bent on taking revenge from Superman as he blames Superman for his accident which made him the way he is, although it is not true. He first appeared during the “Reign of Superman” and tried to imposter the Man of Steel in order to spoil his memory, when he was thought to be dead. He goes on to join Sinestro’s Yellow Lantern Corps, and with the yellow lantern ring on his finger, he has proven to be quite a formidable enemy.

Eradicator was one of the many devices that was designed by the Kryptonians to preserve their culture long after their destruction, one of the device got corrupted and the others were destroyed. The corrupted device started calling itself the Eradicator.

His debut also taking place in the “Reign Of Superman”, he has the strength and invincibility of Superman but instead being made of flesh like our Man of Steel he’s made up of pure energy. 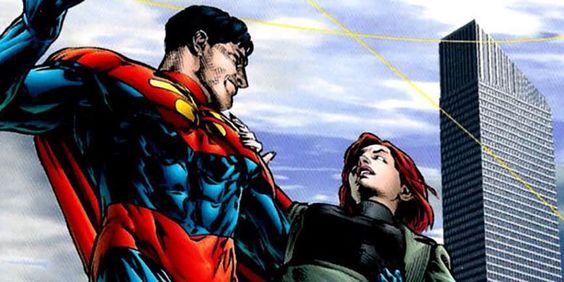 He’s the ancestor of the original Superman, being the Superman of 853rd century, he has evolved far beyond a normal Kryptonian and has many powers and abilities that Superman does not possess.

He was created by Grant Morrison and his first appearance was in the comic book DC One Million, he is an ally of Superman, and has given him advice on a few occasions. 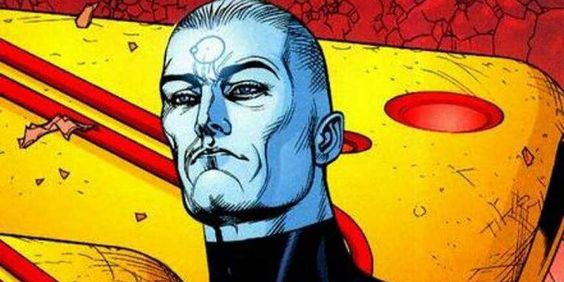 Out of the entire DC multiverse, Captain Allen Adam, also known as the Quantum Superman, is by far the strongest version of Superman out there in the multiverse. Though his powers don’t resemble the powers of a regular Kryptonian in any way, he looks like a combination of Dr. Manhattan and Captain Atom.

He’s so powerful, that he has to take drugs to suppress his powers and keep them in check. During the ‘Final Crisis: Superman Beyond’ storyline, he had to stop using his drugs in order to tap into his full potential to help defeat The Dark Monitor, Mandrakk.