With 76 characters in the Marvel Universe, die-hard fans say that there are many to add in the list. MCU has always included Easter eggs and subtle references related to both obscure and popular characters in its movies that tend to please the comic-book fans.

There’s always a strong is a possibility that some of them might prove significant later on in the franchise but most of the time they are just teased to please die-hard comic-book fans.

Here is a list of 15 superheroes only true fans would recognize are already there in MCU. 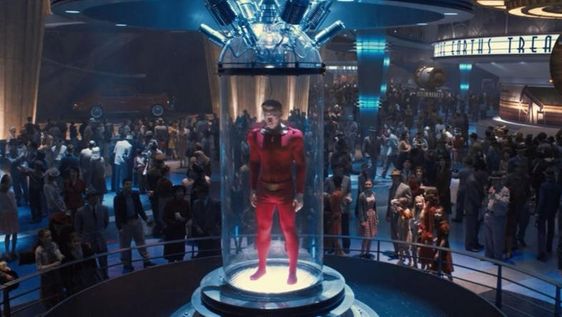 As the takeover of Fox is almost complete, the original ‘Human Torch’, The Fantastic Four member, Jhonny Storm might have to pick another name for himself as we can see a glimpse at the ‘original’ Human Torch.

Long Before Marvel comics was facing dominance by DC comics, when Marvel went by the name Timely Comics,  they only had one superhero in their arsenal, an android who was also called the Human Torch and had the ability to control fire just like the Fantastic Four’s superhero. 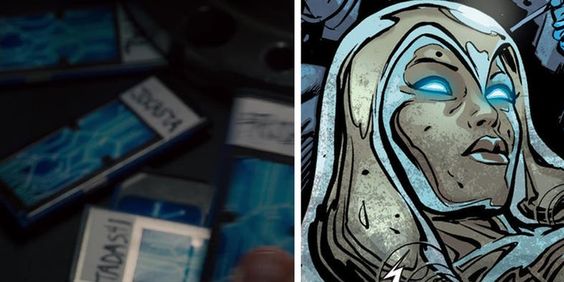 Jocasta, Ultron’s love interest, is once been referred to in Avengers: Age of Ultron when Tony Stark was looking for an AI in a case among many others. One of the  AI chip had “Jocasta” written on it. To the people who have only seen movies, it would have meant nothing. But the comic book fans instantly recognized her as the AI, created by Ultron to help him in his evil ways but later on, she ended up helping the Avengers. 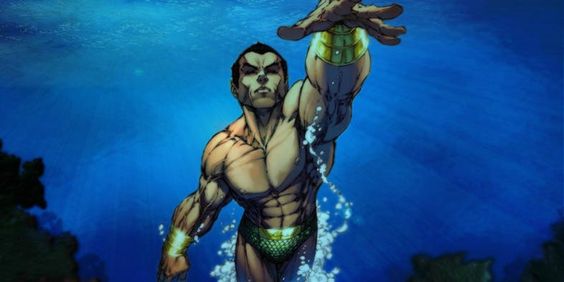 The foundation stone of Wakanda was laid back then in the MCU in a subtle easter egg in Iron Man 2. During the scene when Tony Stark was being briefed about the Avengers’ Initiative at S.H.I.E.L.D. headquarters, a map  which highlighted the location of Wakanda and Mexico (where Thor’s Hammer was, at that point in time) there was another marker, which was conveniently placed in the middle of the Atlantic Ocean, home to Marvel’s popular sea dwelling mutant Namor, The Submariner. 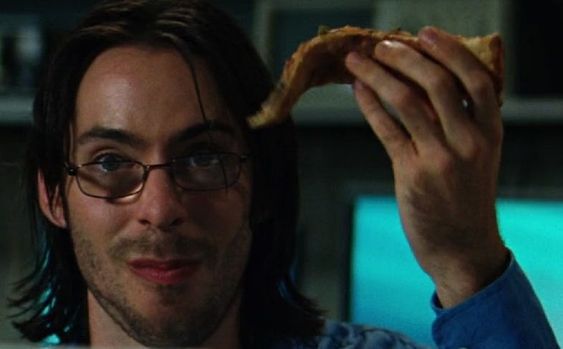 This character was present in the MCU’s Incredible Hulk as the computer nerd to whom Hulk gave his pizza. Comic book fans know that he ultimately turned out to be the ‘Totally Awesome Hulk’ in the comics. His inclusion in the franchise is debatable as his mother Helen did exist in Avengers: Age of Ultron, unlike the comic books where she is assumed dead. 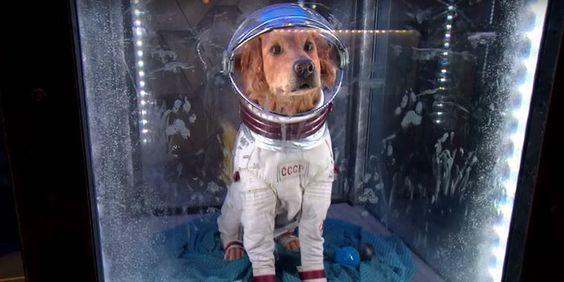 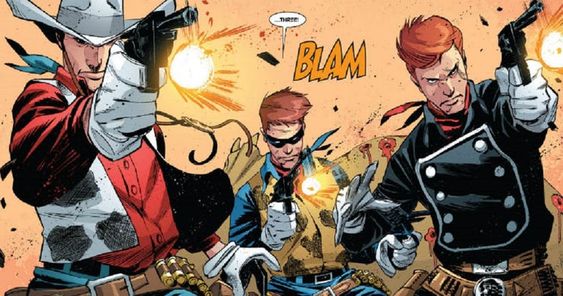 Kid Colt is the longest running cowboy character in the American comic book history, who made his first appearance in the 1940s. His existence was confirmed in the episode of Agent Carter called Better Angels, when Howard Stark tries to make a movie about Kid Colt under his production house, The Stark Pictures Company. He later reveals to Peggy Carter that the source was inspired by a real cowboy. So, we know that Kid Cold did exist in the MCU at some point in time. 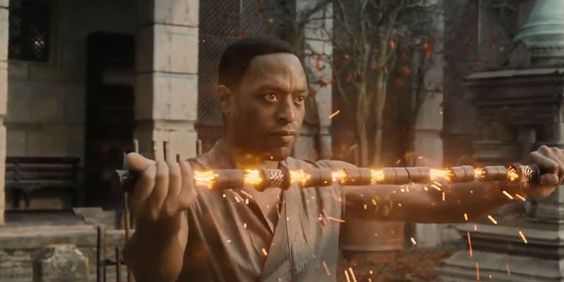 The Living Tribunal is a deity who has enough power to defeat Thanos on his own. He exists in the Multiverse across every parallel dimension as a singular being.

If you can remember, in Doctor Strange, Mordo had a staff which he called ‘The Staff of the Living Tribunal’. We consider if a weapon of his power is in existence, then he might be too. 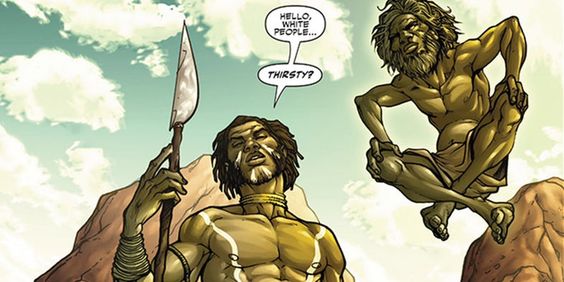 Eden Fesi also known as Manifold, had his name dropped in the Agents of S.H.I.E.L.D. Season 3 when the Australian government took in ‘an inhuman’ who had the ability to teleport. That Inhuman was none other than Eden Fesi, he was further rescued by Agent Phil Coulson so that his powers are not misused. 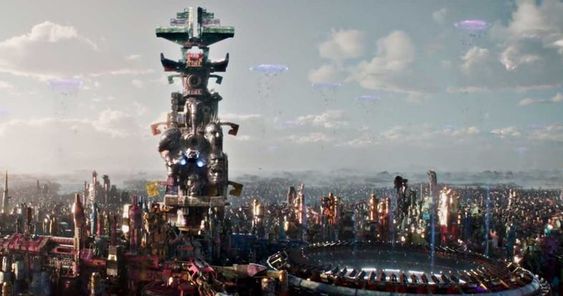 Man-thing does not have many references in the MCU. His face was sculpted in the Grandmaster’s palace in Thor Ragnarok although his wife Ellen Brandt did make a small appearance in Iron Man 3 which didn’t lead anywhere. Though keeping his popularity in mind, we hope to see many more references to Man-Thing in the future movies of the MCU. 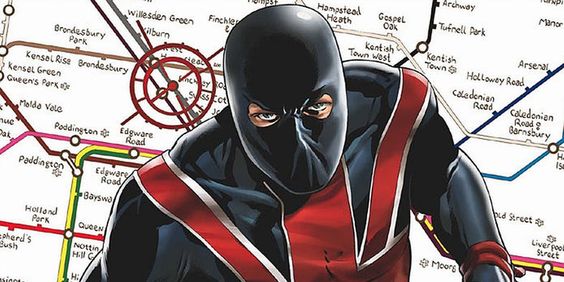 Just like Man thing, Union Jack also has a very minor reference in the franchise. He was a character who was a member of Howling Commandos in the first Captain America movie. Other than that he has was never mentioned.  In Marvel Comics, he made his appearance in 1976’s, The Invaders. 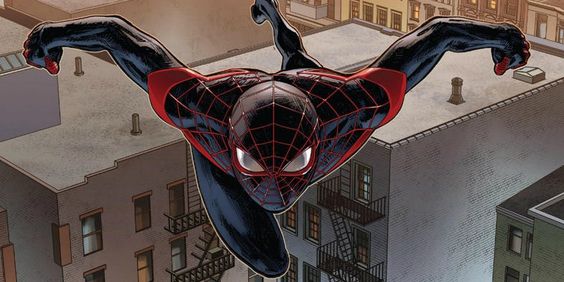 In a deleted scene of MCU, Spider-Man is seen interrogating a man who happens to be Miles’ uncle and in the scene, and it is in that scene where we first hear the namedrop, Miles Morales.

Miles’ uncle speaks about as to how he wants to protect his nephew from the dangers of increasing crime rates in the neighborhood. 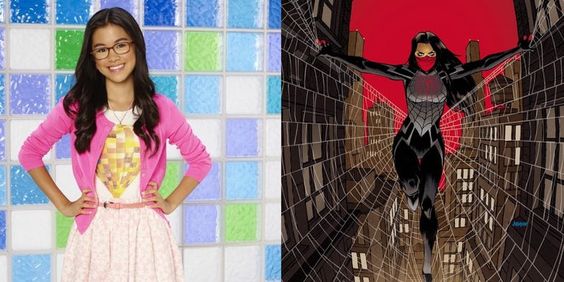 Silk aka Cindy Moon might be seen in the upcoming movies of Spider-man as she was bitten by the same spider who bit Peter Parker. In the movie, Spider-Man Homecoming, there is a classmate of Peter Parker whose name is Cindy. Anything can happen in MCU, so we might be seeing the development of character or just an Easter egg. 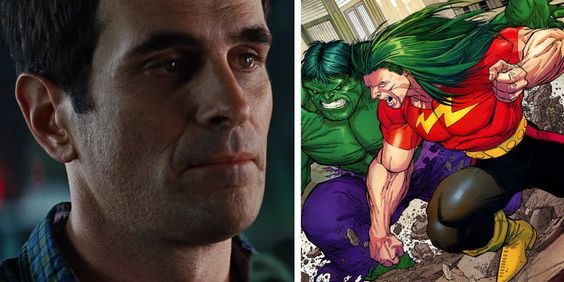 In the comic books, Doc Samson is a superhero who can stand toe to toe with the Hulk. In the movie, his character wasn’t given a chance to develop, he was nothing more than a ‘shoulder’ to cry on for Betty Ross, Bruce Banner’s love interest. If the movie had done good at Box Office, the was a possibility we would’ve seen Hulk and Doc exchanging some blows in the sequel.

2. THE ORIGINAL GUARDIANS OF THE GALAXY 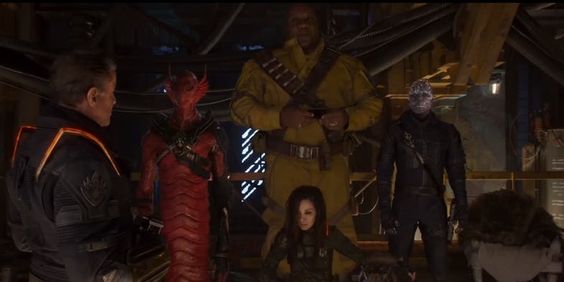 We see Sylvester Stallone in the end credit scene of Guardians of The Galaxy Vol. 2, leading a group who are cosmic misfits, very similar to the Guardians themselves. What many fans don’t know about them is that they are ‘original’ Guardians Of the Galaxy who are featured in Marvel Comics. Though we didn’t actually saw them in action fans are eagerly waiting for The 3rd installment of the film, which will be releasing in 2020. 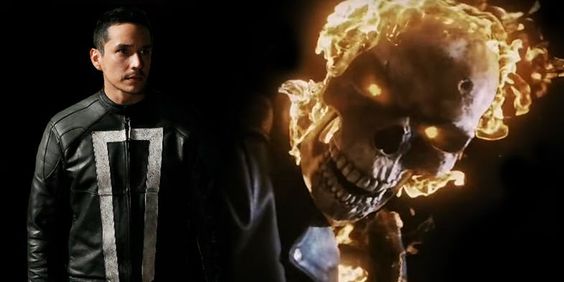 There have been several Ghostriders in the Marvel Universe but the most famous ones has been Johnny Blaze. The television show Agents of S.H.I.E.L.D. bought Robby Reyes, on the television for the first time, who is a successor of Johnny Blaze.

Though Johnny Blaze’s name was dropped later in the season it was nothing but a small easter egg that led to nothing, yet.