Hollywood has come up with so many movies and most of them have been enjoyed by all of us, but still there are some moments in the movies that have annoyed us so much that we hoped, they never happened.
These moments, the film makers think would be forgotten and forgiven by the people/ fans but they don’t really let things go that easily, do we?

Here are such annoying moments from these movies we wish they never happened. 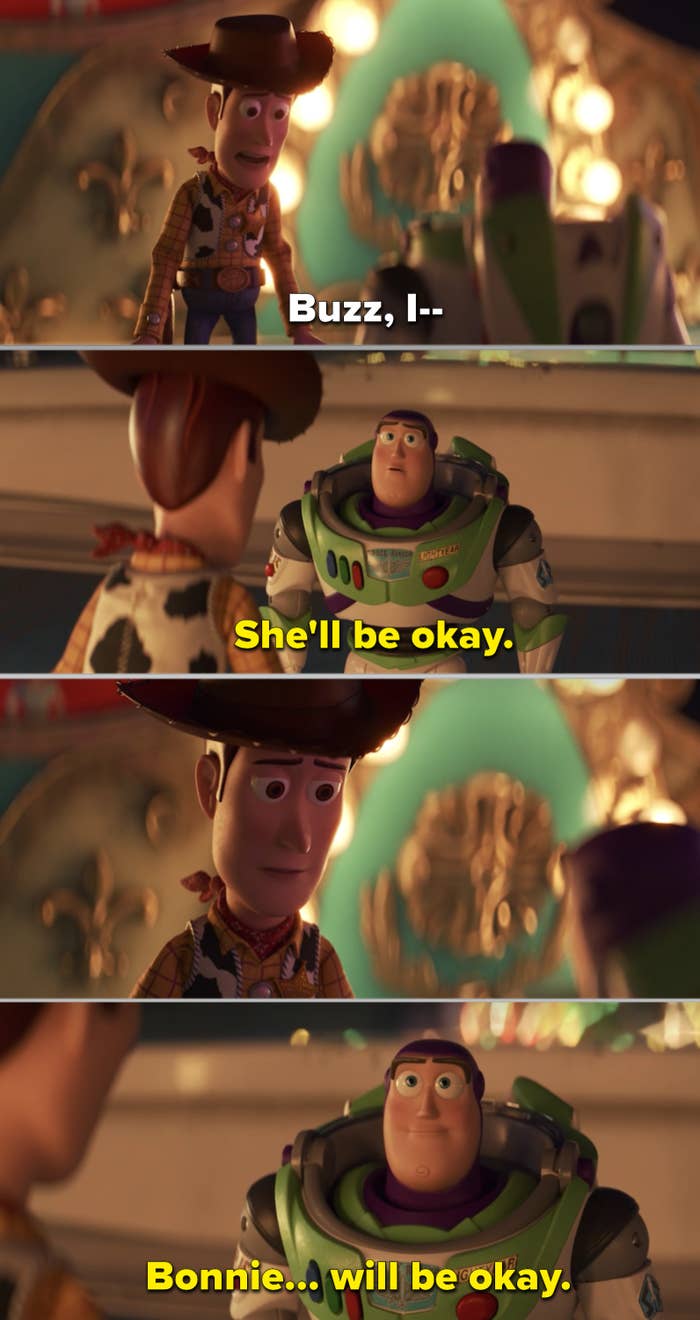 When Woody left Bonnie and said goodbye to all of his friends at the end of the movie. Woody’s biggest trait is his loyalty and he would have never abandoned his friends or anyone else like that. 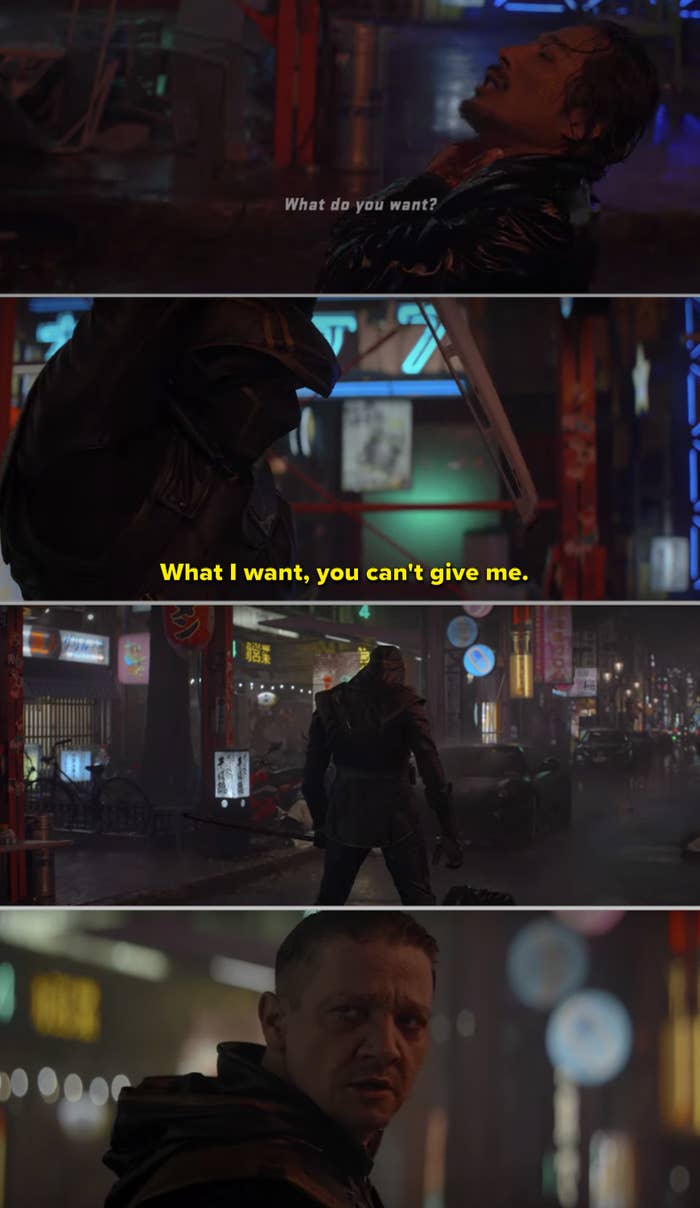 When Clint aka Hawkeye went on a “murder spree” to avenge his family after they disappeared. Like we get it that he was killing the “bad” people and mourning his family which is so random considering he has always been so more “laid-back” in the movies. 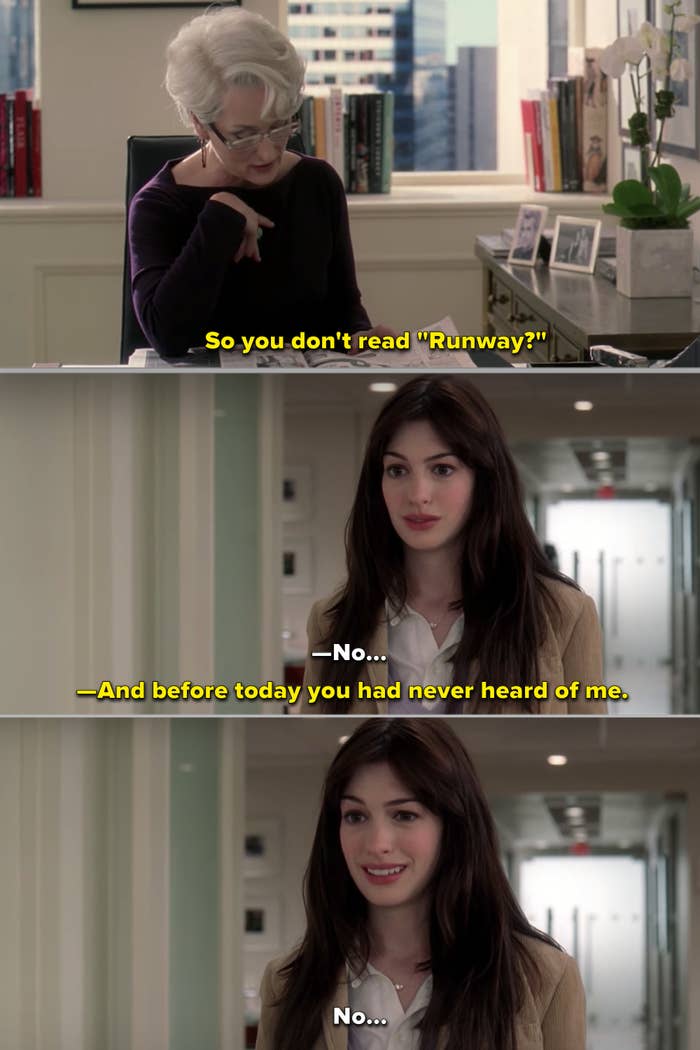 When Andy revealed that she had never heard of Runway or Miranda Priestly but someone like her would have obviously done a ton of research before a job interview. Yes fashion wasn’t a part of her life but she was a go getter and was a person who would do a lot of research. 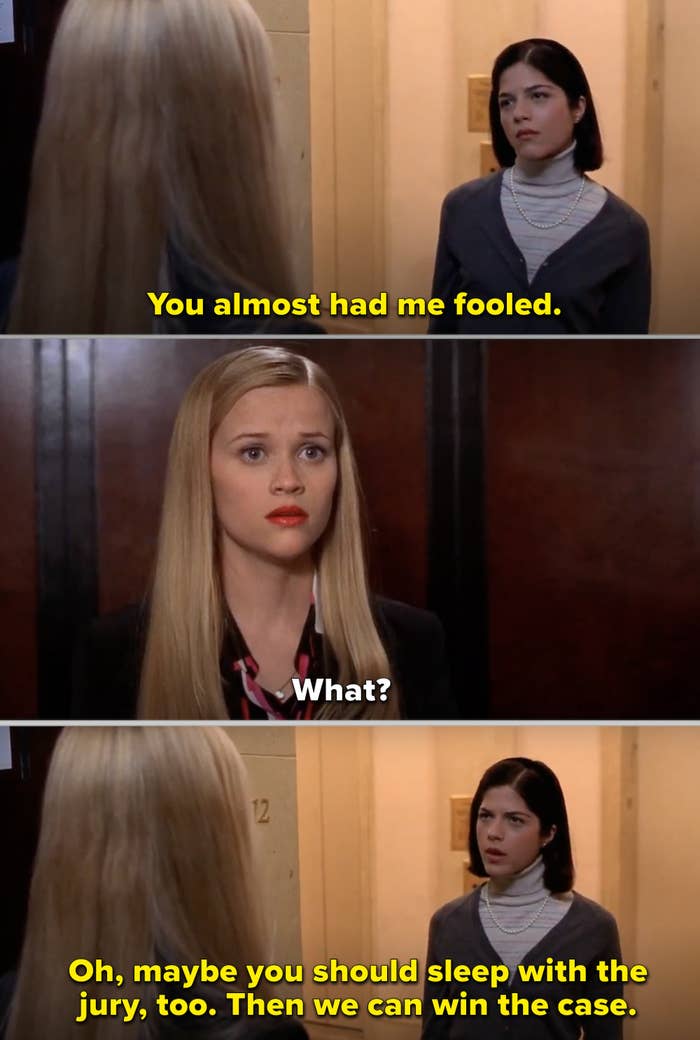 The moment when Vivian settled her differences with Elle but was then immediately convinced that she had slept with Professor Callahan to get ahead. Vivian had already seen that Elle was extremely competent and deserving of the internship. 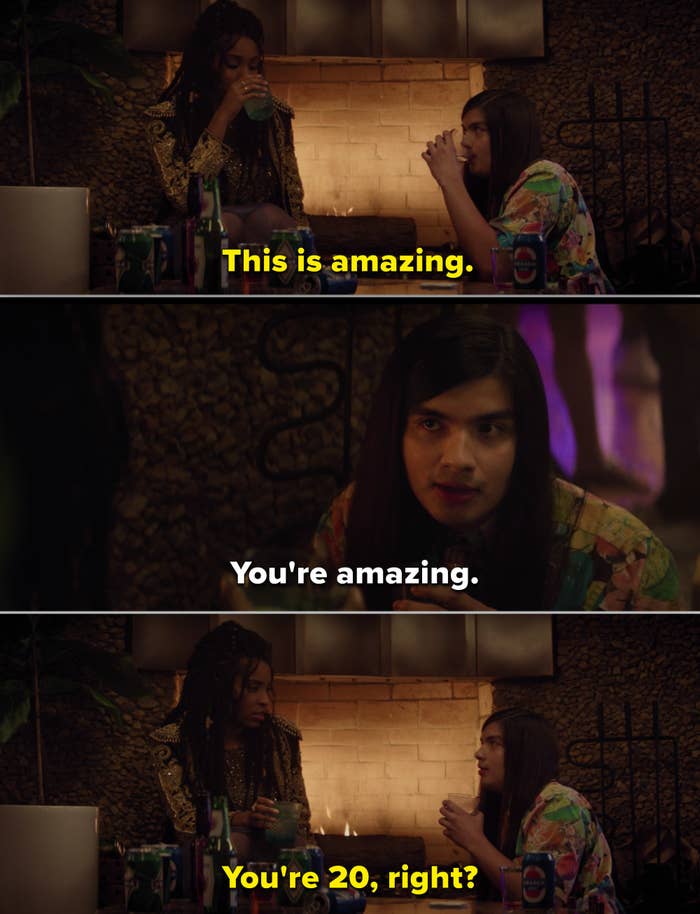 When Miss Fine went to the underage party and drank with kids and even went on to hook up with one of her students. The film would have been perfect if they hadn’t included this creepy and weird scene. 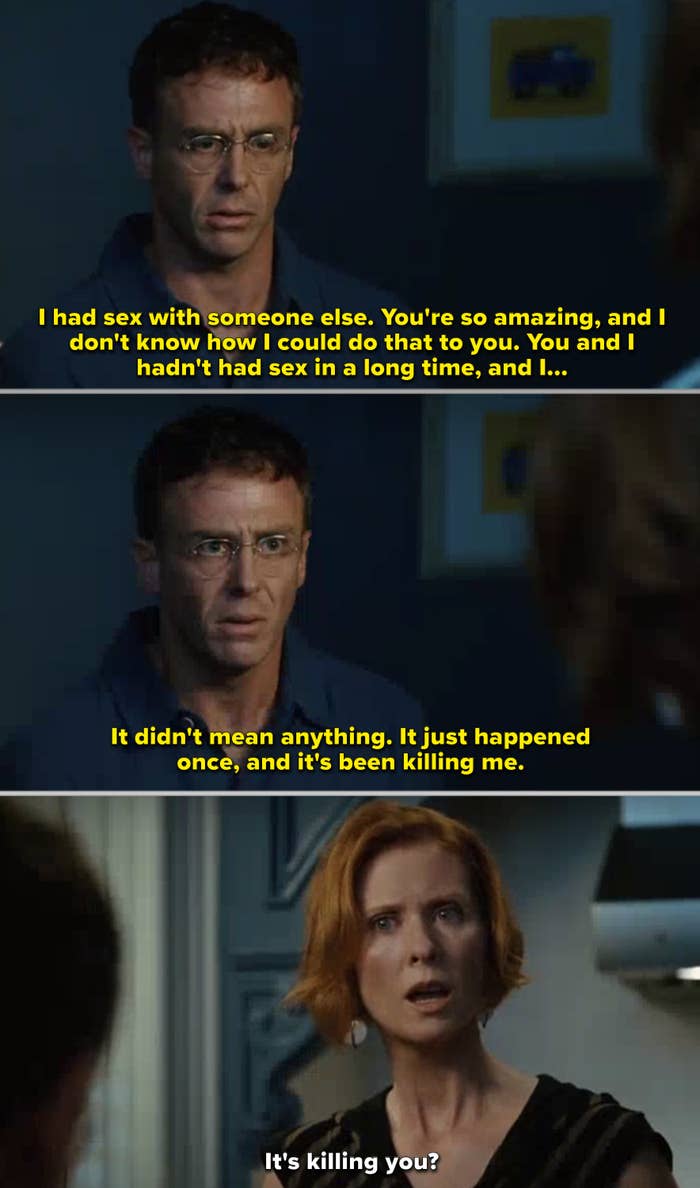 When Steve cheated on Miranda, it was devastating what they did that to the character. And Miranda’s growth was basically thrown out of the window. However Steve hurt and disappointed us the most. 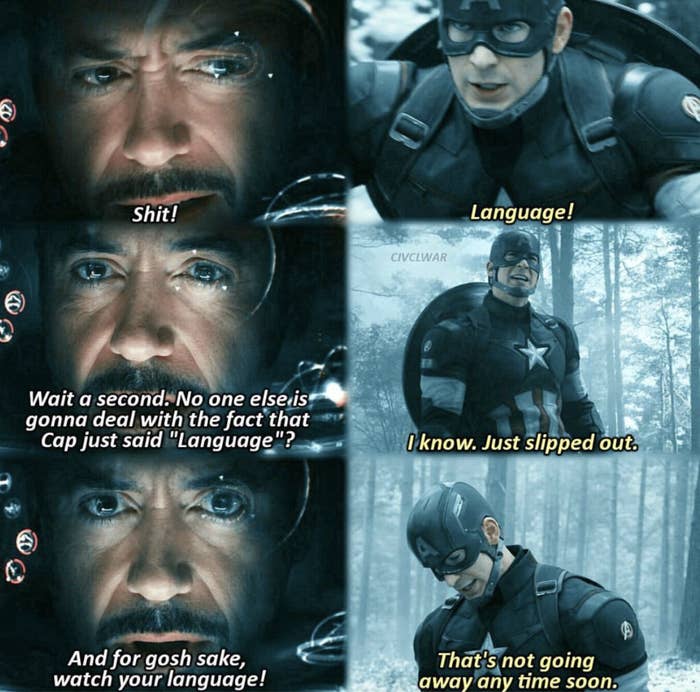 When Captain America said “Language!” even though he was a soldier himself from Brooklyn who swore as well.
For example, in The First Avenger when Steve told Peggy, “The hell I can’t! I am a captain!” And later in Age of Ultron, Steve said “Fury, you son of a b**ch.” 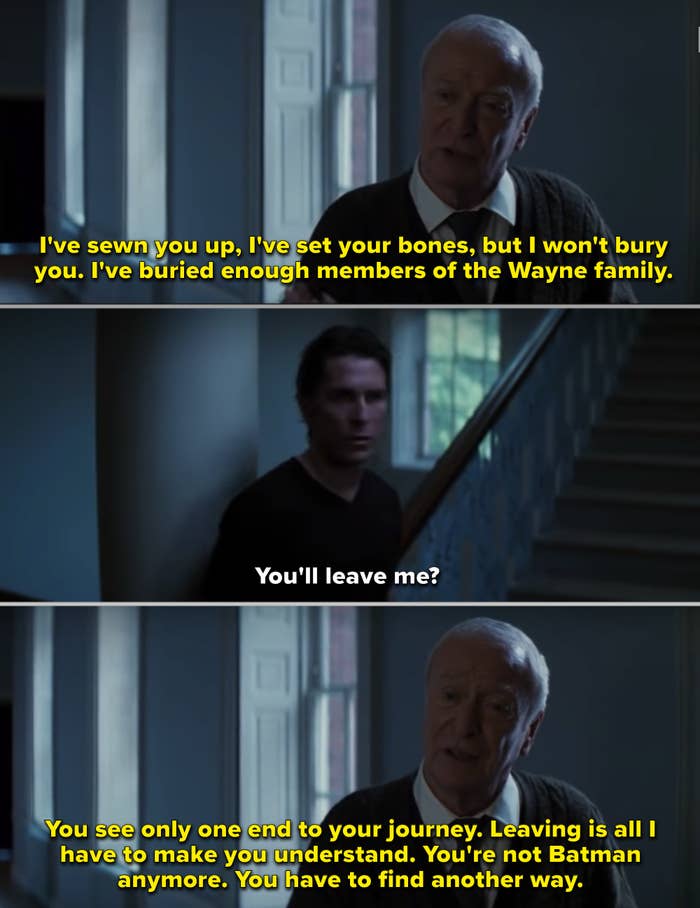 When Alfred said he had to leave because he didn’t like what Bruce was becoming… and yes that made sense considering it helped the plot of the movie but in the comics, Alfred would walk through the hell with and for Bruce. Irrespective of what happens, Alfred would never leave his side. 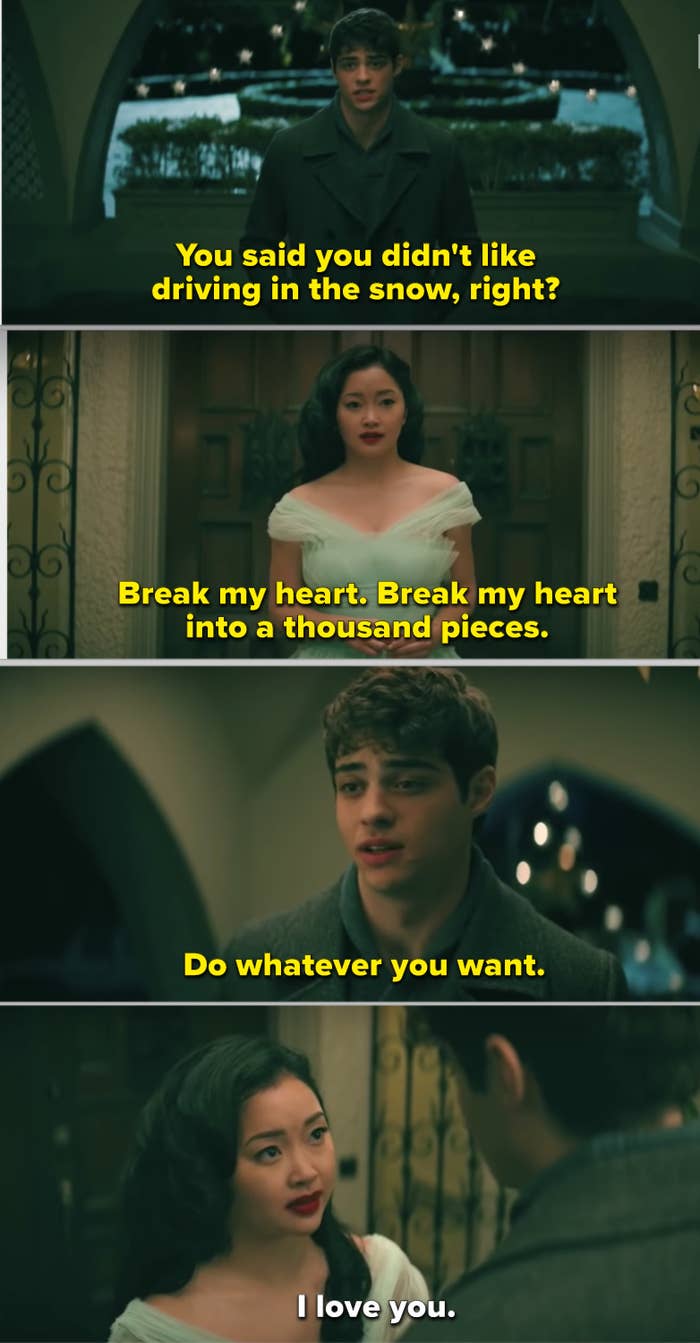 Lara Jean and John Ambrose were a real good pair and Lara Jean called off things with him and went back to Peter…like why woman? John understood her much better and deserved more.
And Lara Jean was such a smart woman and would have recognized that Peter would probably not treat her as well… ugh such a dumb movie ( personally I am still mad about this) 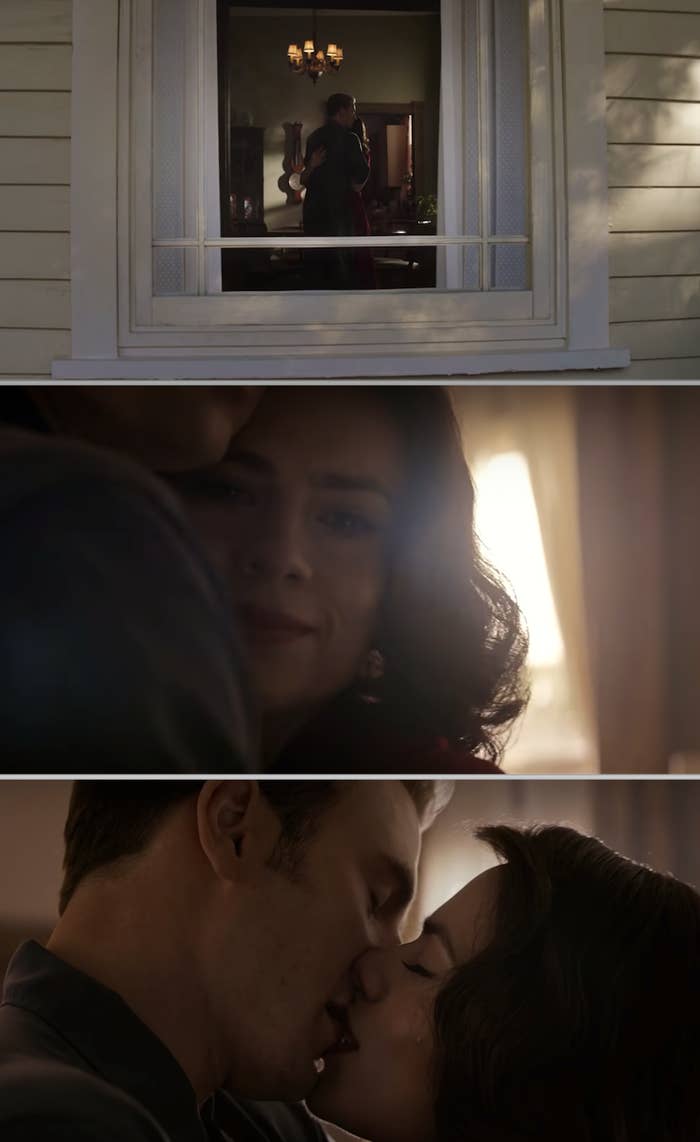 The time when Steve went back in time so he could just live his life with Peggy, knowing full well that she would have moved on and gotten married and had kids… his ending was so out of line. His character arc was built on to move forward. Why would he do this? JUST SO WRONG.

12. Harry Potter And The Goblet Of Fire 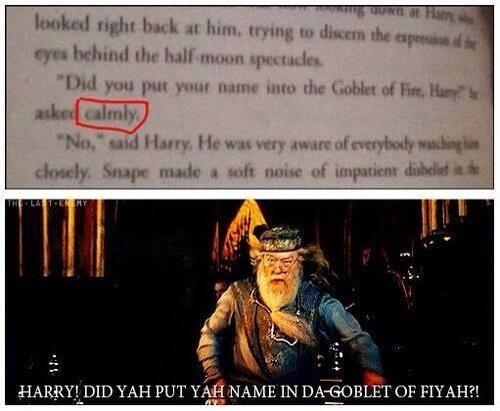 Normally a “calm” and levelheaded Dumbledore aggressively demanded that Harry reveal if he put his own name in the Goblet of Fire.
In the movie, Dumbledore rushed into the room and pinned Harry against the wall the moment he found if he had put his name in the Goblet… which was bit extreme of his character (even when we compare it to the books)
He has always been a calm, cool and collected in most of his scenes and the books… why would they represent this side of his in the movie?

13. Star Wars: The Rise of Skywalker 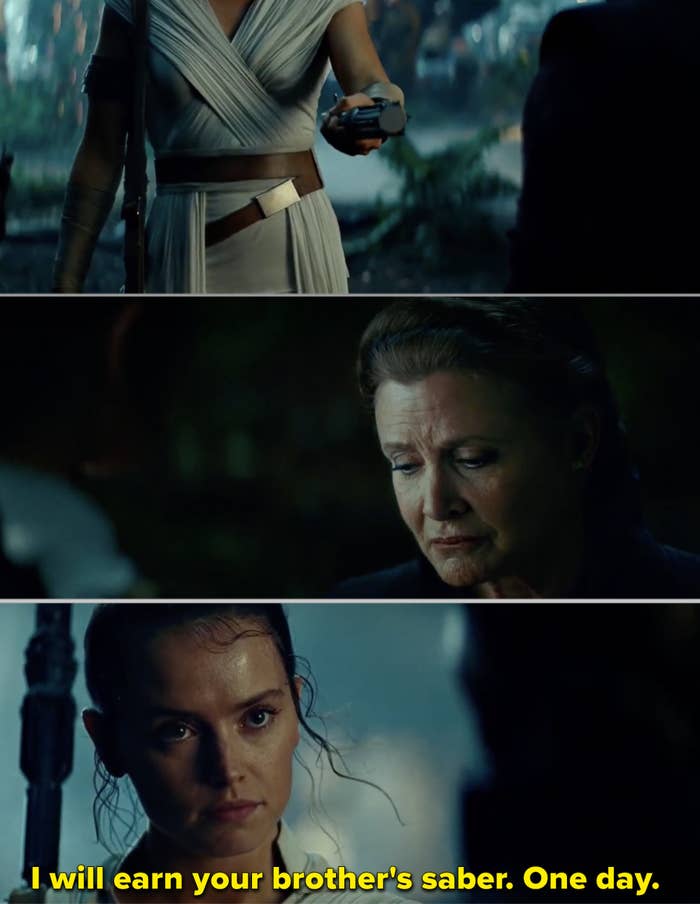 The scene where Rey said that she didn’t deserve Luke’s lightsaber. This was such a weird and disappointing scene. The lightsaber was like calling to her in The Force Awakens so it makes no sense of her turning it down !

14. Fantastic Beasts: The Crimes of Grindelwald 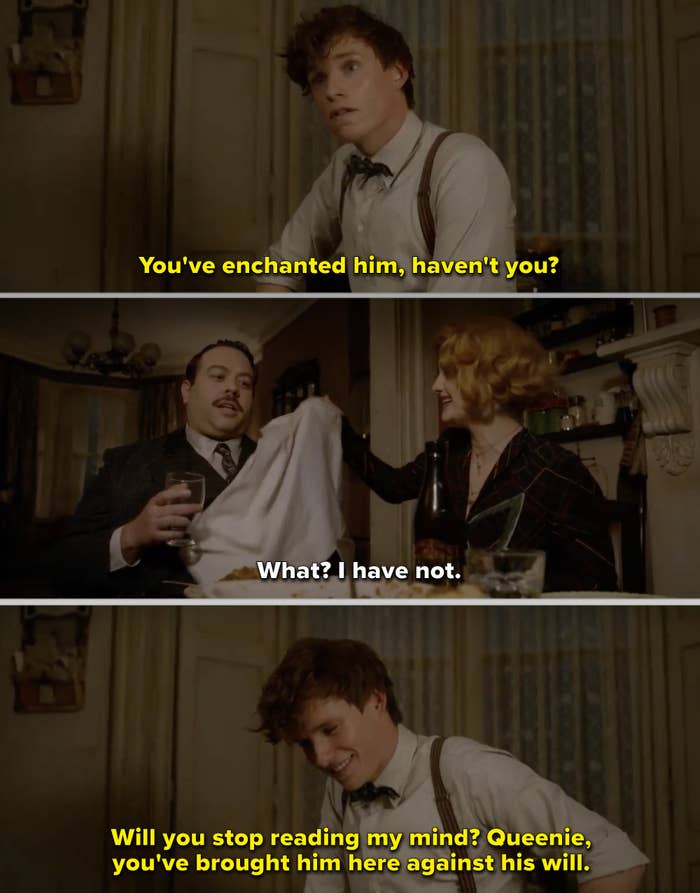 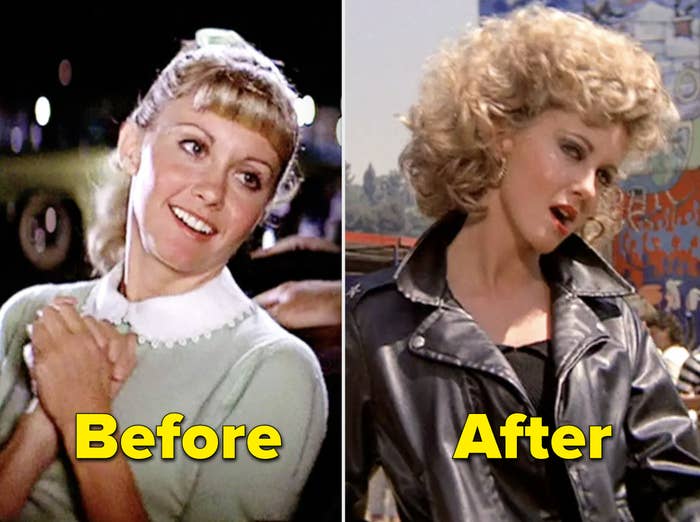 When Sandy changed every small thing about herself to impress Danny. She was so sweet throughout the movie and then suddenly she changed to a female Danny.
It was just so weird and out of character. 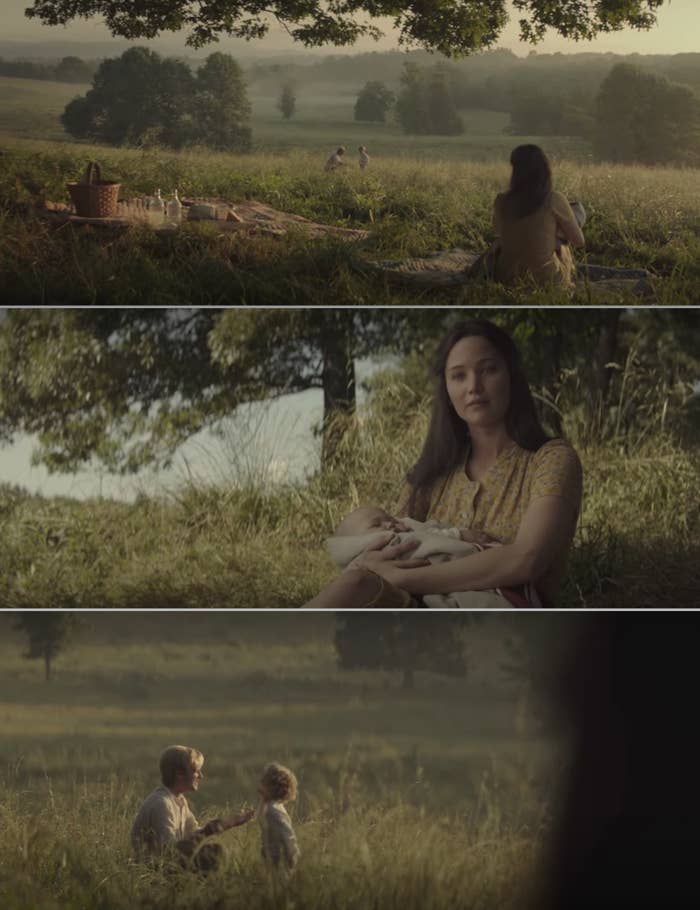 When Katniss finally decided to settle down with Peeta and have a family; and it even made sense in the books but it just felt so weird watching Jennifer Lawrence do it on the screen.
The Katniss in the movie didn’t seem to want to be with anyone and it was really kind of out of place when Peeta and her finally got together.