There are so many big bad wolves in the Marvel cinematic Universe. It’s unfair to give just Thanos all the credit. Thor has some pretty amazing villains on his Rogues’ gallery too. Marvel is incredible at inserting moments of brilliant humor. And Thor Villains have had some great beneficiaries of that practice. Their sense of humor is sometimes so epic and on point they would give Iron Man a run for his money. Here are a few for your taste. 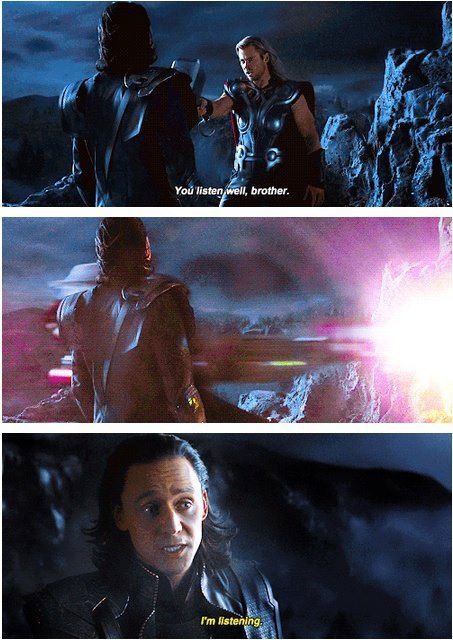 He is listening Thor! Pay attention to that poor tied up thing for Odin’s sake. What more do you want from him!! 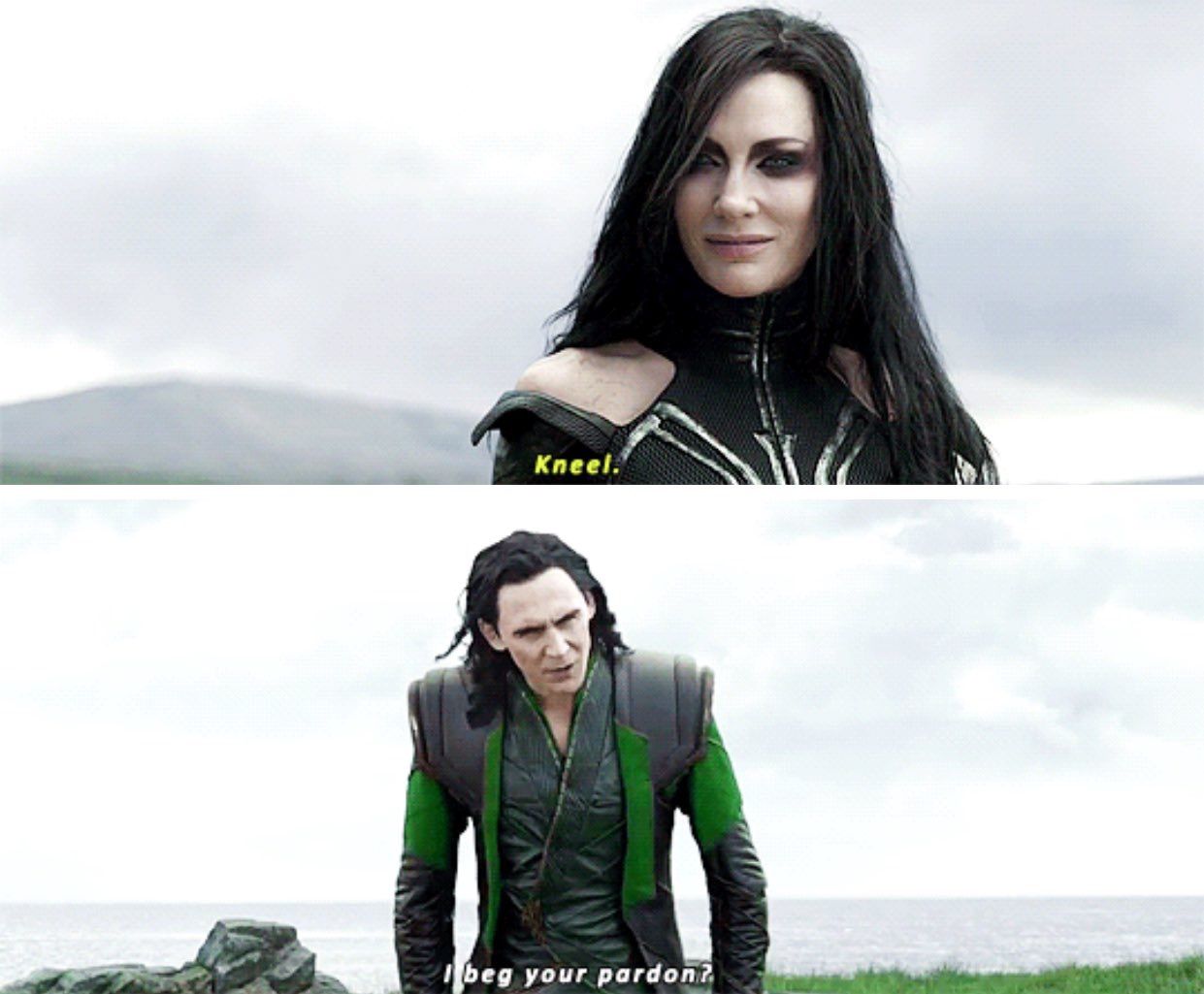 Reminds you of some good old days, doesn’t it Loki? Remember Avengers?? When Cap made you bite the dust??? 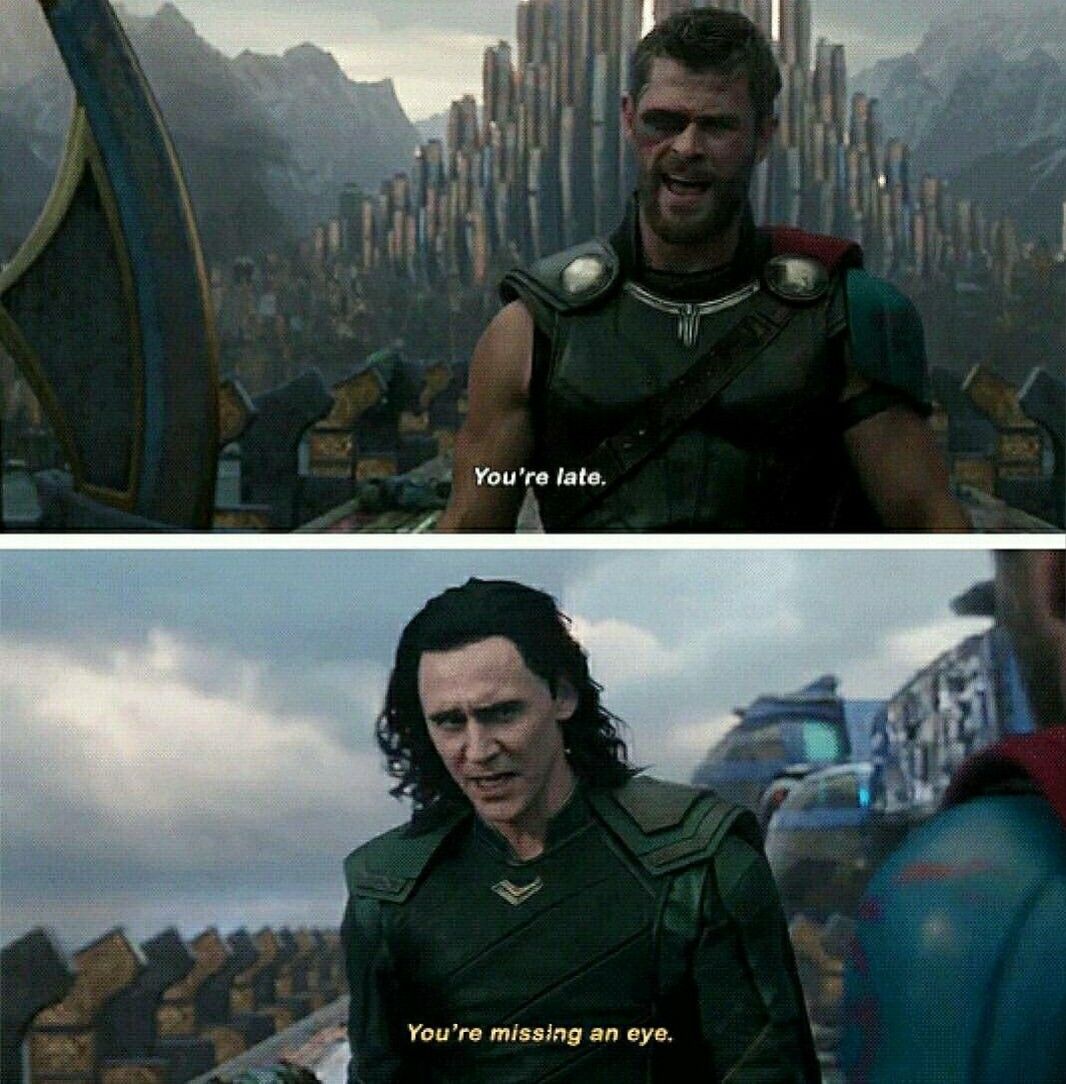 Someone has his priorities set. Loki must be teeming with so many inside jokes right now. If only had had a chance to say them before Thanos popped his head open like an Almond Joy. 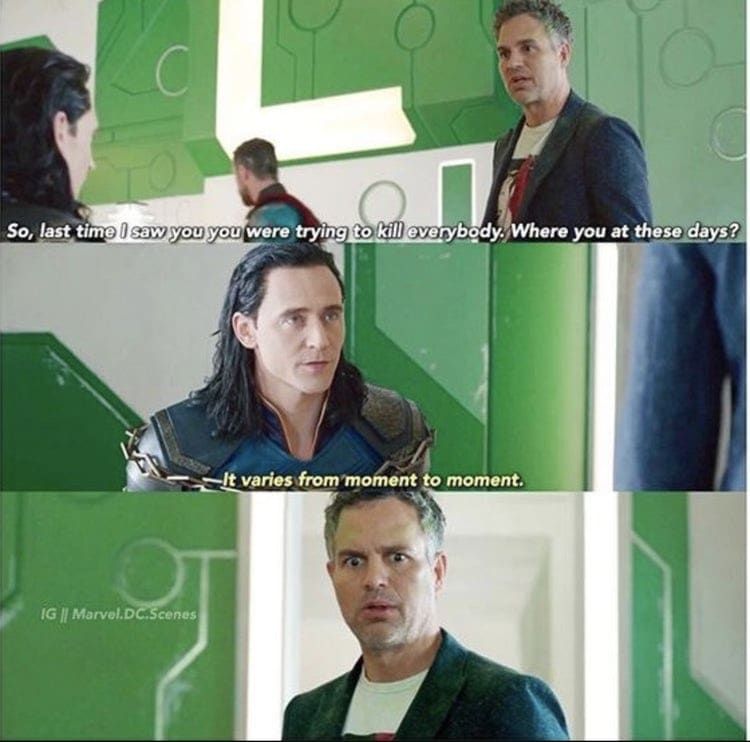 Well could you blame Banner? The guy joined forces with an alien expansionist armada and almost wiped Earth out in a hissy fit. And all because he had some major daddy issues. 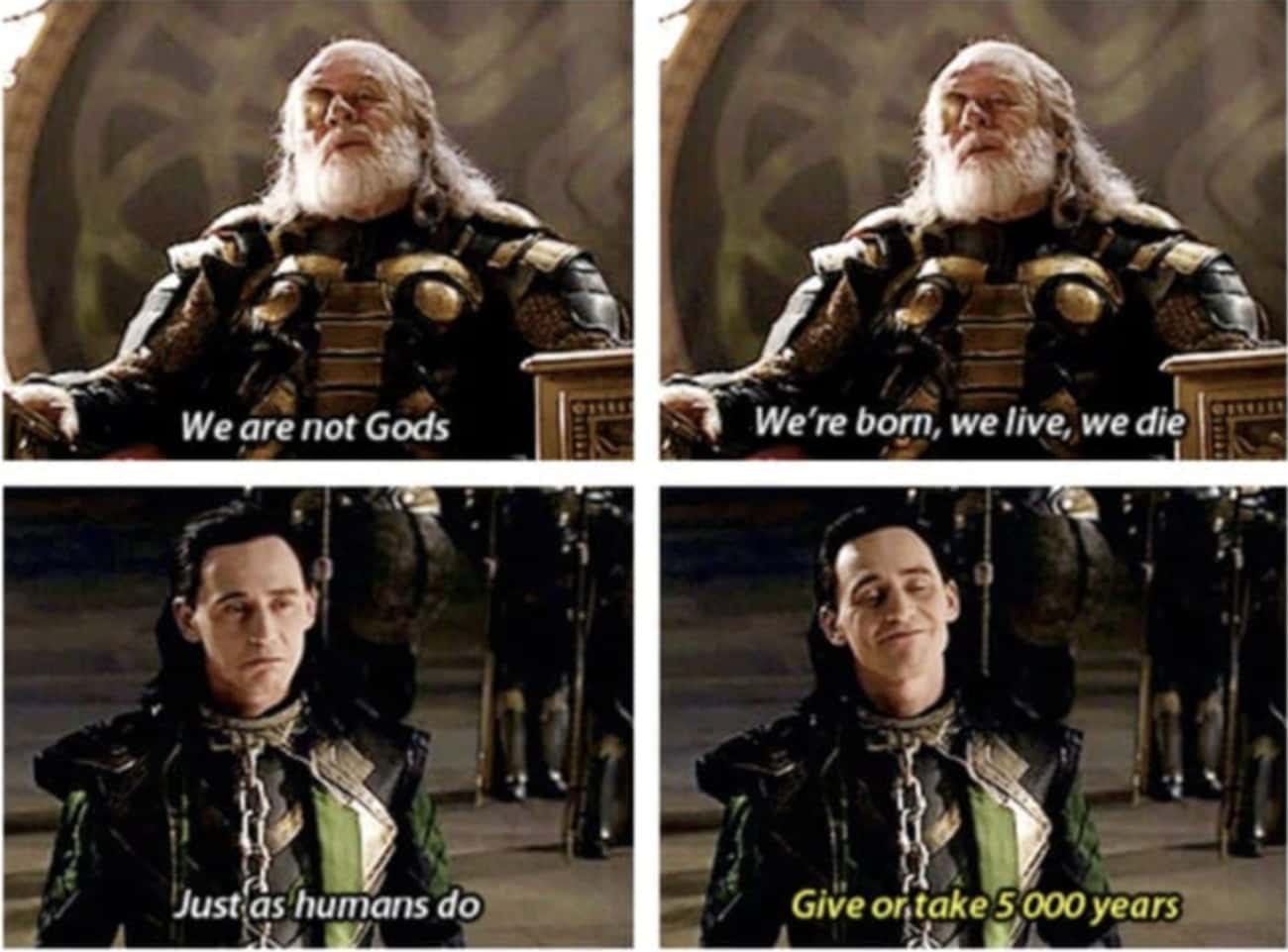 Look at that smug look when he completes Odin‘s sentence. Those cheeky one-liners is why we love Loki. 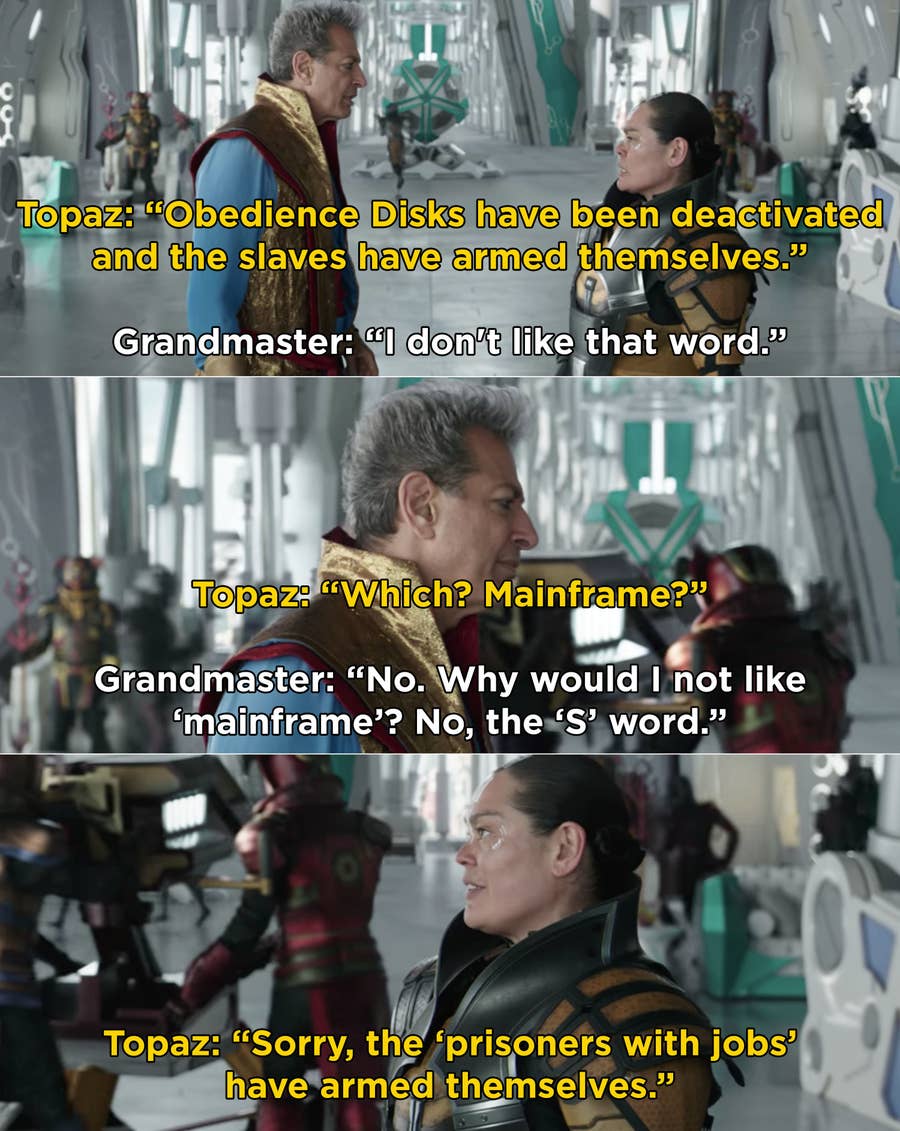 This one is like Hollywood‘s lackluster attempt at creating diversity when its too little too late. Like Topaz, rebranding crap doesn’t make it look and smell like roses. It’s still crap. 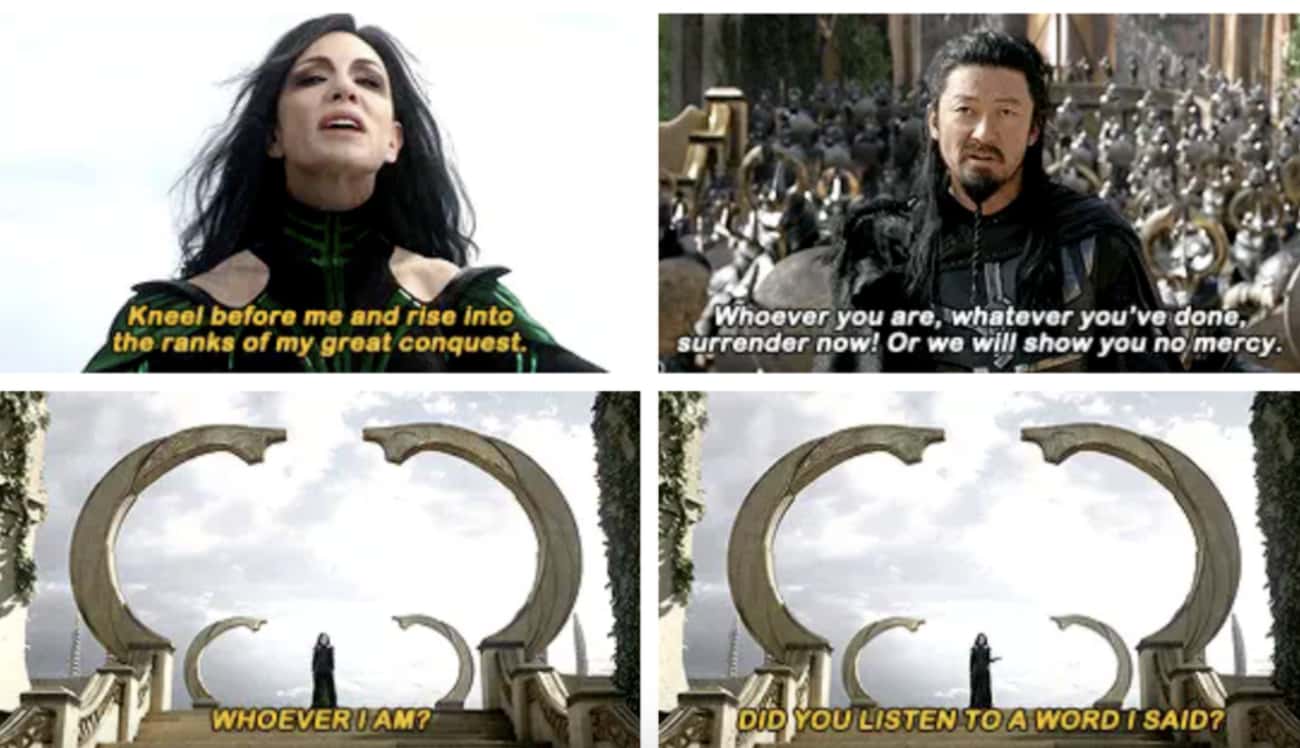 Hela had her moments too. Spending an eternity in the realm of Hel did give her a sense of humor. 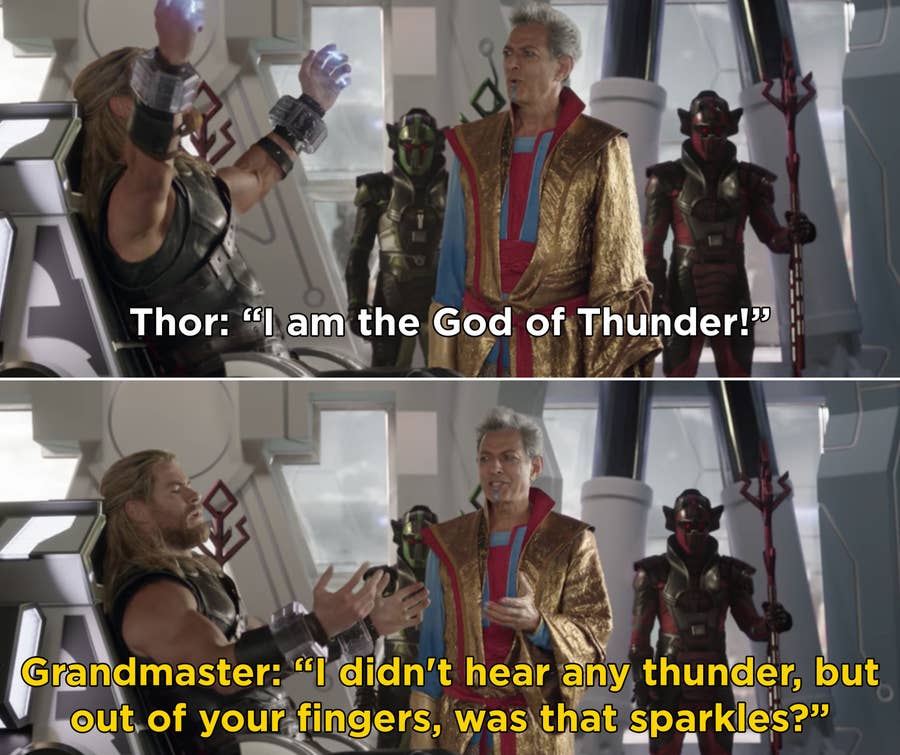 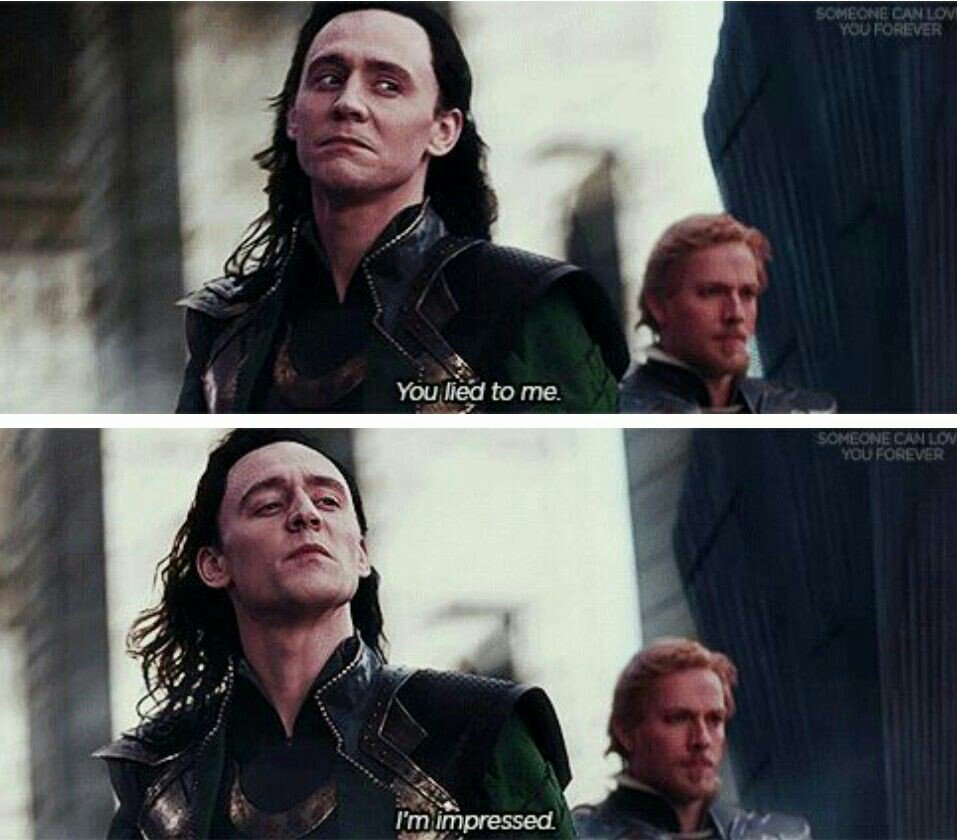 It’s not always Loki gives a compliment. We would take it and run away. And so should Thor. 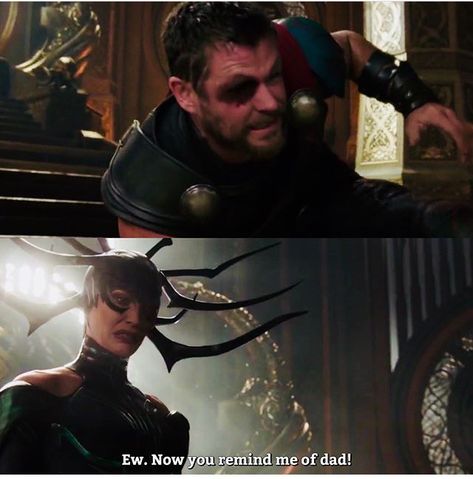 That’s a strange case of Oedipus complex Hela has. What else is her perverted mind thinking looking at Thor’s chisselled body?? 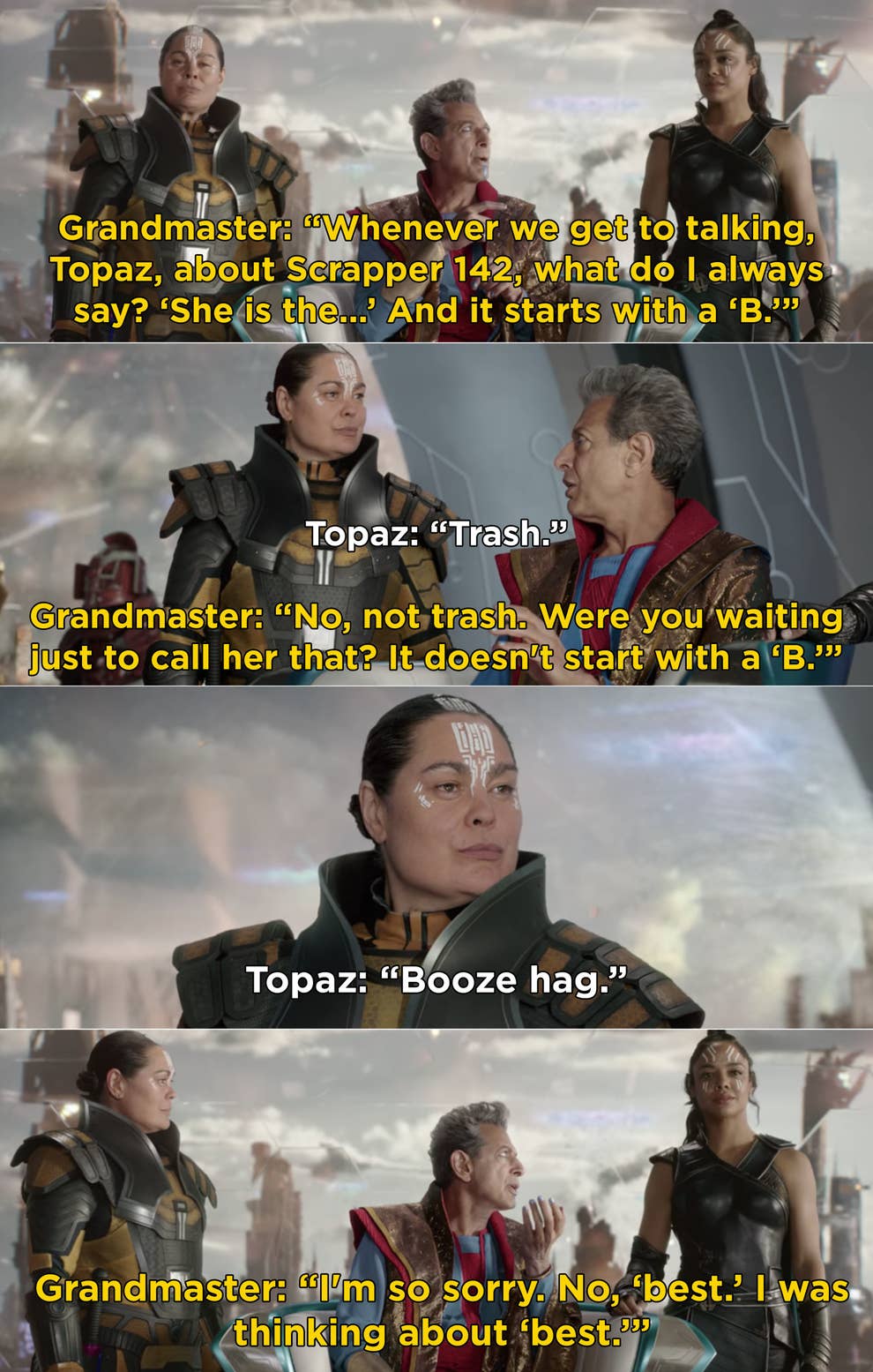 Can we just bring back Topaz and Valkyrie into the same frame again? Those two make the cutest couple. The Grandmaster could do the sermons. 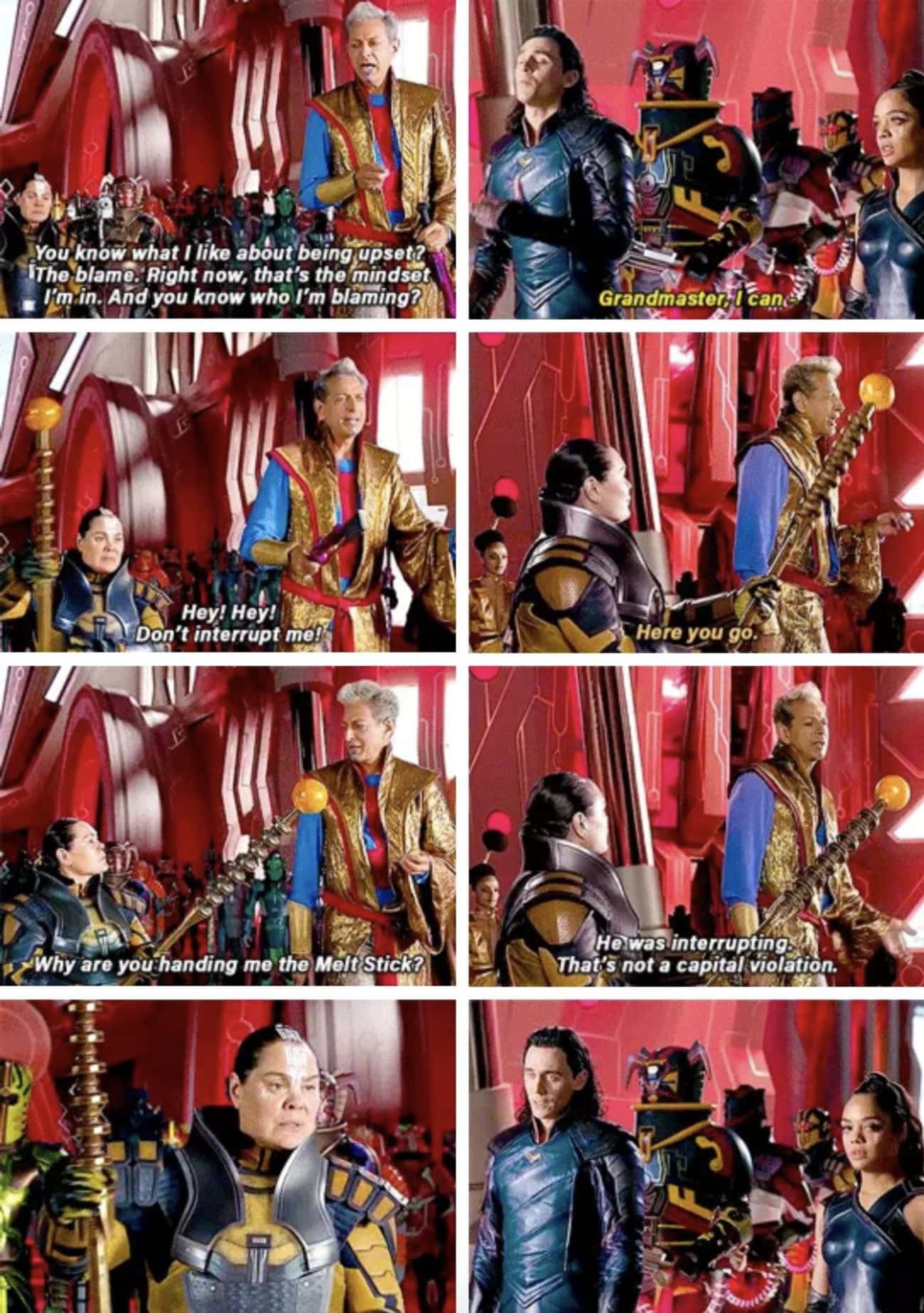 He was still a Grade A Dictator A-Hole but at least he had a heart. The Melt Stick is for people who do the real crimes – like steal his candy or look at him the wrong way. Topaz you should know better. 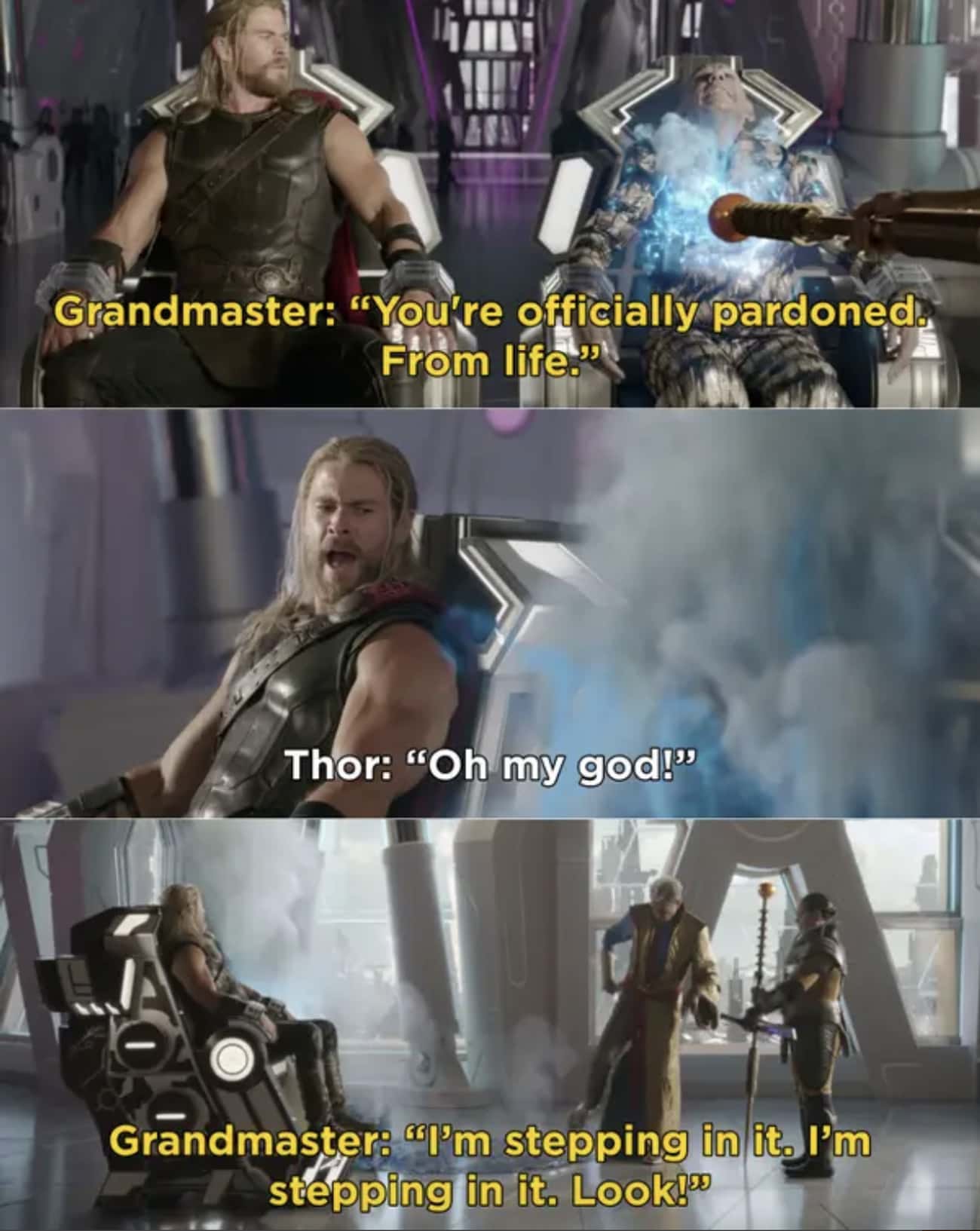 You do the crime, you got to do the time. And sometimes you end up a pool of biomass puddle and the Grandmaster steps in your entrails.

It’s been a real team effort guys. Kudos for the work. Now overthrow me, depose this dictatorship and elect me as your new ruler. Everything’s going according to plan. 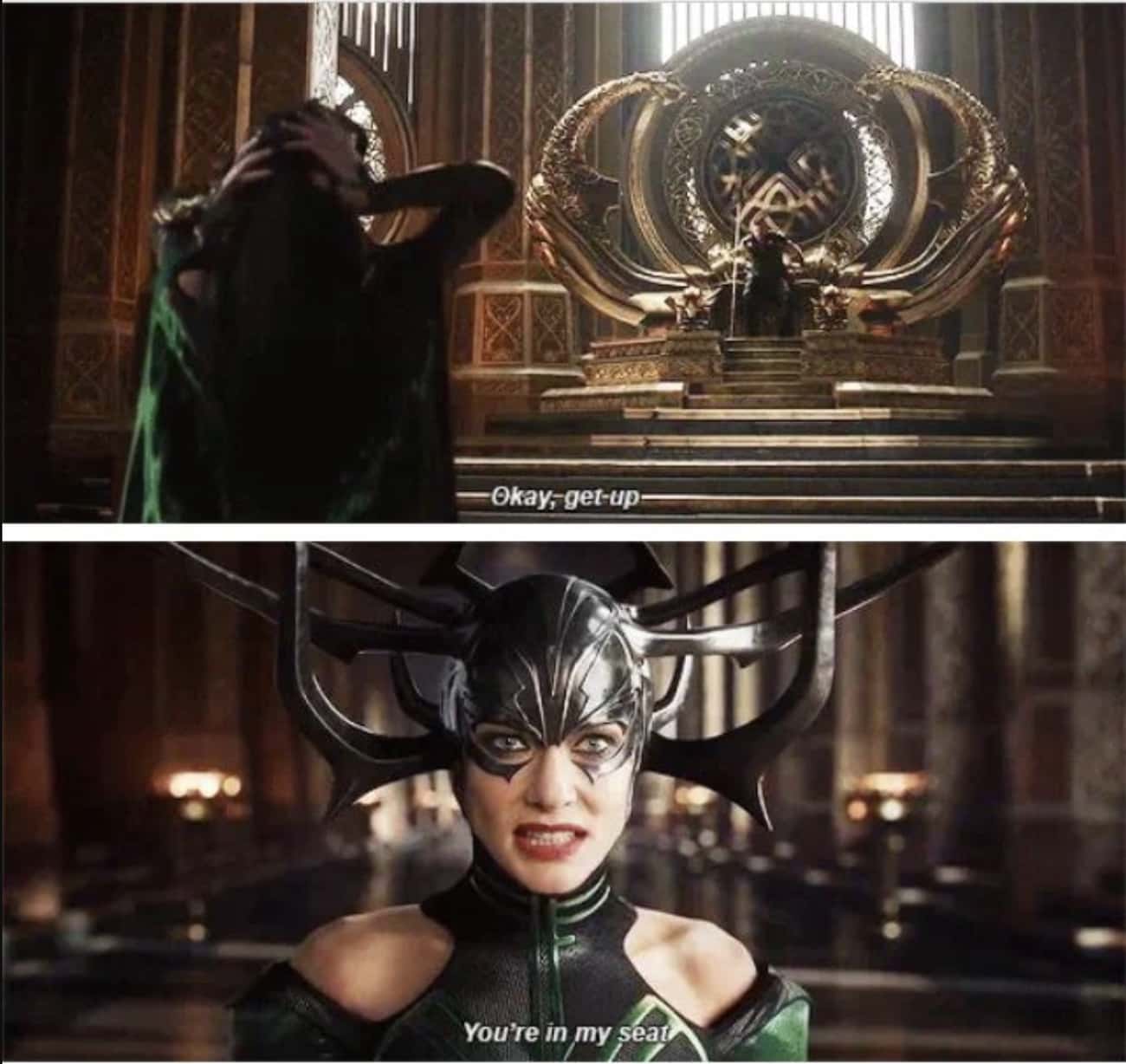 This scene gives us a sort of Big Bang Theory Vibes. Isn’t that Sheldon Cooper’s line Hela? That’s always his spot. You are in his spot.

Loki is just a busy little man doing his everyday chores. Laundry, vacuuming the floor, cleaning the windows, destroying an entire realm and killing countless lives, washing the car, going to the supermar… wait did we miss something?