As Konstantin Stanislavski remarked that “there are no small parts, only small actors.”, entertainment world today is filled is many remarkable actors. Some of them proved that small roles don’t let them stop from giving their best. Here we have listed 20 actors who got less time (precisely 10 Episodes Or Less) on a TV show but still left an everlasting impression on fans.

1) Pedro Pascal as Oberyn Martell on Game of Thrones 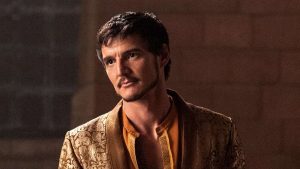 Pedro Pascal joined Game of Thrones during Season 4 and appeared on seven episodes. He brought his character, Oberyn Martell, to life and made a lasting impression on fans. We still can’t forget the horrific way Oberyn died. He made an impression that was stamped in fans’ minds and stuck with them until the very end.

2) Bella Ramsey as Lyanna Mormont on Game of Thrones 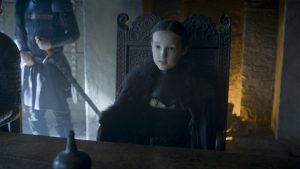 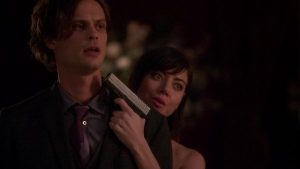 Aubrey Plaza first appeared during Season 11 and made her last appearance during Season 15. She appeared on four episodes. She was one of the most remarkable guest stars in the history of Criminal Minds. Her performance as Cat Adams was astonishing and is still talked about today. 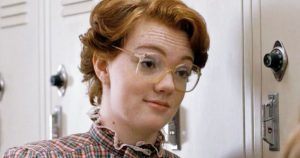 She appeared on four episodes, and in just these four episodes she became one of the most talked-about characters who have appeared on Stranger Things. Some fans are still not over how her story ended and her remarkable performance left a lasting impression.

5) Andrew Scott as the Priest on Fleabag 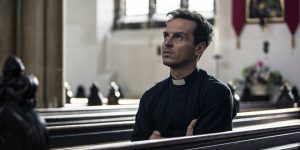 Andrew Scott was introduced as the Priest during Season 2 of Fleabag and appeared on six episodes. Andrew Scott completely knocked it out of the park this time and his performance was talked about. His flawless work on the show earned him several award nominations and he won the Critics’ Choice Award for Best Supporting Actor in a Comedy Series in 2020. 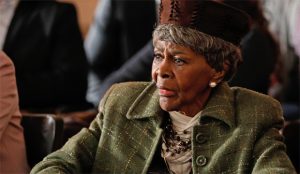 Cicely Tyson was introduced as Annalise’s mother during Season 1 and appeared in ten episodes, but she completely stole the show in every episode she guest-starred in. For her incredible acting, she was nominated for five Emmy Awards for Outstanding Guest Actress in a Drama Series. 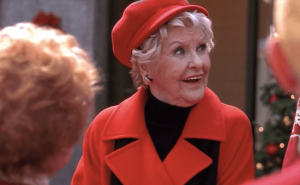 Elaine Stritch was a part of 30 Rock from Season 1 until the final season appearing in nine episodes. This was also Elaine’s last major acting role before her death in 2014. Her marvelous acting as Colleen got her an Emmy Award for Outstanding Guest Actress in a Comedy Series in 2007, and she was nominated four other times. 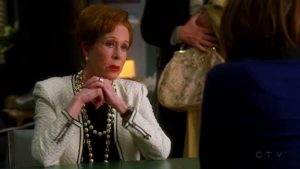 Many known faces have appeared on Law & Order: SVU over the years, but one appearance that is most memorable is of Carol Burnett during season 10. This appearance of Carol, who is known for her comedy, saw her switching to drama and it was amazing. Her work even earned her an Emmy nomination for Outstanding Guest Actress in a Drama Series in 2009. 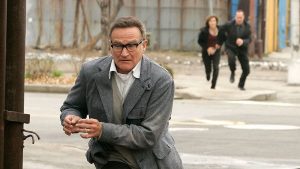 During Season 9, another memorable guest appearance that amazed and creeped out fans was of Robin Williams as Merritt Rook. His excellent performance made him one of the most well-known guest stars on the show to this day.

10) Carey Mulligan as Sally Sparrow on Doctor Who 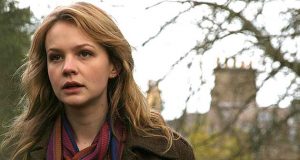 Carey Mulligan made her appearance in one of Doctor Who’s biggest episodes ever. Her incredible performance is still talked about to this day. “Blink” cleverly introduced the viewers to the Weeping Angels and Carey truly carried an episode that had very little of the Doctor in it. 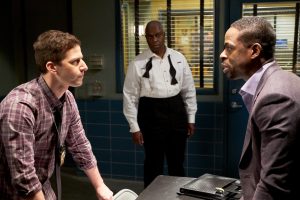 In his every performance, Sterling K. Brown does not leave any stoned unturned. Like always, he delivered an incredible performance in “The Box” from Brooklyn Nine-Nine.  It’s one of the greatest episodes of the series, and it earned Sterling an Emmy Award nomination for Outstanding Guest Actor in a Comedy Series in 2018. 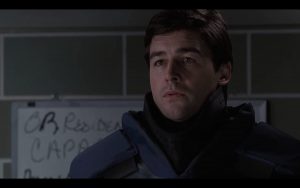 Many fans know Kyle Chandler from Friday Night Lights, but before that, he appeared in one of the biggest Grey’s Anatomy episodes of all time and came back for few more appearances. In the post–Super Bowl Season 2 episode his appearance as Dylan earned him an Emmy nomination for Outstanding Guest Actor in a Drama Series in 2006. 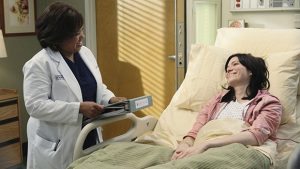 Mandy Moore guest-starred as Mary in the two-part Season 6 finale. Mandy’s brilliant work in this episode has made her one of the most memorable guest stars on the show to this day.

14) Monica Keena as Bonnie Crasnoff and Bruce A. Young as Tom Maynard on Grey’s Anatomy 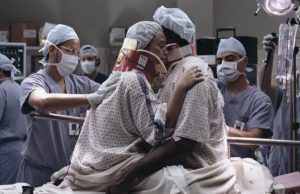 Many fans believe that “Into You Like A Train” from Season 2 of Grey’s Anatomy is a perfect episode of TV to this day, thanks to the incredible performances by Monica Keena and Bruce A. Young. The two of them beautifully brought Bonnie and Tom, two of the most memorable patients on Grey’s Anatomy, to life. Monica appeared in two episodes while Bruce only appeared in one. 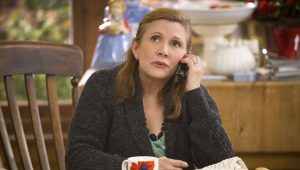 Carrie Fisher was a versatile artist and left lasting impacts on viewers with every role she played. Her work as Mia Norris in this hilarious series was brilliant. For her appearance in Season 3, she even earned a posthumous Emmy Award nomination for Outstanding Guest Actress in a Comedy Series.

16) Prince as himself on New Girl

Prince appeared as himself in one of the best post–Super Bowl TV episodes in recent memory. He helped Jess work up the courage to tell Nick that she loves him. 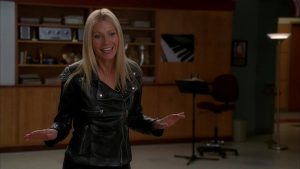 Gwyneth Paltrow appeared in five episodes as Holly Holliday. Guest-starring in both Season 2 and Season 5, delivering memorable moments in every episode she appeared on. She earned an Emmy Award for Outstanding Guest Actress in a Comedy Series in 2011 for her work in her first episode “The Substitute”. 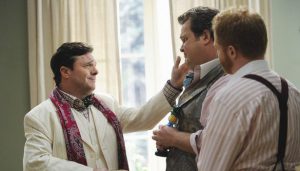 Nathan Lane made a hilarious appearance as Cam and Mitchel’s BFF Pepper, guest-starring in a total of ten episodes. He earned three Emmy Award nominations for Outstanding Guest Actor in a Comedy Series for his work on the show. 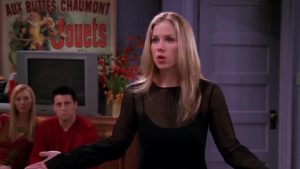 Christina Applegate appearance as Amy, Rachel’s “other” sister, is something Friends fans will never forget. She earned an Emmy Award for Outstanding Guest Actress in a Comedy Series for her performance in the first episode, and she scored a nomination for her second appearance too. 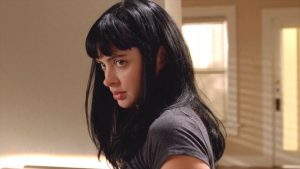 It’s rare that on a TV show filled with so much violence, a character’s death has a lasting impact. Jane’s relationship with Jesse is something Breaking Bad fans will never forget. In just nine episodes, Krysten was able to create a memorable character.