The DC Comics universe is home to the absolute most impressive artifacts in the entirety of fiction. Normally, these items and artifacts are utilized by the higher-dimensional creatures, divine beings, and godly creatures who possess power on an impossible scale.

These objects can be used to reorder reality, cause untold devastation, or fundamentally change the nature of the narrative of the comics itself. That’s why they must not fall into the hands of the evil. Here we have listed 20 powerful artifacts in the DC universe.

1) The Candle of Neron 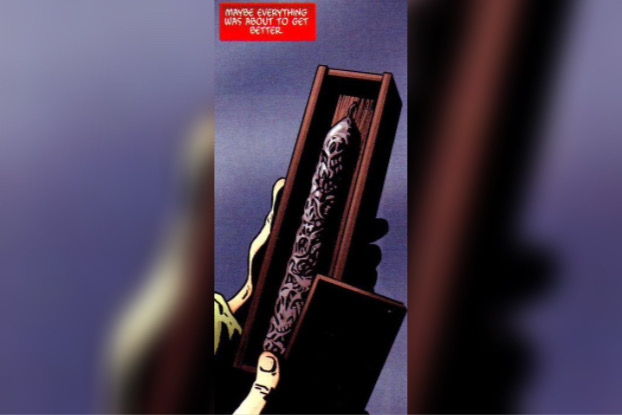 The Candle of Neron can be used to travel to hell but at the cost of the user’s soul. 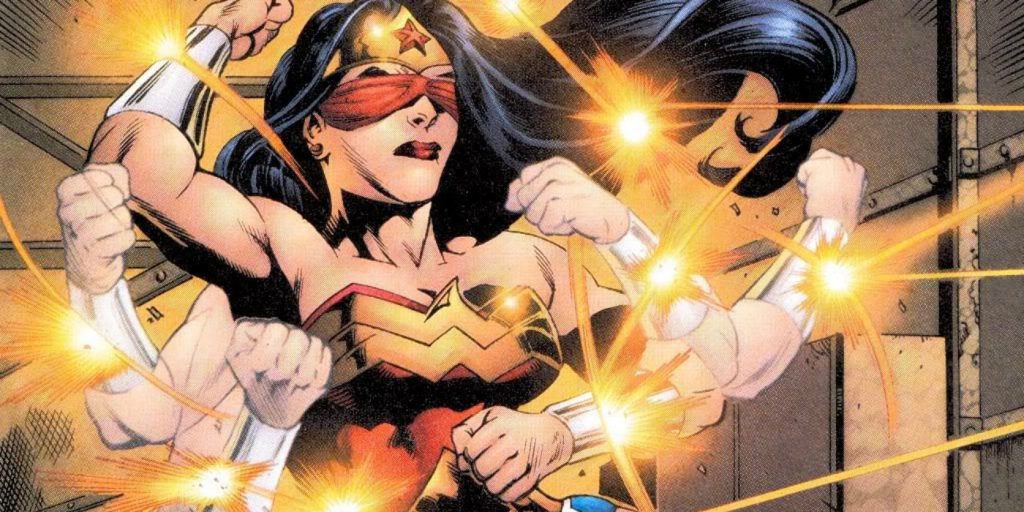 Diana Prince aka Wonder Woman possesses these Bracelets of Submission which were created for her by the Amazons. These bracelets can deflect bullets and release a massive energy surge if banged together.

3) The Heart of Darkness 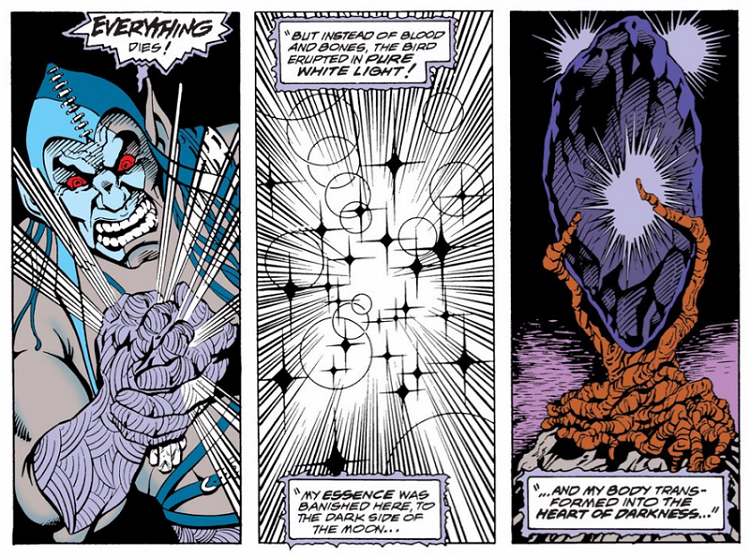 The Heart of Darkness houses the spirit of Eclipso – the manifestation of God’s Wrath. Whoever possesses one becomes possessed and incredibly strong and durable. It is mined on the planet of Apokolips.

4) The Lasso of Truth 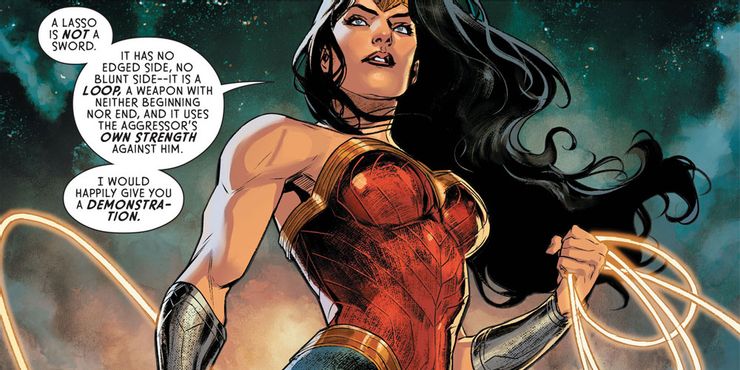 The Lasso of Truth is incredibly strong and can compel someone to tell the truth, as well as eliminate hypnosis. The Lasso was created by Hephaestus, The God of Fire, in the comics. 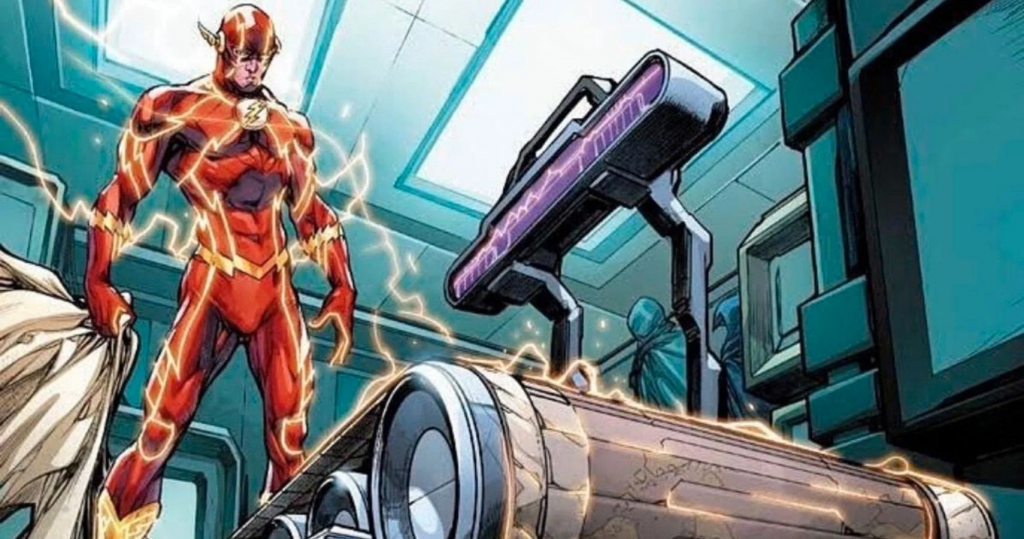 The Cosmic Treadmill can give its user superpowers. It was designed by Barry Allen in 1961 for staying fit and the occasional time travel. When the treadmill exploded, Hunter Zolomon became Zoom. 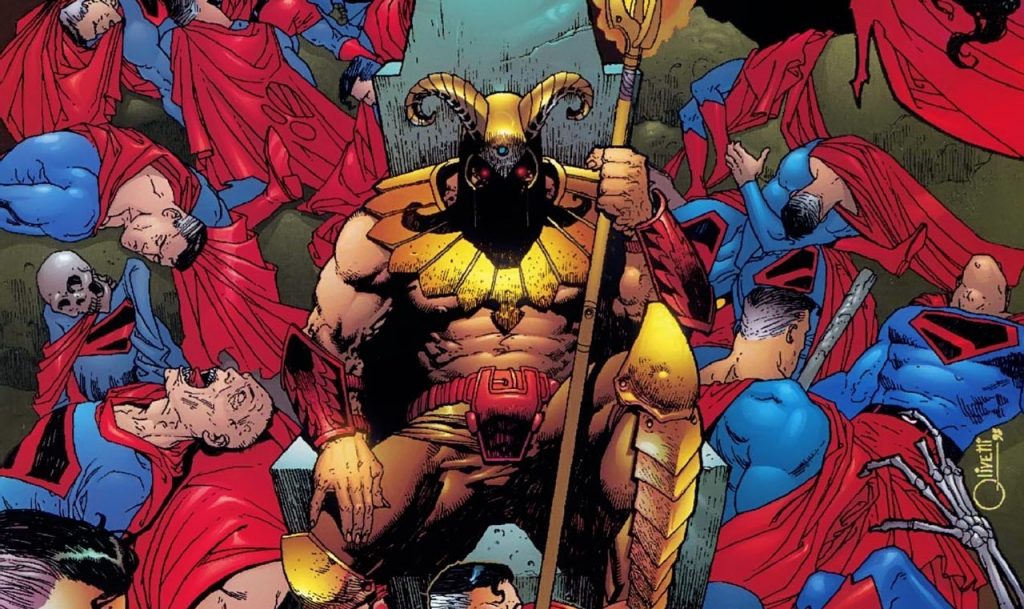 7) The Spear of Destiny 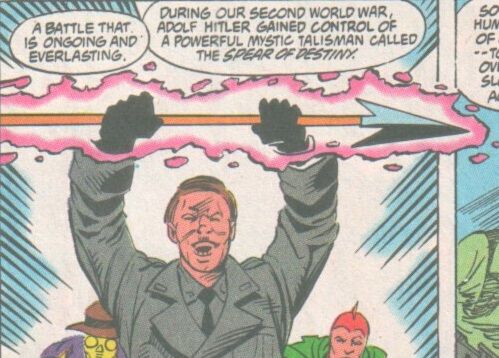 Whoever holds the Spear of Destiny is granted mind control abilities. The Spear pierced Christ’s body and was thus bestowed mystical abilities. 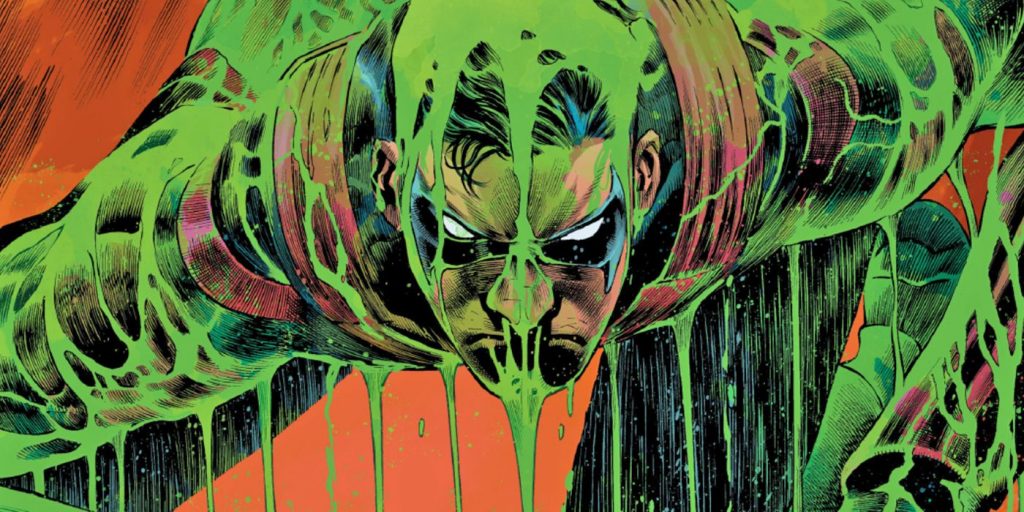 The Lazarus Pit can be utilized to bring back the dead, heal lethal wounds, and it can even grant immortality to a person who takes regular baths in it. The Pit has side effects but they are pretty minor compared to how powerful it is. Apart from granting flight, Nth Metal can also resurrect its user and grant him/her enhanced psychic and energy manipulation abilities. The Nth Metal is much more than the Thanagarian Empire’s greatest weapon. 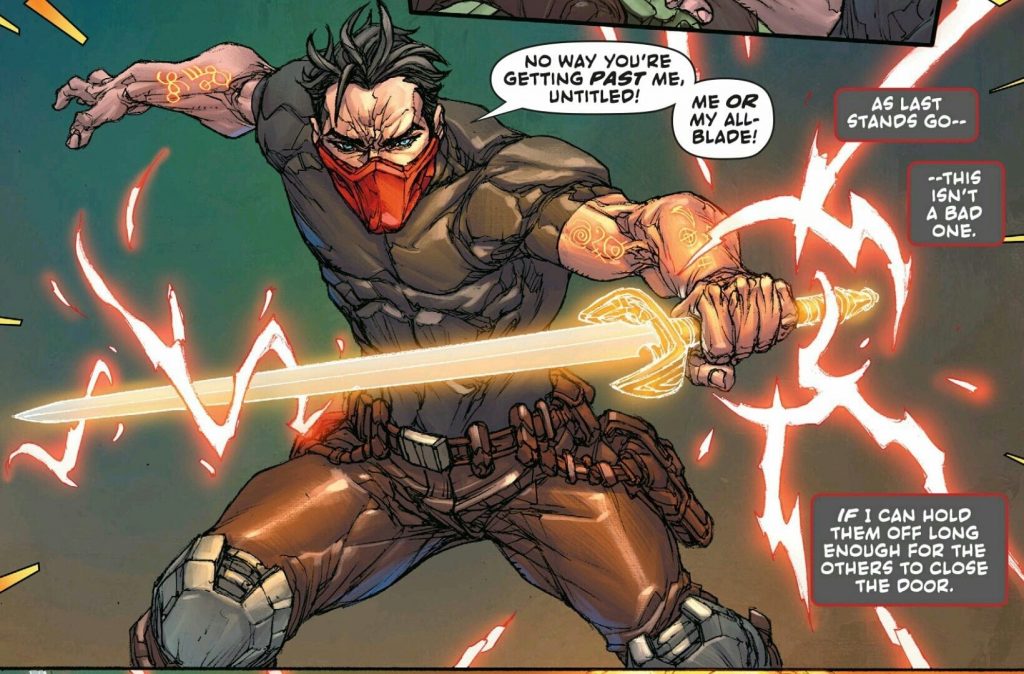 The All-Blade can be used to kill Gods. When the user spills his/her blood on it, the All-Blade activates and gives him/her the ability to fend off and kill magic-based foes. It is made out of pure evil. 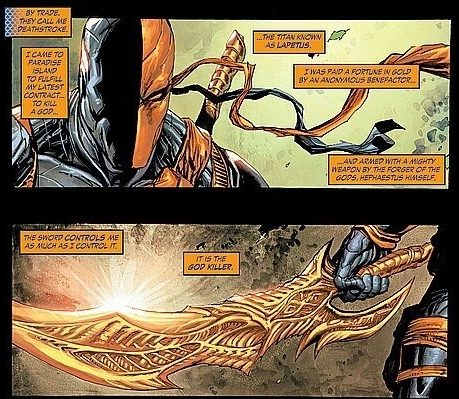 The Godkiller was forged by Hephaestus and gave it to Deathstroke and the purpose behind its creation was to put an end to Titan Lapetus. The weapon has extraordinary abilities such as changing its form into any other weapon, absorb and redirect energy. This artifact was strong enough to hurt Superman. 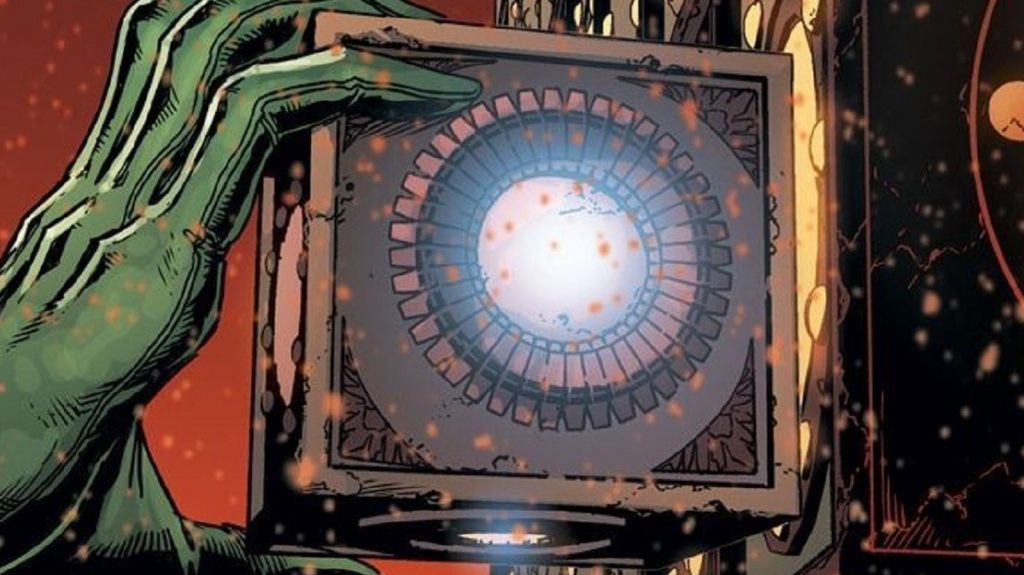 The Mother Box is a sentient, autonomous computer that can be used to travel to any location, alter reality, exert control over living beings, and many other applications. It is powered by the Source Wall, said to be the energy that is granted by the creator of the multiverse itself. 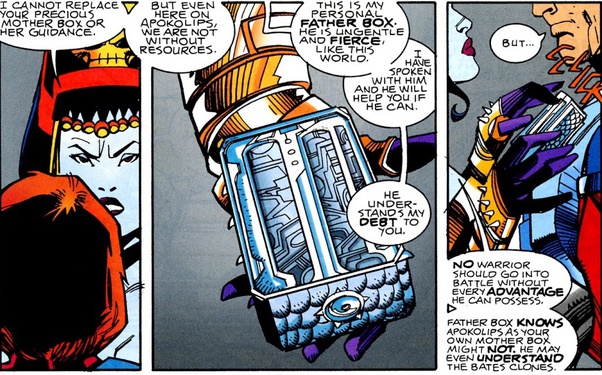 The Father Box was created on Apokolips to match the abilities of the Mother Box, but it was a twisted version that allows the device to wreak havoc on reality, especially when in the hands of Darkseid. The Mobius chair was crafted by Mobius the Anti-Monitor. Whoever sits on it is granted absolute knowledge. The chair also allows its user to teleport to any location in existence, across any time stream.

15) The Rock of Eternity 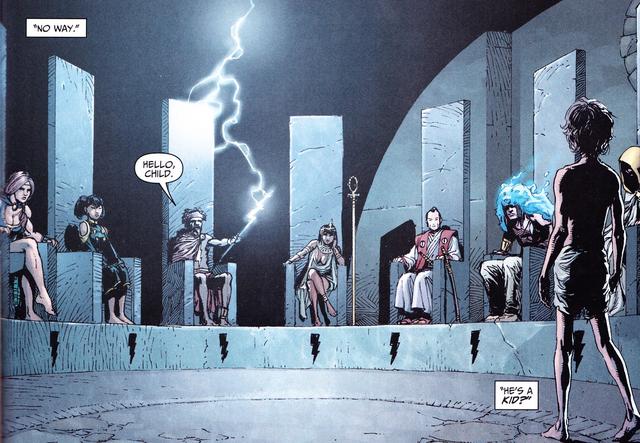 The Rock of Eternity was created when a rock from heaven and another rock from hell were combined by the Wizard 5000 years ago. The Rock is powerful enough to house the Seven Deadly Sins as well as several demonic monsters.

A bullet made out of Radion can travel back in time. Orion, an immortal New God, was put to an end using this artifact. In Final Crisis, Batman uses the same bullet to kill Darkseid. 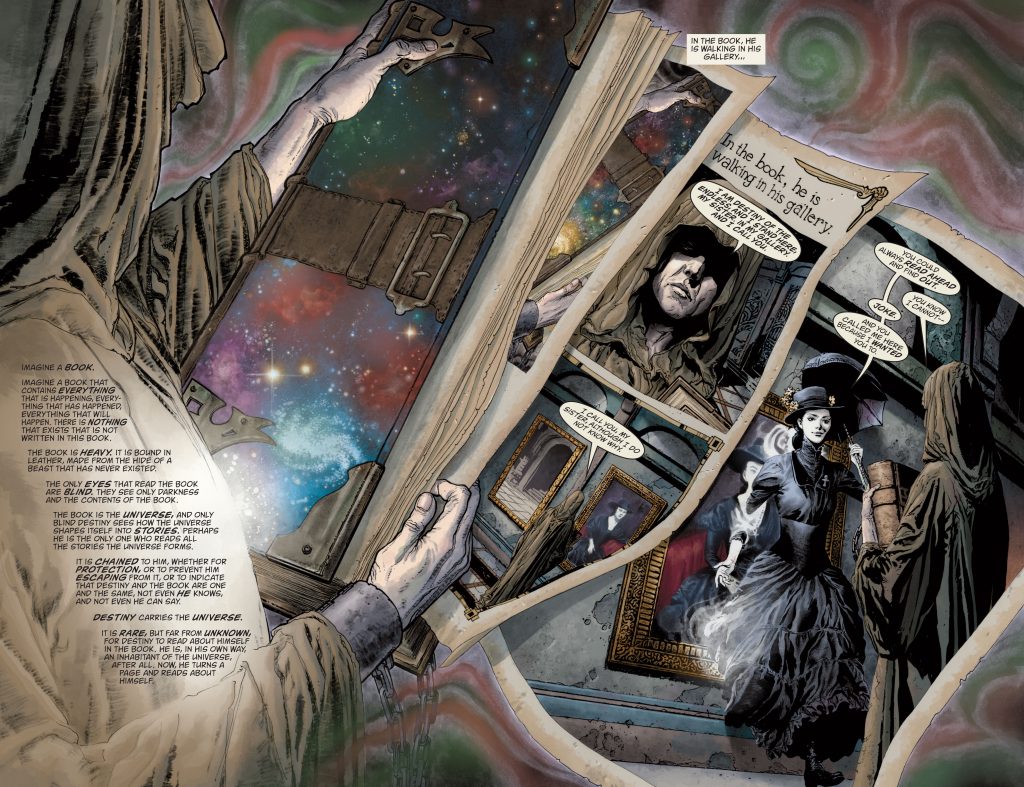 The Book of Destiny (also known as the Cosmic Log and the Book of Souls) was first introduced in the 1970s, the book contains information about all events about the past, the present, and the future of this universe. 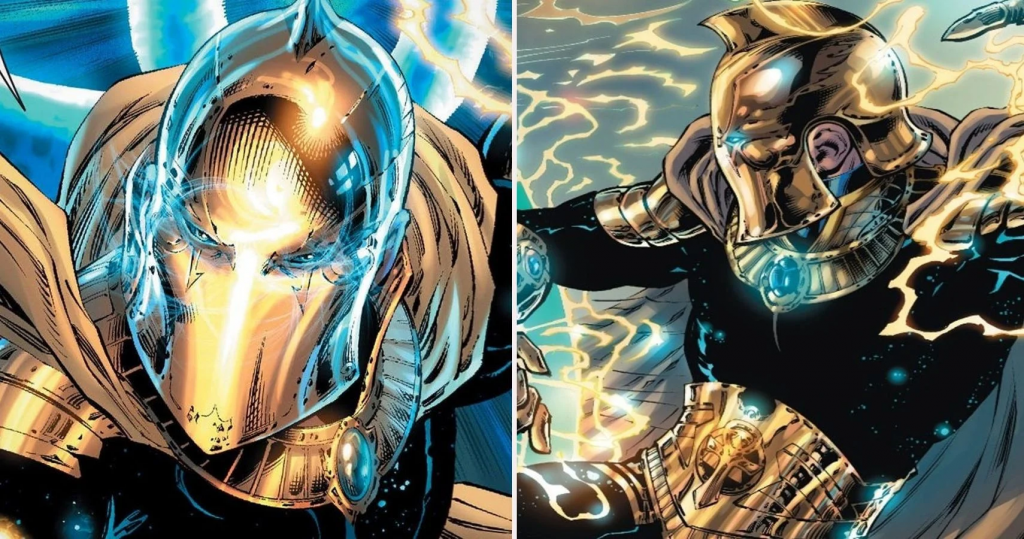 The Helmet of Fate was created by the Lord of Order Nabu and is the most powerful supernatural artifact of the DC universe. It houses Nabu’s mind and allows the wearer to cast any form of spell imaginable. 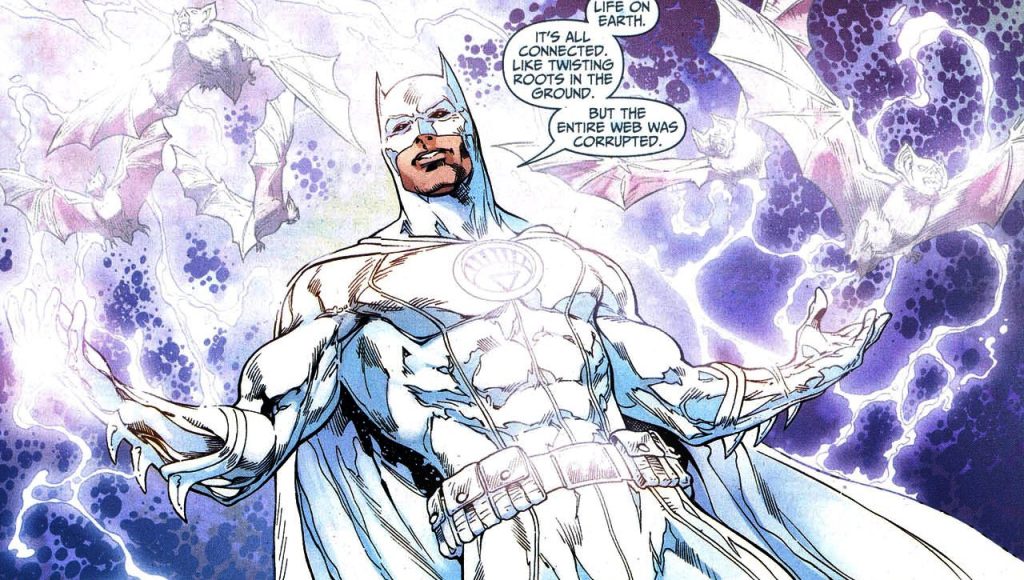 Fans know that the seven different Lantern Rings have their own limitations, but the White Lantern ring has none. It grants the user the standard lantern powers but also gives them the ability to create and control life. In simple words, The Miracle Machine can turn thoughts into reality. With this single ability, the Miracle Machine can do anything its user desires. The user can remake the universe from scratch, create a pocket universe within an existing one, or simply wipe an enemy from existence by erasing their entire timeline.

Superman used it to recreate reality when Darkseid subdues the World after learning of the Anti-Life Equation in Final Crisis.

Also read: 10 Terrifying Versions of the Joker from DC Comics