Until the year 1998, fans seem to be in a state of disappointment as superhero movies weren’t in plenty to satisfy their comic nerd side. Tim Burton’s Batman movies were around of course with Batman Forever and Batman & Robin, which had its hits and misses.

The year 1998 saw a revolution when British director Stephen Norrington (Death Machine, The League of Extraordinary Gentlemen) and writer David S Goyer (The Dark Knight trilogy) redefined the superhero genre with the movie, Blade. It was a first for the American audience in terms of stylization and narration too. The action direction was hailed top notch and costume design had sure given all comic book geeks a huge rush.

The audiences connect sure proved in the whopping box-office numbers as the movie is said to have grossed $130 million, while it was made on a $45 million budget. This is a game-changer for a movie which was clearly an R-rated horror action one.  Let’s try to decode as to why Blade proved to be a game-changer and the beginning of an era for comic book movies.

The beginning of a Blood Legacy 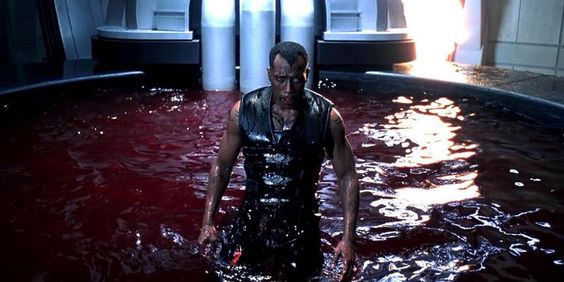 Blade has had its fair share of successors or imitators, to be precise.  The movie laid the groundwork for several other action flicks and the most popular among it would be, Underworld. The slick storytelling part was also used for Resident Evil franchise which included zombies too. The 1998 instalment of Blade was followed by 2 sequels with the second one releasing in 2002. Maverick director Guillermo del Torro helmed this one and this instalment made sure the movie had a stronger fan base. This part hit the bull’s eye with critics and garnered rave reviews thanks to the Del Torro touch it had. Blade II was made on a larger scale, which meant gore and violence as well. The story had intensive details as it expanded on the vampire hierarchy and just didn’t restrict them to your clichéd and over-the-top blood-sucking machines.

The franchise hit a roadblock with its last outing in 2004, which was Blade: Trinity. The third instalment was directed by its screenwriter David S. Goyer. It had a bigger star-cast but, with what happened behind the scenes turned the end product into a disaster. This included a promising Ryan Reynolds as the Hannibal King and still was a let-down for its fans.

The movie performed fairly well at the box-office and was trashed by critics all over. The movie simply failed to impress them as the stakes were high from the previous movies. It was even termed as the ‘step-child’ the franchise should have never had. 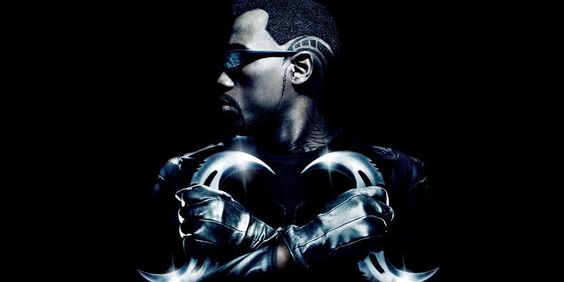 The influence of Blade doesn’t end with the movies and goes way beyond that. The trilogy wrapped up in 2004 and was later followed by the television series that had Kirk Sticky Fingas Jonas in the lead. He played the titular vampire hunter for season one. This show saw a creation of a cult rather than a huge mass fan following for it. Blade also featured in an anime series which was a crossover by Marvel with the famous animation studio, Madhouse (Trigun and X). This is, of course, gave it a quirky Japanese twist.

The features of the character underwent several changes when it appeared in these shows and comics by getting his own Max, being the adult imprint of Marvel series. This had a way similar resemblance to Wesley Snipes. The mass hero appeal that Captain America or Black Panther enjoys is not what Blade enjoys, thanks to it’s 20-year-old release. With an increasing liking towards by pop-culture by people all over, Blade is sure to not fade away anytime soon.