“The art of stunt-making is not about falling down; it’s about getting the shot. Creating stunts is creating heroes.”

There isn’t any doubt that Hollywood has given us fans some of the most magnificent and tempting celebrities.

If we talk about a celebrity, it is a condition of fame and board public recognition of an individual person, who acts in movies to entertain us all, with their acting, dancing, fighting, stunts and many other skill sets.

But do you that all those hazardous stunts that we see in the movies done by our favorite actors are actually performed by the stunt doubles in reality. So what do we mean by stunt doubles?

According to the given sources, a stunt double is a person who is specifically a stunt skilled replacement used for movies or video sequences.

For instant jumping off a building or driving a car off the cliff and for other trailblazing stunts that the actors cannot perform.

Though these celebrities are the most happening part of a movie, there are these real stunt doubles who become the center of attention.
Isn’t it all risky…

If yes, then check out these images compiled by Animated Times of celebrities with their stunt doubles, which is definitely gonna blow your senses.

She is one hell of tough actress and have performed all of her stunts. But at times her stunt double has helped her in some of her movies. 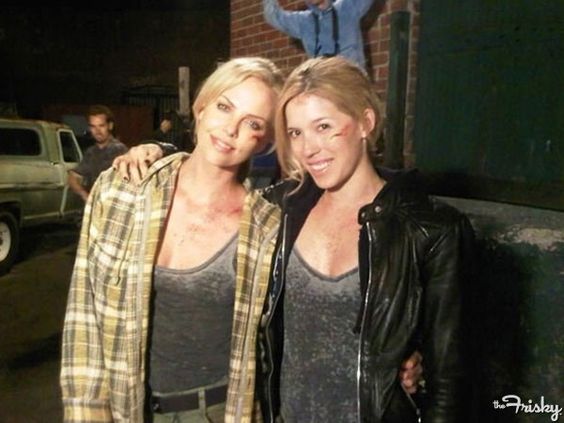 Harry Potter’s famous Ron Weasley is played by Rupert Grint. His stunt double was used in some of the scenes. Fun fact apart from his hair there aren’t any similarity between Rupert and his stunt double. 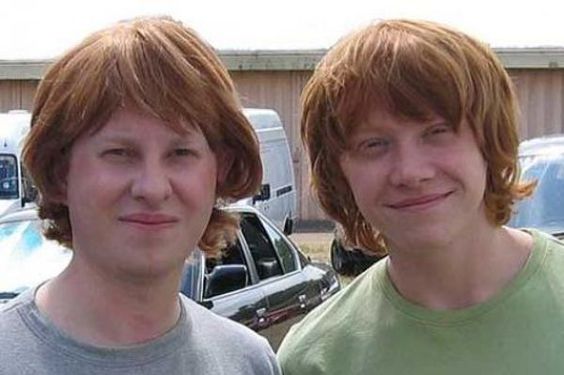 Kate is a sexy British actress and had been famous for several roles. She had to use a stunt double, sexy as herself if not more, when she had to do a really really difficult stunt. 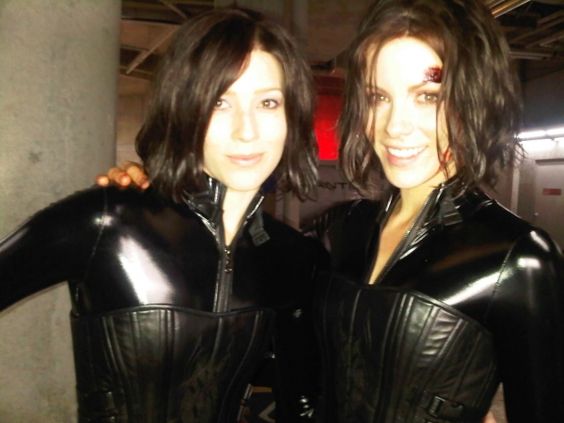 The textbook definition of a Hollywood diva is Angelina Jolie, who has used a stunt double if few movies like the Tomb Raider, Salt, Wanted, Mr & Mrs Smith. 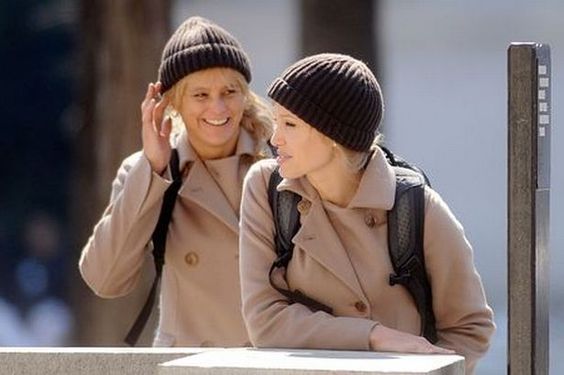 An actress who blew everyone’s mind with her performance in Black Swan. Having done action thriller movies made her used the help of her stunt double. 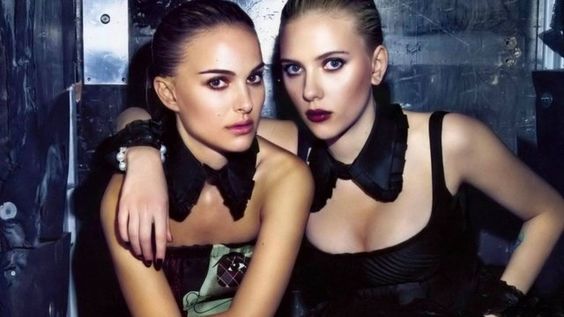 The first ever woman to play Wonder Woman in the 70’s was Lynda Carter, and has used her stunt double a couple of times for difficult stunts while playing the role. 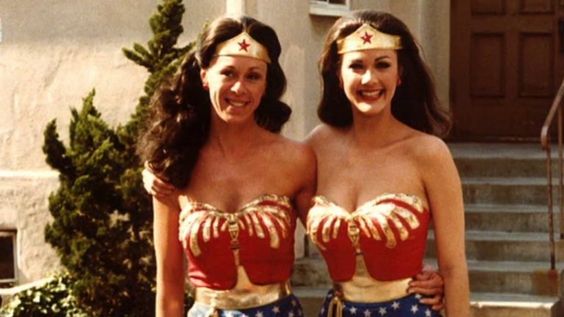 Known for his insane physical transformations giving justice to his characters he plays. But sometimes even tough Hardy needs a stunt double to perform stunt. 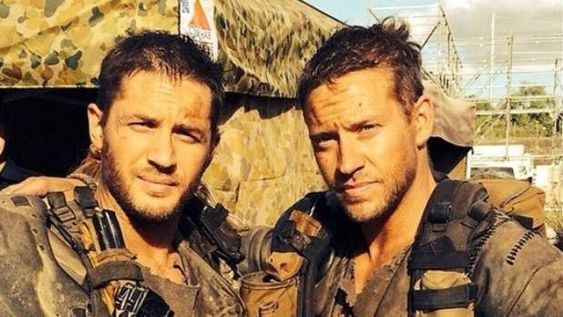 Well there is no one in this list who could perform his own stunt. But till now there have been no one to do his stunts as he has been performing his own stunts since the day he became an actor. 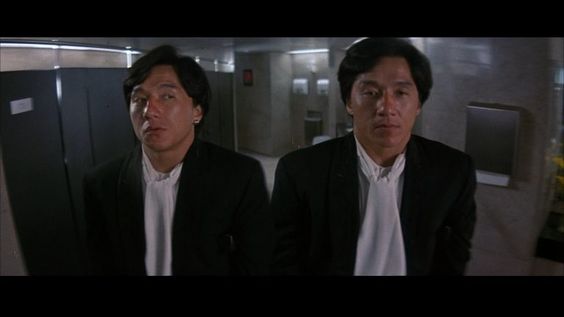 A talented young actor Andrew Garfield played the science nerd Peter Parker aka Spider-man in the Amazing Spider-man series. It was difficult for him to play a superhero because of his previous roles thus a stunt double was required. 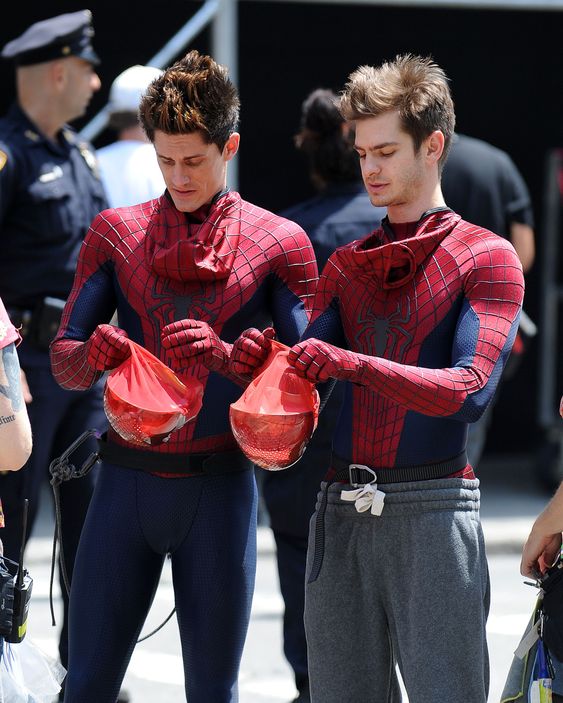 If we talk about casting someone as Catwoman in a Batman movie, then Anne Hathaway is the name that won’t come to your mind. But eventually Nolan casted her as the Cat burglar and buoy and thus she required a stunt double. 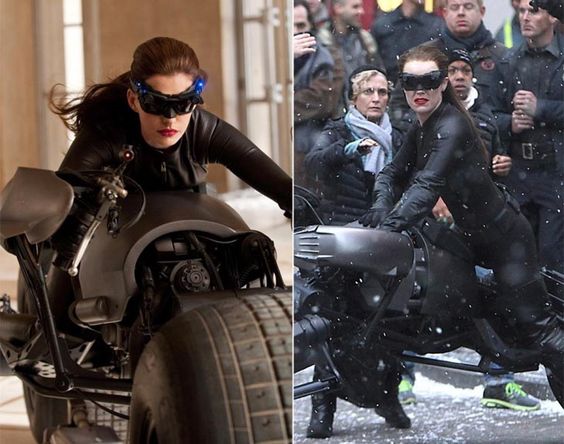 One of the sexiest actors to have ever worked in the Hollywood industry is Brad Pitt. He has been a gentleman as well as professional actor throughout and has used a stunt double a few times. 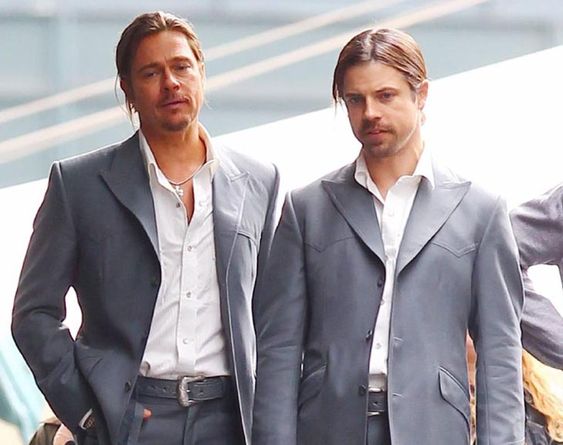 A young sparkling actress who is black out, by  middle-aged men. Being a perfect combo of hotness, sweetness and playfulness, needed a stunt double for movies like Knight & Day.

After playing the role of famous superhero Captain America aka Steve Rogers in the MCU Chris became a famous celeb. As a respectable and patriotic superhero, he had to dosome serious stunts which were done by a stunt double. 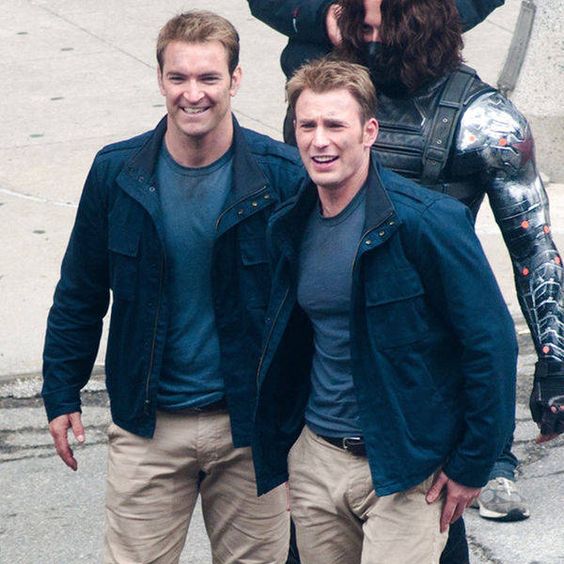 This macho, charming and talented Australian actor gained fame after he played the role of the God of Thunder aka Thor in the Marvel movies. Showing his comic side in his recent  Thor: Ragnarok movie which was loved by fans. Chris at times has used stunt doubles.

The new “Mr. Reliable” in Hollywood is Chris Pratt as he is one of the most go for-after actors in Hollywood because of his talent of making his characters believable, and at times has needed stunt doubles. 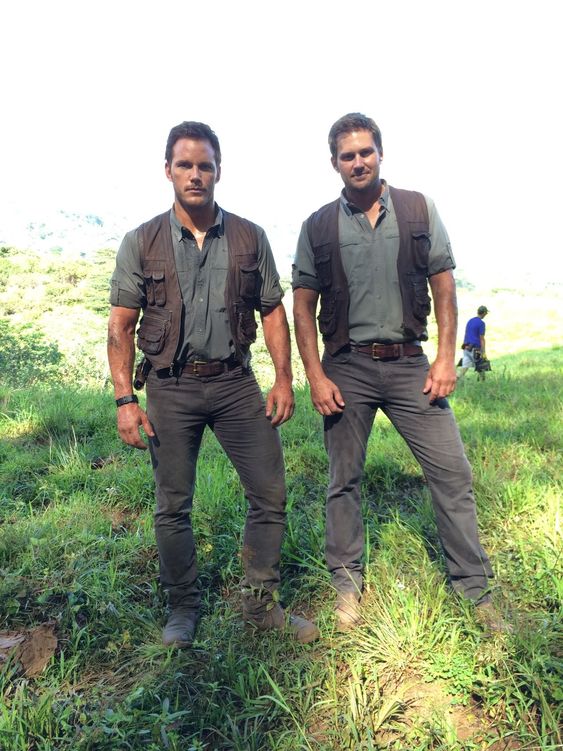 Wow… Could you believe this that the fight between Batman and Bane in the movie ‘The Dark Knight Rises’, a part of it was done by their stunt double?? 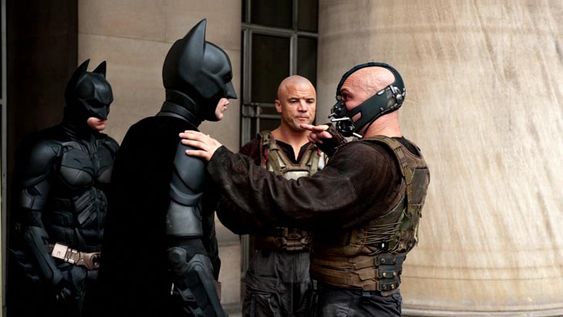 An extremely talented British actor who plays the role of James Bond as he perfectly fits in it. Being a well known action figure, all of his daredevil stunts are performed by his  amazing stunt double. 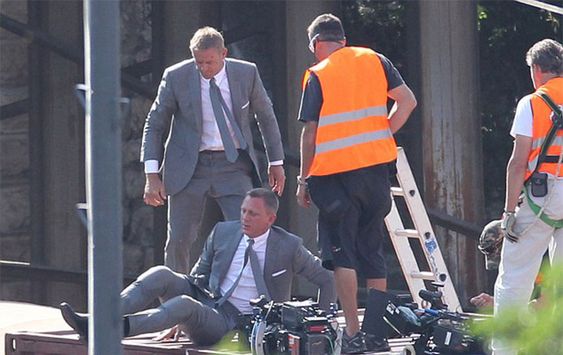 The main character of the epic HP franchise Harry was played by non other than Daniel Radcliffe. He has at times used a stunt double for some of his stunts. 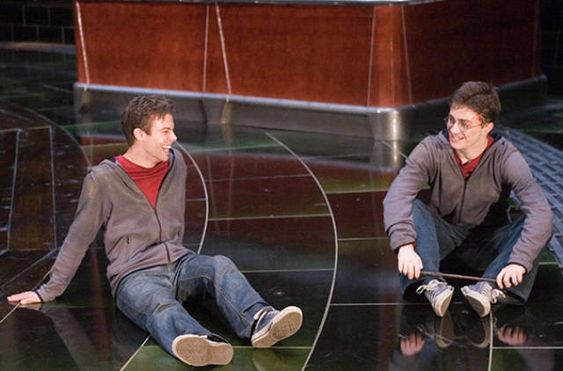 Famous WWE star Dwayne ‘The Rock’ Johnson, turned to be the highest paid Hollywood actor. Though this tough actor loves to do all of his stunts but sometimes even he needs a stunt double. 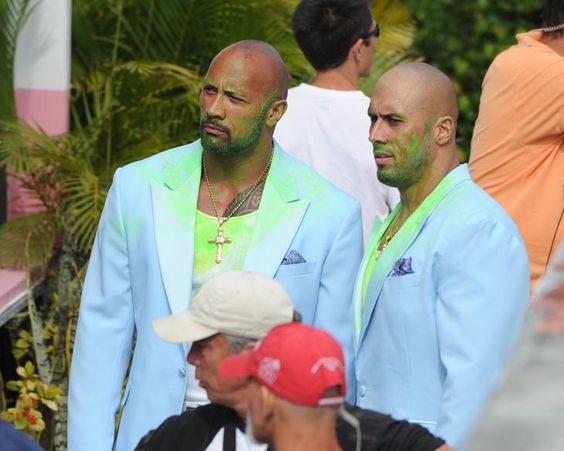 The Hollywood superstar of tomorrow, Emma Watson has played Hermione in HP franchise and have impressed fans with her strong performance. Despite all this she too has a few stunt doubles.

One of the most sportiest and nicest persons in the entire Hollywood industry Hugh Jackman , has served as the iconic  clawed superhero the Wolverine for over a decade. Doing some insane stunt sometimes required him to have a stunt double just like him. 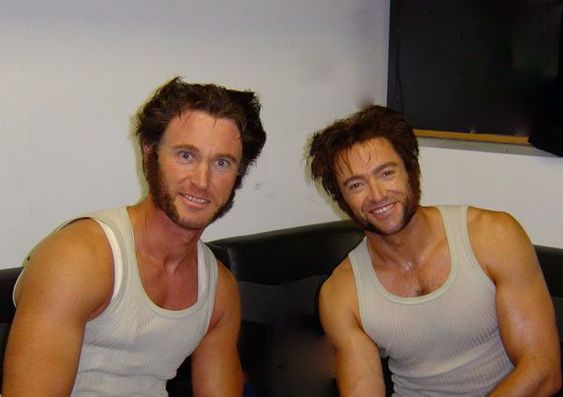 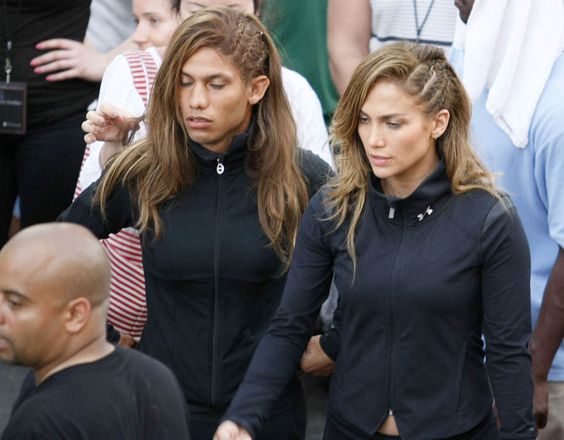 One of the most versatile actors, who has done pretty offbeat roles throughout his career. One such big role was playing Captain Jack Sparrow in the Pirates of the Caribbean film series. he has a stunt double who pulls off some of his stunts.

A highly talented young woman Karen Gillan made her name in the Hollywood industry all by herself. Being in marvel movies and the Jumanji series required her to have a few stunt doubles. 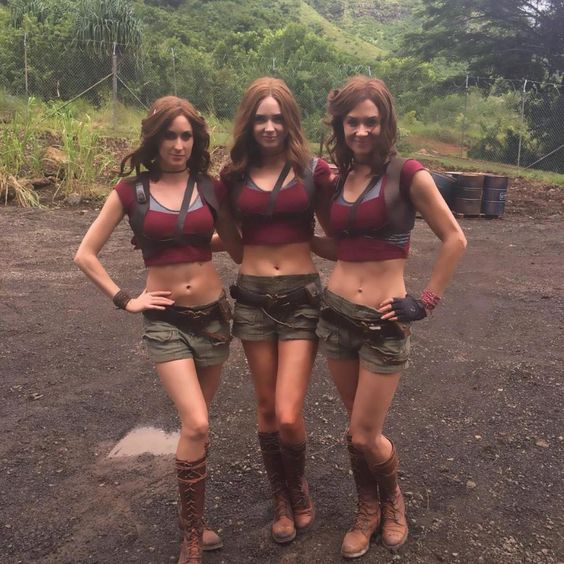 One of the hottest and sensational actress in the Hollywood today Margot Robbie has been an overnight star when  she starred opposite Leonardo Di Caprio in ‘The Wolf of Wallstreet’. Robbie had at times used a stunt double for some of her roles. 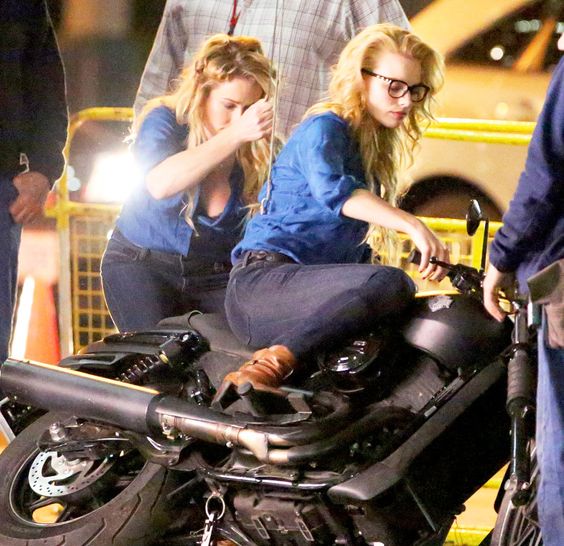 Despite how well these actors are, but when there is a stunt, they are unable to perform these stunt doubles come into play.
Helping actors to perfectly soothe these critical roles.
So this his the list of our 25 picks of celebrities and their stunt doubles.
Hope you had fun gazing on the list.
What did we miss?
Let us known the comment section down below.