Fans have watched several different DC shows on TV. Some have been canceled, while others have been renewed for additional seasons or even continued on other networks. Many DC shows have never come to fruition but several projects almost happened but ended up not going forward. As of now, Marvel Studios has the MCU with multiple interconnected film and TV franchises as well. Meanwhile, DC’s offerings include the DCEU, which Warner Bros expands further in their live-action universe within the same multiverse. Arrow fans are witnessing another lighter tone within this universe through Supergirl, Legends of Tomorrow, and The Flash!

With that being said, like any other TV genre, it isn’t uncommon for a studio to propose a comic book adaptation only for it to never make it to air or even reach production. Just like the DC universe owns so many powerful superheroes, sometimes a project just does not pan out. It can be anywhere from creative differences to a network not being satisfied with a pilot or series script. That being said, these were the 4 DC TV shows that almost happened, but got cancelled –

The Adventures Of Superboy

Before Superboy was introduced to the new world of Smallville, there was an attempt made at bringing the Man of Steel to life on his own. Back in 1983, David Wilson created a script for a pilot entitled The Adventures of Superboy which was to star none other than Johnny Rockwell as the titular character! Despite having 13 scripts commissioned, not even one episode got produced out of all the hard work put forward. Smallville fans can now see some remains of the failed efforts in its complete series box set that comes packed with some pretty interesting memorabilia.

When Barbara Gordon was suggested by the producers to join the third season of Batman 66, the first thing they did was create a 7-minute proof of concept. It allowed them to convince ABC and 20th Century Fox TV (which produced the show) that Batgirl was needed in the lineup. The pilot never came to be, but it helped make way for an unprecedented addition to Batman 66 as well as a strong female lead character who suited up 3 years later in Super Friends.

Danny Bilson and Paul De Meo directed the 1990 television movie The Flash for CBS. Although ratings were not spectacular, it gained a cult following. The duo had wanted to create their own interpretation of the comic book superhero in a series titled Unlimited Powers, which would have served as a spin on the Justice League with Flash, Green Arrow, and others in starring roles. Unfortunately, rating figures did not live up to their standards, and Unlimited Powers was canceled before production could be completed. Many actors involved with this project went to reprise their roles in the later series for Fox produced by Bonanza producers Greg Berlanti and Andrew Kreisberg which got more attention due to being on air longer.

Smallville was first pitched as the concept of a teen Superman. He was going to go through the struggles of being growing up in the shadow of his older cousin in high school. In 1999, Tollin/Robbins Productions took that idea and approached The WB Network. But their answer was “We don’t want to compete with Spielberg.” As a result, it got declined. Then when Bruce Wayne was canceled by FOX after two episodes on air, Clark’s dynamic with everyone got changed. He finally felt ready that he can reveal himself. Since Smallville wasn’t a Batman prequel, they decided to go ahead and use Batman Begins as a basis for their show. Here is where they got all the references from, along with giving them credit fully while taking a due course based on their own original ideas developed over 9 years! 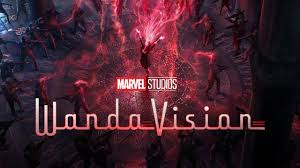 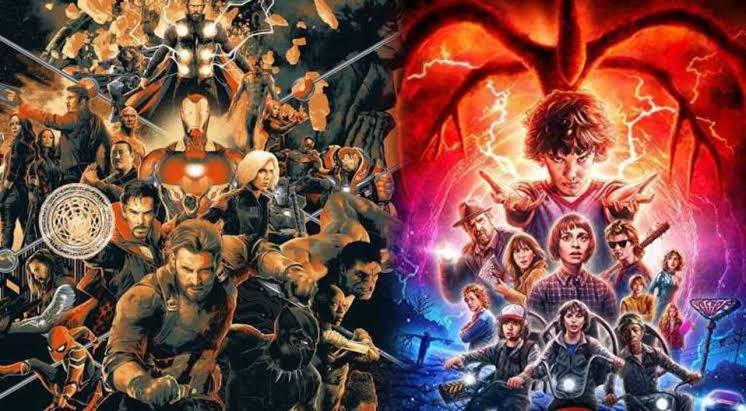 Read More
Could Stranger Things season 4 resemble Avengers: Endgame? It's not a crazy thought, just hear us out! 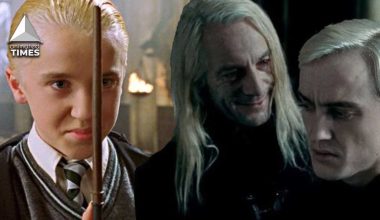 Read More
Extreme hatred is usually the first thing most Potterheads feel when they see Draco Malfoy’s face. However, despite…