Tobey & Andrew’s Spider-Man are widely assumed to be in “No Way Home”:

Spider-Man as played by Tobey Maguire and Andrew Garfield is widely assumed to be in Spider-Man: No Way Home, but owing to the multiverse, other renditions of the web-slinger may emerge. The multiverse will be released into the mainstream MCU in “No Way Home,” as shown in the first teaser, due to a failed attempt by Peter Parker and Doctor Strange to reverse public awareness of Spider-secret Man’s identity. Before Alfred Molina’s Doctor Octopus returns, what appear to be electrical discharges from Max Dillon’s Electro and a pumpkin bomb from the Raimi universe’s Norman Osborn are revealed in many crowd-pleasing moments. While not revealed in the trailer, the appearance of the previous two Spider-Mans is perhaps the film’s worst-kept secret, but they may not be the film’s only new spider heroes. Crossovers across universes are a mainstay of the superhero genre, and Spider-Man is no exception. Since its inception in 1939, the original Marvel reality, dubbed Earth-616, has maintained the publisher’s mainstream continuity, despite the existence of other famous parallel timelines such as Ultimate Marvel and MC2. In the 2010s, Marvel produced narrative arcs like Spider-Men, Spider-Verse, and Spider-Geddon, which brought together many comic and film incarnations of Spider-Man against similar foes. When the famous Ultimate Marvel world came to an end, the fan-favorite Miles Morales version of Spider-Man, luckily, became a regular part of the mainstream comics, battling alongside Peter Parker on a daily basis.

The concept was adapted for the cinema in Spider-Man: Into the Spider-Verse, an animated feature released in 2018:

It was only a matter of time until this concept was adapted for the big screen, and 2018’s animated feature Spider-Man: Into the Spider-Verse was a smash hit with both comic book fans and casual viewers alike, introducing many non-comic readers to Miles Morales. With three main live-action Spider-Man versions, fans have long desired to see the three interact on the big screen. Marvel, known for its fan service, has all but guaranteed that Tom Holland’s two predecessors will appear in “No Way Home” by unveiling the villains from the prior trilogy. Given the popularity of Spider-Man crossover tales in comics and animation, Marvel may create more Spider-Man characters, each having a tie to one of the three live-action franchises.

So we got a few Spider-Mans from alternate dimensions that might or might not be a part of Spider-Man: No Way Home. Have a look at these people: 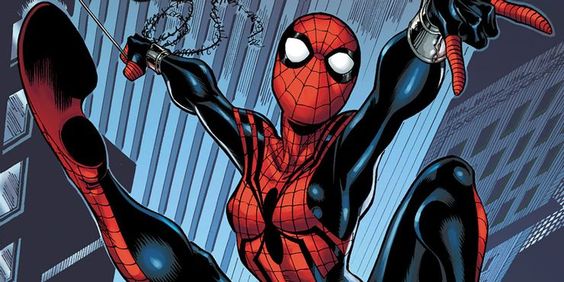 “Mayday” Parker is the daughter of Peter Parker and Mary Jane in Marvel’s MC2 world (Earth-982). MC2 is nearly similar to Earth-616, having diverged from the main timeline during the (in)famous Clone Saga. Despite the fact that she appeared to be born without capabilities, Mayday obtained skills that were remarkably comparable to her father’s throughout her high school years. Though Peter Parker and Mary Jane were opposed to their daughter risking her life in the same way that Peter did, Mayday became Spider-Girl, following her father as New York’s web-slinger. Mayday as a film might easily be the daughter of Sam Raimi’s Peter and Mary Jane. At the conclusion of Spider-Man 3, the two begin to renew their romance, and considering the fourteen years that have elapsed between Tobey Maguire and Kirsten Dunst’s previous appearances, Marvel may choose not to digitally de-age them and have them be an older married couple and Spider-parents. Girl’s In this scenario, an older and more experienced Spider-Man would battle alongside Tom Holland’s version, establishing a father-daughter team with Mayday’s Spider-Girl. Fans of the previous films would rejoice at the Raimi version of Peter and Mary Jane’s healing relationship, and having Peter transfer the torch to his daughter would make it even better. 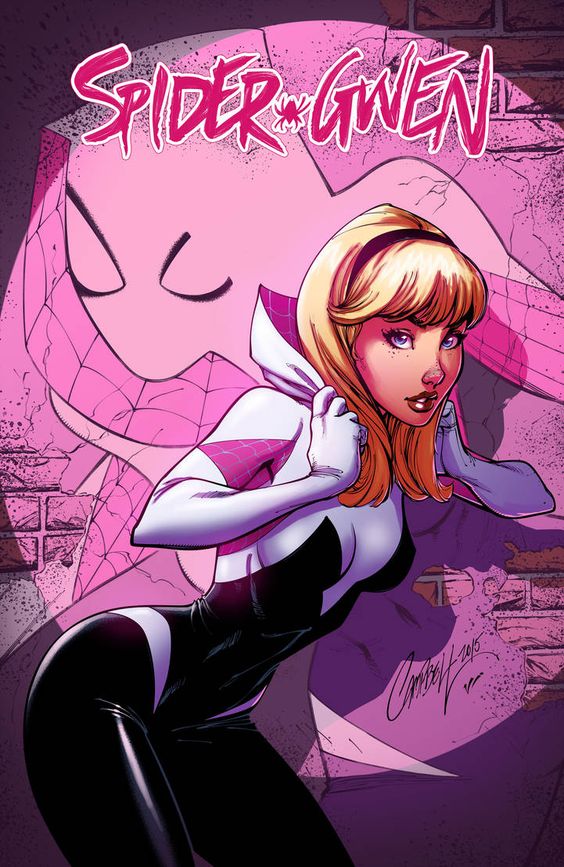 This parallel version of Gwen Stacy was bitten by a genetically engineered spider instead of Peter, obtaining superhuman powers and becoming Ghost-Spider (after previously being known as Spider-Woman and “Spider-Gwen”). In this version, Peter Parker was renamed “The Lizard” instead of Spider-Man, and he sadly died during his final struggle with Gwen. In 2018’s Into the Spider-Verse, Ghost-Spider is a prominent alternate-world Marvel hero who made her film debut with Miles Morales in Into the Spider-Verse. There’s a wonderful chance to bring Mayday Parker to the MCU. Emma Stone’s portrayal of Gwen Stacy in the Amazing Spider-Man flicks was a huge success. However, in the comics, she is murdered during a confrontation between Spider-Man and the Green Goblin, which breaks Peter’s heart. Introducing a Ghost-Spider reality with a roughly identical point of origin to the Amazing Spider-Man universe would allow Emma Stone to return, playing a version of her character who is just as sad over the death of her universe’s Peter. This Ghost-Spider and Andrew Garfield’s Peter Parker may easily bond during their team-up with Tom Holland’s Spider-Man, assisting each other in moving on from their tragic losses. 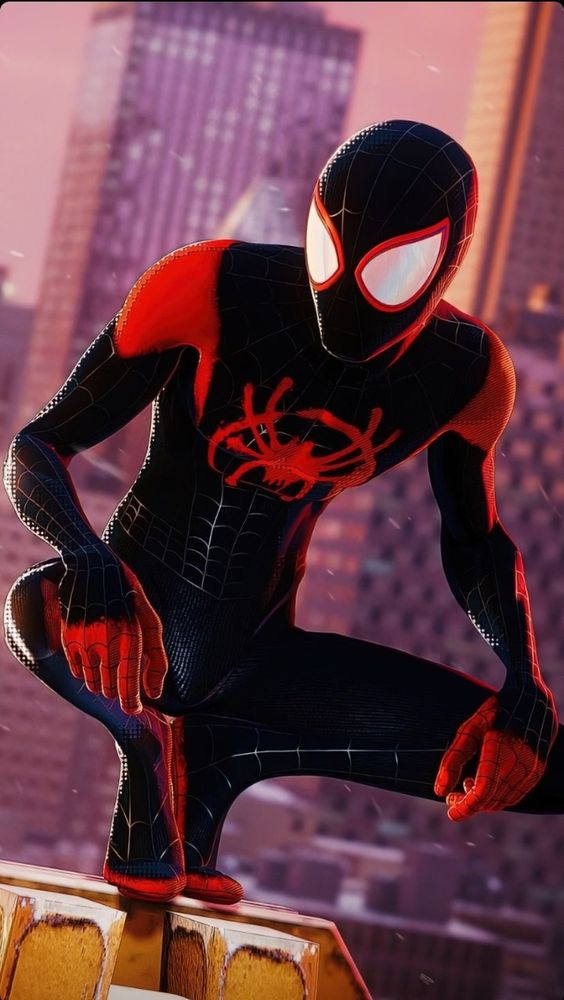 Miles Morales, the Ultimate Marvel timeline’s second Spider-Man, was likewise bitten by an Oscorp test spider. This spider originated from the same lab as the one that bit Peter from the Ultimate Universe. As a result, Miles obtained slightly different abilities than Peter, including the capacity to become invisible and hurl incapacitating bio-electricity blasts at close range. Miles took over as Spider-Man after Peter died in his universe. Miles Morales is deservedly one of the most popular alternative incarnations of Spider-Man in any media, with relatability and likability akin to Peter while retaining a distinct character. Miles would be a welcome addition to the MCU after serving as the protagonist and audience surrogate in 2018’s Into the Spider-Verse and as the player character in Marvel’s Spider-Man: Miles Morales. Miles was mentioned in Spider-Man: Homecoming, albeit just in passing. Aaron Davis, called The Prowler, appears in the film and mentions his nephew to Peter in a moment. Davis is Miles’ uncle in the comics, implying that he already exists in the MCU, but without powers. Whether the MCU’s Miles gains his powers during the film, or an alternate MCU Miles enters the mainstream timeline, the youthful hero would connect with Tom Holland’s Spider-Man, much as Mayday and Ghost-Spider would correspond with Peter’s prior two incarnations. 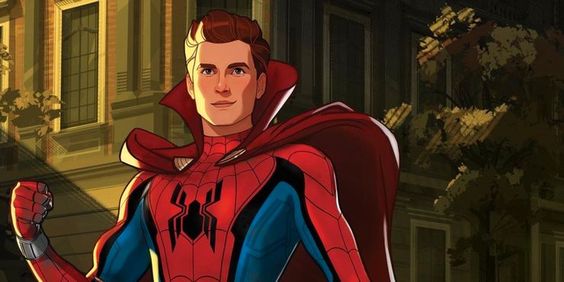 In addition to the three mainstream Peter Parkers, No Way Home might contain a second Tom Holland variant of Spider-Man, this time from the Marvel zombie timeline, first seen in Marvel’s What If…? Bringing in the anti-zombie Spider-Man would not only potentially save the life of this Spider-Man incarnation, but it would also throw an exciting curveball at viewers by adding two Tom Hollands in the same situation. With the hazy multiverse released in Spider-Man: No Way Home, the MCU may enhance the mythology of other realities while also creating an especially spectacular spectacle by featuring more Spider-Man incarnations than Tobey and Andrew.