Throughout his time seeking revenge, Frank has undergone some amazing situations. Since Marvel comics are not suspended in reality, his character has observed some incredible things. Ranging from body transformations to accomplishing unimaginable feasts, The Punisher has been through all. Therefore, there are very few Marvel characters with the same scope that The Punisher has.

But who is The Punisher? According to different people who have created films, he can literally be anything in the universe. In order to achieve his goals and fulfill his dark purpose, The Punisher has put his body through a lot in the course of time.

HE SOLD HIS SOUL TO BE A GHOST RIDER 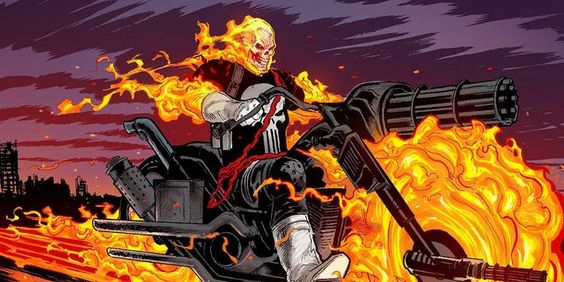 In the far away future, Frank Castle has to pay for all his sins in Hell but still manages to escape somehow. Instead of suffering greatly, he sells something precious for himself, his soul. He does this in order to become The Ghost Rider.

2. HE’S BEEN INFECTED WITH THE VENOM SYMBIOTE 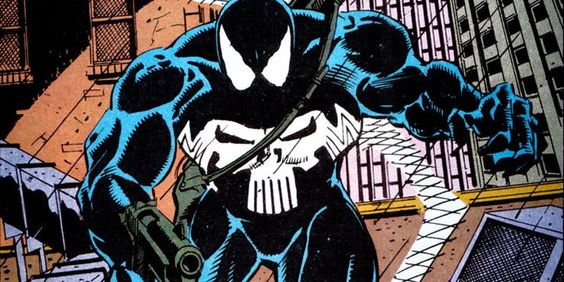 Does a partnership between Frank Castle and an alien symbiote come to mind?

Instead of the alien symbiote attaching itself to Eddie Brock, it finds Castle. While most “partners” with the symbiote see themselves being taken over by Venom completely, Castle was successful in resisting all his controls. In this case, Venom backed off a little allowing Castle to be in full control, as the aggression he gave way to with his powers was more than only satisfying.

When combined with Venom, Castle became more powerful and dangerous

3. HE BECAME AN ANGEL 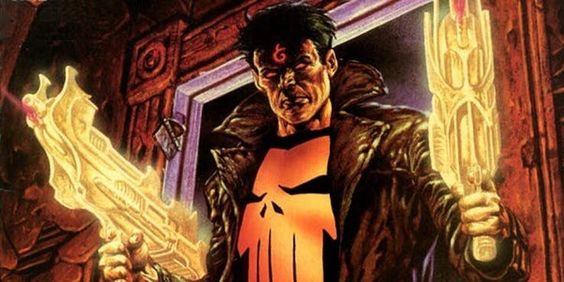 Despite unending love that The Punisher had for his family when he was given the opportunity to see them he chose to be an Angel of Mortality over it. Instead of following his own heart, Frank had to answer to a Guardian Angel, and become his own vigilante. In case, Frank follows the Guardian’s instructions, he was to be given a chance of going back to his family. If not so, then Frank had to go back to hell and pay for his sins, which was awful.

4 HE WAS TORN APART BY WOLVERINE’S SON 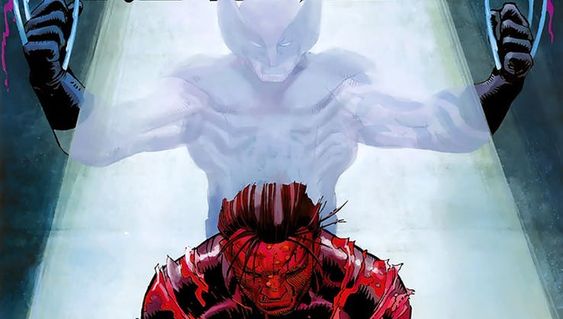 While feuding with Norman Osborn, Castle was attacked by his assassin, Daken. Daken is Wolverine’s son and shares his mutant strength and healing powers.

Unfortunately, for Frank Castle, he was not well prepared to be able to defeat Daken and ended up suffering awful results.  Daken did not just kill him but also pulled out Castle’s arms and head from their respective places in the body. Frank’s body parts were vacated behind in a sewer, leaving fans to wonder what happened to their anti-hero.

However, it was most fortunate of them to have been able to quickly witness what happened with Frank’s remains.