Interdimensional travel has been a buzzing topic among Marvel fans ever since the tease of its existence in “Spider-man – Far from Home.”Though all the stories by Mysterio that he was from another universe and his Earth-616 designation, familiar to comic fans, in the movie turned out to be fallacious, the thought of visiting newer dimensions was anchored to the fans. In fact, by Doctor Strange 2, MCU raised the curtains for the existence of the Multiverse. So as we are getting to unveil the “Multiverse of Madness,” let’s take a peek into some exciting universes in Marvel’s quiver.

We know Spider-man as an awesome, friendly guy from the neighborhood. But guess what. There exist alternate universes where our beloved spider-man isn’t who we knew him as all these years. The Edge of Spider-Verse comic series, published in November 2014, explored a few of these worlds. It showcased the dark reimagining of Spider-Man’s origins, sure to terrify movie fans. 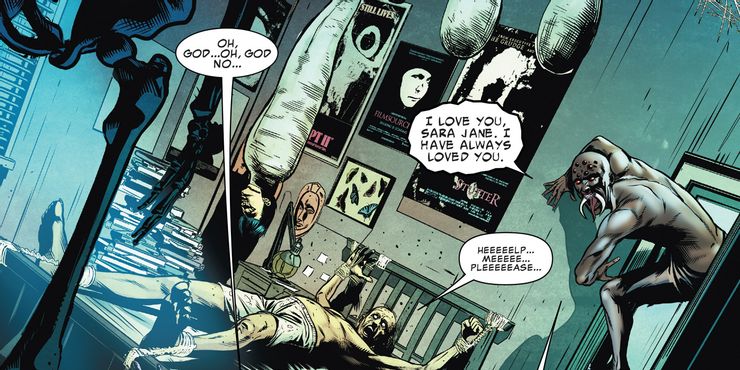 arker, begins to transform into a cannibalistic creature after he gets a bite from the radio-active spider. The re-imagination is so dark that this version of spidey devours his Uncle Ted and poisons his neighbor Sarah Jane. Later he finally gets killed by Morlun, a central foe of all the versions of Spider-Man and the Inheritors.

Earth-11080: Marvel Universe Vs. The Punisher

The Punisher is a well-known hero…anti-hero, and a badass. But his character was taken to another level by 2010’s Marvel Universe vs. The Punisher. The comic features a world overrun by a virus that improves cannibalistic qualities in the infected. Most powerful heroes and villains of the Marvel universe fall prey to the virus and go savage. However, Frank Castle develops immunity as he receives a super dose of the chemical that infected the world. The Punisher set about correcting his mistake as the infected super-humans devolved into predators craves up the post-Apocalyptic Earth into individual tribes.

The best thing about this comic is that we get to see our most loved superhero of the decade, thanks to Robert Downey Jr’s spectacular performance, as a Villain. In this dark reality, Iron Man manages to control the planet by manipulating the world into electing him as Emperor of the Planet for life. He’s so ruthless in this issue that he murders the superheroes who oppose him. 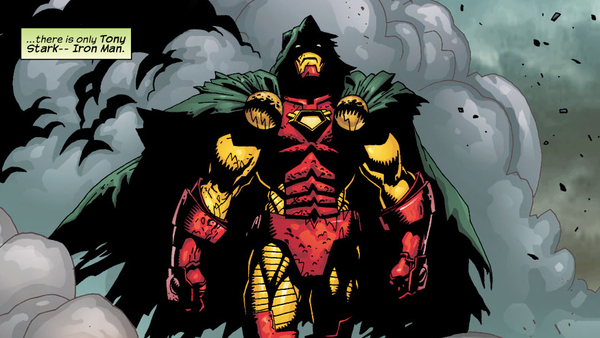 All that remained was a small group of rebel Inhumans led by Susan Storm and Black bolt. They, alongside “the Exiles,” oppose changing the balance of power in reality.

Well, Thanos did make the Avengers taste the defeat by erasing half of the universe in “Avengers – Infinity War.” Though the Earth’s mightiest heroes later managed to bring in the victory by the heroic sacrifices from Black Widow and Ironman, there exists a still darker universe where “Thanos Wins.”

As time went by, Earth’s heroes grew old and weak, but Thanos only grew stronger. On his eternal mission to finally impress Death, Thanos eradicates every living being on Earth, including the superheroes, and becomes the king of nothing.

If we have to choose the darkest of the darkest universes, we should definitely go for Earth-9591: Ruins.

Ruins explore a dark and twisted Marvel world where everything has gone wrong and did so in the worst possible way. To be precise, nothing goes right in this issue. Every event that created Marvel’s heroes goes turns out to be total disasters in the Ruins reality. 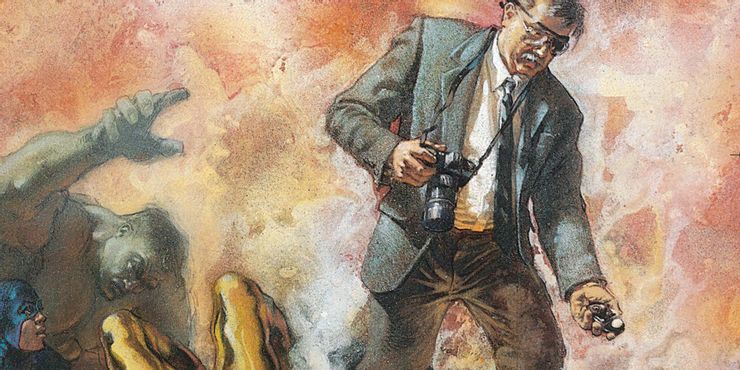 The Fantastic Four dies on their test run in space. Bruce Banner transforms into a living mass of tumors kept locked by the CIA instead of the Hulk. Peter Parker’s spider bite leaves him with a terrifyingly infectious disease, which eventually leads him to death. And Want not!!

It would be awesome if MCU can vist these dark universes. Do send in your comments if you agree with our list.