From the composed and cool Wu Zi Mu to the explosive Tommy Vercetti, Grand Theft Auto – The Trilogy (Definitive Edition) is full of some great characters from all the settings. With that being said, this game has received some negative reception due to its subpar graphics and overall quality. While Rockstar Games’ fans have always remained disappointed by its performance, each trilogy and its game setting brings quite some reasons to play them.

The return of Carl Johnson, Tommy Vercetti, and Claude Speed brings some intriguing angle to the game. Yet, there are some even better characters who catalysts the game’s worth –

While Ryder has mostly been silent, some of his parts have always been arrogant and brash as well. He could be as chill as a glacier but ruthless when someone calls for it. With that being said, gamers have seen Ryder betraying CJ in GTA: San Andreas and that is exactly what makes him stand as an intriguing character in the trilogy.

While the GTA trilogy has so many glitches around it, Wu Zi Mu shows up as a cool badass. He is also one of the very few characters who remained loyal to CJ while others betrayed him. Wu Zi Mu is undoubtedly a mysterious person but yet, he could shoot and drive better than most of the GTA characters. With that being said, his demeanor is within CJ’s sarcastic behavior that allows him to stand hilariously different than others.

Ken played a significant role in Grand Theft Auto: San Andreas and Grand Theft Auto: Vice City. He served to be a loyal friend to Tommy and his 80’s traits are exactly what helped in shaping his overall personality. These included everything from the way he dresses and the way he possesses his party mentality. With that being said, Ken’s bonding and chemistry with Tommy Vercetti also had a heartfelt moment because he was one of the very few characters who remained loyal to him.

Big Smoke is known for catalyzing some hilarious GTA memes of all time. While it includes dialogues from Grand Theft Auto: San Andreas, this character will be remembered for what he added to the franchise’s history. He was perhaps the secondary antagonist in Grand Theft Auto: San Andreas. While gamers viewed him as a source of comedy, the character later revealed itself as an adrenaline-pumping being.

Being quite violent and an explosive anti-hero, Tommy showed up as the new mob boss in the GTA Trilogy. Gamers have already come across his alpha-male mentality in Grand Theft Auto: Vice City when the character thrives towards survival. Tommy is also more expressive than most of the GTA characters and that is how he possesses a decent remastered model. This character offers a sense of controllability to the players, while both CJ and Claude were mostly reactionary. 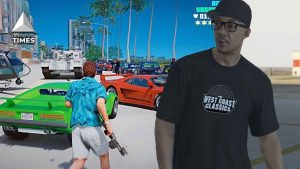 5 Things That Only True GTA Fans Know About The Game 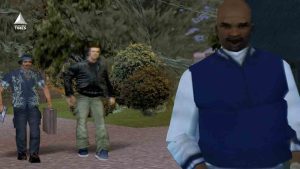 Grand Theft Auto III: Hardest Missions That We All Loved 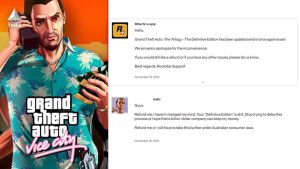 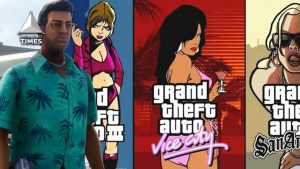 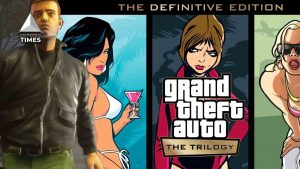