Stereotypical insight always mentions that a movie cannot be as great as the book. However, the assumption changed when a few earliest film adaptations got released on the big screen. But on the other hand, adaptation is something the film industry is still struggling with today.

There isn’t any hidden formula to make a literary adaption turn success. Even if the makers succeed, there is no guarantee that the author will approve. But ultimately, these 5 books managed to get themselves adapted to the big screen. At the same time, there exists a vibe that they could have got a better version to showcase on screen.

From Mortal Instruments to Cloud Atlas, these 5 books deserved a better movie adaptation – 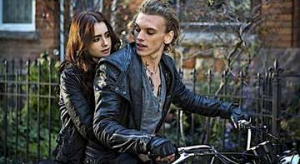 In Cassandra Clare’s fantasy series, The Mortal Instruments, Fray plays Shadowhunter, a teenage girl with angelic abilities. Being one of the most popular adult fantasy films, Mortal Instruments made its literary debut in 2007. The problems started showing up when Clare struggled to produce a female-led novel adaptation on screen. Soon The Mortal Instruments: City of Bones got its release. Still, the critics described the film as an “odd and busy slice of highly watchable garbage.” 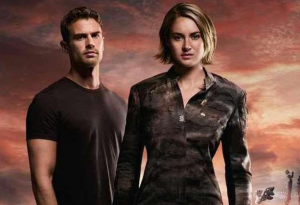 Divergent, Veronica Roth’s debut begins with a situation reflecting a post-apocalyptic scene in Chicago. Targeting the young audience of the society, the dystopian novel depicts the trend followed in The Maze Runner and The Hunger Games. Divergent’s earning unleashed its power as it topped USA Today’s best-selling lists in 2014. However, when the first adaptation got its release, it prominently made negative criticisms for everything from its execution to runtime. As a result, it managed to get a ranking of 42% by the Rotten Tomatoes. The other two installments were also not as great as the novel. They ended up getting a 28% and 11% rating by Rotten Tomatoes. 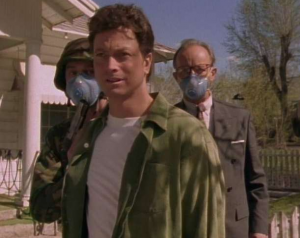 Adapting a sci-fi horror novel is not an easy job. The first draft of Stephen King’s longest novel withstands a claim of 99% plague. That’s the reason why the makers of The Stand failed to deliver a 400-page book in few minutes. After the release, it gathered a criticism that stated, “Too-familiar faces enact flabby, facile scenes that stand in for the novel’s sprawling web of events.” 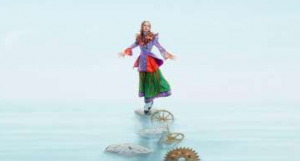 In Through The Looking-Glass, Alice finds herself in a bonkers fantasy. It was a world surrounded by a few known characters; March Hare and Mad Hatter. Despite having a veteran cast, the novel adaptation of Through The Looking-Glass failed to deliver the charm of its novel. Directed by James Bobin and led by Johnny Depp and Mia Wasikowska, the movie lost the production company by $70 million.

Written by David Mitchell, Cloud Atlas has six different narratives. It begins from the timeline of the mid-19th century and move towards the 1930s and then 1970s. Upon the first release in 2004, Cloud Atlas won the British Book Awards for a best literary fiction novel. However, the adaptation was directed by Tom Tykwer and Wachowski, who embraced the six original narratives into one single movie. Despite multiple heroic attempts, Hanks got many bad reviews that echoed, “It’s just insipid, TV-esque in its limited visual imagination, and dramatically incoherent.”