Morbius is the Living Vampire. Once a famous bio-chemist, Morbius experimented on his own body to cure him-self of a deadly blood condition. As a result, he was gifted and cursed with the abilities of a vampire. Let’s see how good he fares against the likes of some of the greatest DC Villains on this list. 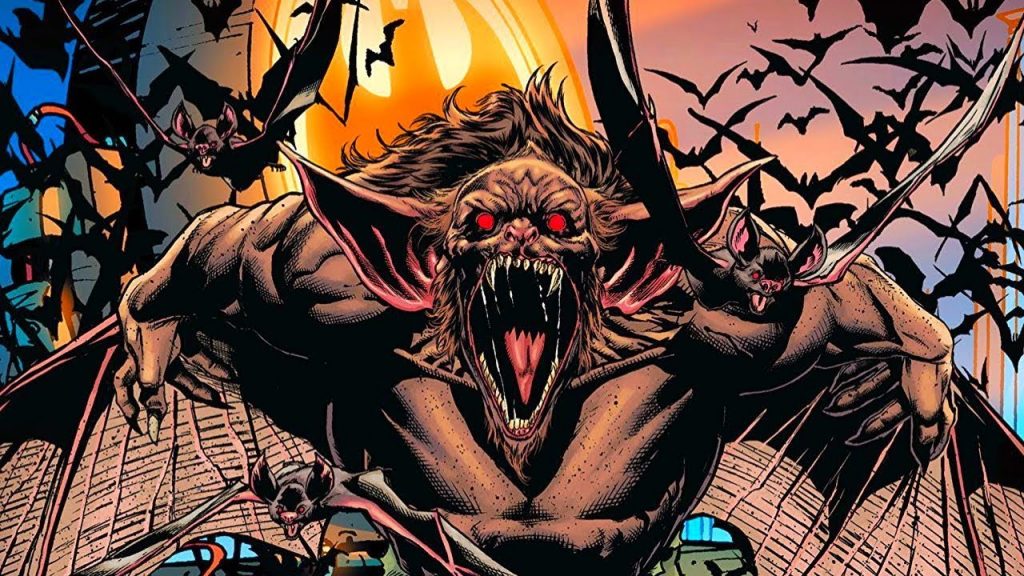 Doctor Langstrom has all the attribute of a Bat in a humanoid form. Like Morbius, he was created as an accident when an experiment went wrong. He has none of the attributes of a regular vampire while Morbius does possess them all. In a straight fight between DC’s Man-Bat and Marvel’s Morbius, the victor will always be the latter just because of one simple fact – Morbius outclasses Man-Bat by a huge margin.

Would Demolish Him: Morgaine Le Fay 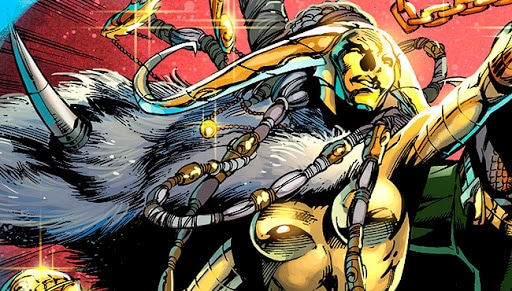 Morgaine Le Fay is a being as ancient as Camelot and King Arthur itself. Morgaine is the world’s greatest Black Magic practitioner. Even the likes of Felix Faust think twice before crossing paths with her. With tremendous amounts of magic at her disposal, it would not be wise for Morbius to even pick a fight with the woman who brought down the Arthurian Kingdom of Camelot by herself.

Would Defeat: The Joker 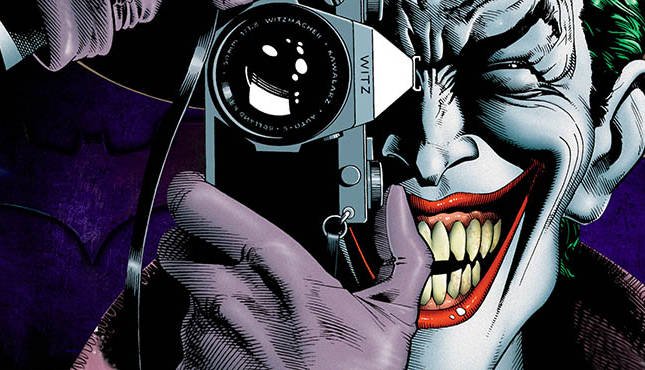 The Joker is the Clown Prince of Crime. The Insane Crime Lord gives the Batman the creeps. There are certainly some people here who might be thinking the Joker can take on Morbius on his own. But let’s be rational here folks. The Joker can use all kinds of weapons on Morbius. The Joker Venom, Acid Attacks, electric shocks, firearms – what good would they possibly do for him when he is fighting an immortal vampire with an infinite regenerative healing factor? The only way the Joker survives is if his best friend Batman intervenes and stops the fight.

Related: Every Reason Why The Batman Who Laughs is Scarier Than the Joker

Would Demolish Him: Solomon Grundy 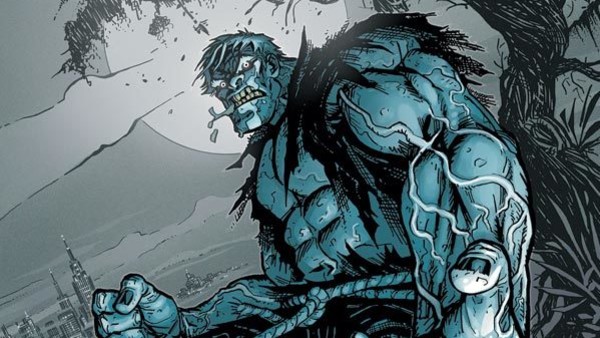 Like Morbius, Solomon Grundy is also a DC Villain connected with death and decay. In fact, he is known to be a powerful Avatar of The Grey – a mysterious force that represents rot and blather. A fight between Morbius and Solomon Grundy could go on for a long time. Grundy takes the cake here because he has practically limitless energy courtesy of the Grey. Grundy may be slow but he does not need to be fast. He just needs to wear Morbius down (which will take a long time) and wait for his opponent to make one wrong move for Grundy to snap his neck then and there. 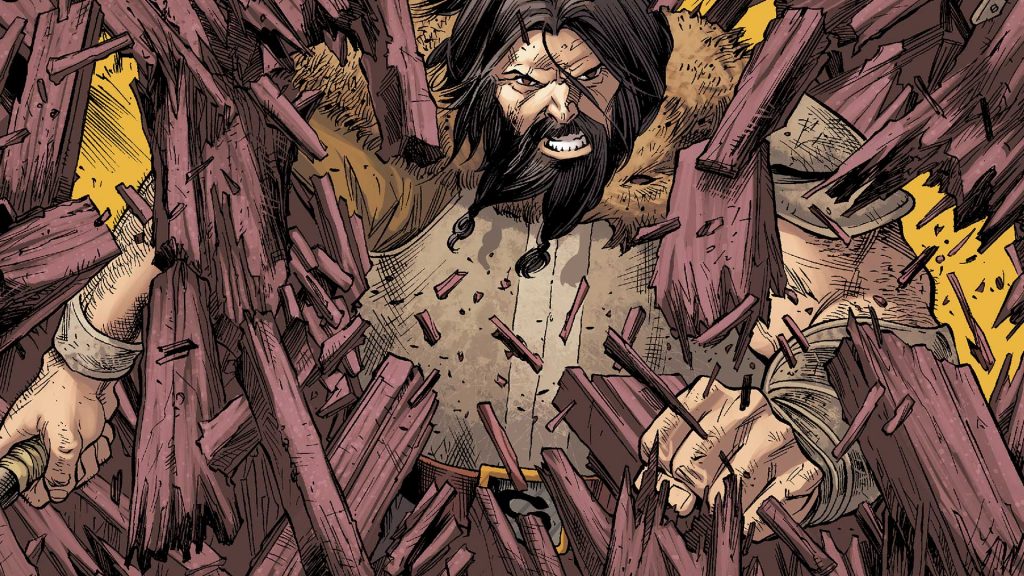 Vandal Savage was once a proto human species living in ancient Earth. After being exposed to a radioactive meteorite with mutagenic properties, Vandal Savage gained immortality and heightened physical and mental attributes. He has since wandered the Earth, using his immortality to garner a wealth of knowledge, resources, and abilities. Given the fact that he has had practically forever to prepare for his death, there is no data how his battle with Morbius will turn out. What we know is that he has super human physical attributes of strength, speed, and agility. Yet he regularly loses to the other DC Superheroes much less powerful than him. 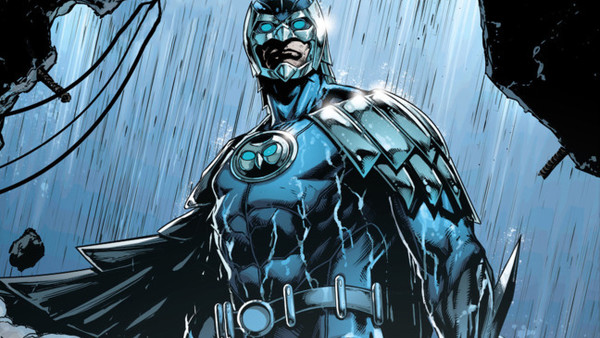 Owl-Man is the evil version of the legendary Batman. As a sinister Bruce Wayne, Owl-Man has the strategic acumen to deal Morbius a killing blow. Like Batman, Owl-Man too creates multiple contingencies for all sorts of threats that might obstruct hi. One of those contingencies has to be how to deal with vampire threats like Morbius. Given he is ready to be as shrewd and dishonorable as possible and do things even Batman would disapprove of, Morbius’ hopes of defeating Owl-Man are almost next to nothing.

You May Like: Dark Knight: Joker Was Ex-Military Intelligence Officer 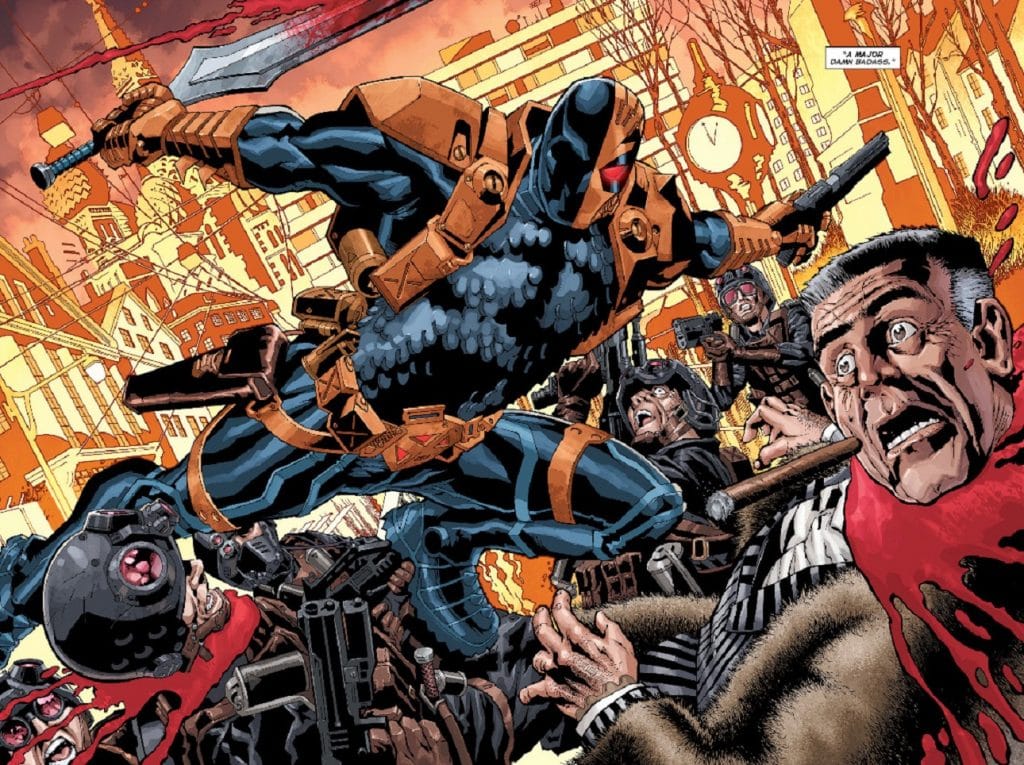 Deathstroke is DC’s most infamous mercenary and gun for hire. He has decades of combat experience and is known to even get his hands dirty to get the job done. The guy even has a healing factor that far surpasses that of regular human beings. Deathstroke’s suit has an internal mesh of impenetrable Nth Metal that would make it very hard for regular firearms and weapons to pierce through. But for all his skills and gadgets, Deathstroke is still weaker to Morbius’ abilities. Morbius can heal him-self from literally any injury while Slade’s Healing Factor is known to take a heavy toll on his body. The battle will be one of attrition and that is the kind of fight Morbius will never lose.

Would Demolish Him: Johnny Sorrow

Johnny Sorrow is a relatively new foe. He is granted amazing supernatural powers by the Lovecraftian entity known as the King of Tears. As a result of the gift, Johnny Sorrow is a force to be reckoned with. His face is almost always covered by a mask. If he shows his true face to anyone, the person either dies instantly or is driven mad. The king of Tears also gives Johnny Sorrow the power to manipulate various cosmic energies which could keep even beings like Wonder Woman at bay.  Morbius does not hold even a candle to Johnny Sorrow’s true potential. 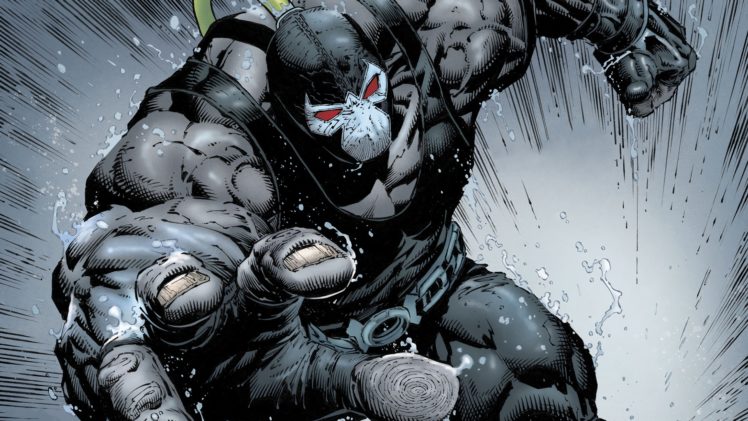 We are in no way saying that Bane is a weak super villain. Having trained all his life ever since he was a toddler in the art of combat, Bane is shrewd, tactical, and strategic as well as being a capable fighter. He has been known to take on super powered foes and defeat them on multiple occasions. Bane even has the Bane Venom running in his blood that gives him extreme physical attributes. Morbius would have lost of not for his superior physical abilities. Bane is but just a man. He is not necessarily super human. He is just an enhanced individual. The Man who Broke Batman has lost his charm since Batman: Knightfall. Maybe Bane could have a good head start during the beginning but he will lose as the fight would rage on.

Also Read: 5 Marvel Villains Venom Could Defeat (And 5 Who Would Annihilate Him)

Would Demolish Him: Doomsday 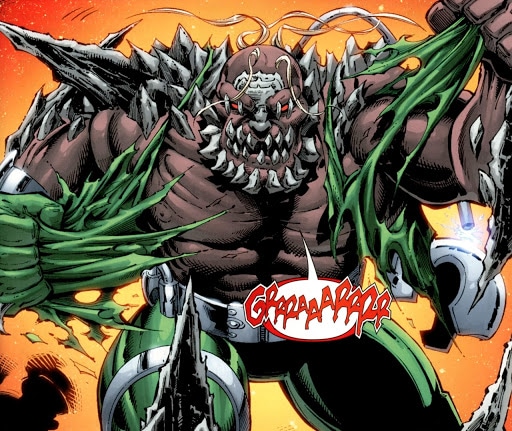 Doomsday is literally the result of an experiment by an evil scientist of alien origins at creating a being immune to death. Doomsday can never be killed. He will return back every time he is pushed to the afterlife and immune to the method that killed him the last time. The super strong entity has taken in beings like Superman,, responsible for killing the Man of Steel in the Death of Superman comic book arc. Morbius would in no way be able to tackle a giant like Doomsday who is not just strong but surprisingly quick and agile for a being of his size and weight. It will be over in two, maybe three quick strikes by Doomsday.