Thor, AKA God of Thunder, is perhaps a ladies’ man and the interesting part is he never even tries to hide it. It has happened many times that a woman in the Marvel universe cannot help but get attracted to the God of Thunder. 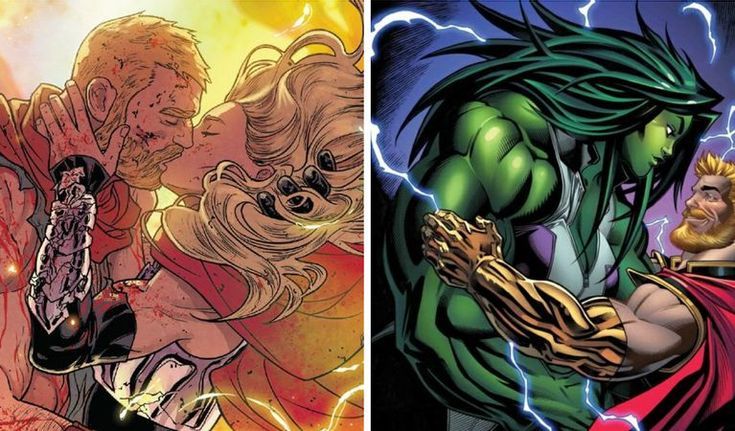 While being one of the most powerful heroes in the Marvel universe, Thor has also managed to get the title for being the most handsome man everyone would wish to come across. Besides the plus point that he is literally the Asgardian God of Thunder. It has happened many times that women cannot help but get attracted to him.

The literal Asgardian God of Thunder is perhaps a ladies’ man and he is proud to be the one. Thor is very frank with the women around him. He is so open with them that he begins to flirt without even confirming their relationship status. As a result, it will be no surprise if one comes to know that he had lots of relationships, some serious ones, some casual.

With that said, these are the 5 exclusive Marvel characters Thor maintained a relationship with –

In one amongst many stories, Valkyrie and Thor were different characters altogether. It was the Ring of the Nibelung, a famous opera series, where Valkyrie played Brunnhilde and Thor, Siegfried. The series was indeed captivating. Additionally, it was later revealed that it was Odin who brought both of them to Asgard and wiped their memories for a fresh start.

Loki’s trouble with his brother, Thor, has always been funny. But there was a time when things started to travel too far. Loki once cast a spell on the God of Thunder that pushed Thor closer to Lorelei. Amora’s sister, Lorelei agreed as she wanted to get rid of her sister. But apparently, the relationship never worked as Amora had a plan in her mind. In return, the Enchantress also cast a spell that pushed her sister closer to Loki and that is when Thor caught them up and broke the spell.

There was a time when Thor failed to lift the Mjolnir and it was Jane Foster who was given all the powers to be a God from Asgard and take Thor’s place. At that time, it was only Captain America who came to know about Thor’s new secret identity. But before they knew it, both started to date each other and ended up falling in love. While their relationship got multiple criticisms in the comic world, the love angle was indeed unique.

Hela once kidnapped Valkyrie that made Thor do anything to set her free. As a result, Thor became Hela’s prisoner and asked Hela to release Valkyrie. When Thor asked what Hela wants to set him free as well, she demanded a baby. It was not a proper relationship but both Hela and Thor got intimate for a short period.

Thor and Jane Foster dated on and off for a long time. But things didn’t go as expected and they separated. Over the period, this relationship has blown cold and hot. Apparently, Jane became Thor’s most recognizable flame, thanks to the Marvel Cinematic Universe.