Over the years, Doctor Who has been producing some of the classic monsters who are indeed terrifying. However, some of them have been forgotten by the viewers. Here are five of them who deserve a revival at least. 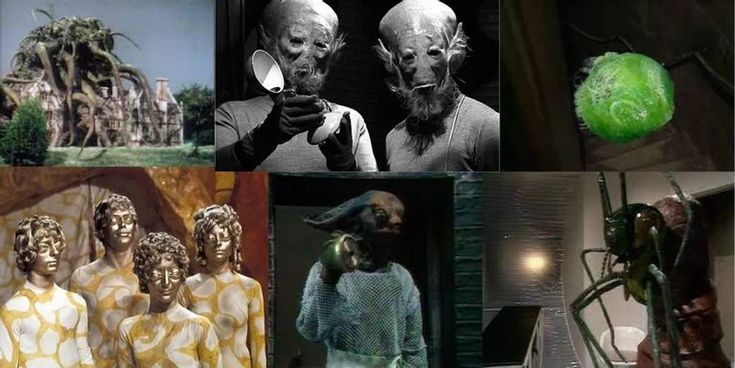 There were a lot of monsters who made their appearance in Doctor Who over the last two decades. This is because their race has been highlighted and explored in every single episode of this fictional franchise. In this regard, some of them even managed to make an appearance again and again over all these 26 years.

Yet many of the classic monsters got forgotten with time and now as the franchise is entering its 60th anniversary, it is the right time to visit the past and acknowledge some of those monsters who at least deserved a revival.

These monsters were manipulated by the Great Intelligence. However, after some encounters, the Yeti disappeared from the screen and reappeared during the Fifth Doctor serial. They tried to disguise with fur and show up as different variants. In fact, the Second Doctor has highlighted how Mark II and III looked like. But their version of the blood-curdling roar was the most monstrous out of all.

They were one of the monstrous carnivorous plants who appeared in season 13 to face off against Sarah Jane Smith and the Fourth Doctor. The problem began when a plant tried to produce an extraterrestrial seed pod. But apparently, in the process, it gave birth to the Krynoids.

This alien race appeared in season 1 and The Doctor identified them as the ones who took refuge in the human corpse that apparently allowed them to survive in any hostile condition. While the Gelth were quite a manipulative and malevolent species, they got banished into the void by the psychic powers of Gwyneth.

The Daleks have very few credible threats. In this regard, the Mechonoids were one of them who stood shoulder to shoulder against the Daleks. However, they failed to last longer after making their debut in “The Chase” episode. While they were primarily a group of robots meant to serve the humans, they grew up building an empire of their own that increased both their size and scope.

The appearance of this particular alien race took place in the Sixth Doctor’s run. While their journey could have been used to support Doctor’s defense, it ended after turning into a genocide argument. At last, the Doctor destroyed these plant-type creatures because their intention was to annihilate the human race. This is what forced the Doctor to begin the process to diminish them. As a result, they remained buried under the timeline for the entire trial period and failed to make a reappearance.