Multiple mediums have made it clear that Thanos is indeed defeat-able. But with that said, there is a slight difference between knowing that something is possible and something is easy. The list of Marvel characters who managed to kill Thanos is small but exclusive with some names that could really surprise the fans.

Whether it is about the Mad Titan thriving to defeat the Infinity Gauntlet and ending up wiping half of life in the universe, or some bigger combination of the same, there have always been characters willing to defeat him. Willing or able, that’s a bit harder to claim.

With that said, here is a list of 5 Marvel Universe characters who managed to defeat Thanos – 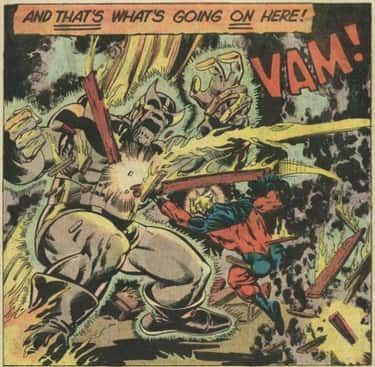 In Captain Marvel (1974), Thanos drained the majority of his power with the Cosmic Cube in hand and then took down the Avengers. When all Mightiest Heroes failed to do anything, it was Mar-Vell who empowered the Mad Titan and defeated Thanos on his own merit. Later, Mar-Vell realized that Thanos had discarded the Cosmic Cube and decided to depower Thanos and erase all the changes he made to the Marvel Universe. 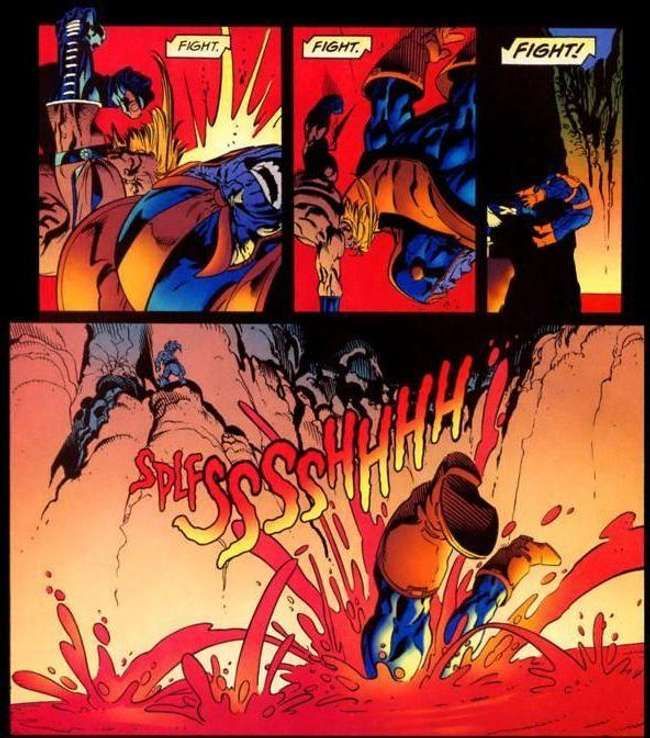 In Ka-Zar Vol 3 (1998), Ka-Zar got an opportunity for a lifetime when Thanos showed up around the Savage Land. Thanos had a plan to terraforming the place for his own purposes. This apparently led to a warm show between the two during which Ka-Zar managed to overpower the Mad Titan and kicked him into the edge of a volcano. Apparently, the lava was not enough to stop Thanos but somehow S.H.I.E.L.D.’s trick worked and it bowled up the villain. 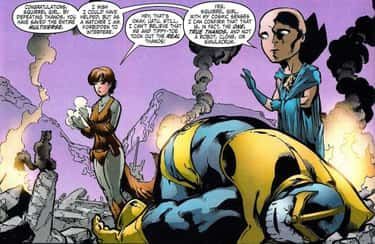 In GLX-Mas Special (2006), Thanos came to Earth to look out for some trouble during a holiday season. But what exactly happened and how Squirrel Girl managed to defeat Thanos is still unknown. Possibly because the writer kept it all intentionally off from the record. But keeping her origins and time that she spent with the Great Lakes Avengers, Squirrel Girl had some inexplicable victories over opponents like Galactus, Doctor Doom, and even Thanos himself. 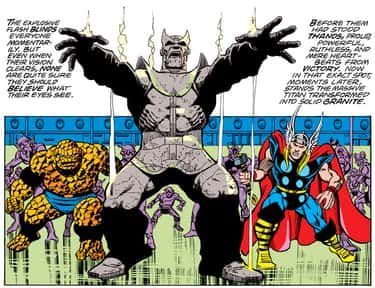 In Marvel Two-In-One Annual (1977), Warlock, along with Pip the Troll and Gamora, confronted Thanos but failed miserably. Each of them had their souls trapped inside the Soul Gem and with that in hand, Thanos headed towards Earth. There, he planned to snuff out the Sun but ended up activating the Stone in a way that it resurrected Adam Warlock as pure cosmic energy. As a result, this new transformed Warlock converted Thanos into a stone. 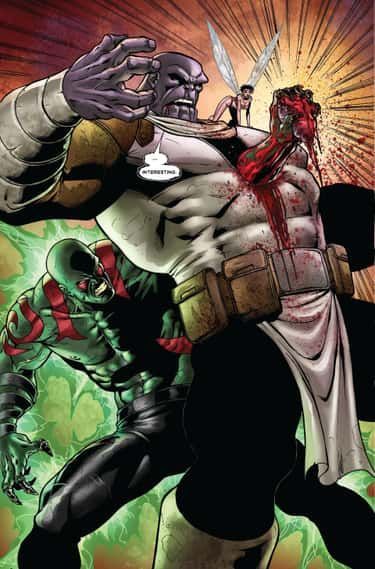 In Annihilation (2007), Drax moved on to various endeavors that eventually made him palling around with the Guardians of the Galaxy. Apparently, he never lost the vision of his true imperative, even when he found himself and Thanos being on the same side of an edge. With the help of A’Lar’s complex combination of mysticism and tech, Drax the Destroyer managed to destroy Thanos. He tore out Thanos’ heat and that is how Drax fulfilled his cosmic purpose.