The Infinity Stones are truly the most awesome sources of power in the Marvel Universe. While they enter the Marvel Cinematic Universe in the Guardians of the Galaxy and came into focus most famously in the latest Avengers movie Infinity Wars. The Infinity Gauntlet is a device that can hold all the six Infinity stones that were spread across the universe and can channel to devastating effect. Fans got to see a glimpse of the great power of the Infinity stones when Thanos the Mad Titan his hands on them. With a snap of his fingers, he is able to destroy half the universe. The powers of the Infinity Gauntlet are expectedly greater in the comic book universe, where a number of characters have gotten to wield it to great effect: 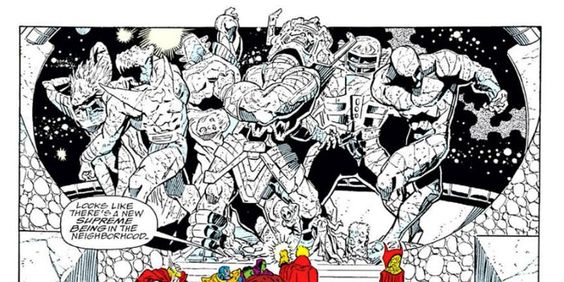 In the Infinity Gauntlet book, Thanos hunts for the Infinity stones. Anticipating the Mad Titan’s incredible power if he gets them all, the Celestials step in to try and stop him. Needless to say, they fail and Thanos has the completed Infinity Gauntlet. To fight off the Celestials, Thanos creates a prison of cosmic nature for them where they are trapped until he can release them. To see a living mortal character dominate the Gods this way is truly awe inspiring. What is more, Thanos makes it so that if a Celestial even tries to fight him head on, they are turned to stone. It therefore falls to the superheroes on Earth to wrest the stones from Thanos and save everyone.

2. The power to create life: 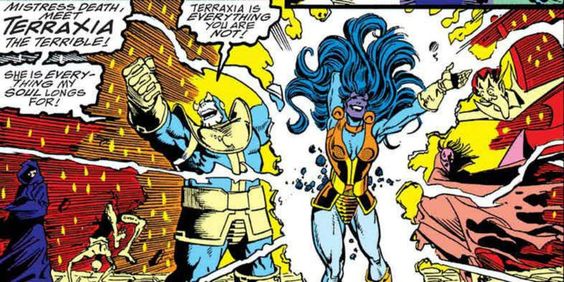 The MCU shows that Thanos used the Gauntlet to bring balance to the universe. The comics expand on this idea and show that he destroys half the universe to please the Lady Death who he had worshipped all his life. However, despite the impressive feat, the Lady of Death turns him away and this rejects his invitation to rule the world by his side. Spurned, the Mad Titan decides to create his own woman – Terraxia – a splitting image of Thanos himself. When the Avengers came for the Infinity stones, Terraxia caused a lot of hurt for Team Thanos. In the end, however, his adopted daughter Nebula uses the Infinity Gauntlet to cast the Mad Titan and his woman to a far corner of the universe. Terraxia suffocated to death, apparently because the Mad Titan gave her a nose. 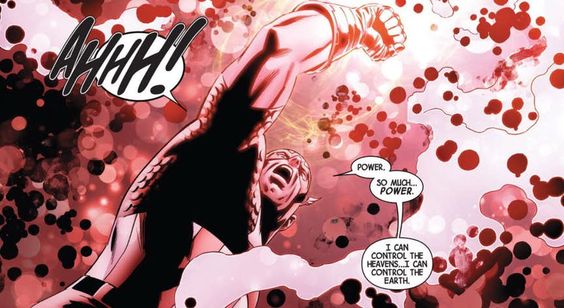 There is a certain concept in the Marvel multiverse called the Universal Incursion. It is when two realities end up on the same plane and headed for a collision as a result of which both the worlds are annihilated. This is usually caused when a universe is suddenly destroyed. This happened because Doctor Doom tried to prevent the Beyonders plan of using the Molecule Man to destroy everything in all universes. Doom didn’t succeed and one of the Molecule Mans exploded and destroyed the universe. This put Earth 616 in peril. In the end, it was Captain America of the Avengers who saved the day by raising the Infinity Gauntlet to the skies and with all the stones in it and pushed the other universe. It was an awesome display of power and will stick with fans of Avengers as one of those times Captain America wielded the Stones. The use was so intense in the saving of Earth 616 that the Infinity stones were destroyed.

4. Can never be destroyed: 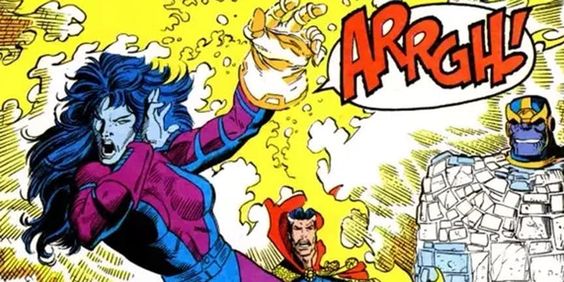 The Infinity stones are one of the most powerful things in the universe and as partially living objects, they cannot be destroyed using force from the outside. While they have been destroyed in some multiverses by excessive use, the only way the heroes of the universe have found to neutralise the incredible and existential threat the stones pose is by separating them. There was a time that Reed
Richards tried to use the Infinity Gauntlet to make the stones disappear using their own power. However, this clever plan did not work and the Avengers had to make sure that the stones were spread as far apart as possible so their combined strength could not be brought together.

The Infinity Gauntlet is undoubtedly one of the most powerful objects in the universe and the man who possesses the Gauntlet can easily make himself the master of the universe. However, as it turns out, even if you have one of the six stones, you can cause a lot of damage. Red Skull in the series Captain America: The First Avenger, Malekith in Thor: The Dark World as well as the Kree captain Ronan The Accuser in Guardians of the Galaxy end up destroying worlds using the stone that they had. The most important stone probably is the Time Stone that can be used to master time by the bearer. Thanos uses it to bring back Vision and take the mind stone from the android in Infinity Wars. In the comics, he actually uses it to freeze time so nobody could move, so one can understand who crucial the Time Stone really is.