It’s strange how sitcoms that are supposed to make us laugh wind up making us cry like babies when they end. Is it possible to blame us? Some of these comedies have run for more than a decade, which is a long time to get to know someone, even if they are a fictional character in a TV comedy. If a sitcom or funny movie’s last sequence makes you cry, it implies the authors accomplished something well. We are so attached to these characters that we experience sadness when they are abruptly removed from our lives, almost as if we were losing a genuine friend. Fortunately for us, we can retain these characters in our lives eternally thanks to physical media and streaming services, but that doesn’t mean we didn’t cry our eyes out as the final scene aired. 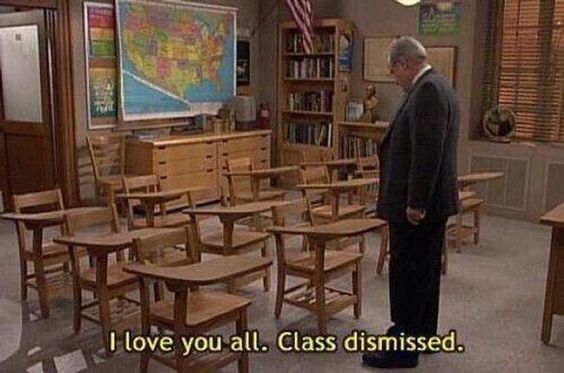 In the last scene of Boy Meets World, when the group bids their goodbyes to Mr. Feeny, we are reminded of the enormous influence that a passionate and loving teacher can have on a student’s life. Eric Matthews (Will Friedle) asks Mr. Feeny (William Daniels) to acknowledge that he loves them as they prepare to leave the classroom for the last time, but he doesn’t have to. All he’s done for them throughout the series is proof that individuals may improve each other’s lives without even realising it. Mr. Feeny remains in the classroom for a time after they depart, confessing to himself that he loves them, before tearfully saying, “Class dismissed,” and exiting. Even now, you’ll be moved to tears by this scene.

4. In ‘Fresh Prince,’ Will Looks Over The Empty House And Turns Off The Light (On Carlton): 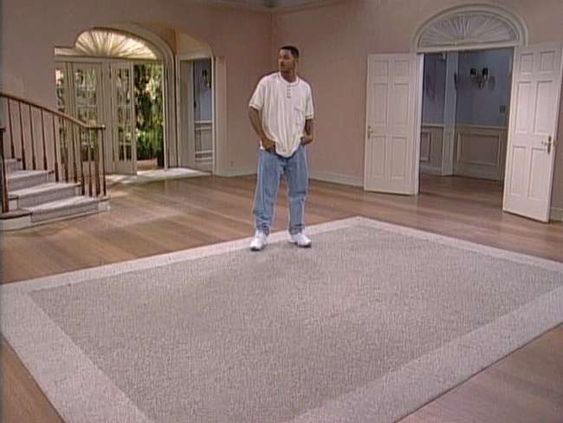 The closing scene of The Fresh Prince of Bel-Air is a heartfelt moment because it was not intended to be the series conclusion. Will Smith intended to move on after Season 6, and there were discussions about moving networks. NBC decided not to renew the series, making this episode the official series finale. We’ll never know what might have happened if there had been a seventh season. But we do know that the Fresh Prince left on a high note. Watching Will stroll around the empty house for the final time felt like an appropriate way to say goodbye, almost as if we were leaving with him. Will then bids farewell to everyone and emotionally switches out the lights, causing Carlton to panic and run down the stairs with his trousers unbuckled, saying, “WHO WAS IT WHO TURNED OFF THE LIGHTS? WHERE HAS EVERYONE GONE? ” It’s a suitable series ending as well as a spoof of emotional series finales. 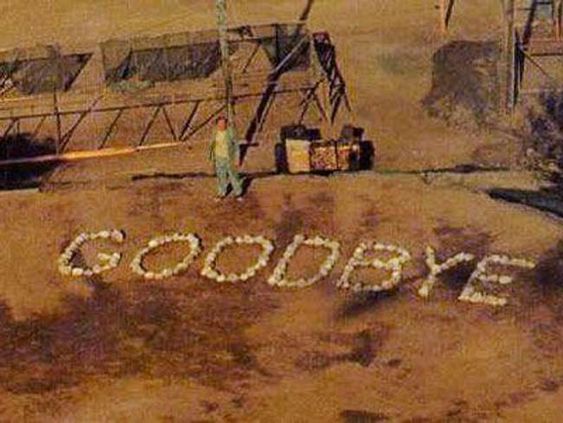 You’d think that a program about an army hospital set during the Korean War shouldn’t be as hilarious or touching as it was, but M*A*S*H was. After 11 seasons, the show concluded with a two-and-a-half hour finale that was shown on more TV screens throughout the country than any other television episode to date. In conclusion, the battle is finally over, and Hawkeye (Alan Alda), despite being one of the last individuals to leave the base, can’t wait to get home. On his way out, he is given a poignant, sincere goodbye letter fashioned from pebbles by his buddy and ally B.J. (Mike Ferrell) in the series’ emotional finale. Alan Alda, the series’ star, brilliantly directed and co-wrote the conclusion, which is still recognised as one of the finest series finales to date.

2. In ‘Cheers,’ Sam Tells A Customer ‘We’re Closed’ And Shuts Off The Lights: 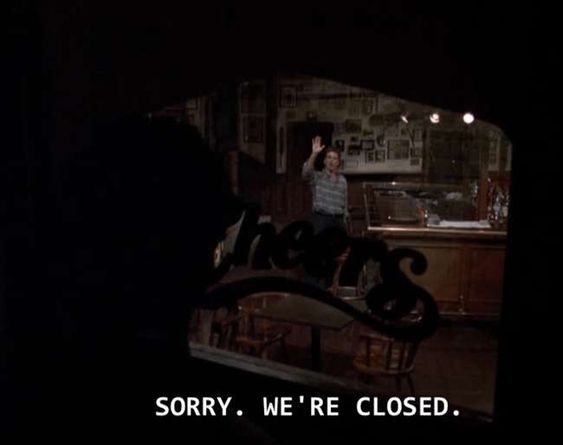 Cheers laid the groundwork for all of the comedy we know and love today. Cheers bid goodbye after 11 seasons on the air in the second most-watched TV finale of all time (second only to M*A*S*H). In conclusion, Sam (Ted Dansen) nearly abandons the bar to be with Diane (Shelley Long) in Los Angeles, but eventually returns to Boston. As Norm (George Wendt) drinks his last drink, he says he knew Sam would return to his “one true love.” Sam requests clarification from Norm, but he is not required to do so. As Norm walks out, another client attempts to enter, but Sam informs him that Cheers is closed, and we fade out as Sam walks to the back room. Although the finale of Cheers appears to be “happy,” the moment is bittersweet as we realize we’ve seen the bar for the last time.

1. In ‘Friends,’ The Group Tearfully Says Goodbye To The Apartment: 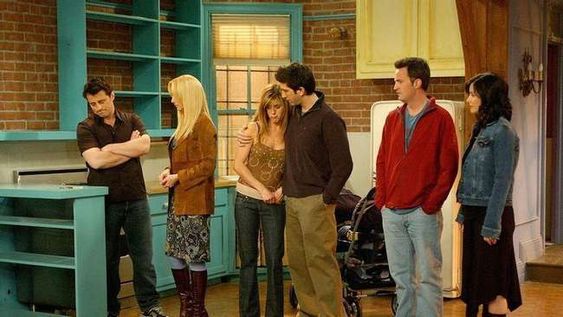 Friends’ last episode is a tearjerker because it reminds us that all wonderful things must come to an end. For years, the gang has spent virtually every second of their lives together, but it’s time to move on and “return the keys” to the old flat. As each character gently places their spare key on the kitchen counter, we are reminded that, despite all of their happy moments, it is time for everyone to go on with their lives. As the action comes to a conclusion, Rachel (Jennifer Aniston) begs the gang for one more cup of coffee. She knows they’ll all see each other again, but it’ll be increasingly difficult when everyone starts their own families. They agreed to leave the flat after grabbing a cup of coffee. The series concludes with a view of the six keys that were left behind.

In ‘The Big Bang Theory,’ The Gang Hangs Out And Eats Chinese Food Like Old Times: 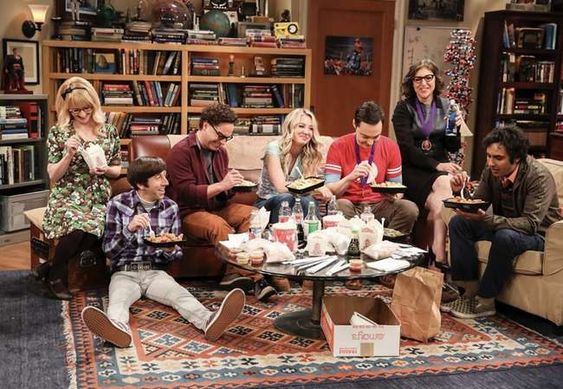 The Big Bang Theory managed to be both the longest-running and most derided multicam comedy of all time, but after 12 seasons, it was finally time to say goodbye, and they did it with a bang. Sheldon achieves a moment of maturity when he dedicates his Nobel Prize speech to his best friends, who have supported him through thick and thin for the previous 12 years. It’s a lovely moment, complemented by an epilogue in which the gang eats Chinese cuisine and hangs out in the old flat like old friends, reminding us of how far they’ve gone from the first scene to the final. Saying farewell after 12 years was a huge issue for a show that rarely sought to become *too* serious, and The Big Bang Theory appeared to get it just right.

In ‘The Office,’ Everybody Visits Dunder Mifflin One Last Time: 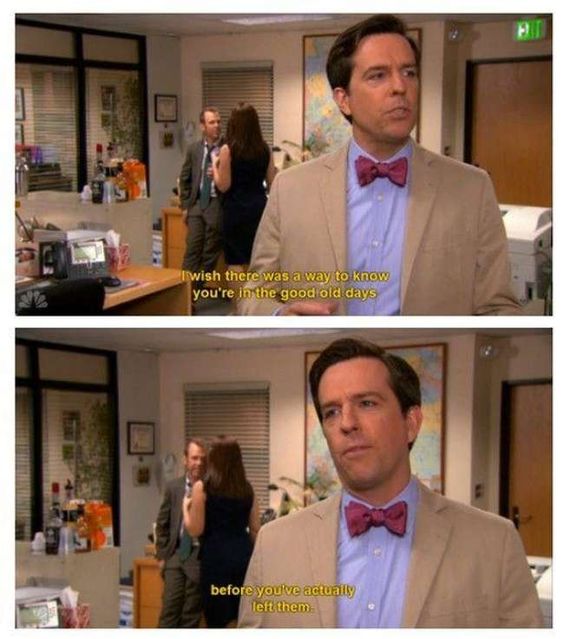 Andy Bernard (Ed Helms) brilliantly summarizes the essence of The Office in his final (but incredibly sad) statement of the series. When former and current Dunder Mifflin employees return to their old workplace, they are overcome with sentiments of excitement and appreciation. They discovered that a spot they had thought was incredibly uninteresting and commonplace was actually the site where they would build their best memories. Michael Scott was completely correct the entire time: Dunder Mifflin was a really special place because of the people who worked there. The series concludes with our favorite characters catching up and reflecting before leaving the office for the last time.

So yes, the 7 Most Emotional Final Scenes in Sitcoms. Well, Omg, literally these last scenes made me cry. They were very heart-whelming and full of pain. What about you people? Do these final scenes in sitcoms make you cry? Let us know your valuable thoughts in the comments section below. Till then, keep reading Animated Times, the perfect place to get a closer look at the entertainment industry, upcoming movies, TV series, celebrity gossip, and much more. We’ll have you covered. Keep reading animated times, guys, for more.