Whether you love to detest them or just despise them, movie villains must be destroyed in order for a film to have a satisfactory ending. While some wicked men are simply thrown off a building or melted by the Ark of the Covenant, others must face a fate worse than the agonizing pleasure of nonexistence. In some situations, the villains disappear into the void of the cosmos, not dead but not living, while in others, the knowledge that they’ve been genuinely and completely defeated by their adversary drives them mad. And other bad folks are just transformed into mutant dogs, which is a pretty dreadful destiny no matter how you look at it. Which villains suffer the worst fate is a matter of opinion, which is why we need your help deciding which of these wicked scumbags received a worse death than they deserved.

5. Carmine Falcone Is Trapped In Perpetual Terror In ‘Batman Begins’:

Carmine Falcone is living big as a member of Gotham City’s underworld at the start of Batman Begins, but like many villains of his magnitude, he craves greater control. He assists Jonathan Crane and Ra’s al Ghul in bringing fear and poison into Gotham for Ghul’s plan to destroy the city. After Falcone is imprisoned after a fight with the Bat, he attempts to blackmail Crane and ends up being dosed with an excessive amount of fear toxin. He’s been imprisoned at Arkham Asylum, mumbling “Scarecrow” over and over. There’s no way of knowing if the poison will ever wear off, which means Falcone will be terrified for the foreseeable future. 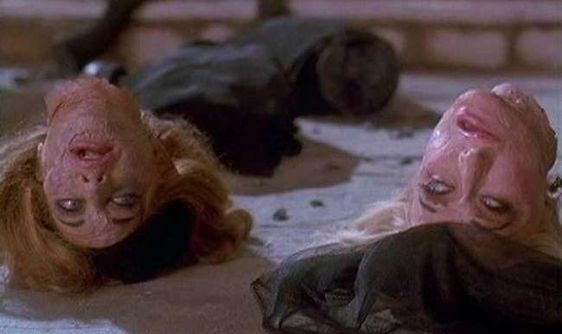 In Death Becomes Her, there is a magical elixir that can keep its owner youthful forever. The potion transforms individuals into their most attractive selves, but it also produces monsters who may fall apart and die repeatedly without ever truly dying. It effectively transforms its users into living, breathing undead. In this dark comedy, Helen Sharp alternates between heroine and antagonist, but once she and her best friend Madeline get hooked on the elixir, they’ll go to any length to stay beautiful forever, even using spray paint and epoxy to patch themselves up whenever they fall apart. As the film concludes, both ladies attend the burial of an ex-lover who led a good life, and after leaving the church, they trip down the church’s steps and fall apart. As their disembodied heads roll over the pavement, the ladies argue about where they parked their car.

3. Red Skull Gets Trapped On A Planet Alone Indefinitely In ‘Avengers: Infinity War’: 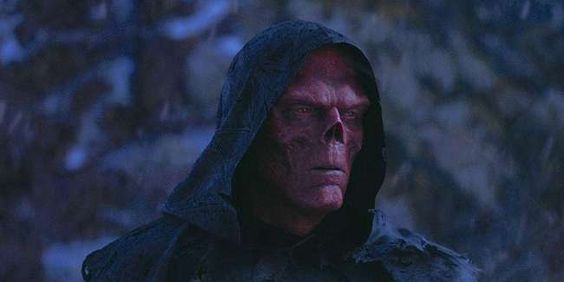 The Red Skull is thought to be dead after being sucked into a wormhole after spending much of his professional career yearning for the Space Stone, but his fate was far worse. Rather than die in space, the Red Skull is taken to Vormir and assigned the task of protecting the Soul Stone. Skull has lived on Vormir for 70 years when the viewer meets him in Avengers: Infinity War, and he is plagued with the knowledge that he will never obtain the Soul Stone since he can’t love anybody other than himself. He does not age or die; he just exists in the world alone. The Red Skull is finally free of his curse after Thanos sacrifices Gamora to obtain the stone. Once Tony Stark sacrifices himself to undo Thanos’ snap, it’s unclear if he evaporates into the cosmos or is returned to his guardianship of the stone.

2. The Riddler Is Stuck In Arkham Asylum, Believing He’s Batman In ‘Batman Forever’: 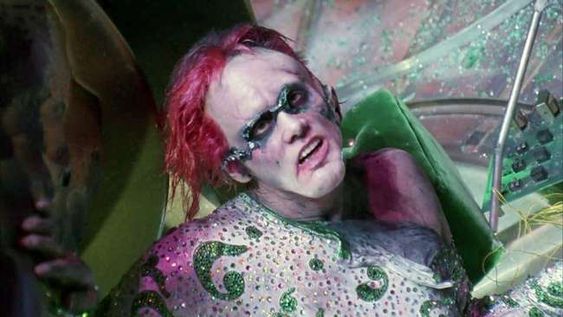 Batman has never been known to be very nice to his rogues’ gallery, but in Batman Forever, he metes out his most heinous punishment on none other than the Riddler. The Riddler goes out of his way throughout the film to wreck the Dark Knight’s life, because that’s what Gotham’s villains do (that and wear thematic outfits). Two-Face is arrested by the authorities after a struggle with Riddler and Two-Face on Claw Island, but Riddler is connected up to a massive brainwave receiver that shoves all of Gotham City’s information into his frontal cortex. As is his way, Batman smashes the brainwave machine, but the faulty device zaps the Riddler and transforms his thoughts into mush. Following his defeat on Claw Island, the Riddler is sentenced to spend the rest of his life in Arkham Asylum, fantasizing about being Batman. The staff at Arkham will keep the Riddler alive for as long as he can continue to act as Batman, embarking on adventures from the seclusion of his padded cell.

1. Jafar Ends Up Trapped In Magical Servitude In ‘Aladdin’: 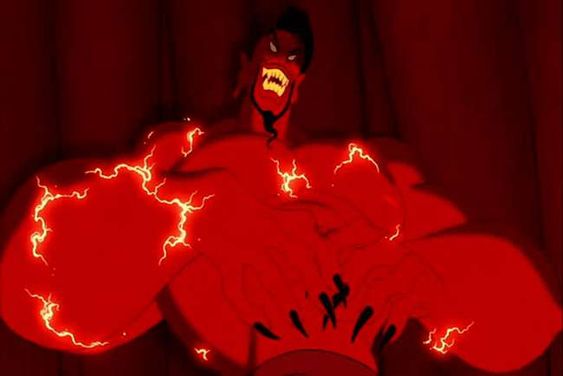 Jafar’s desire for power almost gets him what he wants, as he seizes possession of Aladdin’s lamp. He grants his first two wishes, becoming sultan and the most powerful sorcerer on the planet. Those aren’t horrible desires in the eyes of power-hungry evil men, but it’s his third request that condemns him to a fate worse than death. He is granted all the powers of the universe after desiring to become a genie, but he is also cursed with one downside to his great power-he must spend eternally within a lamp and grant three wishes to anybody who rubs it.

So yeah, these are the 5 Movie Villains Who Accept Their Destiny Worse Than Death. Well, what can I say man? These villains really had it. I mean, when death is the ultimate thing and you live beyond that, your fate becomes worse than death, then there isn’t anything to say. What do you guys have to say about these villains? Did you like these villains and their acting skills? How did they get worse than death? Which among them is your favorite? Please share Do let us know your thoughts in the comments area below. Till then, keep reading Animated Times, the ideal site to learn about the entertainment business, new movies, TV shows, celebrity gossip, and much more. We’ll keep you updated, and you can find us on Instagram and Facebook.