Tobey Maguire’s Spider-Man is iconic and probably the best spider-man (according to many fans) and is unique thanks to Raimi’s direction. There are many scenes in these movies which have become iconic, however, some of them are so good that they become better with time. Check them about:

1. The Iconic Scene “With Great Power…” in Spider-Man 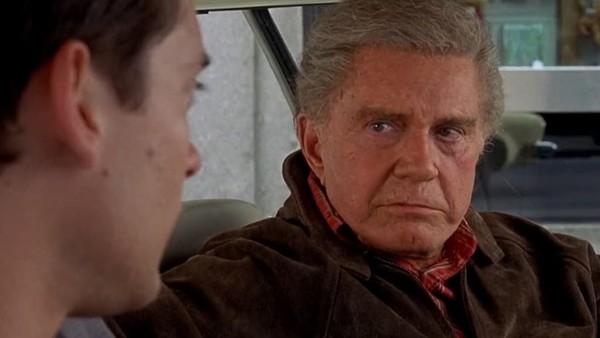 Sam Raimi’s movies have plenty of amazing quotes. But nothing can top Uncle Ben’s line “With great power comes great responsibility.” Cliff Robertson starred as Uncle Ben and the line represents Spider-Man entirely. The scene also has a touch of tragedy since that was the last time Peter was with Uncle Ben.

It also represents their relationship and Spider-Man’s identity as a hero. Uncle Ben was a normal man who taught a valuable lesson to Peter. He died without knowing Peter had powers but always understood the importance of compassion. Spider-Man might have all kinds of superpowers and abilities, but at the end of the day, he is just a kid. And what’s more important is that Uncle Ben’s advice is applicable to everyone in the world.

This train sequence scene can definitely top as the most iconic scene in Sam Raimi’s Spider-Man trilogy. The scene started with an amazing fight between Spider-Man and Doctor Ock before the time started running out and Spidey had to save a train full of screaming and scared passengers.

Of course, things end up well and the neighborhood-friendly Spider-Man saves the day, but he ends up losing his mask. Now, this was crucial for his secret identity, and seeing him exposed in front of a huge crowd is worrisome. But the reaction from people is unexpected as they agree to keep his identity a secret. This was a classic and optimistic approach by Sam Raimi to the superhero genre.

3. Getting Rid Of The Venom Symbiote in Spider-Man 3

The original Spider-Man is much loved but sadly the third installment of the series wasn’t loved as much as the other two films. The third film of the trilogy was a massive letdown compared to the previous two films which were almost perfect. But it still has its own set of amazing scenes, one of them being Peter’s mental fight the Venom symbiote at the top of a church belltower.

When Peter realizes that the Venom symbiote is powerful as well as dangerous, he decides to take action. He then uses Symbiote’s weakness to his favor and rings the bell which weakens it to free himself from it. It was an intense moment as it shows Tobey’s amazing performance which is spot on since it accurately portrays how powerful the Venom symbiote is!

We just can’t imagine anyone else playing Green Goblin than Willem Dafoe. He was perfect in every scene and made the iconic villain better by portraying him. Green Goblin is unforgettable and was the perfect first villain for the Spider-Man.

Their first encounter has become an iconic scene that took place at a party and the fight stayed true to the comic book aspects.

5. The Famous Upside-Down Kiss in Spider-Man

This scene doesn’t only rank highest in the Spider-Man franchise but also in film history. It had every element that can make the kiss memorable; there was action, rain and even the leads had intense chemistry.

Raimi didn’t do anything differently; it was almost the same old plot. Peter was rescuing MJ from the bad guys, but it still felt quite fresh while watching it. MCU comparatively does almost everything right and that too with perfection, however, they have not been quite successful in the romance area.