The movie showcases the holiday as having a connection with family and friendship. Even in the darkest times, there will always be joy in celebrating the holiday with family and loved ones. Christmas is just around the corner (and so is the Harry Potter reunion). Here are some Christmas moments to boost your holiday spirit

1. Hagrid Carrying Out His Christmas Duties! – Harry Potter and the Philosopher’s Stone

Hogwarts is absolutely gorgeous during Christmas covered in a white blanket of snow. Harry, Ron, and Hermione’s first Christmas at the school was probably the most cheerful one they had.

In one of the scenes, when we saw Hogwarts in snow for the first time, it was an unforgettable scene. We saw Hagrid drag a huge Christmas tree across the school grounds and it was all ready to decorate it in the Great Hall. And it made sense to show Hagrid doing that job since he’s the only one who seems big enough to drag such a huge tree in the school, but why couldn’t they use magic to do the same? However, it was a joyous scene.

2. Snow Fall In The Great Hall – Harry Potter And The Chamber Of Secrets 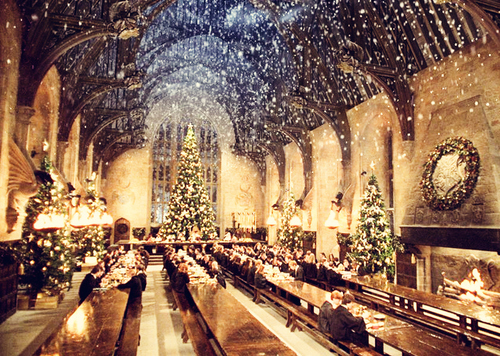 Hogwart’s Great Hall always showcases some of the most beautiful visuals in the entire series, but this particular shot is easily one of the most prepossessing shots in all eight films. It gives us a cozy and warm feeling.

And it’s also necessary as not every child goes back home during the Christmas holidays and it is important for them to feel “homely” at their school. Before Harry, Ron and Hermione drank the disgusting Polyjuice Potion to disguise themselves, the fans got a look at the Great Hall which was completely gorgeous. Snow falling from the ceiling and decorations in the entire room gave us most of the Christmassy feelings!

3. Their Hogsmeade Trip – Harry Potter And The Prisoner of Azkaban 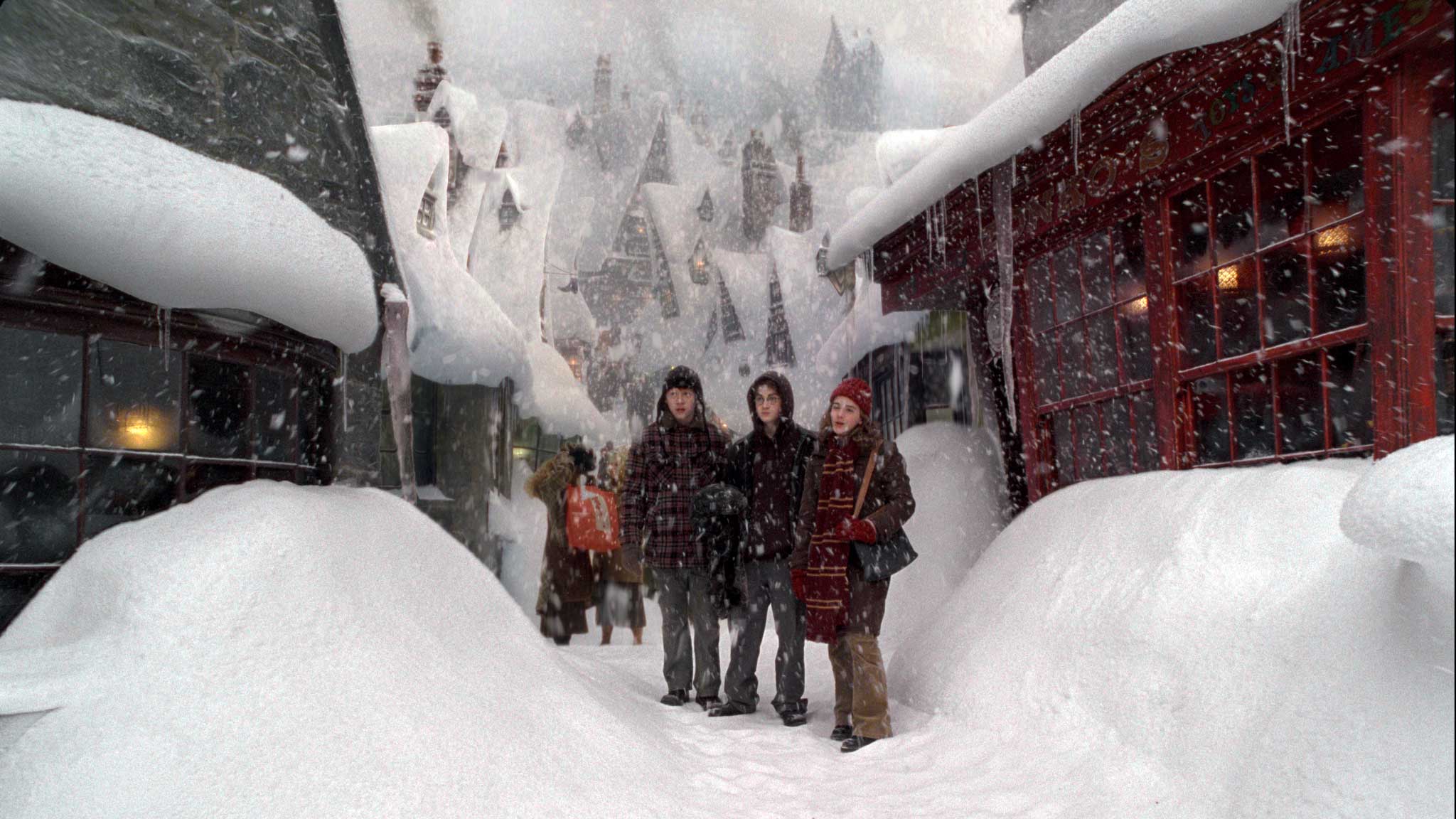 The third installment of the series explored a new part of Hogwarts and saw the golden trio explore Hogsmeade.  It is an all-wizarding village which has little cottages and shops and was located near a train station where the Hogwarts Express used to stop.

Harry couldn’t get his guardian’s signature on the permission slip and had to use his invisibility cloak to join his classmates. The scene where he pranks Malfoy is one of those scenes which is something everyone would do in the winter.

4. Christmas At Weasleys – Harry Potter And The Order Of Phoenix 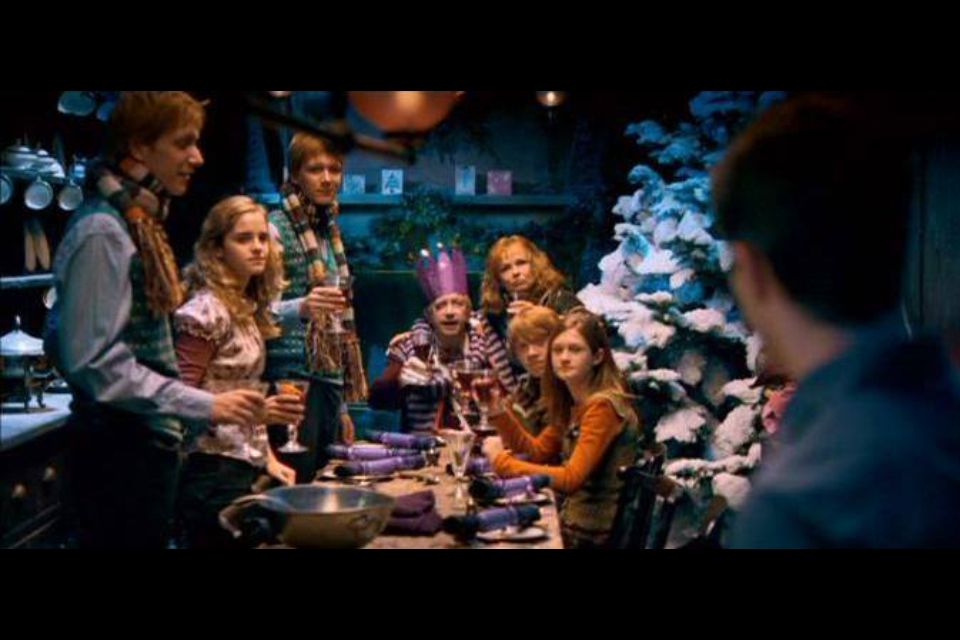 Christmas = Family and that was something Harry didn’t have. The Weasleys were kind enough to always treat him as family and it became a tradition for Harry to spend the holiday with them.

In The Order of the Phoenix, after Arthur was attached, Hermione, along with Harry and Ron go to 12 Grimmauld Place to celebrate Christmas with the Weasleys and Sirius Black. This was an important Christmas scene because it sent a strong message that even in the darkest times, we should always celebrate happy moments.

Harry chose not to go back to the Dursleys to celebrate Christmas during the first year. Ron was already tearing his presents when he woke up and was happy to know that Ron was also staying back during the holidays. It was an important point in their friendship and spending the holiday together at the school.

When Harry came to know that he received so many Christmas presents, he was dumbfounded since that was what he had never experienced while living with the Dursleys. Watching him tear his gifts was a wholesome scene.