Sci-fi movies are not one-day projects. It requires many talented crew members and high technology to create a world that spectators can believe. Although the entire cast & crew put their soul in the movie, it does not guarantee an error-free film.

Furthermore, Inaccuracy in sci-fi can ruin an audience’s experience. It can affect the film in all possible ways. Let’s discuss some of the Sci-fi movie mistakes which have gone unnoticed:-

Steven Spielberg’s Jurassic Park is an excellent example of a sci-fi movie, as producing genetically cloned dinosaurs walking around an amusement park is quite a tricky task. But Directors’ main focus was on making sure his animatronic Tyrannosaurus Rex didn’t break down, Sadly in that T-Rex escape scene, there is one remarkably noticeable mistake.

In that scene, Dinosaur chows down that impotent goat and launches her at a vehicle containing John Hammond’s grandchildren Tim and Lex, and lawyer Donald Gerrano. This leg fell on top of the car, and blood was dripping down from the window. Nevertheless, when Gerrano fled to hide in the closed toilet from the same car, we saw that goat leg and blood was absent in the shot. The portion reappears in later scenes.

James Cameron’s Avatar gives an unbelievable 3d experience, which broke several records in cinema’s History. But you might have missed the mistake in the scene when Neytiri meets Jake Sully in his human form for the first time. They both shared a moment when Neytiri saved Jake’s life, fortunately.

In that scene, Jake puts his hand on Neytiri’s face, and it was filmed beautifully. But the issue here is that Neytiri belongs to the Navi community, and her height is almost double that of Jake’s size. Then also, Jake was able to touch her gigantic cheek with ease. But, in reality, it would look a lot smaller. Although Jake’s hand was looking like a child, it should be additionally smaller.

Cristopher Nolan is known to create masterpieces, and one such example of his Sci-fi classics is inception. According to the movie, Characters must wear headphones during every phase of the dream to hear the music when it’s time to wake up. But error arises in Arthur wearing headphones. However, the van falls off the bridge and begins to drop in the river on the first level. Each character has to wear headphones to get a kick. In that scene, Arthur wasn’t wearing headphones, but in the later stage, when the van was dripping in the river, headphones appeared again.

The villain in 2009’s reboot of the Star Trek Sci-fi is absolutely on the spot. Nero is a time traveler looking for people who play a significant role in destroying his home planet and family. But the mistake arises when Neo lies down and waits for the arrival of the person who answers for Romulus’s end. His face was more visible, and the tattoo on his chin spoils his entire look, which was an unintentional mistake. 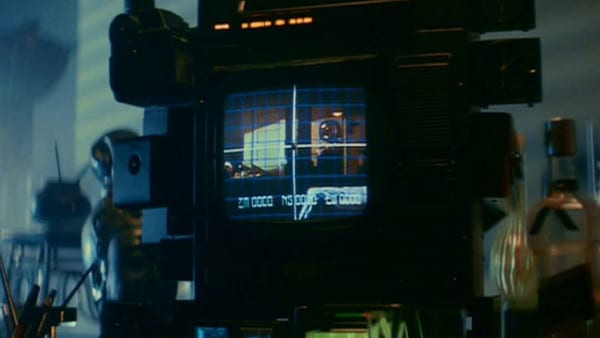 Blade Runner camera scene Riley Scott’s 1982 sci-fi movie was ahead of its time. But there was a mistake you might have missed in the first watch when Harrison Ford’s Rick Deckard analyze a photograph using his ESPER machine. He decided to print the image having Zhora’s face. But when Deckard was holding a hard copy, it shows a different angle to the vision we have seen on the screen. No one knows how the machine itself changes the point of view.

These are some movie errors you might not have noticed during the first watch. This list is for fun, so don’t take these mistakes seriously. It can deteriorate your Sci-fi experiences.