Sci-Fi movies are all about exploring science and technology while being set in the future. Although they are fiction, they take inspiration from the current development in the technology sector and envision how the future would be.

And very rarely, science fiction movies get it eerily right! It’s as if the filmmakers had a true vision of the future and they portrayed the same bit by bit in the movie.

Here are 5 sci-fiction movies that got it right, spot on!

If there is any other movie from Tom Cruise’s filmography that you want to watch, make sure it’s Minority Report (of course, after you have watched Top Gun, A Few Good Men to name a few). Yes, the concept of Precogs seems a little bit futuristic even for today but this prediction has come true in other ways.

Remember all the personalized ads you have been getting on Facebook and other social media platforms? That’s similar to what Minority Report portrayed. Today, our phones listen to our conversations and present ads based on that. Precogs are not far enough if we progress at this rate. 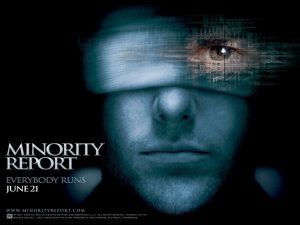 One of the beloved superhero movies from the 1990s, Darkman was way ahead of its time. The movie predicted 3D printers that could be used to create body parts such as the face our movie hero created.

And guess what? We have such 3D printers rapidly used in medical sectors to treat burn victims and create internal organs. Who could have thought the accuracy at the time in the 90s? *Mind Blown* 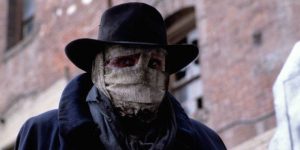 Well, it was not just 80s or 90s era movies that predicted the future of science and technology. Let’s go back to 1929 when the movie Woman in the Moon was released. It was a time when real space travel wasn’t possible.

But the movie predicted humans going to the moon. And we did in 1969! There are only a few things that make it different from reality such as a habitable atmosphere on the moon or the rocket in water. 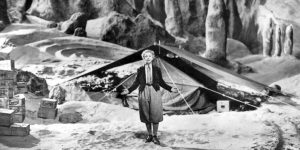 This movie kept it pretty close to the near future. The movie predicted the use of virtual reality to make superhumans with extraordinary learning powers. Well, we still need to reach that point of human and technological evolution. However, virtual reality is already here!

In fact, the movie predicted the shape and aesthetics of virtual reality headsets with amazing accuracy. 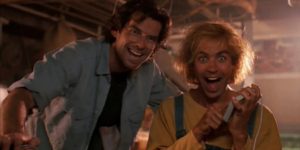 You might think why this movie is on the list of eerily accurate sci-fi movies? Well, the fact that the movie was able to predict World War II with accuracy gives it a spot on the list.

Based on H.G. Wells’s novel from 1933, the movie gives a picture of the world war, and it destroyed the complete civilization. Although the actual World War II didn’t destroy civilization, it certainly brought a change in our society. The movie was spot on to bring these future scenarios on the screen. 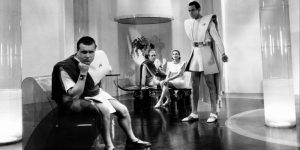 We are sure there might be some other sci-fi movies that predicted the future accurately. Drop them in the comments below!