Down below, are the Five Amazing Facts About Doctor Strange.. 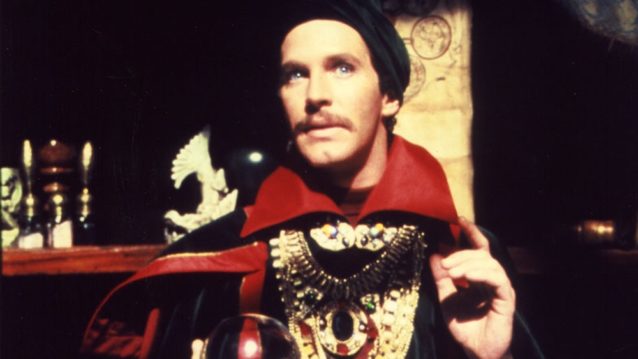 2016’s Doctor Strange is not the good doctors’ first movie outing. And no, we are not including the 2014 brief name drop In Captain America Winter Soldier. Nice bit of foreshadowing there, no? Instead we’re talking about the full blown 93-minute CBS made for TV movie that aired in 1978. It featured Lucille Bluth from Arrested Development as Evil sorceress Morgan le Fay and Peter Hooten (Hooten? Anyone? No? Okay.) as a psychiatrist turned Sorcerer supreme Stephen Strange and you should probably check out its trailer on YouTube because it is genuinely incredible. I’m kidding, it’s not. Doctor Strange TV movie was supposed to act as a pilot to set up a whole series like other Marvel TV shows that CBS were airing at the time like The Amazing Spider-Man and Incredible Hulk but sadly it was just never meant to be for Doctor Strange on the small screen as a TV series was never picked up by the network.

‘WAS NEVER AN AVENGER’

Stephen Strange is maybe getting ready to go on some adventures with Avengers in the MCU but in the comic book world, he’s never actually have been a card carrying member of the Core Team. Yes, they have a club card that is called The Avengers identity card and it’s a loyalty when you go to buy groceries. Okay, I’m kidding. Before you get your underoos in a twist, oh yes, we know he was a member of the New Avengers but that doesn’t count since it was pretty much a team made up of whoever wasn’t killed off in civil war. One team doctor Strange was however a part of however is the Defenders. In fact, he was the founding member of it. If the name defenders is ringing some bells in you, it might be because that’s the banner that Daredevil, Jessica Jones, Luke cage and Iron Fist unite under in Marvels Netflix universe. The defenders first appeared in 1971 with Doctor Strange, Hulk, and Namor, the submariner. On the team later on, Silver Surfer also joined among others. Their popularity endured and Doctor Strange assembled The Secret Defenders to fight alongside him Doctor. Strange has an extensive history of leading his own team and while the ‘Defenders’ name might be taken by the Marvel Netflix cinematic universe, we wouldn’t be surprised to see him put together his own mystical team in the big screen MCU.

The world we know in the MCU isn’t the only one that exists in the Marvel Canon. In fact, there is a near infinite number of Marvel universes, all existing within the comics and Doctor Strange has featured in some of the very weirdest. There’s one where Doctor Strange is a crocodile called Croctor Strange and even one where he is an advisor to Queen Elizabeth I. In his vehicle timeline, Doctor Strange is now Sir Doctor Stephen Strange, the Queen’s personal physician and master of Queens medicines which might just be too many titles for your average business card. Just saying. In this reality, we are in the year 1602 and the world as they know it has been plagued by some peculier weather blood red skies, earthquakes and rains of lizards, you know classic British weather. After Queen Elizabeth’s death, the new King James imprisoned Strange and beheaded him for treason. His wife Claire took her husband’s head from the Pike it had been impaled on, communicated with it and then fled to America. Since he was no longer alive, he was free to spiritually communicate away to save the world to his wife and once again the earth was saved from the lizard rains his head was allowed to return to his body in the crypt. Don’t you just love happy endings?

‘NEVER GOT ALONG WITH TONY STARK’

Stephen Strange and Tony Stark are two sides of the same coin. They both Defend the earth against cataclysmic threats but while one deals in Science and Technology, the other deals in magic and mysticism. The pair disagree all the time because Tony Stark simply can’t get on board with the idea the there are things in the universe he just can’t explain. They frequently clash over the use of their unique abilities to solve their problems. With Iron Man dismissing magic as make-believe and Doctor Strange seeing technology as of limited applicability in his fantastical corner of the universe but there’s a good natured rivalry between them and there are ample opportunities to have some fun with their relationship and create some friendly banter. Marvel Comics demanded the awesome facial hair bro-gag be recreated in the live action and who doesn’t want to see Robert Downey Junior and Benedict Cumberbatch high five in honour of their goatees.

Of course there’s also the opportunity to introduce The Illuminati! No, not that Illuminati. I’m talking about the other one, you know, the secret organisation made up of the world’s most powerful superheroes who meet in secret to pull the strings behind the biggest superhero teams and discuss the fate of world. Actually they are not all that different from each other, anyway. The MCU currently has 3 members of The Illuminati in play: Iron Man, Doctor Strange and Black Panther. It would certainly be a great way to develop a relationship between Stark and Strange in the MCU.

Doctor Strange fans will already know that he takes residence in a lovely three-storey townhouse that he calls his ‘Sanctum Sanctorum’. It’s a lovely building right in the heart of Greenwich village with the exact address being 177 A Bleecker Street. In the comics, the house is an epicenter of Magic with the history that reads like an estate agents’ worst Nightmare. It was originally a site for pagan sacrifices and then the land was cursed by a shaman. Native American Indians used the space to cast rituals and all. At some point, it was also about to become Starbucks because isn’t it the same anyway? The house is filled with never ending rooms that seem to change sides as well.

So there was the list of 5 Facts About Doctor Strange. Thanks for reading.