As Dirty Harry, The Man With No Name, and as an angry old grump who wants everyone off his yard, Clint Eastwood has conjured a weathered machismo on screen for decades as Dirty Harry, The Man With No Name, and an angry old grump who wants everyone off his yard. His numerous noteworthy roles and time spent behind the camera as a filmmaker cemented Eastwood’s position in Hollywood history. While masculine men have come from the movies, Eastwood has something that macho actors like Burt Reynolds, Arnold Schwarzenegger, and even John Wayne do not have. He’s adamant about doing things his way, and since he’s built such a name for himself, he can get away with it. In the minds of the audience, Eastwood will always be a tough guy. Surprisingly, he’s had enough manly experiences off-screen to make his on-screen character credible. Eastwood rose through the ranks of Hollywood gradually, landing his first appearance in Revenge of the Creature before landing his big break with the 1959 television series Rawhide. He took a role in Sergio Leone’s Italian western A Fistful of Dollars in 1964, and the film’s worldwide popularity catapulted him to stardom. Eastwood began directing in the 1970s, and he finally achieved even greater success and critical praise behind the camera. While Eastwood’s machism has evolved over the years, he will always be remembered as one of Hollywood’s most iconic masculine men, with his trademark squint and gravelly voice inspiring admirers for years to come. What is beneath the guy seen on film, though, is as macho.

5. He Survived A Plane Crash In The Pacific Ocean: 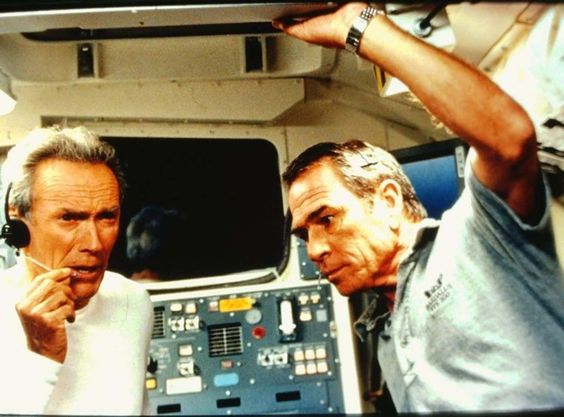 Eastwood took advantage of the fact that he could obtain a free military jet and travel across the country as a member of the military in the 1950s. Eastwood found himself travelling in the rear of an outdated Douglas AD bomber on his way from Seattle to Monterey in 1951. Unfortunately, the journey did not go as planned. “Everything went wrong,” he recalls. “Radios stopped working, oxygen ran out, and they eventually… We ran out of petrol around Point Reyes, California, after the pilot flew it about for a bit. And then he drowned in the sea.” Despite the fact that everyone survived the water landing, they had to swim more than a mile to the beach. To make matters worse, the water was icy because the incident occurred in late autumn, and there were possibly harmful critters in the water. “I discovered many years later that that was a white shark breeding habitat, but I’m happy I didn’t know that at the time, otherwise I’d have simply [perished], just had apoplexy or something,” Eastwood remarked. Throughout the ordeal, Eastwood was aware that death was a possibility, but he chose to focus on the positives he could find. “I just thought in the back of my mind…okay, some people have made it through these things, so maybe we’ll have luck when we reach the water,” he recounted. “The water felt much more comfortable since the sound of the motor not operating was highly unsettling in the air.”

4. He Did His Own Stunts In The Climbing Film ‘The Eiger Sanction’:

Eastwood, according to his long-time stunt double Buddy Van Horn, was always eager to finish his own stunts. Van Horn described him as “a highly strong person who wants to execute his own stunts.” “Some of the things he performs are really simple to get hurt from. I’ve tried to persuade him out of it on occasion, but not always effectively.” The Eiger Sanction, a film that featured multiple strenuous mountain climbing sequences, was one in which Eastwood conducted many of his own stunts. While training proved incredibly tough for Eastwood, he pressed himself to succeed. “Then he responded traditionally—he got pissed off,” climbing instructor Mike Hoover said. “He drew in his chin and clinched his teeth, and moosed his way up with no technique at all, just blood and guts.” After one of the team members, an experienced climber, was killed when he was struck by a falling boulder, Eastwood contemplated halting production. Others working on the video, including numerous climbers, persuaded him to keep going so that the fallen climber’s death and the effort he had done would not be in vain. Continuing on, however, required Eastwood to do one of the film’s most perilous stunts: dangling over an abyss, cutting his rope, and falling. Eastwood had to cut the rope he hanged from while hoping his safety line would keep him safe in order to make it appear as though his character cut his line and plummeted to his grave. In fact, the actor would only fall a few feet and movie magic would fill in the rest, but the feat was psychologically challenging for Eastwood. “I could see this meadow way down below and hear the cowbells ringing,” he recalled. “I wondered to myself, ‘Why am I not laying out there sunning with those cows?”

3. He Saved A Man’s Life From Choking: 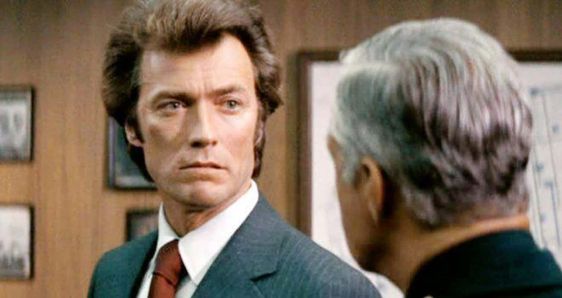 Eastwood is an enthusiastic golfer who owns a golf club in Carmel, California, and can frequently be seen at competitions. He attended the AT & T Pebble Beach National Pro-Am in 2014, adding another notch to his machismo belt. At a volunteer party, he noticed tournament director Steve John coughing on what turned out to be a piece of cheese. “I glanced into his eyes and saw the expression of dread that individuals get when their life flashes before their eyes,” Eastwood recalled. “It didn’t look good.” He performed the Heimlich Maneuver on John without pausing to consider his actions. “I couldn’t breathe because I was staring at him,” John explained. “He saw it right away and saved my life.” In addition to being appreciative of Eastwood’s selflessness, John was astounded by the actor’s strength. The director’s “I can’t believe I’m 202 pounds and he threw me up three times,” John said.

2. He Jumped Off A Bridge In ‘Dirty Harry’ And Rode On The Hood Of A Car For ‘Magnum Force’: 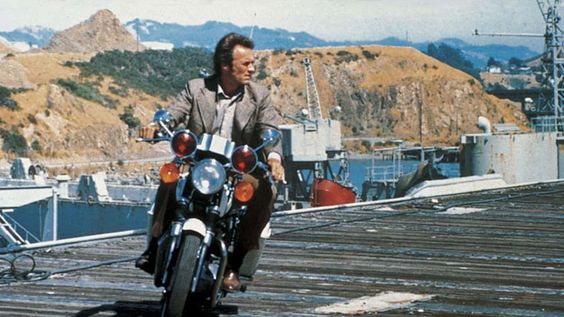 In addition to performing all of his own mountain climbing stunts for The Eiger Sanction, Eastwood also performed many of his own stunts in previous films. Eastwood chased a helicopter on a motorcycle in The Gauntlet. In Magnum Force, he rode atop the bonnet of an out-of-control automobile. In Dirty Harry, audiences can plainly see Eastwood jumping from a trestle bridge and onto the roof of a moving bus below. Not that the actor wasn’t aware of the dangers of these acts, but he didn’t want viewers to feel cheated because someone else was performing his work. However, according to stunt double Buddy Van Horn, Eastwood was ready to let him perform a stunt if the risk of injury was too significant. “I believe a lot of the performers prefer to do certain things to the point where you can let ’em do it safely-that’s good,” Van Horn explained. “I’ve attempted to persuade people out of doing things on occasion, and most of the time I’m successful. When Clint acquired a few knocks and bruises, I didn’t believe he needed them.”

1. He Doesn’t Consider Himself An Overly Macho Guy: 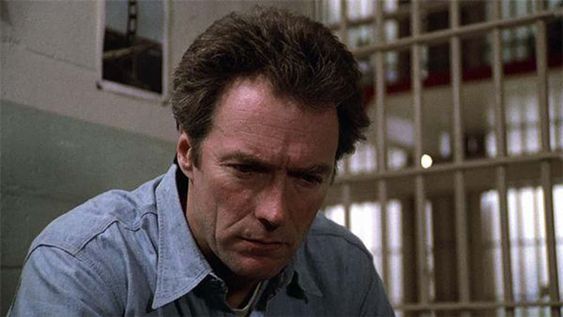 Eastwood earned a name for himself playing macho characters, and he acknowledges that this helped shape his career. “Over my career, I’ve played some bad*ss roles,” he told a film student who was curious about how the actor distinguished his performances from his actual identity. “As a result, some individuals believe I should own a.44 magnum. That, however, is not the case. That’s something I don’t have.” Eastwood, on the other hand, confesses that he has no problem with weapons and even loves using them. “I do fire them, and I like target shooting and stuff like that,” he stated. “I’m not a big hunter. I don’t enjoy [hunting] animals, but I enjoy shooting.” He said that his roles required him to be masculine owing to the genre they were in. “Conflict is the foundation of drama,” Eastwood remarked. “And I’ve played a lot of conflicted characters or characters that engage in conflict, so it’s a natural thing for an actor to do.” “I am a pretty sensitive person, you know,” Eastwood said when asked whether he’d ever consider playing less masculine parts and potentially exploring his gentler side.

So yes, these are the 5 Surprisingly Macho Clint Eastwood Stories. To be honest, guys, Clint Eastwood is not only amazing, but one of the best dailies of his time. He is such a macho man that he even does his own stunts. So, what do you guys think of Eastwood’s acting and directing? Let us know in the comments down below. Till then, we’ll see you in the next post, guys, but don’t forget to keep reading Animated Times, your one-stop destination for learning more about the entertainment industry, new movies and TV series, celebrity gossip, and so much more. We’ve got your back on all fronts. Continue reading Animated Times for more.