Every other fan of the spectacular movie series Terminator wants the makers to create more sequels. With that said, here are the top 5 things that Terminator fans wish to see in the upcoming movies. 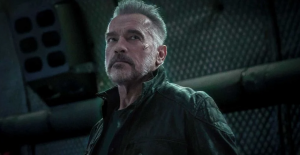 With Terminator: Dark Fate‘s release, the franchise offered a mixed movie cuisine to its audience. The movie lacked some CGI, while most of its plot felt like a Déjà vu. But all the things apart, Linda Hamilton’s appearance on-screen made the movie’s opening scenes breathtaking.

The makers of the franchise have recently shown their interest in producing a sequel. But the confirmation is seemed to be unofficial yet. If it ever happens, here are some of the things that Terminator fans wish to experience in the upcoming sequels.

Terminator: Dark Fate begins with a brutal scene shot in a car manufacturing plant. It was the only big scene of the movie, while the remaining minutes tried hard to make the plot turn bigger. Thus, the fan base wants future films to use a smaller scale akin to the former Terminator sequels. 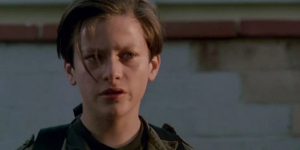 John Connor only appeared for a guest appearance in Terminator: Dark Fate. It does archives all the efforts that he and Sarah accomplished in Judgment Day. While bringing him back could be a potential challenge for the makers, the concept of time travel might help.

Terminator 2 sailed the boat of fandom just because of its visual effects. On the other hand, Dark Fate is found to be having an overabundance of CGI effects that make most of the part look poor. Thus, fans expect to see the right mixture of CGI and practical effects in future Terminator movies. 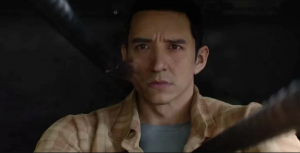 Terminator: Dark Fate has used the same framing device as the franchise used in the former sequels. Originated in 1984, this idea feels somewhat tiring in 2019. The future sequels of Terminator should develop new framing devices to get a significant hold of the audience.

As mentioned earlier, Linda Hamilton’s appearance in Terminator: Dark Fate made the movie’s opening scenes breathtaking. Sarah Connor’s character is glorious, and a true Terminator fan would love to see more of her.

While Terminator fans are tired of the PG-13 rating, catchphrases, Legion, a mixture of writers, and Arnold Schwarzenegger, the things mentioned above can help the franchise outperform the expectations.