Zack Snyder,the American filmmaker of the DC Universe has been popularizing fans since the Man of steel in 2013.Some fans love Snyder’s interpretation of Superman,
while others feel that the beloved comic book character has appeared in the
blandest superhero films in recent years. Regardless of opinion, everyone can
agree that some aspects of the movies accurately capture the character and
lore, while others fall flat, making the viewer feel like they are barely watching
a Superman film. Where this list gets tricky is that certain choices by Snyder
and the filmmakers are loathed by some viewer, but adored by others. It’s
important to remember that many of the entries ultimately boil down to
opinion; for every valid argument about what the films get wrong about
Superman, there is most likely an equally rational rebuttal.
Without anymore dilly dallying, here are 5 Things Zack Snyder Got Right
About Superman. 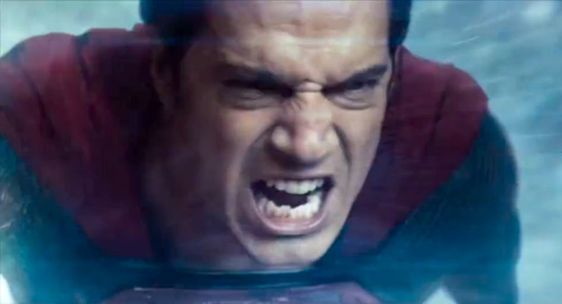 Richard Donner’s 1978 epic Superman made you believe a man can fly, and
was able to relay an incredible sense of speed to movie-goers almost forty
years ago. However, the plot did not give the hero an opponent of equal or
greater strength to really duke it out with. In the film’s 1980 sequel, the
character faces off against General Zod, but the limitations of the time
prevented a truly believable confrontation. Finally in Man of Steel, Zack Snyder
gave viewers a true display of Superman’s brute strength. When he battles
General Zod in the final battle, they throw each other through buildings and
wreak havoc on Metropolis. The damage done to the city is horrific, but it
really cements just how much destruction the Kryptonian can cause when he
isn’t restraining his powers.

Many actors have played the legendary character over his over sixty year
history in movies, and several have delivered timeless performances.
George Reeves will forever be the idealistic hero kids can look up to,
Christopher Reeve captured the true look and hopeful attitude of the

character, and Brandon Routh was lucky enough to look like Christopher
Reeve. Needless to say, Snyder had to be careful in who he cast for the
role in the film. Fortunately, Henry Cavill was a man who proved to be
truly dedicated to the role. He got his body into top physical shape and
his performance is different enough from previous actors to stand on its
own. Maybe the scripts don’t always give Cavill the best material to
work with, but he is always believable as a supremely powerful being.

Zack Snyder’s films generally have a unique look that separates them
from other big blockbusters. Whether people like it or not, it’s important
for a filmmaker to have their own signature style. This design is present
throughout the entirety of Man of Steel, but where it really shines is
during the first act depicting the destruction of Krypton. Superman’s
birthplace is a beautiful sight to behold. The tremendous detail packed
into every scene makes the planet feel like a living place with more
stories to tell than there is time in the film. Previously, the planet was
given an ethereal quality. The modern Krypton looks more like a
legitimate alien planet than Heaven. Fans can currently see more of the
world on the TV series Krypton, which premiered on March 21st, 2018.

4. RIGHT – THE GOVERNMENT’S REACTION TO SUPERMAN

The impetus behind every decision for the new Superman was the
question: what if he were to really exist in our world? It’s truly
impossible to know what that would be like, as this world thankfully
doesn’t have flying demigods in capes. It’s safe to say though, that the
government’s reaction wouldn’t be vastly different from how they
responded in the movie. To the military, this unknown figure is an alien
and cannot immediately be trusted to have humanity’s best interest in
mind, and are they unreasonable to think this way? When faced with the
unknown, the government tends to assume hostility rather than
amiability, and a government’s first responsibility is to the safety of its
own citizens before anything else.

5. RIGHT-THE DEPICTION OF A WORLD WITHOUT SUPERMAN

Some critics may contend that it was way too soon to have the
legendary hero pass away at the end of Batman V.S. Superman, and that
such a big event should have been reserved for a later film. Though this
argument is understandable, it does lead to a fantastic opening of the
Justice League which showcases a world mourning Superman’s loss. In
such a universe, his demise would seem like the end of the world,
delivering a devastating blow to humanity. The dreary tone clearly
communicates why it was so vital for Batman and Wonder Woman to
form the Justice League in his absence. Admittedly, this would have
been much more effective if the prior two films were more lighth earted.
What do you love about Zack Snyder’s