There are various things happening in Hollywood every day apart from Robert Pattinson’s interviews. But fans and audiences who have been encountering Robert Pattinson’s clips and quotes on YouTube know that the actor has had an intriguing journey over the years. However, for some of the stories, he admitted that they were lies, but for others, it is too absurd to trust and believe.

He Said He Have Seen A Clown Die 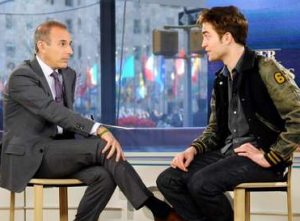 In an interview with Today, while promoting Water for Elephants, Robert Pattinson was asked if he ever wanted to join the circus. To this Pattinson replied “No, the first time I went to the circus somebody died. One of the clowns died.” When the host pushed him to share more details, Pattinson said “the joke car exploded on him”. He was clearly lying because Pattinson told a different story in a tragic clown tale when he met another interviewer. 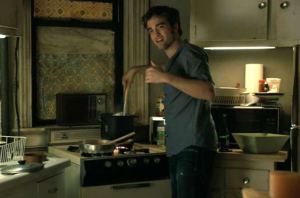 In a facetime interview with GQ, Robert Pattinson shared his idea for a fast variant of pasta. He referred to his recipe as “penne pasta” that included “incredibly large novelty lighter”, “one giant, a filthy, dust-covered box of cornflakes”, “any sauce”, and “nine packs of pre-sliced cheese”.

Seeing what and how Pattinson is doing, the interviewer shared his thoughts by saying “I wish I could tell you whether what I’m about to describe here is a bit, or a piece of performance art, or is, in fact, sincere – even now, I don’t totally know. I think parts of it are real and parts of it can’t be real”. To this, Robert Pattinson’s very good friend, Claire Denis explained “He’s not mean, but he’s always trying to escape a little. He doesn’t want you to put your claws too deep into him.” With that said, GQ barely got the truth behind what actually Robert was doing and why he was lying during the interview.

He Said He Has Heavy Saliva But Can’t Spit 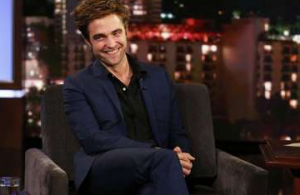 In an interview with Jimmy Kimmel, Robert Pattinson said that he has had “heavy saliva” but cannot spit beyond afoot. He echoed that the reason behind his short spit ability is his weak lips. But later, he explained that when he lies, his saliva becomes looser.

Pattinson Revealed That He Ate Mud While Shooting For The Lighthouse 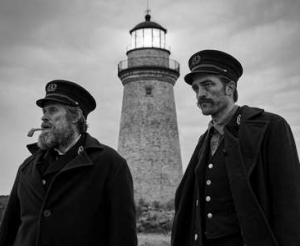 In a conversation with Esquire, Pattinson said “because you’re playing a mad person, it means you can sort of be mad the whole time. Well, not the whole time, but for like an hour before the scene.” “You can literally just be sitting on the floor growling and licking up puddles of mud,” he added. In another interview, The Lighthouse producer, Jay Van Hoy, explained what Pattinson meant. He claimed that Pattinson was drunk while shooting for the film and he did it all to assure everyone that he is not. 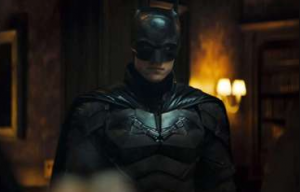 In a conversation with Access Hollywood, Robert Pattinson was asked about his role in the upcoming Batman film. To which Pattinson uttered ‘Aargh!’, a sound that is kind of a mixture of the Joker, Pirate, and Waluigi’s voice. When Pattinson was asked to elaborate further, he said “I think Batman has sort of a pirate-type voice.” But in the trailer of The Batman (2022), the titular superhero is found echoing “I’m vengeance”, which does not sound like a pirate at all.