Its now 18 years since the iconic X Men series was launched on the big screen. And we have a seen like a hell lot of bad guys. I mean almost everyone that we can think of or would have read it in comics are almost now on the big screen.

I am just considering X – Men by the way. But everyone of them was not a hit. So, lets see who are the 5 villains the FOX Studios nailed, and who are the 5 who the studio failed.
10. FAILED: ANGEL

When she was introduced in X-Men: First Class, our expectations went down by like a millionth. I mean she was kind of cute but the charisma of Angel was completely missing. Plus, she got a pretty less screen time too.
9. NAILED: PYRO

He is one of the coolest X-Men’s villains till now. You remember the spark he ignites just by the snap of his finger when he attacked Bobby in X2: United?

Well, he didn’t get much screen time but he literally killed it by his performance.
8. FAILED: JUGGERNAUT Juggernaut is way ahead of just being strong. He is dumb, he is arrogant and he is proud of what he is. And these three qualities are what make him special. If you have seen that villain in the animated cartoons, you would have realized how horrifying that villain is. Whereas in X Men: The Last Stand, he was merely a tool.
7. NAILED: PHOENIX

Nailed it, nailed it and nailed it to perfection. When Jean Grey was first introduced in X-Men, we all kind of fell for her. She was perfect and had the perfect chemistry with both, Logan and Scott Summers.

Her facial expression always showed that she had no idea of how powerful she could be. And when she did explore it all in X Men: The Last Stand, we realized how beautifully the character had been built up.
6. FAILED: MYSTIQUE

Well, you should agree to this fact. Jennifer Lawrence’s Mystique was fine but not of the first 3 X Men movies.
5. NAILED: BOLIVAR TRASK

No one would have ever imagined for Bolivar Trask, a mere villain of the comics, to be such powerful on the big screen And a big credit for that goes to Peter Dinklage. We have no doubt on the talent of our favorite Tyrion Lannister, but we had never expected him to nail the role of Trask with such perfection on the big screen.
4. FAILED: APOCALYPSE The most powerful villain of the X-Men series was shown just too weak on the big screen.

“Apocalypse, as depicted in X-Men: Apocalypse, is a typical megalomaniac. There’s no depth and no exploration of his motivations.”
3. NAILED: SEBASTIAN SHAW

Well, you give Kevin Bacon a role, and he will nail it to perfection. Sebastian Shaw is one of the unknown villains of X-Men comics.

With the power to absorb even the most powerful radiations, and emit it when needed, the strengths of Shaw couldn’t match. And that’s what we saw in X-Men: First Class.
2. FAILED: EMMA FROST 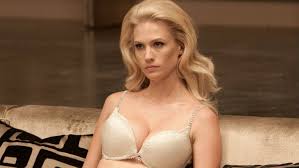 The glamorous Emma Frost of the comic world failed miserably on the big screen. Lesser screen time, weak, always just a sidekick for Sebastian Shaw are just a few things which stopped Emma Frost to depict her true self to the audience.
1. NAILED: MAGNETO

Sir Ian McKellen or Michael Fassbender, whosoever it was, was just perfect. Sir Ian was the one who made us go crazy for Magneto.

The arrogant, the cool and the most powerful of them all was so perfectly blended.
Not only this, in X-Men: Days of Future Past, we saw what could be the actual strength of Magneto; lifting up an entire stadium is not a joke. And Michael Fassbender nailed it in that role.