There are many things that bring comic book figures to live. Since the early shows and movies depicting such superheroes as Superman, Batman and Captain Marvel, they have grown from teen audiences to a devout adult audience, and from being considered frivolous pastimes to being considered works of art. A major part of the charm of comic book characters are the costumes – the illustrations are often what make the comics the stuff of legends. On the other hand, some artists have missed the mark with costumes for some of the iconic characters making them look downright silly. Here is a list of the worst costumes we have seen so far in comics: 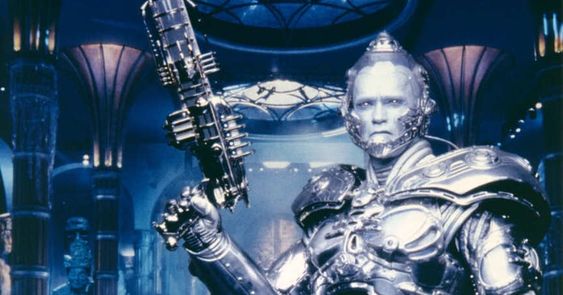 Mr.Freeze is actually a great villain for the Gotham city and its Dark Knight. Paul Dini’s Batman: The Animated Series was a great way to bring out his backstory, and the movie was coming out with the motivation for its lead villain very clear. However, it seemed as if the studio was more interested in creating a costume for Mr.Freeze that could sell toys later and less interested in staying true to the character. Arnold Schwarzenegger seemed to do a fine job making Mr.Freeze menacing enough but it was his costume that took a lot of effect out of it. First it was
studded with rotating diamonds that would keep him at zero degrees, an idea that seemed ridiculous even for the comic world. There were LEDs everywhere making him look cheap and ungraceful, a surprise given the movie was so high profile. The LEDs used to light up Arnold’s mouth were so badly placed that they leaked battery acid almost killing him. 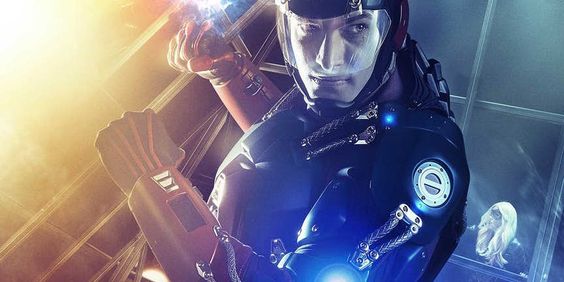 Brandon Routh has won a lot of fans with his portrayal of Superman. So when he became the Atom aka Ray Palmer in the Legends of Tomorrow, fans expected a lot. And while he does pass the muster for the fans, a disappointment was in store as far as Atom’s costume was concerned. The suit is the source of the superhero’s powers but it seems more like a cheaper version of the Iron Man costume. And when The Atom does shrink, he sheds the costume. While spandex is not really the answer because for the Atom, the makers must opt for something that exudes tech, the quality of the costume just did not cut.
Then again, there isn’t much that makers can do on a TV budget. 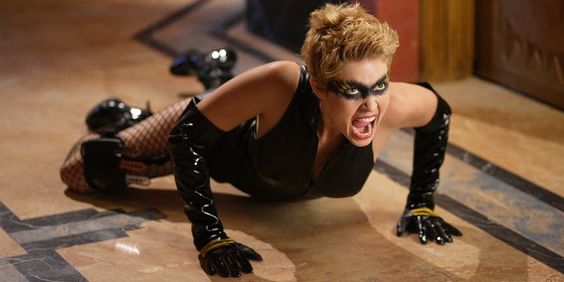 She was created as a support character to the Flash in Flash Comics #92. She is one of the earliest strong female characters and is certainly very cool. A constant part of her ass kicking persona is her costume, which has managed to remain constant over all these years. It is simple – a black jacket over a black bodysuit coupled with fishnet stockings. It should have been relatively simple for the makers of Smallville to reproduce this but they managed to mess this up. Note that this is hardly like The Atom where a lot of technology and CGI have to come together. The narration is odd – Black Canary is a conservative reporter who goes up against Lois Lane wears a black wig atop her blonde hair. The mask is a weird makeup, and the whole narrative and figurative look is a little undercooked and oversold.

4. Batman, Robin and Batgirl(Batman and Robin): 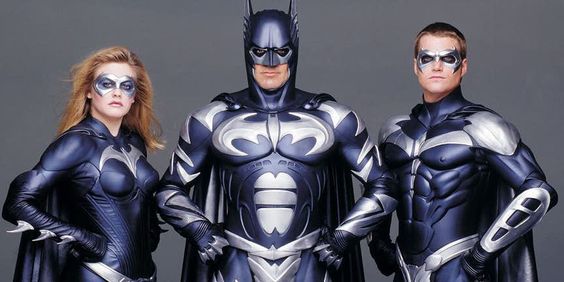 So it wasn’t just Mr.Freeze who had the awful costume in the movie. When Mr.Freeze froze every citizen of Gotham so Poison Ivy could replace the people with animal and plant hybrids, it is the turn of
Batman, Robin and Batwoman to team up to fend off the threat. The movie says there are minutes left, and then in a confounding turn of events, the three go to the cave for a change of costumes. As it turns out, these costumes are so awful that one can not even forgive the screenwriters for that. Batman has silver chevrolets that make the character look literally comic and the utility belts are badly planned and look like a true eyesore. Also note, the costume does nothing to protect the trio from the attacks of the icy Mr.Freeze. 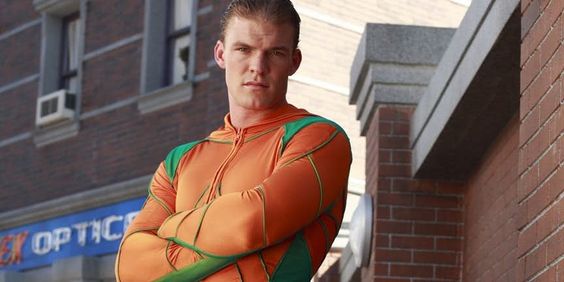 Another great contender for the worst costume from the Smallville show is Aquaman. It seems that all they have managed to do for the Atlantean god and king is make an orange hoodie for him. If you compare this with the Michael Wilkinson’s costume for the Justice League movies, you might wonder if the smaller TV show budget is enough reason to justify the enormous difference in quality. The way they Aquaman logo into the costume is nice but the overall look is not that of the King of the Seven Seas.