Harley Quinn has been around since a long time, taking us all the way back to 1992 when she made her debut as an unnamed Hench-woman of the Joker. Since then, the character has risen to become fan favourite among all the DC fans. Often seen as Joker’s partner in crime, she’s actually an independent supervillain in her own rights.
We all loved Margot Robbie as Harley Quinn in Suicide Squad and most of us know how she turned from a psychiatrist to a psychopath. In the comics, she went on to imagine her life without Joker and eventually broke herself from his shackles to embark on her own journey. So, today we will tell you 6 things about Harley Quinn, only true fans would know.

6. She was an Honorary Amazonian

Harley Quinn has been Wonder Woman’s fan and she even shared sides with her during the events of 2007’s Countdown. We even get to see her at the shelter where she lives a new life alongside the Amazonians, who accept her as she is. She also gets trained like a warrior and fights bravely with them until she suffers a relapse which takes her back to her criminal ways.

5. She was a Red and Black Lantern 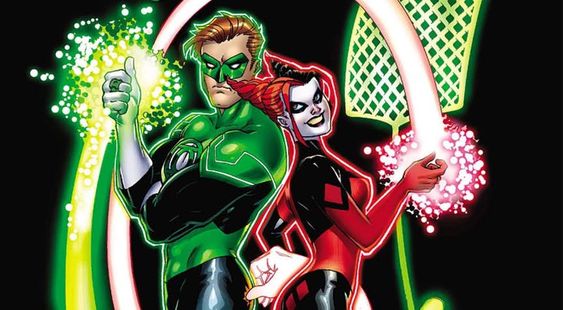 Harley had a brief stint with the Power Ring, which ramped up her abilities. This happened in Harley’s Little Black Book, Vol. 1, #2.
In this, she crosses her paths with Hal Jordan and for a short while, had fun with his green ring until she got taken over by red and black rings, making her the most unique, Red and Black Lantern. This is followed by Harley flirting with Hal, which is hilarious!

4. She accidentally put a hit on herself 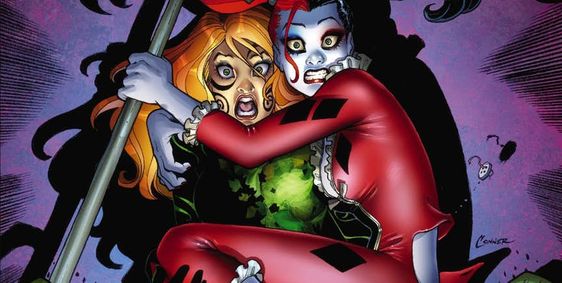 Harley may be a genius but that doesn’t mean that she cannot do dumb stuff. In Harley Quinn, Vol. 2, she tries to go to the bottom to find out who exactly has put a hit on her.
She’s helped by Poison Ivy who does all the hard work while Harley simply sleeps. When she sleeps, Ivy realises that the person behind Harley’s bounty is Harley herself. Yes, I’m talking about sleepwalking here! 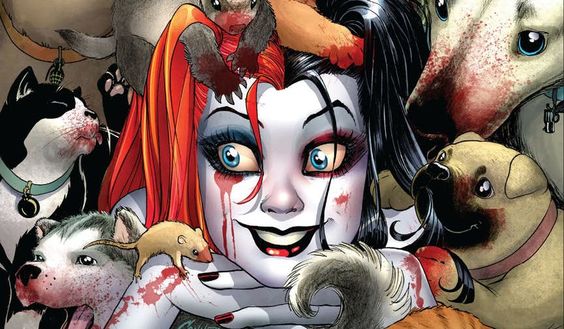 If you’re wondering what’s a scatapault, it’s just a normal catapult designed with the purpose of disposing animal leavings as quickly as possible. This device was created by Harley after she received a lot of complaints about waste from all her pets.
It works as a weapon too and enables her to take aim and hit her intended target. She used it to hit the DC comics office during the Gnu 52 issues.

2. She tried to buy Bruce Wayne 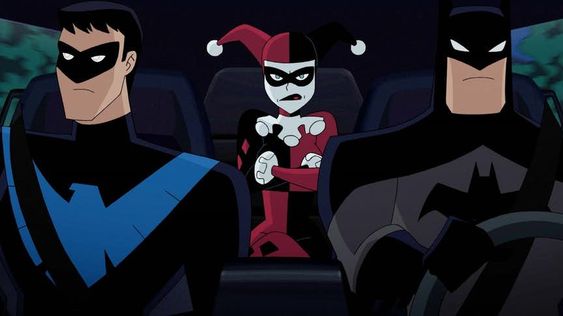 Harley Quinn fell in love with both Bruce Wayne and Batman, without being aware of their shared identity in the 2015 Harley Quinn Valentine’s Special.
She dreamt a married life with Bruce with 36 kids and to work upon it, she made a plan to steal enough money to bid on him at a charity auction. She opened up the bid with a mere $47 but when the bid reached millions, Harley had to protect Bruce from invading thrives. 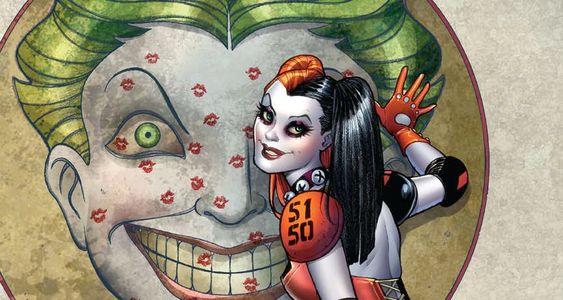 She is often compared with Marvel’s Deadpool due to her meta-referencing and though she isn’t aware of the fourth wall, she keeps on breaking it unconsciously with throwaway gags and encounters with her own creators.
Harley Quinn, Vol. 2 is a delightful mixture of this. It starts with Quinn imagining what she’d look like in comic book form and she even interviewed a lot of artists like Becky Cloonan, Amanda Conner, Walt Simonson, Jim Lee etc.