Since the advent of Marvel & DC, the two companies have been seen as competitors in the market and it’s assumed that there has never been a crossover between them.

In reality, yes they are rivals in terms of marketing but they don’t really hate each other. In fact, over the years, we’ve seen them crossing over with each other though it hasn’t happened anytime recently but there are a few notable crossovers in the past between them.

DC vs Marvel, All Access and JLA/Avengers are some of the notable crossovers till date which are loved by fans all over. However the crossover between the companies started in 1976 with Superman vs The Amazing Spider-Man and considering its success with the fans, they decided to cross over again.

Today we will tell you about 6 forgotten fights from the DC and Marvel crossovers. 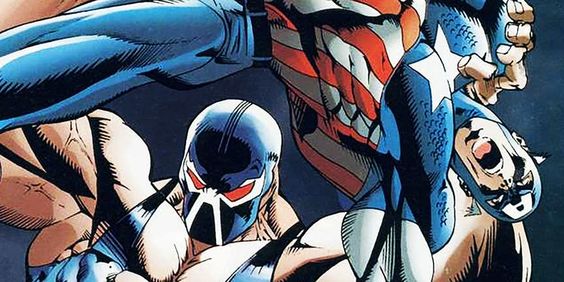 Towards the end of Marvel vs DC, Captain America finds himself facing Bane and the two fight till they bleed. We see Captain throwing away his shield and Bane picks him up before Captain could retrieve it.

Bane prepares himself to break Captain’s back, just like broke Batman’s in the Knightfall storyline.
Before Bane could break his back, the shield came back and knocked out Bane. 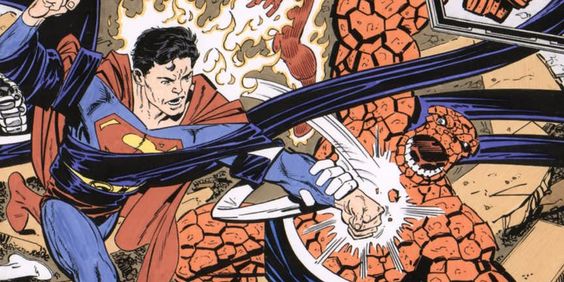 Fantastic Four realizes that they can’t take on the powerful duo and retreat. Superman snaps out of Galactus’ control after seeing the destruction caused by the fight. He again joins Fantastic Four to stop Galactus. 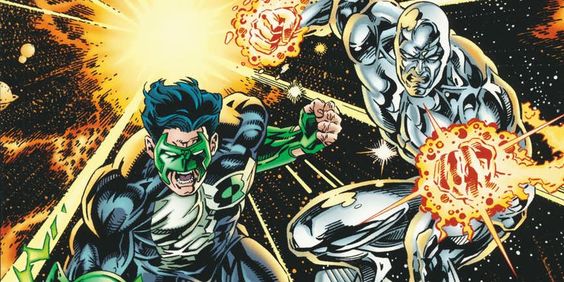 Green Lantern teamed up with The Silver Surfer to face Parallax and suddenly the two find themselves facing each other.
The issue prior to DC vs Marvel saw them charging towards each other, causing a huge green explosion.
Silver Surfer came out from the aftermath of the explosion and this fight is something that he regretted all his life. 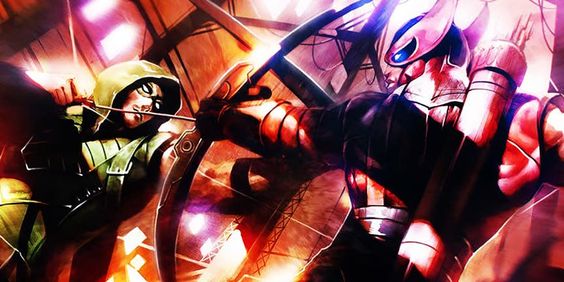 This wasn’t exactly a face-off between the two marksmen but this is the closest we would ever get to watch the two against each other.
This happened in JLA/Avengers, where Hawkeye and Iron Man go to Smallville to retrieve the Casket of Ancient Winters. They are interrupted in their search by Green Arrow and Captain Atom, who was looking for the same Casket. Iron Man and Hawkeye however easily defeated the two. 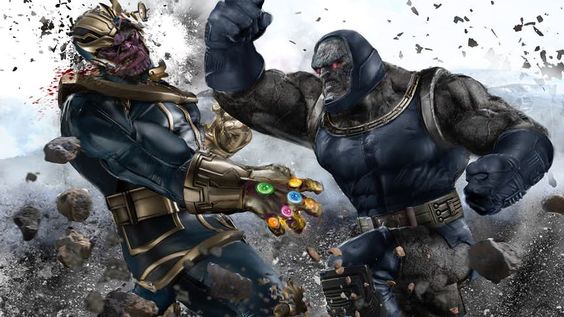 This was about the two baddest villains in the universe going against each other in DC vs Marvel crossover. They wanted to face each other for the sake of it because Darkseid felt that Thanos is simply a ripoff of himself.
Unfortunately, this fight didn’t get a conclusion it deserved but it’s at least nice to see the two face off against each other. 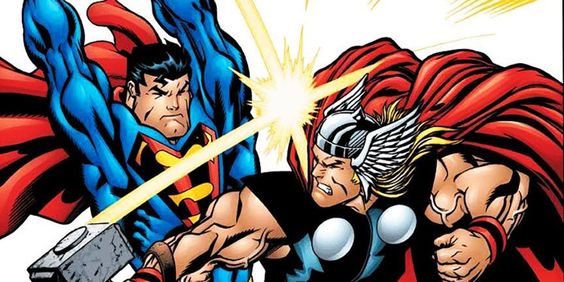 Thor and Superman crossed each other’s way during the JLA/Avengers crossover and this is a battle to remember for ages. Both powerful beings were evenly matched but the deciding factor of the battle was Thor’s hammer, Mjolnir.
Thor swung the hammer at Superman who, to Thor’s surprise, stopped it and pushed it back at Thor. Superman then stood over Thor with his hammer in his hand. Superman was badly injured but was the decided victor of the match.