Comic books are full of various ferocious characters which leave the reader often mesmerised. It’s a world full of powerful and magical alien creatures and superheroes. All the comic book universes have their own supernatural universes and if we talk about DC, the most well know among all is the Justice League Dark, which featured few of the most popular magical heroes teaming up to battle against the supernatural forces. Some popular examples could be John Constantine, Swamp Thing, Deadman and Zatana.
These characters are often under appreciated and they don’t get the recognition they deserve so today we will tell you about 6 most powerful Supernatural DC characters. 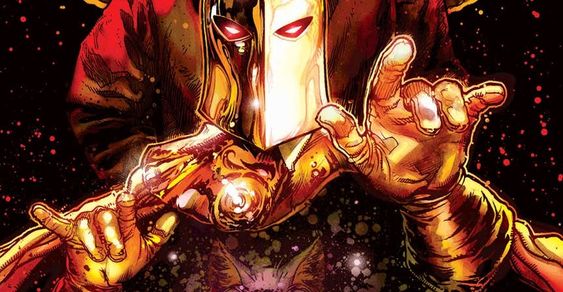 Kent Nelson aka Doctor Fate is among the most influential characters in DC who uses the Helmet of Nabu to see the future. He has an abundant knowledge of magic and knows how to use it against magical creatures. Fate can fly and even has super strength, telekinesis and a list of other powers.
Over the past, he has perished on numerous occasions and has again returned back to save the day.

He has been in contact with Doctor Fate, Hal Jordan and JL Dark on numerous occasions. While we don’t know much about his origins, he always had a major impact on most of DC’s supernatural heroes and villains.
He enjoys a contentious relationship with Spectre and also has a connection with Madame Xanadu and Pandora and his unknown origins make him a really powerful and dangerous enigma.

Spectre originally began as a spirit set on vengeance against criminals. It hosted the body of Jim Corrigan, a policeman whose acts of punishments have often been rated to overly destructive and is so powerful that he is often treated as a God-like figure in DC.
While he’s really powerful, he’s not indestructible and can be taken down using magical objects that are stronger than him. Though what makes him all the way more dangerous is his ability to override their magic and destruct the universe.

Raven is the half demon daughter of Trigon and possesses all the powers of his father but is cursed with the weaknesses of human beings. In order to keep her human side away, she must stay in control of her emotions and not let them overpower her.
She’s been a member of Teen Titans and has used her abilities for good. She has to keep her emotions in check but she can use her powers to feel the emotions of others and can see through people easily.

She’s a naturally gifted sorceress who learns to control her magic after her father gets possessed by dark magic. She’s a great friend to Batman and has often worked alongside Justice League though she belongs more to Justice League Dark.
Her powers aren’t always consistent and her abilities change according to the situation. She can cast spells, heal, control minds and shoot energy blasts too. Her true strength has never really been defined as her powers keep changing according to the circumstances. 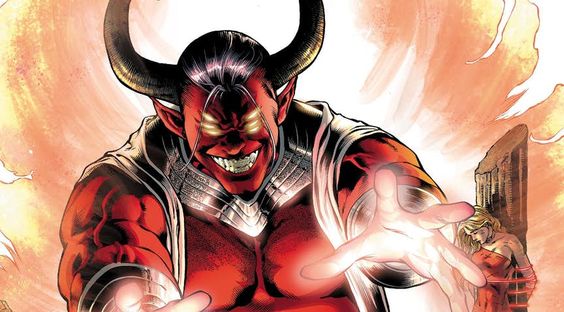 He’s a super villain with a simple plan: attack, enslave and take over the planet. Trigon is terribly powerful and is often indestructible. He’s a master manipulator and can also create fake illusions to distract enemies.
Trigon’s only weakness is her daughter and he’s often defeated by Raven but he always finds a way to come back and wreak havoc on Earth.