For Asgardians, the battle is a fact of life. In Valhalla too they spend their afterlife going into battles with their kin and friends. So, it is quite obvious that Asgard would have some quite a state-of-the-art weaponry and equipment in the Marvel Universe. While Thor, Asgard’s greatest hero shares a special relationship with Mjolnir, his hammer, it was destroyed when Jane Foster threw it into the sun to stop Mangog. Even in the MCU, Mjolnir is no more.

Lucky for our very own God of Thunder, Odin has some pretty cool(and extremely) strong weapons in his Vault. Some of the weapons have been shown in the MCU so, it may not be foolish to hope to see more of them. We came up with a list of 6 weapons that could replace Mjolnir 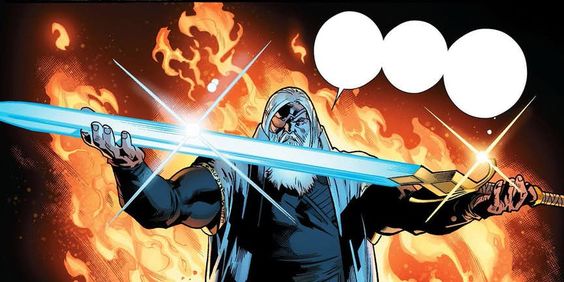 Although Odinsword is a name associated with a lot of the weapons of Odin, the first to be called so was the Over Sword of Asgard. This sword, if unsheathed, would be the “end of all universe.”

However, in Fear Itself, Odin presents Thor with a sword claiming it was actually named “Ragnarok”, the “end of all things.” This was supposedly the only weapon that could take down Cul Borson, the villain of Fear Itself. Arguably, this weapon is too OP for the MCU. 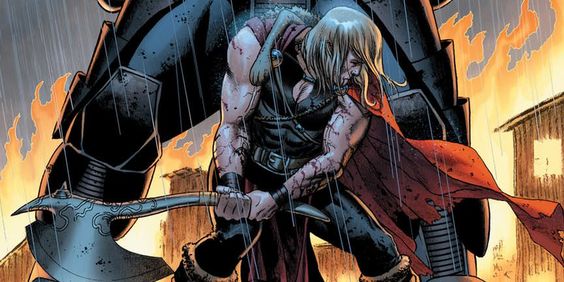 Before Thor wielded Mjolnir, he used Jarnbjorn, a battleaxe forged by Dwarves. Thor took up Jarnbjorn again when he could no longer use Mjolnir.

When facing off against Apocalypse, Thor used Jarnbjorn after blessing it with his own blood, giving it power over Celestial armour. 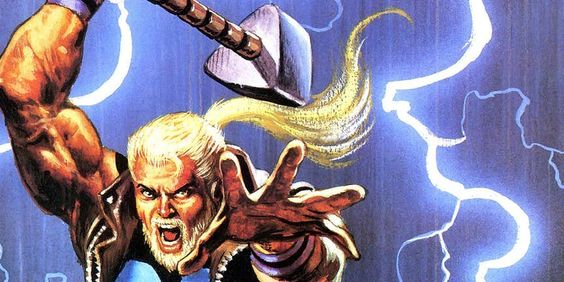 It makes sense to replace Mjolnir with Thunderstrike for the simple reason that it has already done so once. It was made by Odin for Eric Masterson. The enchanted mace is very similar to Mjolnir and is made out of Uru too. Just like Mjolnir, it too can only be lifted by the worthy. 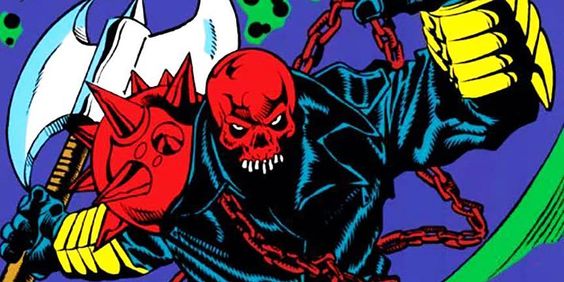 The Bloodaxe belonged to the Executioner and was tainted by his evil. This taint would curse any who would pick up the axe, making them turn into bloodlust-driven psychos. When Jackie Lukus ended up picking Bloodaxe, he became the vigilante, Bloodaxe.

Bloodaxe could, theoretically, be more powerful that Thunderstrike, which is equally strong as the Mjolnir. Of course, we don’t want MCU’s Thor to be cursed, we would love to see him overcome the temptations of the weapon.

Odin’s spear Gungnir is one of the most powerful weapons in the arsenal of Asgard. Like Mjolnir, it is crafted out of Uru and will return to the owner after being thrown. One story states that it was forged out of sunlight as a gift to Odin by the Dwarves, while another states that it is from an Asgard destroyed by Ragnarok. Odin uses it as a symbol of strength and unifying power. 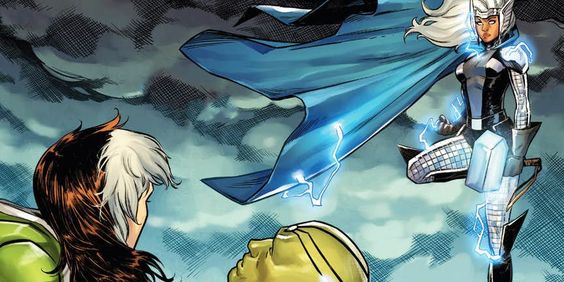 Created by Loki and given to Ororo Munroe(Storm), Stormcaster made her the Goddess of Thunder. Once she realised that Loki had manipulated her into picking it up, she immediately gave it up.

Years later, Thor himself presented her with the hammer. They then fought each other, but Storm tried to destroy Stormcaster with Mjolnir. Despite it looking like the hammer had been destroyed, it reappeared in the ruins of Old Asgard and events led to Storm reuniting with it.