Supervillains have always been an essential part of a good comic
book movie, but now the villains will be taking the spotlight in
upcoming movies. Among a number of comic book movies in
development, many projects will focus on everyone’s favourite
supervillains. Finally, audiences will have the chance to feel validated
in liking the sympathetic villain more than the hero. Although these
well-known antagonists have received a lot of attention in the comic
books, movies focusing entirely on the villains are a new and growing
trend among Marvel, DC, Sony, Fox, and others. These movies will
move away from the origin stories and adventures of crime fighters
to instead tell the darker stories of super powered criminals,
including their twisted beginnings. Fan favourites like Harley Quinn,
The Joker, and Death stroke will be embarking on their own
cinematic adventures. Villains who have rarely appeared onscreen at
all, such as Mysterio and Kraven the Hunter, may also be getting a
film treatment in the coming years. Here are the 6 Supervillain
Movies in Development (And 4 That Are Rumoured). 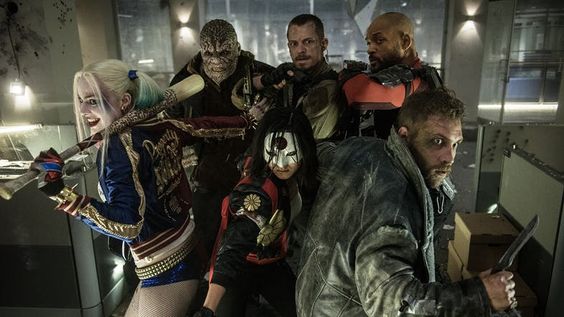 Although it met a lackluster critical response, Suicide Squad was enough of a
box office hit to warrant a sequel.

The DCEU’s antihero team will likely be back in 2019, with filming reportedly
starting this fall. Not much is known about the sequel yet. Dead shot is

confirmed to return, and Harley Quinn, Rick Flagg, Captain Boomerang, and
The Joker are rumored to appear. The first Suicide Squad was rushed into
production with little time to prepare the script, and it showed in the final
product. Suicide Squad 2 has already passed through several writers in
development, which will hopefully help avoid the weak points of the first
movie. Gavin O’Conner is writing and directing in place of David Ayer from the
original. Joel Kinnaman, who plays Rick Flagg, has also said the tone of the
sequel will be more grounded in reality. 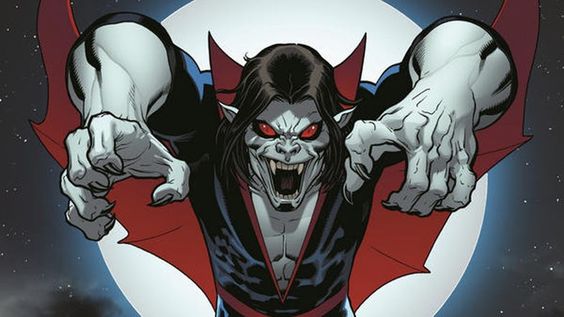 Morbius the Living Vampire is another project rumored for Sony’s villain line-
up. Morbius is a Spider-Man villain and antihero who began as a famous
biochemist trying to cure a blood disease, but accidentally turned himself into
a pseudo-vampire during his experiments. Power Rangers writers Burk
Sharpless and Matt Sazama have written a script for a Morbius project, which
was reportedly in secret development at Sony. There’s no official comment
from Sony, and there are no details yet about the production beyond the
script. Morbius would follow up Venom and Silver & Black once those movies
get off the ground. The future of the project will probably depend on the
performance of the villain films before it. Since this project is still down the
road for Sony, it likely would not hit theaters for another couple of years. 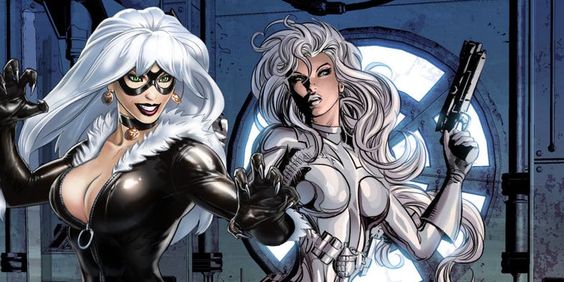 Silver & Black will be following up Venom in Sony’s villain line-up. The movie
will feature notorious thief Black Cat teaming up with mercenary Silver Sable.
The project is directed by Gina Prince-Bythewood, who explained, “I wanted to
tell the story of two damaged women who are at war with each other, but
need each other to survive.” Rumors suggest that the villain of the movie may
be Mendell Stromm, also called Robot Master. The movie may also feature the
villains Scorpion, Tarantula, Tombstone, and Chameleon, as well as Silver
Sable’s mercenary squad Wild Pack. Silver & Black was slated to release next

February, but filming is currently delayed indefinitely while the script is
reworked. This may push the project back to a later release date, especially as
no casting has been announced. 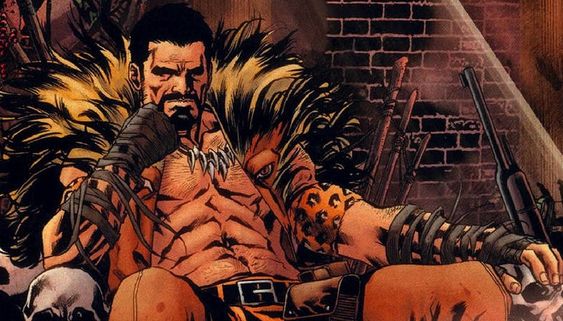 Kraven the Hunter may be joining Sony’s villain slate with Venom, Black Cat,
and Silver Sable. Kraven is a long-time enemy of Spider-Man, a big game
hunter who moved to hunting superheroes. Sony chairman Tom Rothman
mentioned Kraven the Hunter in an interview while discussing potential spin-
offs. The mention suggests that Sony has plans for the notorious hunter.
Kraven the Hunter may be in development to follow Venom and Silver & Black.
Studio officials seem unwilling to confirm or deny the existence of the project.
Columbia Pictures president Sanford Panitch would not comment either way,
but did say he was a fan of Kraven. He added, “He’s an awesome character.
Let’s just leave it at that.” Kraven is not usually a sympathetic character like
other villains rumored to have their own movies, which could provide a twist
on Sony’s villain series as it continues.

As Shazam is finally joining the DCEU, his archnemesis Black Adam will also be
hitting theaters in his own movie. Dwayne “The Rock” Johnson has been cast
as the villain-turned- antihero, and production seems to be moving along
smoothly. Johnson expects Black Adam to start filming next year, likely to
follow on the heels of Shazam! Adam Sztykiel, who recently co-wrote the
Dwayne Johnson vehicle Rampage, is signed on to write the script, and
Johnson stated he was impressed by his take on the character. However, the
solo movie may not be Black Adam’s first appearance in the DCEU. Johnson
also hinted us that he will be making an appearance in the earlier movies,
possibly in Shazam or Suicide Squad 2. He won’t be the primary antagonist of
Shazam, though, although they may go up against each other in a later movie. 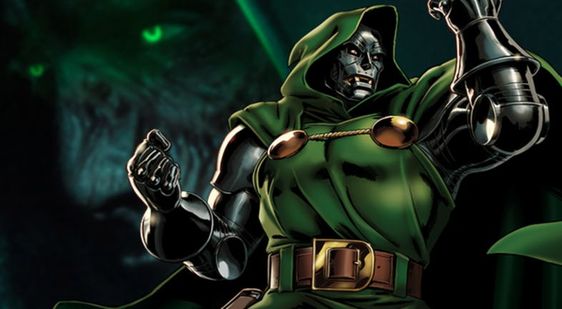 Doctor Doom puts the beloved (and feared) Fantastic Four villain on center
stage. The project is led by Legion creator Noah Hawley, who revealed plans
for the movie at Comic-Con. The project was reported to be in development at
Fox, but may be affected by the Disney-Fox merger. Hawley states that he has
not been contacted about Doctor Doom, but plans may move forward once the
deal officially goes through. The future of Victor von Doom’s solo adventure
will hinge upon Marvel’s plans for the franchise. However, it’s possible that
Marvel will continue a solo projects with one of Marvel’s most popular
antagonists. Hawley has some ideas for the movie once it’s green-lit. He wants
Doctor Doom to be like Winter Soldier, a film that mixed superhero adventure
with political thriller. He intends for Doctor Doom’s movie to be a mixture of
genres that asks whether Doom is a hero or a villain. 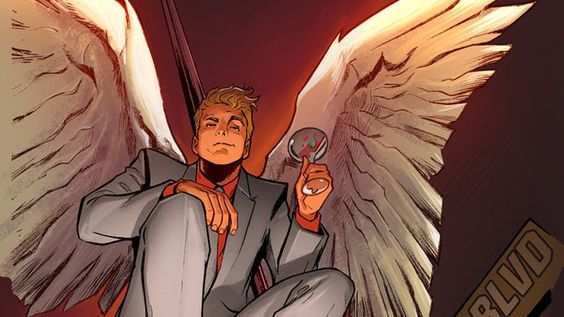 Lucifer is among a number of Vertigo Comics properties rumored to be in
development at New Line Cinemas. Lucifer was introduced in Neil Gaiman’s
Sandman series and eventually got his own spin-off. In the comics, Lucifer
abandons his lordship of Hell to come to Earth. Sandman, Lucifer’s parent’s
series about the world of dreams, is also reportedly in development. Sandman
may be the first of the Vertigo projects to premiere with Lucifer possibly
following it.
While Warner Bros. has its hands full with main DCEU movies, they moved the
Vertigo projects to New Line, which had more freedom to develop the comic
book adaptations. Gaiman’s take on the Lord of Hell was also used for the TV
series Lucifer running on Fox, and it’s unclear how the series might affect the
rumored movie development.

3. IN DEVELOPMENT – HARLEY QUINN AND THE JOKER 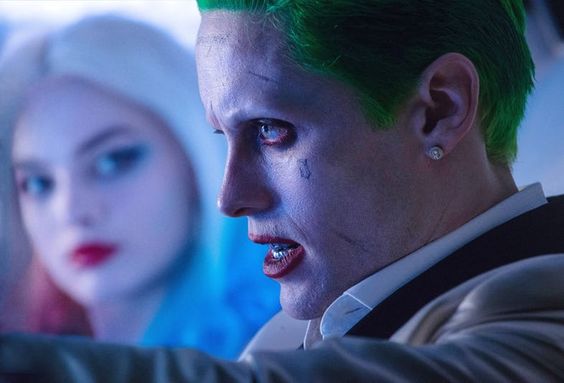 Although there are many Harley Quinn projects in the works, it would be a
great omission to not show Harley with the Joker where her character began. A
Harley Quinn and Joker project is also in development, reported to be
tentatively titled Harley Quinn vs. The Joker. Later reports state this will be
more of a twisted love story between two criminals. Margot Robbie and Jared
Leto are slated to return for their roles. Glenn Ficarra and John Requa are in
negotiations to write and direct the movie. The Harley Quinn and Joker project
may also be on the fast track to production along with Suicide Squad 2. This
may be the first of the DCEU Harley Quinn spin-offs to come out in theaters.
More news may result from this as Suicide Squad 2 gets further along.

2. IN DEVELOPMENT – THE JOKER 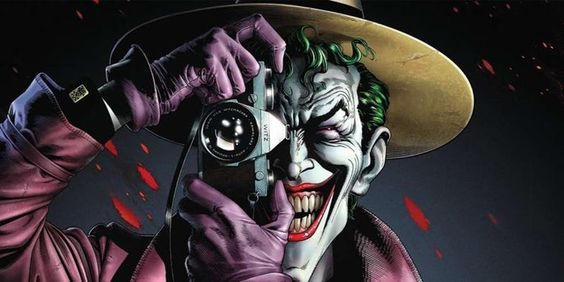 While the DCEU continues to grow and plans to utilize Jared Leto’s Joker more,
Warner Bros. is also planning an entirely separate Joker origin movie. The
origin story will not be attached to the DCEU and will feature a different Joker
from Leto. This separation will allow the writers to take a different twist on the
Joker. They won’t be beholden to DCEU continuity for this story. Rumors
speculate that the movie will be set in the 1980s. The Joker’s origin film seems
to be a faster track than some others in development with DC. Todd Phillips is
lined up to direct the movie, and Scott Silver is writing the script. Martin
Scorsese may even be producing the movie, though his involvement is not yet
certain. Though it’s a strange move, it may be one way for DC to expand the
Joker’s role without Leto, who has proved controversial in the part. 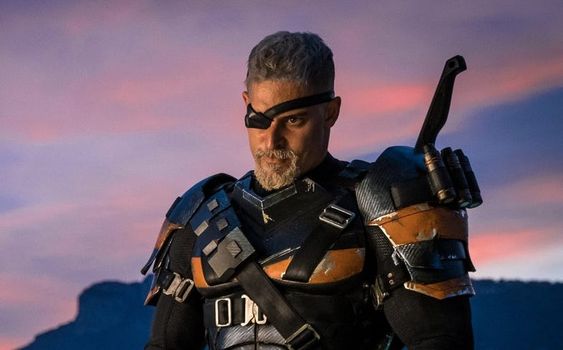 Deathstroke has long been one of DC’s most popular villains. His near-
legendary status in DC comics makes a standalone movie for the iconic
villain an easy choice. In the past few years, his pop culture status has
only been raised by Manu Bennett’s fantastic portrayal on Arrow. At the
end of Justice League, audiences got a look at the DCEU’s Deathstroke,
who will reportedly star in his own movie. This version of Deathstroke
will be played by Joe Manganiello. He confirmed the Deathstroke movie

is in development, though he was unable to say anything else about it.
His solo movie may still be a long way off, though, as DC’s heroes take
precedence. However, Death stroke is unlikely to go to waste within the
DCEU now that he has been introduced.

So are you excited about any of these projects?