There’s hardly anyone who has stood the level of Doctor Doom when it comes to villainous acts. He’s an evil genius with a blend of science and magic who could be often impossible to defeat. He’s both scientifically and mystically advanced and wears an armour which can even make Iron Man’s armour look pale.
Doctor Doom has now finished his role as the Infamous Iron Man, the legendary Doctor Doom wouldn’t be far behind. He’ll be coming back in his classic look and today we will tell you about 6 weird secrets about Doctor Doom’s armour. 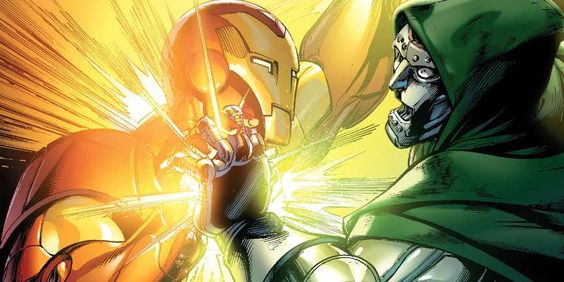 If we compare the two armours, Doctor Doom’s armour stands out as the winner. After Civil War II, Doctor Doom took up the role of Infamous Iron Man after Tony suffered with fatal injuries. And well, his own armour comes out as more durable than Iron Man’s himself.
The armour is made of durable high strength titanium alloy which was enhanced by Tibetan Monks. Iron Man always makes his suits with a different task but it’s revealed in the Officials Handbook of Marvel that Doom’s armour is more durable than Tony’s. 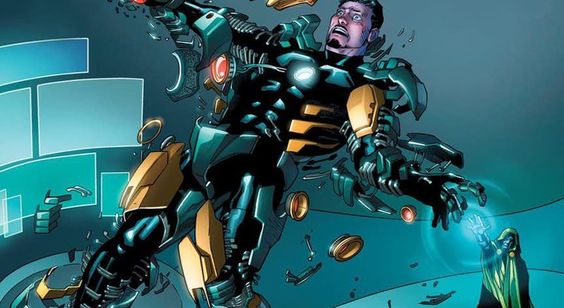 There have been various enhancements added to Doctor Doom’s armour over the years which gives him an advantage during combat. He has the power to transport himself or anyone else, as a matter of fact, anywhere he wants as shown on numerous occasions in Infamous Iron Man.
He even adds cloaking devices to his armour which allows him to disappear easily from the human eye and tracking devices.

4. The Master Of Magnetism 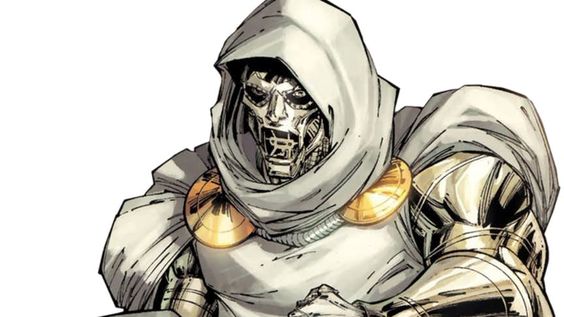 When we think about magnetism, the first thing which strikes us is Magneto but even Doctor Doom has built an electrical field into his armour which also includes a magnetic amplifier.
He used this ability to take guns out of children’s hands after the entire country of Latvia fell into disarray.
It seems like Doom can gain whatever power he wants to, in order to achieve his goals and controlling magnetism is definitely one of them.

Doctor Doom’s mask allows him various advantages over his opponents during a battle.
His mask has infrared scanners which allows him to see invisible people and rays and also has telescopic lenses that allow him to see things at long distances. The mask also includes ear amplifiers which allows Victor to hear almost everything.

2. Can Shoot a yellow mist

We saw Doom creating a clone of himself in Fantastic Four #199 in order to fool the people who had lost trust in him. His plans were spoiled by the Fantastic Four and this ultimately led to a battle between the clone and Doctor Doom himself.
The clone was really powerful with all the powers of Fantastic Four and was getting difficult to defeat until Doom used a yellow mist from his armour which made the invisible clone to appear and helped him to defeat the clone.

1. Invulnerable to Doom’s Other Weapons 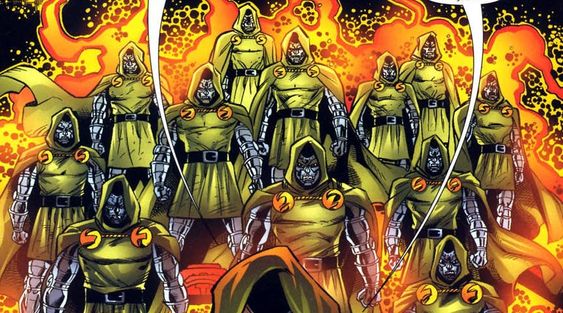 Doom Bots are one of the most effective weapon that Doctor Doom carries. Over the years, many have tried to take over his army and as a result to this, Doom created a failsafe in his armour to protect him from his own creation.
We saw this in Amazing Spider-Man #5 when Doom’s rays struck him but did not damage. It was then revealed that Doom always takes precautions against his own inventions.