There are several instances of couples who met on the set of a film or television show and fell in love, duos who went on to work together for decades, and on-screen pals who became best friends in real life. When you portray a character on a regular basis, the borders between roles and real life might become blurred. And when you collaborate on a piece of art for years, you may have a very special relationship. However, in other situations, the distinctions between reality and fiction — especially between two people — become even more pronounced. When the director says “cut,” the friendship and chemistry between two characters often fades, and it can even swing to the opposite extreme off-camera. To the dismay of viewers, it turns out that the actors who played some of TV’s most cherished pals actually disliked each other. However, the real-life tension between these two actors, who had to not only perform together but also appear as though they genuinely loved and trusted one other, produced a proving ground that demonstrated their acting abilities. 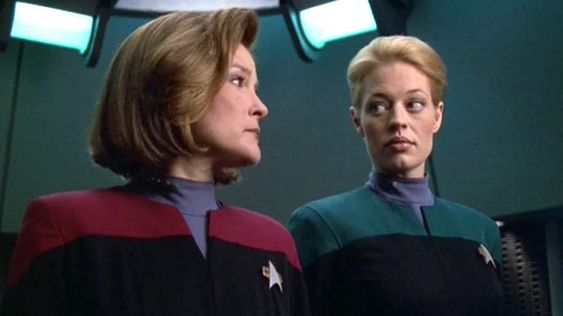 The fifth series in the “Star Trek” franchise debuted on American television in 1995, becoming a success for seven seasons — particularly in terms of gender-balanced casting and the portrayal of strong female characters. On “Star Trek: Voyager,” two of those characters become particularly close: Seven of Nine, played by Jeri Ryan, and Captain Kathryn Janeway, played by Kate Mulgrew. Seven of Nine appeared as a counterpoint to Captain Janeway in the same manner that Spock was to Captain Kirk in the original series. Their connection was intended to be tight from the start, with the two characters playing off one another. The two became confidantes and friends as the series proceeded. However, the tensions that emerged as a result of the introduction of newcomer Ryan in Season 4 resulted in a turbulent relationship between the two actors. According to executive producer Rick Berman, with the arrival of Ryan, the ratings skyrocketed, leaving Mulgrew in the (star) dust. In an interview with Woman’s World, he described a member of the press actually pushing through Mulgrew to get to Ryan. 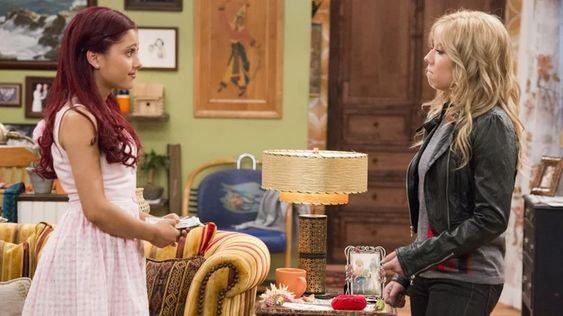 Though it appeared to be a match made in heaven, Jennette McCurdy and Ariana Grande’s friendship on “Sam & Cat” (where they each portrayed a titular character) had a lot more ups and downs than the two’s connection on TV screens Despite having a huge initial audience, the programme only lasted one season due to allegations of disagreement on matters ranging from money to personality. Following the show’s cancellation following a protracted production break, McCurdy not only departed the project, but also Nickelodeon. She conspicuously skipped Grande’s performance at the 2014 Kids’ Choice Awards. When Grande wrote an emotional parting message to the cast and crew, she made no mention of McCurdy. Ultimately, McCurdy’s beef was with the production and her salary, rather than with Grande herself — though she did admit to E! News that they would “butt heads” on site. However, according to McCurdy (Grande has not publicly commented), these squabbles were more sisterly than anything else. However, when paired with disagreements between McCurdy and the showrunners, the added tension did not result in a successful solution. 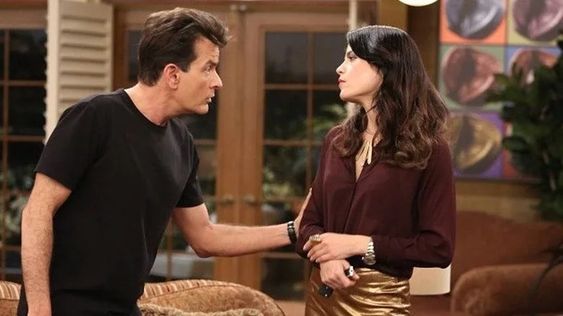 Charlie Sheen and Selma Blair portrayed great friends (sometimes with benefits) Charlie Goodson and Dr. Kate Wales in “Anger Management.” Off-screen, though, the story was entirely different. Blair was dismissed from the program through a text message as a result of their difficult relationship. Yep. It’s commonly acknowledged that sending bad news or breaking up by text is improper, but firing someone? That’s a completely different ballgame. There was a lot of rage leading up to the unceremonious expulsion. It all started when Blair expressed her worries to the show’s management regarding Sheen’s work ethic. The notoriously volatile celebrity was furious when these statements were leaked to the press, issuing a clear ultimatum to the producers: pick between him and Blair. Of course, as an executive producer and star of the program, Sheen was never going to be fired. Blair was intended to have a big role in the program as well, but nothing that could compete with Sheen’s position — or his rage. He not only texted her that her days on “Anger Management” were gone, but he also threw in a couple of nasty four-letter insults to boot.

3. Worst of both worlds: 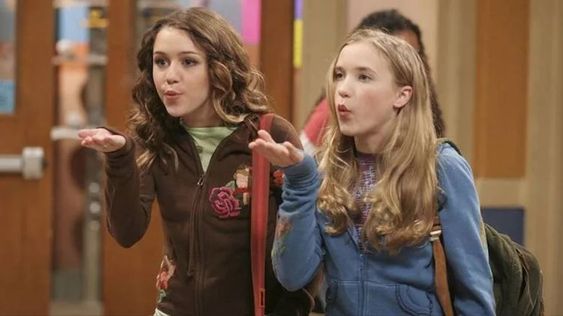 Emily Osment and Miley Cyrus’s connection (Lilly and Miley/Hannah on “Hannah Montana,” respectively) began strong, with Cyrus describing it as a sisterly closeness. In reality, they portrayed adopted sisters on-screen, and there are plenty of photographs of them hanging around off-screen as well. By all accounts, they were just as close off-screen as they were on. However, the relationship between Osment and Cyrus was a roller coaster, as we witnessed when Miley published her autobiography, “Miles to Go,” in 2009, just a year after the statements referring to Osment as a sister. In the book, Cyrus lamented the fact that the two of them “used to be buddies” but couldn’t get along on set the way their characters did. Years later, it appears that the roller coaster reached another high point, when the two virtually caught up with each other during the epidemic and reminisced about their friendship. They’re not as close as they once were, but things aren’t quite as heated either.

2. These two were anything but gleeful: 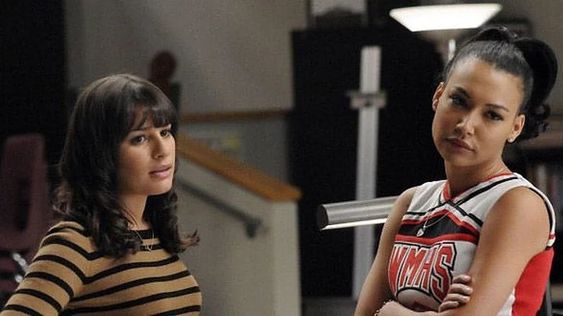 Naya Rivera and Lea Michele had a tumultuous relationship, much like the on-again, off-again pals they played on “Glee.” Rivera portrayed Cheerios cheering captain and Glee Club member Santana Lopez, and Michele portrayed the ambitious and talented Glee Club captain Rachel Berry. Rachel and Santana were initially bitter rivals on the programme. They acquired a reputation for their on-and-off connection during numerous times of conflict and reunion, with the two living together in New York City and displaying real concern for one another. In reality, nothing could be further from the truth. According to several accounts, a dispute on the set in 2014 culminated in one of them being kicked off set or storming away. In any case, Rivera’s character was written out of the “Glee” finale. Later, she said that their relationship had deteriorated to the point that they didn’t communicate for the duration of Season 6. Their personalities were “not a good match,” she added. However, following Rivera’s sad death, Michele paid respect to her co-star by sharing a photo of her beside a photo of her late lover and fellow “Glee” co-star Cory Monteith on Instagram.

1. Working on Castle was a royal pain: 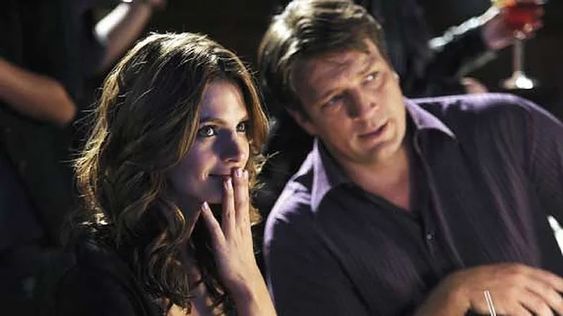 On ABC’s “Castle,” detective Kate Beckett (Stana Katic) and mystery novelist Richard Castle (Nathan Fillion) were great friends and star-crossed lovers, but the conflict between them grew so tense that Katic eventually left the show — a show where their characters actually married in the sixth season! Working so closely together while holding such hate must have been a nightmare, especially for Stana Katic. When filming was finished, she allegedly went into her dressing room and cried due of Fillion’s rudeness. The performers apparently “despised” one other and didn’t talk to each other outside of production for several seasons prior to Katic’s departure and the show’s eventual cancellation. According to Us Weekly, the actors were forced to attend couples counselling together at the show’s request – despite the fact that they were the farthest thing from a relationship, unlike their characters. However, it appears that it wasn’t enough to keep Katic on the show, and she was treated to a “harsh” exit without, according to her, any insight into the thinking process behind her dismissal.

So, yes, these are the 6 Television Pals Who Cannot Stand Each Other In Real Life. Well, the rivalry between these six amazing actors is a next level thing. I mean, I know they are seen as bff on-screen, but off-screen they can not bear to stand next to each other. There are many actors like them, but these six have a unique rivalry amongst themselves. So on who’s side are you among these 6? Do let us know your thoughts in the comments section below. For the time being, keep reading Animated Times, the perfect place to get a closer look at the entertainment industry, upcoming movies, TV series, celebrity gossip, and much more. We’ll have you covered. Keep reading animated times, guys, for more.