There are six Infinity stones: Space Stone, Power Stone, Mind Stone, Reality Stone and Soul Stone. These stones have played key roles in the MCU over the last decade and has finally brought in the Mad Titan, Thanos into the MCU with Infinity War where he succeeds in wiping out half the universe with just a snap of his fingers.
The Infinity Stones are clearly a big deal and can make a being powerful beyond reason but there are instances where Marvel just couldn’t adapt the mythology which revolved around Infinity Stones in the comics well and with this, we bring out 6 things that made no sense about the Infinity Stones. 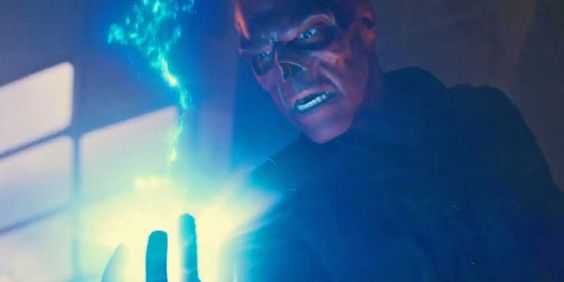 In Captain America: The First Avenger, Red Skull gets his hands on the Space Stone, which was still in the Tesseract from a small village in Norway. But the question is that how did it reach there in the first place?
Not only does this require a lot of explanation about how Odin failed to retrieve it back and we are sure that Heimdall, who has the sharpest eyesight in all the nine realms could’ve easily tracked down the Space Stone on Earth. 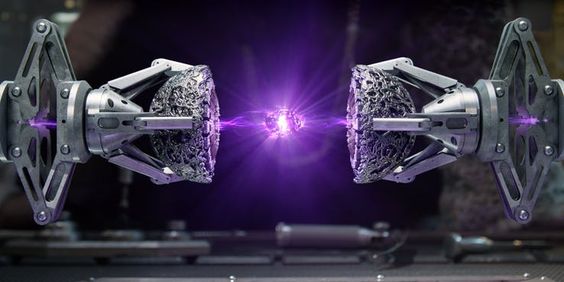 We saw Avengers losing to Thanos towards the end of Infinity War, with half of the heroes already wiped out, Thor does come really close to saving the day by embedding his new axe, Stormbreaker into Thanos’ chest. It almost takes away Thanos’ life but the Mad Titan somehow manages to heal the wound using the Stones.
But shouldn’t the Power stone make him really strong that no one could even touch him? Or the Reality Stone to keep himself away from attacks? 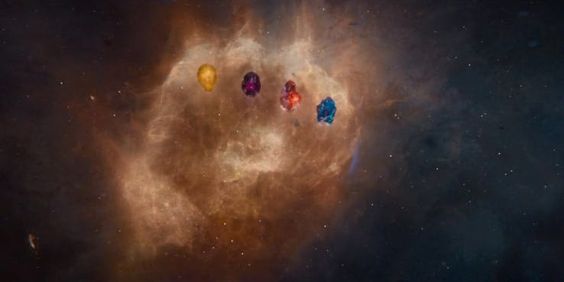 According to the MCU, there are six Infinity stones, compressed into a rock like form which dispersed in the universe after the Big Bang.
So how come all the stones end up in our galaxy? Looking for these stones in the cosmos is like finding a needle in the haystack but it sounds really weird that all the stones ended in the same Galaxy after the massive explosion.

3. Their power levels are generally inconsistent. 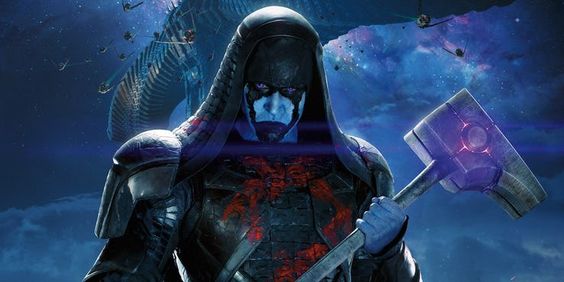 MCU has constantly adjusted the power levels of Infinity stones to suit the given storyline, which is ridiculous because their power levels keep changing according to the film’s storyline.
For example, Power Stone is shown dangerous enough to destruct the entire planet of Xandar in Guardians of the Galaxy but it’s energy blasts can’t even penetrate Iron Man’s shields in Infinity War!

2. Thanos Struggles against Avengers while he wields 5 Infinity stones 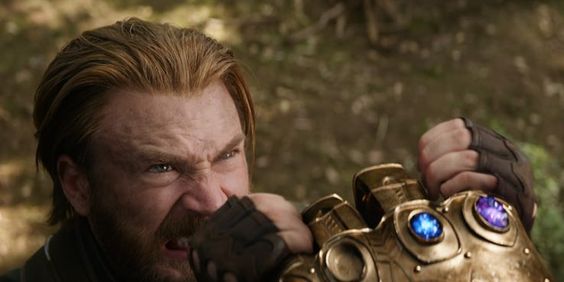 There’s no way Thanos should’ve struggled so much against the Avengers once he possessed the Infinity stones. He had the Power and Time Stone throughout the entire movie and then goes on to add Reality, Time and Mind stones and there was no way that Captain America could stand a chance against him.
The Power Stone alone is so powerful that it can destroy planets and this brings us to the conclusion that either Infinity Stones are too overrated or Thanos is incompetent.

1. How does the collector know the Infinity Stones’ Origin Story 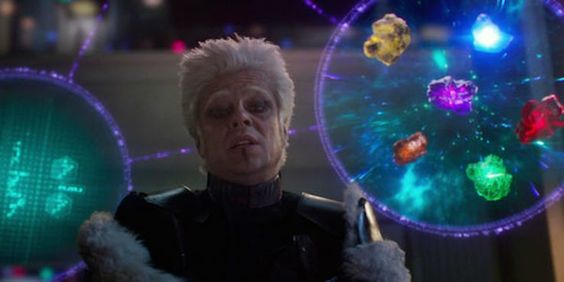 According to the comics, the Collector is really old and has lived through billions of years. The big screen adaptation of the character was similar and maybe that’s how he knew about the origins of the Infinity Stones; how they were scattered around the universe in the form of six singularities in the universe that proceeded ours.
But if you think about it, it makes no sense, unless the Collector shown in the MCU is older than his comic book counterpart. Yet, we see him stating this information in the form of facts and not speculation. Doesn’t make much sense, does it?