It’s difficult to overestimate Robin Williams’ influence, since “impact” is the appropriate word for his comic approach. In his stand-up, he flung jokes at the crowd at breakneck speed, parading between personas and voices without pausing for air, and ending his show soaked in a combination of his own perspiration and three bottles of water. As an actor, he could reach heartbreaking honesty, as in his Oscar-winning performance in Good Will Hunting, or he could clown his way through complete dreck. Williams struggled with despair and addiction away from the stage. In the comic world, he was both admired and loathed for stealing jokes, a claim Williams readily confessed to. He was honest about his shortcomings, and he was adored by his friends-and audiences all around the world. Here are a few facts about Robin Williams that you may not have known. Let us know which of these facts truly astounds you in the comment section below.

6. While Steven Spielberg Was Filming ‘Schindler’s List,’ Williams Called Him Once A Week To Cheer Him Up: 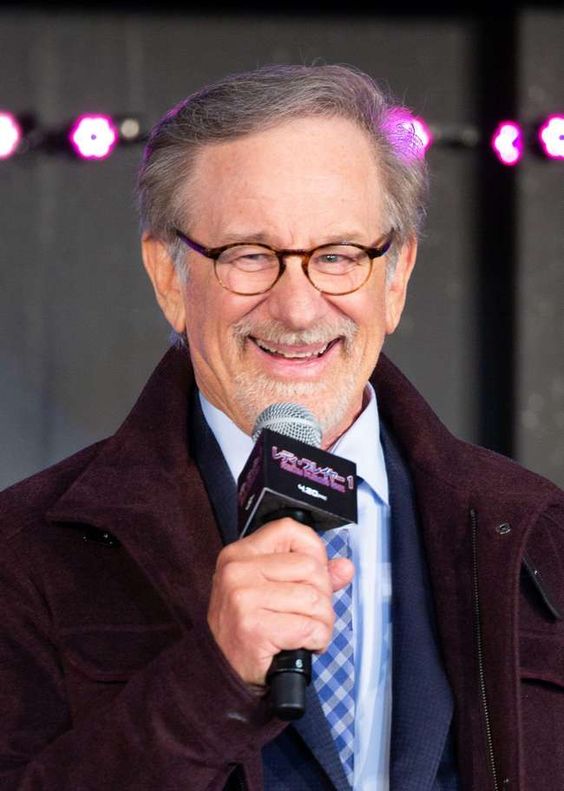 Schindler’s List is a devastating film about a horrific moment in global history, and the filming took a toll on filmmaker Steven Spielberg emotionally. The filmmaker said in 2018 that he and Williams had a weekly phone conversation that helped him relax: “Robin knew what I was going through, and once a week, Robin would call me on schedule, and he would perform 15 minutes of stand-up on the phone.” I’d burst out laughing because I needed to let go of so much.

5. It Was His Dementia, Not Depression, That Ultimately Caused Williams To Take His Life: 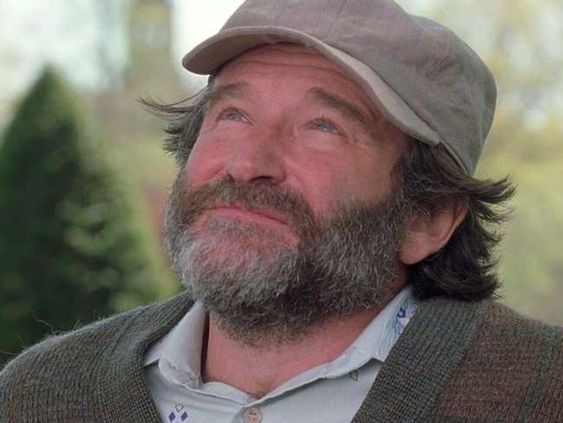 Robin Williams was outspoken about his depression throughout his career, and when he committed suicide in August 2014, many sources assumed that it was the result of his sadness. Unfortunately, this was only one of the factors that contributed to his death. Williams, in reality, had a neurological disease known as Lewy body dementia, sometimes known as dementia with Lewy bodies. After Alzheimer’s disease, it is the second most prevalent kind of dementia. Debilitating symptoms include “fluctuations in mental state, hallucinations, and impairment of motor function.” According to Susan Williams, the comedian’s wife, the condition began to emerge a year before his death and rapidly ate away at his mental state. Susan revealed in an interview that the guy she loved was “simply dissolving” before her eyes. Director Bobcat Goldthwait, a friend of Williams’, realized this as well. “I saw his dementia firsthand,” Goldthwait added. “You know, he digests things in such a different way…. He was irritated with himself as he tried to memorize lines and other things. This was something that was wreaking havoc on his mind… ” Williams was diagnosed with Parkinson’s disease three months before his suicide, and the coroner didn’t certify he had Lewy body dementia until three months after his death. Susan stated that Williams had lost 40% of his dopamine neurons and that his situation was “one of the worst pathologies [his physicians] had encountered.” If he hadn’t committed himself, Williams was expected to survive for three years at best, in deteriorating condition.

4. When Christopher Reeve Was In The Hospital, Williams Pranked Him By Pretending To Be His Proctologist: 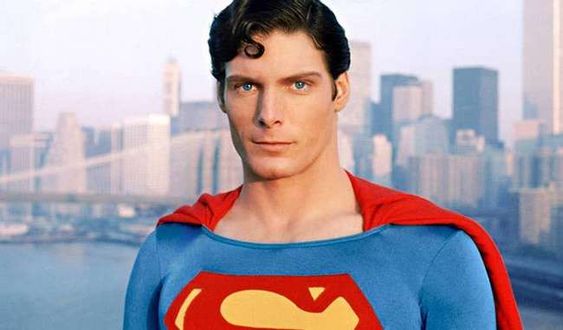 Williams was the first person to arrive at the bedside of star Christopher Reeve when he was crippled in a horseback riding accident in 1995. The two were Juilliard classmates in the 1970s and remained close friends over the years. Williams arrived in medical scrubs pretending to be Reeve’s proctologist as Reeve was awaiting a hazardous surgical operation to reconnect his skull and spine. Despite Williams’ Russian accent, it didn’t take long for Reeve to figure out the joke. “He came here one day and simply said — thank God I’m wearing a seatbelt in this chair or I’d have fallen out laughing,” Reeve recalled. Reeve’s family issued a statement shortly after Williams died in 2014, stating, “Robin’s visit to our father’s hospital room following his accident was the first time Dad really laughed. “My old buddy had let me believe that somehow I was going to be okay, ‘dad later remarked. ”

3. Williams Wanted To Play Hagrid In ‘Harry Potter’ – But Was Turned Down Because He Was American: 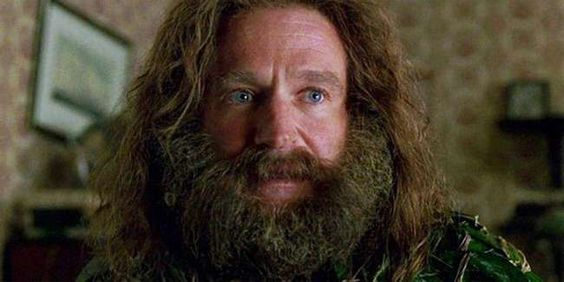 As the production of Harry Potter and the Sorceror’s Stone began, Robin Williams was excited about playing Hagrid, the friendly, half-giant groundskeeper of Hogwarts. Unfortunately, the producers had set a “Brits-only” casting requirement. “Robin had phoned because he really wanted to be in the movie, but it was a British-only edict, and once [director Chris Columbus] said no to Robin, he wasn’t going to say yes to anybody else, that’s for sure,” casting director Janet Hirshenson told the Huffington Post. It can’t be. ”

2. Williams Admitted He Stole Jokes And Paid Comedians To Use Their Material:

Stealing a hallmark joke is considered the greatest sin in stand-up comedy by many performers. Robin Williams was accused of being a frequent joke stealer in the comedy world, although comedians disagreed about how deliberate this was. Some believe Williams would travel to comedy clubs with the intent of stealing other comedians’ material, while others claim Williams soaked up comedic pieces like a sponge and would repeat them while going on improvised tangents. In a 2010 interview with Marc Maron, Williams acknowledged the latter: “I believe in the old days… if you hang around in comedy clubs, when I was doing it nearly 24/7, you hear stuff, and then if you’re improvising, you repeat it and go, “Oh s***…” That was how my mind was operating. When comedians confronted him about copying their jokes, Williams apologized by paying for them. “I was also like the humour bank,” he explained to Maron. “Like, ‘Oh s***, here you go, here’s some cash, I’m sorry!”

1. Williams Didn’t Like How Disney Marketed ‘Aladdin,’ So They Gave Him A Million-Dollar Picasso To Make It Up To Him: 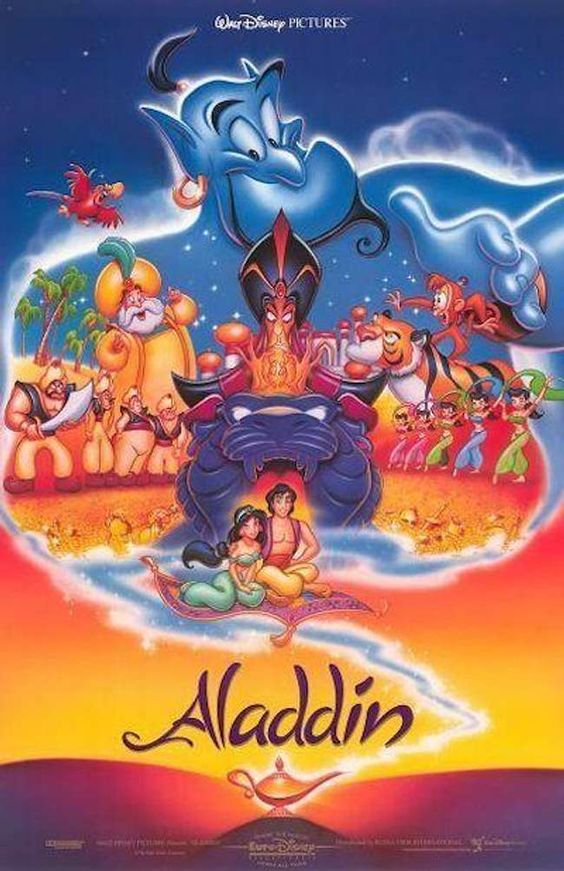 Robin Williams earned around $8 million for each picture in the 1990s. In Disney’s Aladdin, this was not the case. The well-known comedian and actor agreed to work for scale ($75,000) on the condition that he not be prominently featured in the promotion of the 1992 animated film. As Williams stated on the Today Show, “we had a contract.” I only stated that I would perform the voice. I’m doing it mostly to be a part of the animation tradition. I’d like to do something for my children. One thing is that I don’t want to sell anything — not Burger King, not toys, not anything. However, Disney did utilize Williams and his persona in its advertising, and the picture grossed more than $500 million worldwide. Williams was irritated by the incident and gave many interviews in which he chastised Disney for breaking their contract. “They went over the line,” he added. Disney representatives, on the other hand, claimed that all of their marketing was approved by Williams and his wife. In any event, Disney wanted to make things right by giving Williams a $1 million Pablo Picasso artwork. Eric Idle, a Monty Python member, urged Williams to “burn the Picasso live as a kind of protest.” Disney and Williams ultimately reconciled, and Williams returned to the Aladdin franchise to play the genie in 1996’s Aladdin and the King of Thieves.

So, yeah, these are 6 Things We Just Found Out About Robin Williams That Made Us Say, ‘Really?’. Well, these 6 things about Robin Williams that we found really made me say really. What do you guys think about Robin Williams as an actor? Do let us know in the comment section below. Have a look at the facts in the list above and do let us know your thoughts on these moments in the comments section below. Till then, keep reading Animated Times, the perfect place to get a closer look at the entertainment industry, upcoming movies, TV series, celebrity gossip, and much more. We’ll have you covered. Keep reading animated times, guys, for more.