The best thing of Marvel scenes is that they usually show some intense fights or some amazing set pieces. But the most amazing moments are the mind behinds the Marvel Cinematic Universe that can take the boring exposition scenes in action movies and turn them to some amazingly entertaining scenes.
Usually the trick is to make the lines delivered by any one of the MCU’s famous actor; but not always.
Here are some of such scenes.

1.  The School News Broadcasted The Blip In “Spider- Man: Far From Home” 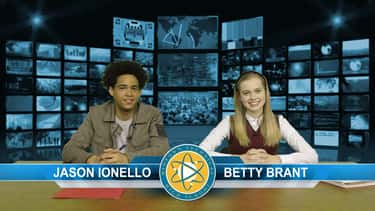 MCU is a serialized universe and Spider- Man: Far From Home has done some amazing job of making sure that the viewers were up to date on the events of Avengers: Endgame.

2. Luis Recounted The Previous Movie’s Plot In “Ant- Man and the Wasp”

Luis is Scott’s friend from prison in Ant- Man and is a hilarious character and made every scene he is quite funny but his most memorable scenes are the ones where he’s telling the stories. And so it definitely made sense when The Ant- Man and the Wasp went on to choose to use him to recollect and tell the viewers the events of the first film. 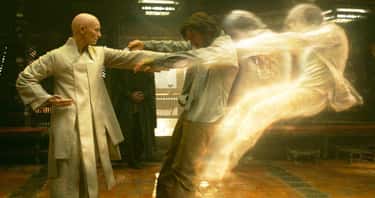 Stephen Strange did everything possible to cure his damaged hands, and that is when he ended up in Kamar- Taj where he met the Ancient One. He is served a cup of tea and she keeps him on his toes explaining how she healed Pangborn.
While Strange tries hard to guess what she uses as her medical technique, she keeps on offering some vague pieces of exposition on how she does it.

4. Miss Minutes Explaining How The TVA Works In “Loki”

Loki was burdened with a lot of sci-fi explaining to its audiences so that the show could make some amount to sense. But luckily, Loki has Miss Minutes whose job was to “catch you up before you stand trial for your crimes.”

5.  The Collector Explaining The Infinity Stones In “Guardians Of The Galaxy” 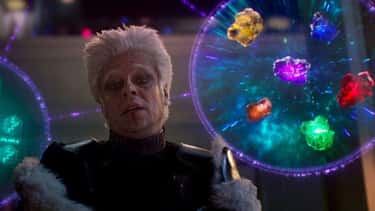 The Collector is one of the most interesting characters to watch in the MCU. In the Guardians of the Galaxy, the Collector is tasked with pulling off the first real explanation of the Infinity Stones and del Toro has done splendid job doing it.
The scene was enriched with some amazing visual aids showcasing what Collector has been describing and it even gave us the first every look at Celestial in action.

6. Zuri Explaining The History Of Wakanda In “Black Panther”

The scene where T’Challa confronted Zuri about his family’s real history was one of the most emotional scenes in the MCU. This particular scene turns exposition into a very meaningful story. As it turned out that T’ Challa’s father had killed his own brother after the latter attempted to stage a rebellion. Of course Chadwick Boseman’s acting added some incredible depth to the scene, as Black Panther is extremely distressed by this piece of information.