Novels, DC Comics, Valiant and a host of other publishers have their own version of the living suit. We trawled through a host of these suits’ appearances to get you our list of the 7 most powerful living suits across platforms. 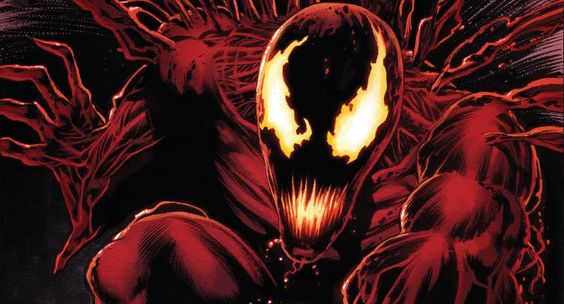 As the name suggests, Venom’s first offspring Carnage is an absolute destructive force who came into existence during a prison break. A small portion of Venom symbiote is left behind ends up bonding with the insane, homicidal maniac Cletus Cassidy. The bond between the symbiote and Cletus was much stronger than the one between Venom and Eddie Brock.

Originally, he was so strong that Spider-Man could not defeat him. He had to enlist the help of Venom to bring down Carnage. The two end up defeating him and he is thought destroyed. But Carnage returns eventually to cause carnage in the Marvel Universe. 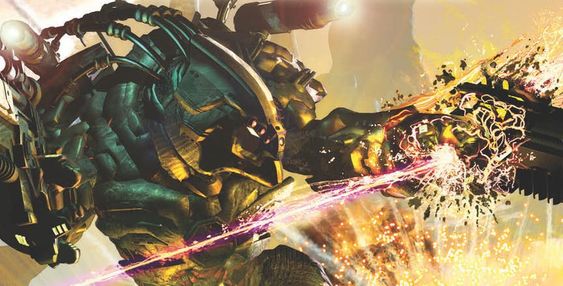 Although not the most famous, you should definitely check out Karin Lowachee’s “Nomad.” It introduces readers to a special, armoured, battlesuit named Radical Two but referred to as Mad. The sentient suit is sad after the death of her host, Tommy but instead of merging with another human, she links up with an inexperienced kid. Mad possesses a huge arsenal of weapons, including heavy assault guns and grenades. When it bonds with a human, Mad becomes unstoppable and impossible to destroy. 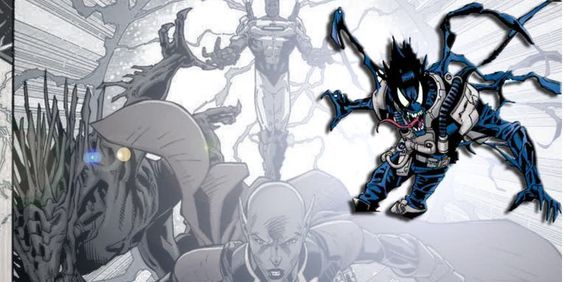 Regarded by the Shi’ar Empire as one of the 5 most dangerous criminals in the world, ZZZXX has the unfortunate habit of slowly eating the brains of its hosts.

Although very powerful and dangerous, in a fight against the Fault, ZZZXX was shot into a tear in spacetime by the Starjammers, into the Cancerverse. 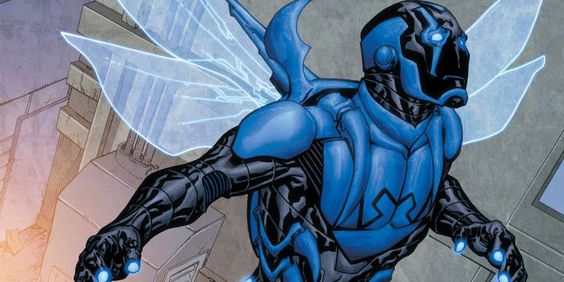 Jim Reyes is the latest Blue Beetle. His armour is different than the older ones. The scarab Jim bonded with turned out to be of alien origin. The two are literally inseparable.

The Blue Beetle’s sentient armour is loaded with a whole host of offensive and defensive capabilities. It also gives the user enhanced strength, durability and flight. It can create all kinds of weapons and has the ability to fire energy blasts from the hands.

Shanhara, the X-O Manowar, is a sentient battlesuit that is also a holy relic for the alien race Vine. Shanhara’s bonding with Aric, a Visigoth warrior who fights the good fight, has made X-O Manowar a powerful superhero in the Valiant Universe.

Shanhara’s ancient and powerful abilities cross between organic and technological. X-O Manowar can interact with complex alien tech, heal Aric, fly, shoot and absorb energy blasts, stop Aric’s ageing, fire missiles and so much more. Venom would not last long in front of her, but that is definitely something we would love to see. 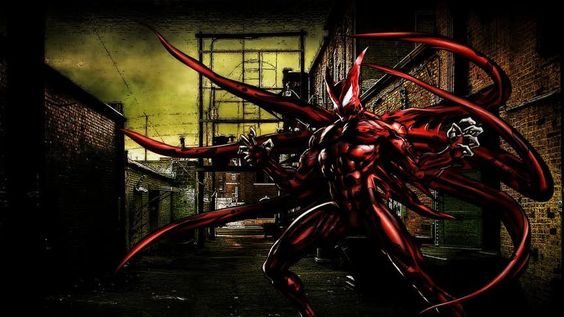 When The Life Foundation forced the Venom symbiote to reproduce, it caused a lot of dangerous offspring to come into existence. Four of these combined to form Hybrid and then sought out Scott Washington, a former guard(who allowed them to escape) who was crippled and bonded with him. Not only did Hybrid give Scott the ability to walk again, it also gave him access to incredible power.

Surprisingly, Hybrid keeps Washington’s aggression in check(instead of the usual another way). Eventually, Eddie Brock defeats Washington but fails to destroy the four symbiotes who unite again. At one point, they bond with Deadpool to help defeat Carnage and Shriek. 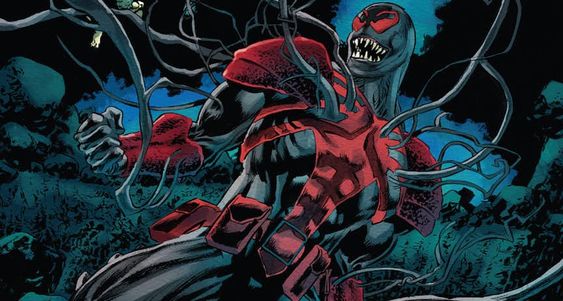 Venom’s 1000th symbiote and Carnage’s offspring, Toxin is susceptible to psychopathy and bouts of extreme violence. Both Venom and Carnage were worried about any offspring that would be of Carnage. Instead of destroying Toxin, Carnage implanted it into Patrick Mulligan, a police officer. Patrick vows to use Toxin to become a hero and fight crime.

As Toxin began to grow stronger, Venom and Carnage fought side by side to destroy him. They failed. Toxin’s mind remains separate from his host and they often converse. Retaining the abilities of both Venom and Carnage and yet being stronger than them makes Toxin very dangerous to both.