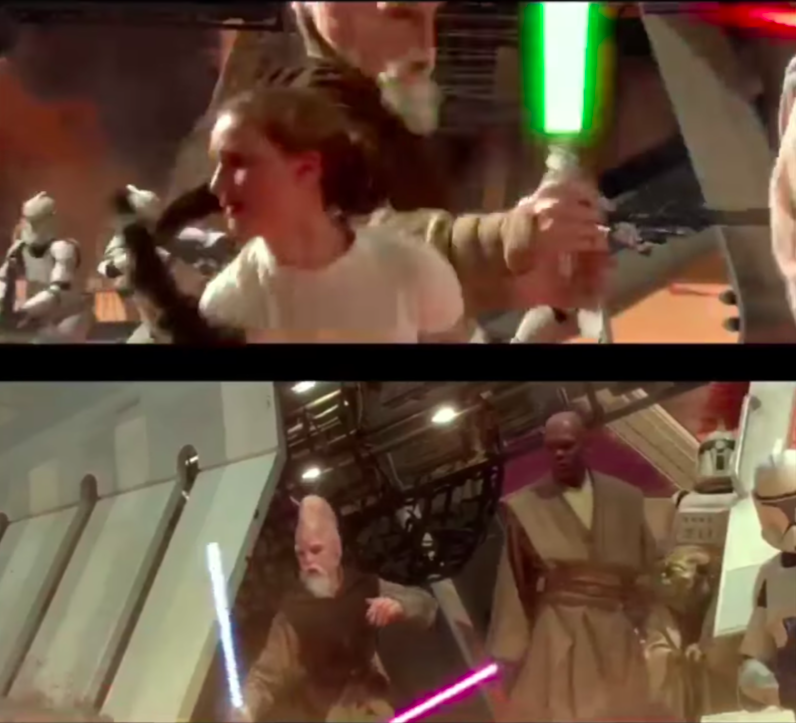 During Attack of the Clones, Ki-Adi-Mundi’s character was victim to a rather funny but unfortunate mishap. His lightsaber was originally blue. When Yoda arrives, his blade magically turns green. When Ki-Adi-Mundi, Yoda, and Mace Windu are on the LAAT gunship, his lightsaber again turns blue. This is just one of many examples how the Star Wars prequel trilogy movie failed in giving attention to minor details. 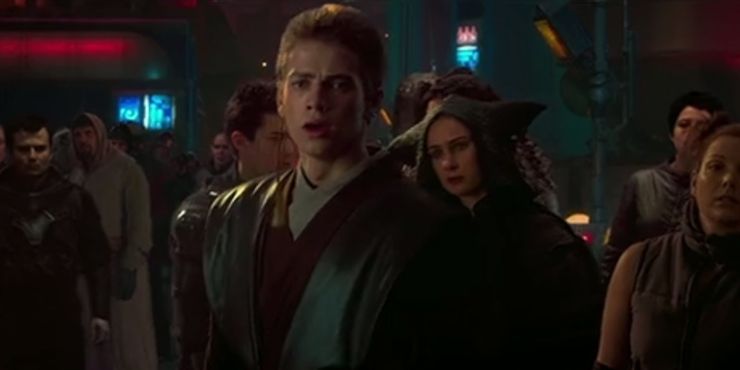 When Anakin is chasing Zam, the camera cuts across two scenes that are literally the same. The same shot of Anakin pushing past a crowd of people has been reused twice. Things like that are common in Hollywood movies but the lazy manner in which scenes are reused in the Star wars prequel trilogy movies only worsen an already brand movie series. 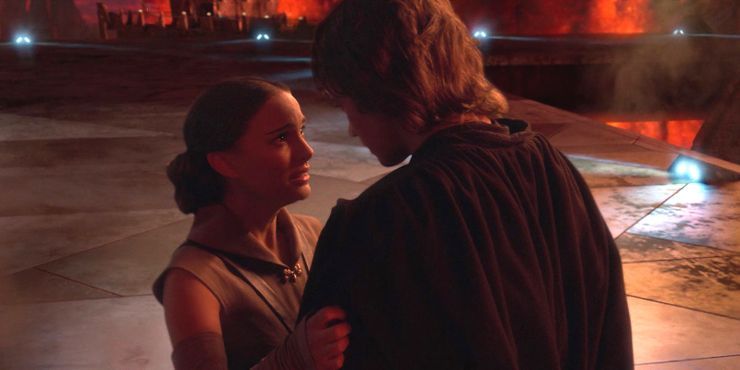 Many times throughout the star wars prequel trilogy, we see the actor’s lip movements being out of sync with the dialogues. In The Phantom Menace, for example, Anakin tells Padmé – “And I am doing it for you, to protect you.”. But his lip movements clearly show he was actually saying – “And I am doing it for you because I love you, to protect you.” Instead of reshooting it, they gave us an out of sync scene. 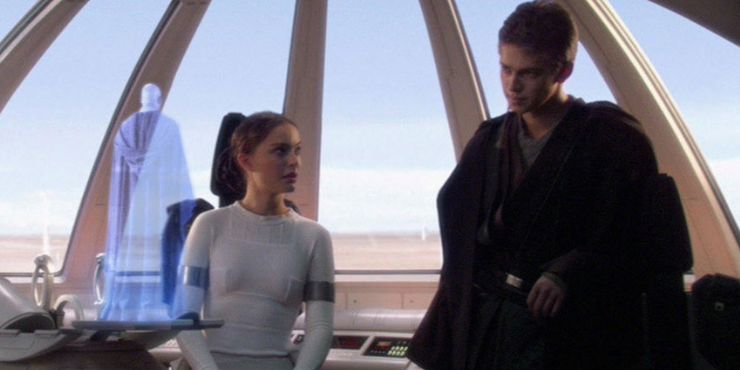 Padmé and Anakin are contacted by Obi-Wan . Padmé pushes a button that transmits the message to the Jedi back on the planet of Coruscant. A short while later, she pushes the very same button to pull up a map to Geonosis. While not a major goof-up, it shows how lazy some of the scenes and production designs were.

Jar Jar Gets No Water 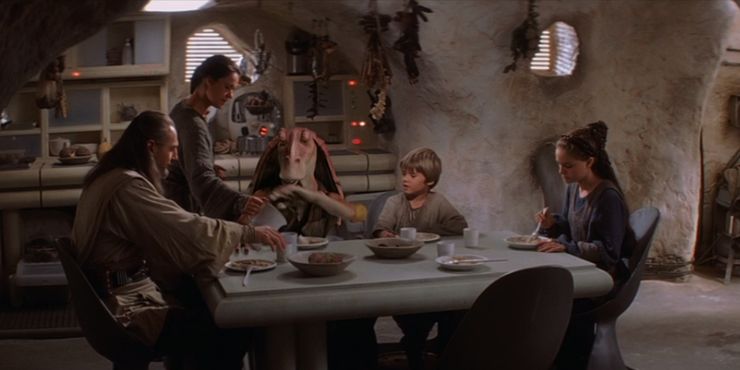 Padmé, Qui-Go, and Jar Jar visit Anakin’s home where Shmi Skywalker offers them food on her table. She pours a glass of water for everyone in the scene. But while the sound of Jar Jar’s glass being filled is audible, there is actually no water being poured.

The Disappearing Vents During Obi-Wan vs. General Grievous Fight 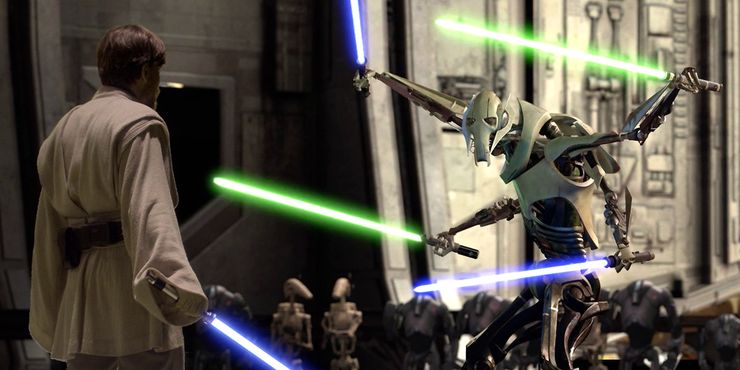 The battle between Grievous and Obi-Wan Kenobi is perhaps the most iconic fight in the Prequel trilogy. It does have its fair share of goof ups though. Obi-Wan used the Force to rip open a vent like object and crash it down on a couple of Magna Guards. When Grievous and Obi-Wan fight, the debris is no longer there. Considering it was such a short window for a droid crew to clan it up, it sounds nothing but an error. 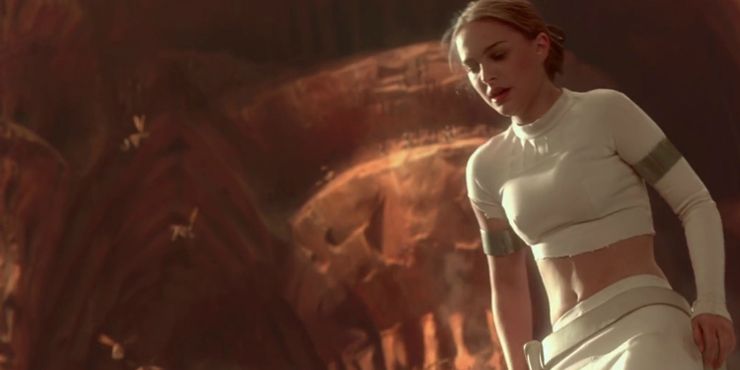 Natalie Portman’s character has garnered a lot of criticism and hatred over the years. And rightfully so. It was so badly written that many fans have pointed out numerous flaws within the character. When the Nexu attacks Padmé during the Battle of Geonosis in Attack of the Clones, she gets a nasty cut on her back, But surprisingly she is neither bleeding nor does her white attire have any blood stains in the next scenes. Wolverine got competition!!