John Doe can be seen outside of the window of the leather store. Moreover, the investigation was about Doe. 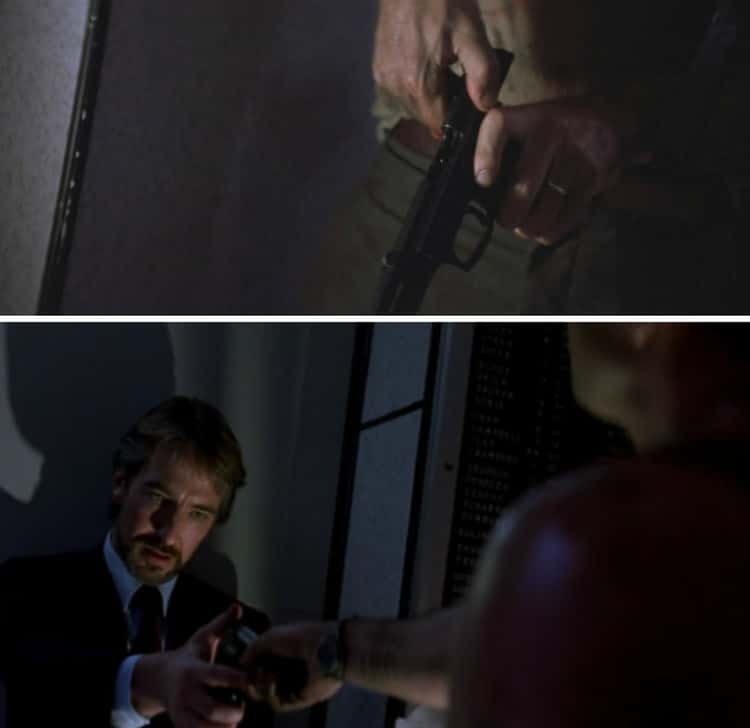 A very interesting detail. McClane can be seen holding the slide release on the side of his pistol before handing it to Clay. That’s because he knows he is Hans Gruber. He knows that it is an empty magazine. So if he didn’t hold the slide release it would be locked in the open/empty position.

The world knows it is going to be a mind-boggling picture if we have DeCaprio and Ruffalo in it. But did you know that the positioning of the guards in the interview foreshadowed the ending? Every patient has a guard behind it, even Ted. Hence, in the end, the same is revealed in a dramatic fashion. 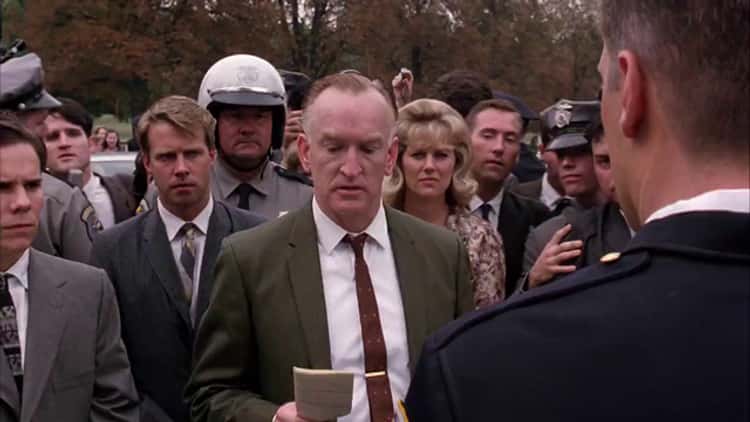 A very tiny detail that bods well with the current news. At the end of the movie, the DA who arrests Guard Captain Hadley reads the Miranda rights off of the card. Moreover, this scene takes place in 1966 which is the same year as Miranda v. Arizona Court that required these rights to be read to the suspect.

Two tiny details worth noticing have been found. Firstly, Jerry’s photo doesn’t fit well on the wall. Secondly, some of the photos are actually repeating with different color corrections. One possible explanation is that the director knew the shot doesn’t have much screen time and will not grasp that much attention.

6. Silence of the Lambs 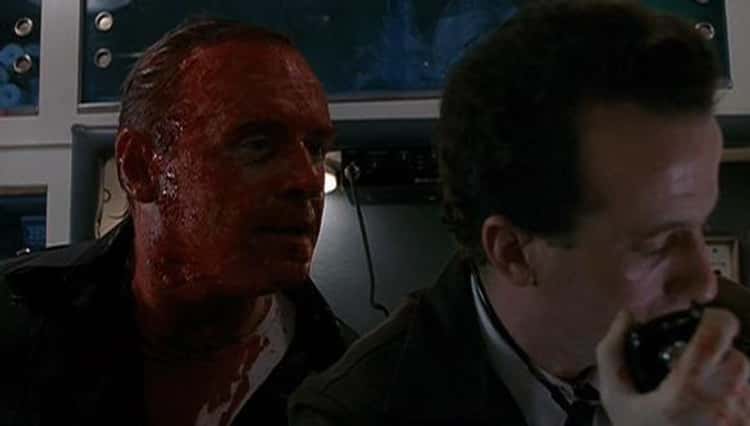 This is how you truly make a movie amazing. Earlier in the film, Dr. Chilton tells Clarice that Hannibal attacked a nurse and his pulse never got above 85. This is actually referred to once again in the film. Later, after killing 2 officers, the EMT shows his pulse to be 84.

If you have a knack for humor, action, and drama, then 21 & 22 Jump Street should be your go-to. If you remember, then in 21 Jump Street Jenko takes a bullet for Schmidt. This is shown once again in 22 Jump Street as Jenko still has the scar that the bullet left. I personally enjoyed the movies so much that I was bummed they didn’t follow up with more sequels.