The Marvel Cinematic Universe’s next phase begins in 2020 with Black Widow, which seems to be a fairly simple prequel thriller, but beyond that, the franchise’s future gets much more mysterious, beginning with The Eternals film. Even lifelong Marvel Comics readers are probably unfamiliar with the mythology of Titan’s strange race of quasi-deities, and they perhaps represent the most esoteric concept that Marvel Studios has attempted to adapt for the big screen. The origins of Marvel’s Eternals may be traced back to 1976’s Eternals # 1, and possibly even further if certain retcons are to be believed. During that time, they’ve been mentored by creative talents as remarkable as Jack Kirby and Neil Gaiman, leaving fans plenty of leeway to speculate about the path the MCU’s most odd new members may take.

8. The Movie Will Hint At Galactus: 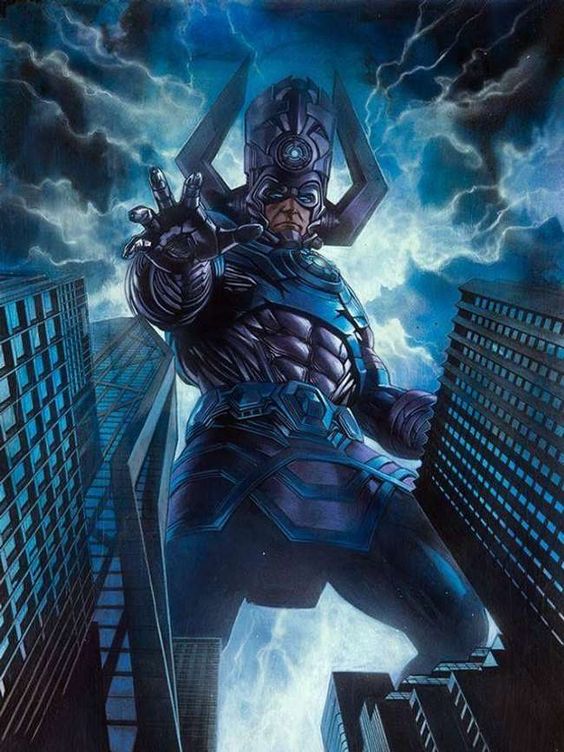 Now that Disney owns the Fantastic Four (FF) and all of its related assets, it’s only a matter of time until Marvel Comics’ most ominous danger appears in the Marvel Cinematic Universe-Galactus is coming, it’s only a matter of when. It would make a lot of sense if the first clues of the World Devourer appeared in 2020’s The Eternals, as Redditor/u/thatsoright believes would happen. Given that The Eternals will take place in both space and on Earth-and span thousands of years-there are plenty of possibilities to include references to Galactus and his legacy of devastation, even if they are kept vague at first. Of course, this would ultimately lead to an actual “Coming Of Galactus” narrative in the MCU, most likely after the FF themselves had emerged.

7. The Celestials Will Be The (Really) Big Bads Of The Film: 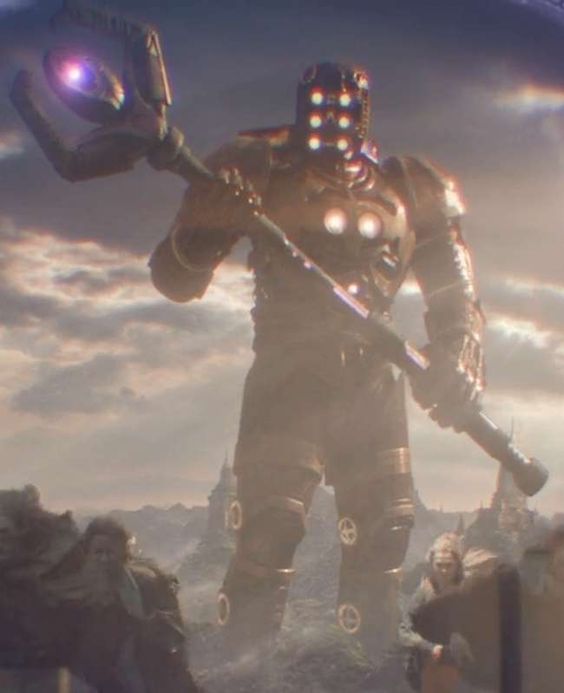 The Celestials are a tough race of creatures to pin down, whether in Marvel Comics or in the history of the Marvel Cinematic Universe. They’ve been presented as both the creative powers behind all superhumans in the world and as the type of danger that might bring that universe to an end-and Redditor/u/ak2sup believes they’ll be playing the latter when it gets to the big screen. The Eternals will explain much of the Celestials’ far-flung past in the MCU, as well as some of their reasons, as they recount their narrative. The three Infinity Gauntlet “snaps” that occurred on Earth are exactly the type of occurrence that would grab their cosmic attention, so the Eternals might demonstrate that they’re now on their way to study the planet-culminating in a major looming danger for the franchise’s future. 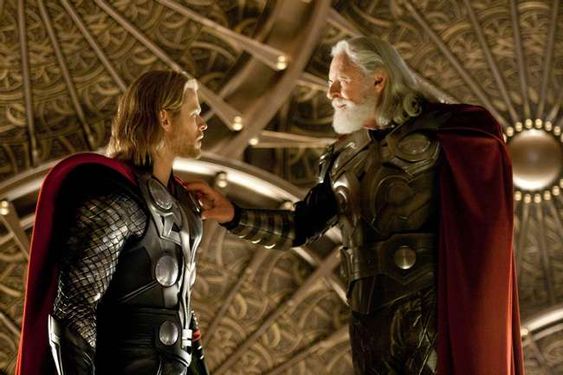 Thor, Odin, and all the other Asgardians in the Marvel Cinematic Universe have always had a hazy origin story. They are technically aliens, but they define their home as a realm rather than a planet, and their personal histories coincide with those of the terrestrial deities they are claimed to have inspired. According to Redditor/u/CyberpunkV2077, a more detailed explanation of the Asgardians’ origins may be expected in 2020’s The Eternals. According to them, “a lot of [the Eternals] are largely based on Greek/Roman mythical heroes and gods… thus, it would make a lot of sense to see MCU Asgardians retconned into becoming an Eternal “tribe” or whateverever. That will also give them a particular link with Thor, who believes that the bulk of his people died after Ragnarok. Giving Thor a completely new set of individuals to bond with and revealing just what kind of person he is would imply even more character development for a character who has already gone through several transformations over the course of three MCU eras.

5. ‘The Eternals’ Will Explain Everything About The MCU: 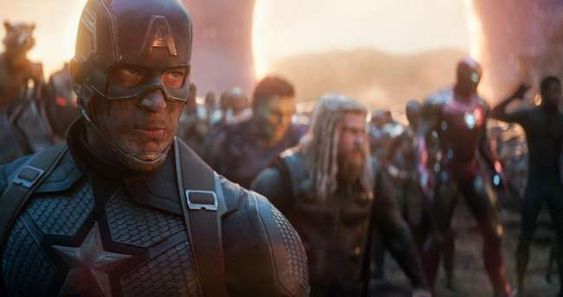 Marvel Comics takes pleasure in providing adventures that appear to be happening in the world outside your window, assuming that reality includes superhumans. Some theories have been proposed throughout the years as to why so many superpowered people live on Marvel’s version of Earth, with several of them including the Celestials – ancestors of the Eternals. According to Redditor /u/fan thatkiddonovan’s theory, the Marvel Cinematic Universe is on the verge of a similar revelation: the Eternals will expose the Celestials’ experiments on humanity. As a result, humans have a “empty slot” in their brains that is ready to be filled with a superpower. In Iron Man 3, [Aldrich] Killian explains it to Pepper [Potts]. “Extremis exploits our bioelectrical potential,” he explains. And it’s going here. This is basically an empty slot, and it informs us that our intellect, and indeed our whole DNA, is intended to be upgraded.” This shows a great deal. It also implies that Wanda, Carol, and maybe T’Challa (depending on the Power Stone’s connection to Wakanda/Vibranium) are all carrying the power of the Infinity Stones in their minds. I wouldn’t be shocked to see more Infinity-People before the next event film. Mutants can begin filing into the MCU following Eternals since this “empty slot” story line provides them with a MASSIVE opportunity. This would not only assist to explain the presence of superhumans throughout the MCU’s history, but it would also pave the way for more of them to emerge in the near future, specifically the X-Men and the Fantastic Four.

4. ‘The Eternals’ Will Depict The Decapitation Of Knowhere: 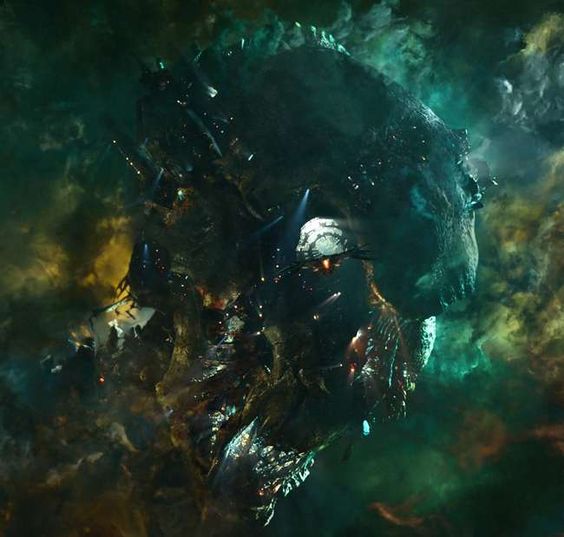 Sometimes a fan theory is so simple and makes so much sense on a conceptual level that it doesn’t require much content to be convincing, as is the case with Redditor/u/CorvusGuevara, who posted just a picture of a Guardians of the Galaxy location with the caption, “What if The Eternals movie shows the [demise] of the Celestial that becomes Knowhere?” Knowhere, as long-time MCU fans are aware, is a space station built within the lopped-off skull of a massive and long-dead Celestial. Given that the Celestials are an important part of the Eternals’ background, and since the majority of the film is said to take place in the distant past, it appears only natural that spectators would be treated to a bit of a backstory for the only other Celestial they’ve encountered so far, even if it’s a very horrific one.

3. The Movie Will Mention Apocalypse: 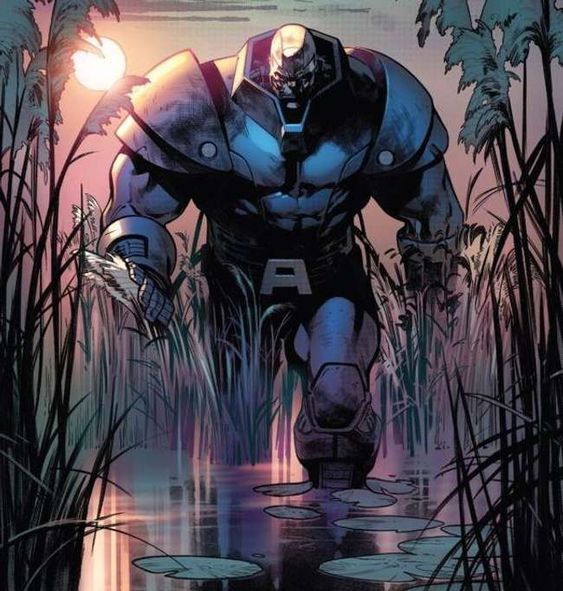 Because Ajak, Makkari, and their other Eternals are such unknowns, it’s impossible to pin down any potential narrative for their premiere picture, even who the enemy may be. While there is no shortage of possibilities in the cosmic annals of Marvel Comics, Redditor/u/AustinNineSeven believes there should be some mention of an earthly baddie of really epic proportions-En Sabah Nur, best known as the mutant Apocalypse. With The Eternals spanning thousands of years, there’s a high likelihood that part of the action will take place around the same time as the Apocalypse’s ancient Egyptian roots. Even an Easter egg involving Apocalypse would be important, since it would be the first reference to anything mutant-related in the MCU-fitting, given that Apocalypse is sometimes described as history’s first mutant. 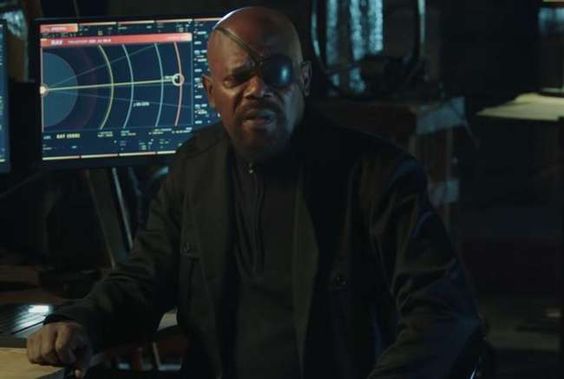 The very final scene of the Marvel Cinematic Universe’s Phase 3 reveals Nick Fury’s newest project-a secret organization in space that, based on Marvel Comics precedent, will almost definitely be named as S.W.O.R.D. Given the Eternals’ alien origin, it’s a safe guess that they’ll cross paths with Fury and S.W.O.R.D. at some point, and that’s precisely what Redditor/u/Griffy14 predicts will happen in their premiere feature. Indeed, their fan idea goes even farther, proposing a possible opening sequence for The Eternals that would tie everything together: The opening scene of The Eternals will take place on the current day. As an unusually huge space ship approaches Earth, Nick Fury and S.W.O.R.D. operatives will be on high alert aboard the S.W.O.R.D. space station… The Marvel Studios opening logo will then be displayed, followed by the rest of the film. It would be a nice approach to bring Ikaris, Sersi, and the others into the MCU’s contemporary period before digging further into their secret history.

1. They’re The Legacy Of The Infinity Stones And Cousins Of Mutants: 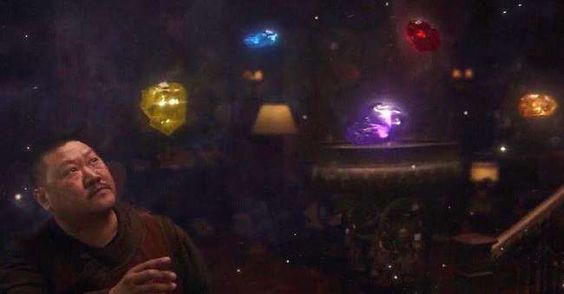 The narrative of the Infinity Stones looks to have ended with Avengers: Endgame, but that may not be the case. According to Redditor/u/fan insane ravager’s hypothesis, the Stones might reappear in The Eternals as part of the titular race’s origins-and this could pave the way for the advent of another superpowered terrestrial species, the mutants. According to their theory, [the Celestials] utilized the Infinity Stones not just to wipe out worlds, but also to experiment on races of creatures (such as humans) whom they judged worthy. As a result, a race of strong creatures known as Eternals was created. Furthermore, these trials did not only produce Eternals, but also infused some latent talents into a fraction of the remaining people who could not be transformed into Eternals. To make a long tale short, mutants were created alongside the Eternals. A comparable phenomenon to that seen in comic books. Since the Eternals are already known to have been created by the ancient Celestials, and the Celestials have already been closely associated with the Infinity Stones in the Marvel Cinematic Universe, the idea isn’t that far-fetched-especially given that everyone is aware that mutants will be arriving in the near future.

So yeah, these are the 8 Fan Theories Regarding ‘The Eternals,’ Marvel’s Most Mysterious Film. Well, if any of these theories come true, I’m damn sure Eternals will be one of the most epic movies in the MCU. So what do you guys think? Which among these theories do you guys think should come true? Please give us your valuable thoughts in the comment section below. Until then, keep reading Animated Times, the perfect place to get a closer look at the entertainment industry, upcoming movies, TV series, celebrity gossip, and much more. We’ll have you covered. Keep reading animated times, guys, for more.