We didnt see my ch of Asgardians in Infinity War just because we have a shortage of them. The tragedy started in The Dark World and continued in Ragnarok where Kig Odin, the Warriors Three and their army with the planet persuading to fulfill Asgard’s prophecies. Thanos killed Heimdall and Loki in Infinity War and now we’re just left with Thor, Valkyrie, Sif and half a planet of Asgardians. We don’t know the whereabouts of Sif and Valkyrie since Ragnarok.
Today we will tell you about those Asgardians you would rarely know from the comics who could easily become formidable villains or heroes in MCU. 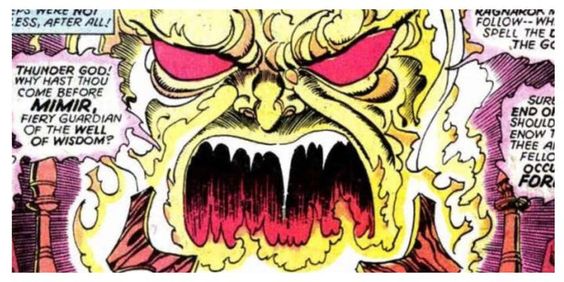 When it comes to wisdom and knowledge, there’s no one to beat Mimir. He was one of the sons of Buri and is Thor’s great uncle and was a hostage in the war between Asgardians and Vanir. Vanir cut off his head which was alive and sent it back to Asgard. He appears as a fiery, angry head that lives in the Well of Wisdom and he can see the future and has helped Thor and Odin on various occasions.
He appears rarely only when Thor or Odin are out of positions and that’s when they seek help of Mimir who’s at Well of wisdom, which lies at the base of World Tree. 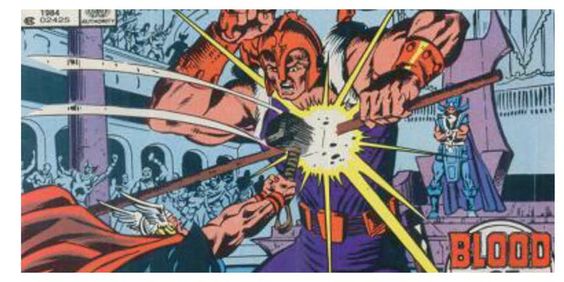 He’s the God of strength and was also the God of vengeance in the Norse mythology. He’s Thor’s half brother and is ten feet tall, nearly as strong as Thor himself and was asked to live outside Asgard by Odin after a prophecy and kept his identity a secret. Vidar never lived inside Asgard and maybe that’s why he survived the events of Ragnarok. He’s suspected to live in the countryside of Vanaheim or with the Asgardians that survived Thanos’ attack.
He’s a great warrior and his trait of vengeance makes him dangerous and a fit participant for the new Revengers team. 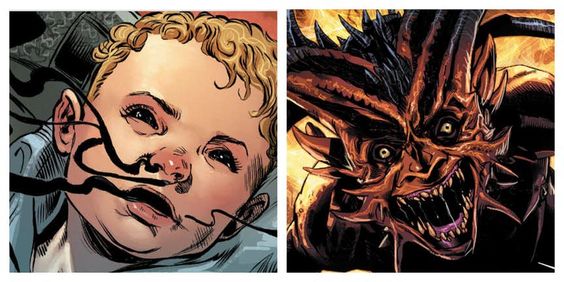 She was Odin and Freyja’s natural born child but due to reasons she inherited most of her traits from Surtur, the fir demon. Even as a child, she could change into a fire demon. She was a threat to the Realms, even as an infant. She was kidnapped by her sister Angela and was put in Heven’s furnace. After the extraction of her powers, she was bought back to Asgard but a portion of powers remained inside her.
MCU hasn’t bought her in yet though she would’ve been born around the events of The Dark World and maybe, adding her would introduce fire demons into the MCU. 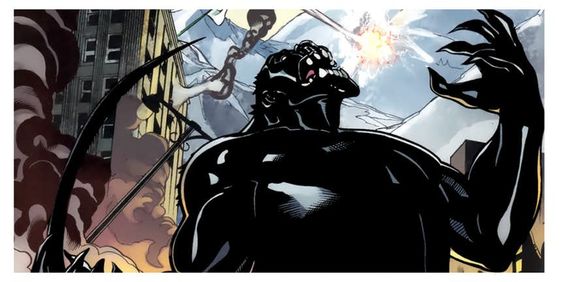 He’s the breaker of worlds and is one of the Cul’s eight Worthy. Like all of Worthy, Cul pushed in Nul’s essence into a hammer during a fight with Odin so that he can recall the warrior later. The hammer is found by Hulk who is used by Nul to create destruction. He made Hulk more powerful and reckless than ever and after the hammer was destroyed, he became an entity of his own.
Even Hulk compared its power and rage with his own while telling the Defenders about it. This villain can definitely stand on his own and is capable of wreaking havoc on Earth. 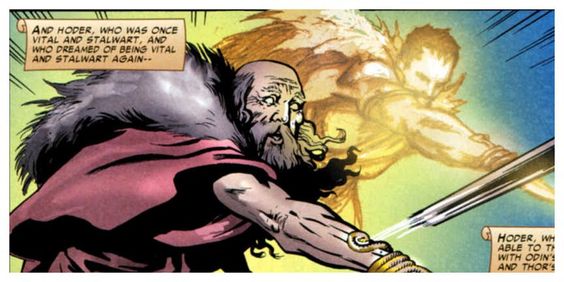 He is Thor’s cousin and is a highly skilled and handsome warrior. By the time he comes to the comics, he’s blind and old but he’s still capable enough in combat. He has precognitive abilities which allows to show him the future and he is really good with the bow and arrow. He is known for killing Balder with an arrow, fulfilling the prophecy and his death began Rangnarok.
There’s no reason why he hasn’t shown up in the MCU yet and he can be one of those warriors who can stop Thanos for a while and Thor might seek his counsel in the next film. 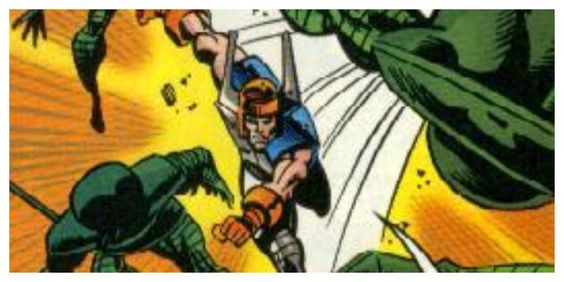 He’s the son of Odin and the Asgardians version of Hermes. He is the God of speed and can run faster than the speed of sound. Being a great horseman, he once rode to Hel and asked The Goddess of Death to revive Balder. He even opposed Odin’s plan to kill Earth’s inhabitants and helped Thor in escaping the prison.
We can see him in MCU but not necessarily as the Son of Odin because at this point it would be way too complicated to introduce him as Thor’s brother. 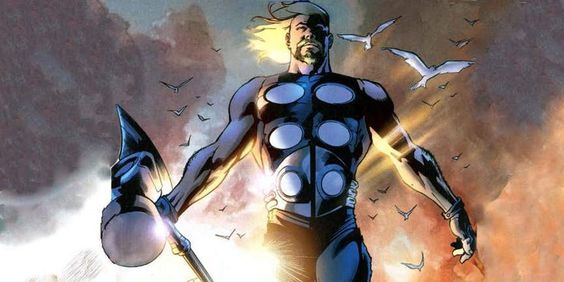 We wouldn’t be surprised to see characters from alternative universes after the introduction of Infinity gauntlet. His powers have fluctuated in the past where he lost them after he got banished to Earth. As a human, he had just a few memories of his godhood past and he ended joining a program for Super Soldier serum. Thor emerged with a mechanised belt and a hammer that stimulates most of his old powers. He occasionally assumed his natural powers and his true hammer, throughout his adventures.
We might see this version on the big screen with the infinity Gauntlet in role which can create a portal between universes. We at least hope his hammer to make an appearance! 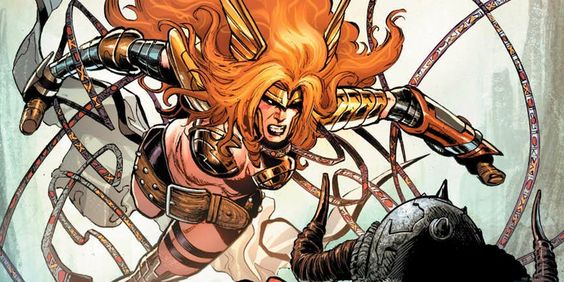 Odin has so many chidren and well, Thor has an older sister who spent a millennia in Hel who was kidnapped by Queen of Heven but was saved by the queen’s handmaiden who raised her as an angel without wings named Angela. Thor doesn’t have any knowledge about her until the events of “Original sin”.
She never returned to Asgard and went to explore the universe and she’s as skilled as Thor in combat and we can just see her in Avengers 4 after the cataclysmic events of Infinty War.